If You Wear a Mask While Working Out, Will It Build Up Your Lung Capacity?

Even if it could, would you want to risk it?

If you’re a member of a gym in a state that’s relaxed its COVID shelter-in-place orders, you’ve undoubtedly received an email in the last week (or three) welcoming you back into the building. It probably looks something like this: 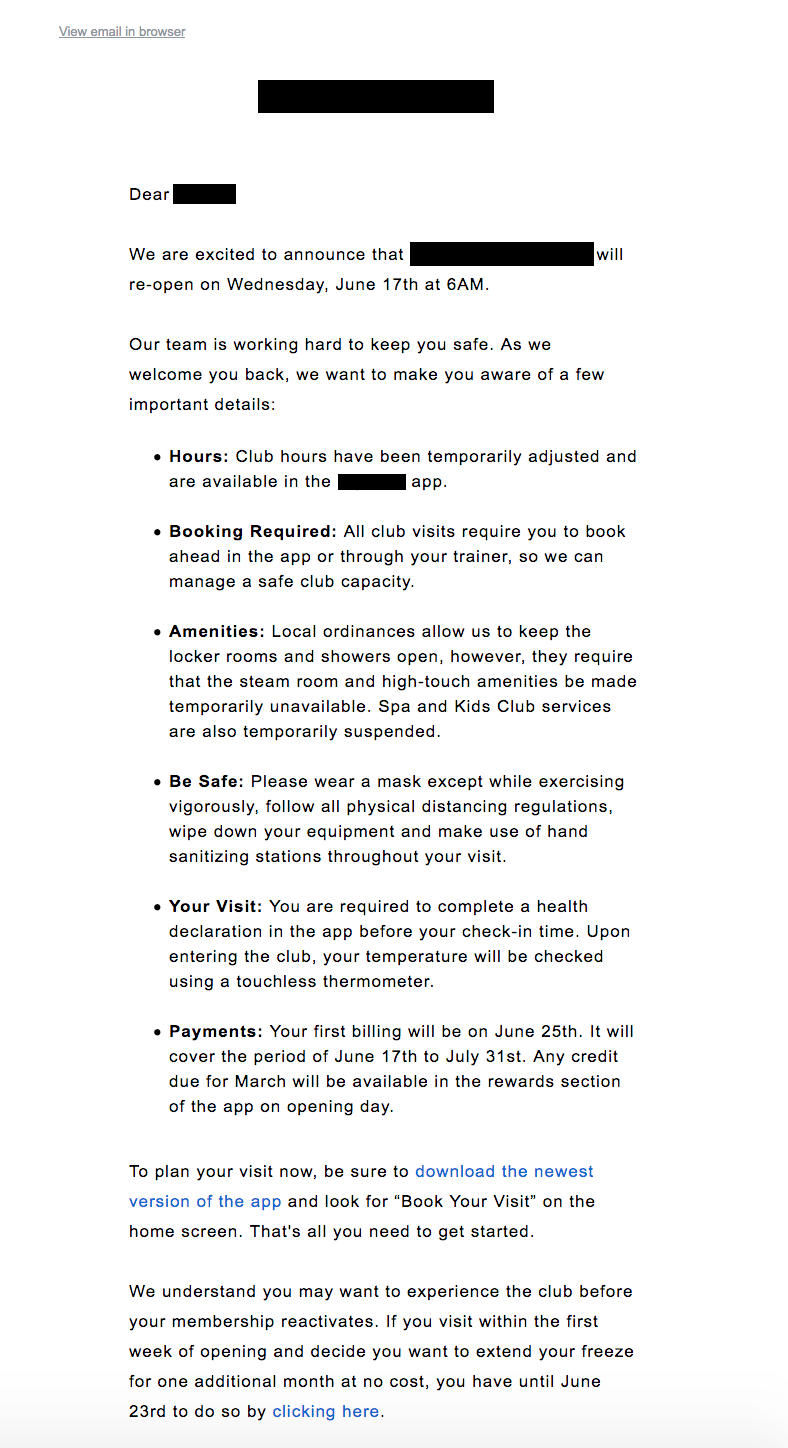 Now, a strong-to-very-strong case could be made that we opened up waaaaay too soon. But ignoring that particular elephant in the room, you’ve likely seen that there are new rules you must follow to be allowed in for your workout. Things like regular temperature checks, no locker room access, and likeliest of all, mandatory mask-wearing.

Thus far, most gyms have limited the latter requirement to “non-vigorous” activity only — basically, when you’re coming or going through the front doors. On the other hand, infectious-disease experts have opined that masks should be worn at all times. So it’s not hard to imagine a world in which you’re going to be asked to wear a mask on the treadmill/StairMaster/squat rack/every-other-piece-of-equipment-on-the-premises, too.

Which begs the question (again, to blatantly ignore another giant elephant in the room — the politicization of mask-wearing): Does this have to suck? Or more politely put, can it be used to your advantage? That is, could working out in a mask either increase your red blood cell production or bolster your lung capacity to make up the difference? (WE’RE ALL ABOUT THOSE GAINS BABY.)

Research has indeed shown that there are physiological benefits to wearing a mask while working out. Case in point: A 2016 study in the Journal of Sports Science and Medicine found that mask-wearing while exercising not only increases maximum oxygen intake, but also increases the level at which your body begins to fatigue and produce lactic acid, the scientific underpinnings of which have created an entire market around exercise-resistance masks.

So, yes, masks can and do put strain on your system, which, in turn, can induce your lungs to adapt and work harder to feed your body with air. But does that make it okay to put into practice — or for gyms to mandate it?

Umm, not so fast. “That’s insane,” neurologist David Friedman tells me. “Masks can cause a resistance of airflow, which can lead to hypoxia [i.e., lack of oxygen] in the body. Because exercise leads to faster and harder breaths, wearing a mask while exercising can further inhibit oxygen intake. Not only that, but lifting weights while depriving yourself of oxygen can be life-threatening.”

In other words: Maybe plastic workout pods aren’t so crazy after all.