I Demand Justice for Tuna!

First of all, I’d like to share a very funny Los Angeles magazine feature, by Samuel Braslow, about how four bureaucrats of the California DMV determine whether to approve or deny many thousands of vanity license plates requested by drivers each year. “Ever since vanity plates were introduced in 1972, Californians have tried sneaking all manner of sly euphemisms and overt obscenities past the department’s guardians of civility,” Braslow writes, and said guardians must also be on the lookout for unintentionally offensive character sequences: One poor guy with the last name Moorehead couldn’t have “MOOREHED” on his plates because… well, you know.

Included in the piece was a decision the DMV made on an application for plates that read “TUNAFSH.” The guy had explained on his form that he was a pro fisherman who fishes for tuna “all over the world.” The DMV employee wrote that they’d Googled the man and confirmed this — then denied his request anyway. No mention of how else “TUNAFSH” could have been interpreted. Readers (myself included) were fuming:

This is indeed an outrage, and I demand an appeal. Tuna aren’t going extinct just so for us to disrespect them this way. I can only guess that the DMV’s slight oversensitivity to potentially crass lingo is to blame — apparently they consider “monkey” to be a euphemism for “vagina,” which is frankly baffling — and that any phrase with a whiff of fishiness is considered a reference to strong pussy aroma. Nonsense, I say! Nobody but a witless 13-year-old boy would look at the license plate “TUNAFSH” and think, Heh, tuna fish, like how a vagina smells, because we aren’t living in an episode of Beavis and Butt-Head. We’re well aware that normal, healthy vaginas have no fishy scent. Let the fisherman have his harmless tuna-themed car, you pen-pushing perverts! Cowards! 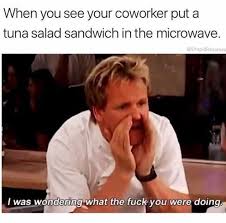 And while we’re at it, how about some justice for people who eat tuna sandwiches at the office? I will never understand the cranks who complain day after day that a coworker — get this — brings lunch from home and heats it up in a shared kitchen. Canned tuna fish is inexpensive, widely available and a simple, unpretentious meal. Sooner or later, someone’s going to take advantage of this reality. If the odor really offends you, maybe take it as a cue to mind your business, head back to your desk, and do your job, Carol. I could sympathize if this was happening on a subway or a plane, but seriously, try to level up on your gripes. Otherwise, you run the risk becoming Andy Bernard from The Office. Andy is… so awful. 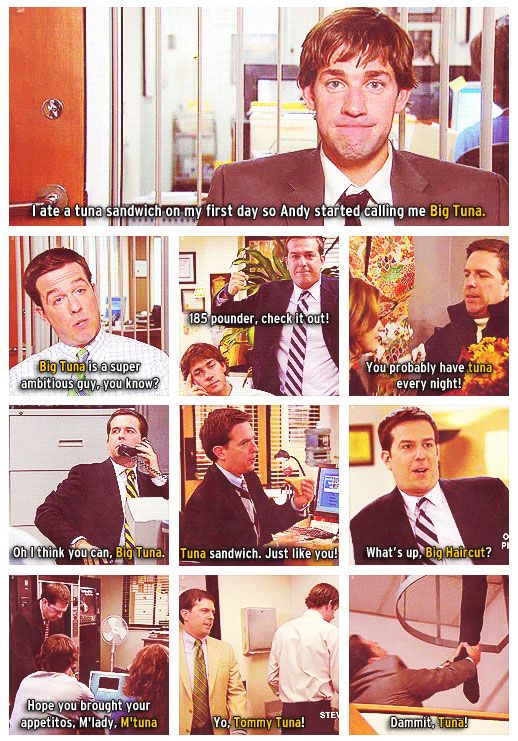 Don’t even get me started on the weirdos who straight-up hate the idea of tuna and think they need to let the world know. Fine, great, I won’t have to make a reservation at the sushi restaurant. Enjoy your billionth grilled cheese or whatever it is you find acceptable as food. Just know that the vast majority of America trusts your culinary taste as much as Jessica Simpson’s ability to discern between fish and chicken.

I’m sick of this. Tuna is amazing, and it deserves far better. It’s nutritious and delectable. A fresh tuna tartare? Tuna steak with mango salsa? Outstanding. Inspired. They’re cool before we serve them, too: Did you know tunas are some of the quickest fish in the ocean, and a yellowfin can swim as fast as 47mph? That tuna will smoke your ass. Tunas migrate ridiculous distances, live up to 40 years of age and wreck fishing poles. Some guy caught one that was nearly 1,500 pounds. Pretty much their only predators are whales, sharks and us — but we hardly deserve a spot on the top of that food chain. 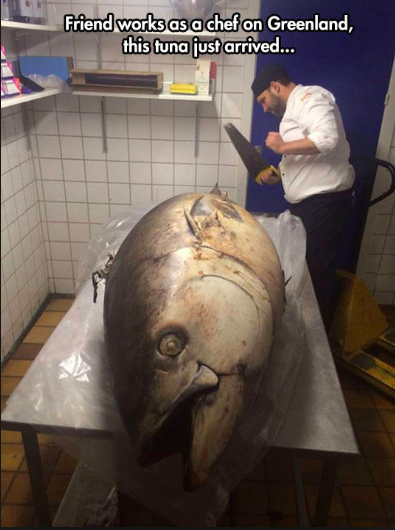 Again, one day the tuna will be gone, and you’re gonna feel stupid that you never tried a tuna melt when you had the chance. Trust me. Not sure what else I can say to the anti-tuna crowd, except: reevaluate your choices. The California DMV is letting people put “S8TAN” on their license plates — no lie, I also saw “5LUT” the other day — but not an innocent ode to the mighty tuna. Unacceptable. When I wake up tomorrow, I expect the mistake to be sorted. For god’s sake, salmon doesn’t have to put up with this shit.