What do you get when you combine people’s undying love of houseplants with a selfie-obsessed culture hellbent on sending nudes? That’s right — nudes, but with plants

Have we not all yearned to be like Adam and Eve before sin, walking through a plant paradise wearing nothing but that which we came into the world with? Imagine frolicking nude through the greenery, enjoying nature with both flora and body as one.

Unfortunately, for many of us, we live in apartments and would prefer to avoid a public indecency charge and a lifetime ban from our local botanical garden. And so, we have houseplants instead.

On the subreddit r/HouseplantWhores, indoor home gardeners pose naked (or nearly so) with their dracaena trifasciatus, tradescantias and echeveria chihuahuensis. There are no text posts, no memes and no promoting of outside content — it’s simply naked bodies paired with plants of all types. Something just seems to work about the combination — the rich green contrasts beautifully against all skin tones, while the natural lighting required to keep plants happy gives everyone a gentle glow.

Among the nearly 19,000 subscribers, there’s a range of exhibitionism and plant expertise on display. For some, it appears an interest in plants inspires their participation in the subreddit, while others just so happen to enjoy taking nudes with their plants in the background. Both ends of the spectrum are welcomed, so long as the plant is an integral part of the process. “There’s hundreds of subreddits for posting, this subreddit is for spicy plant content,” a r/HouseplantWhores rule states. “Try to keep the plant or plants relevant to the pic, meaning a lone plant on the shelf in the background probably isn’t gonna cut it as far as being a plant-themed pic.”

By that, Splooge seems to be saying that an appreciation of plants is similar to an appreciation of the human body. “Plant folks have a special fondness for including the beauty of the plants they love and put a lot of hard work into,” agrees AmeliaKitsune, another mod. “It adds a sort of artistic quality to the pictures regular nudes don’t always have.” There’s also a private Facebook group version of the subreddit, where many plewd (plant lewd) posters also share advice on plant maintenance.

That said, other posters are simply in it for the nudity and the fact that most non-foliage nudes are, well, kinda uniform. “It’s just a way to stand out and incorporate an already existing interest in plants,” says whistlingkitedragon, a male poster who’s predominantly active in nude-sharing communities on Reddit, rather than plant ones. In a recent post, he carefully placed an orchid in front of his naked body, his penis just out of view. For him, using plants in nudes to spice them up makes more sense than any other item. “After a while, you feel like doing something other than taking an ordinary nude, so you add props,” he continues. “Also, plants are pretty, so it kinda works out.”

For David Hensley, a plant scientist and agricultural field researcher in the Virgin Islands, all of this only underscores his theory that houseplants have “always been sexy.” “Plants to me are very dignified because they don’t make noise and or have egregious outward reactions,” he says. “They just sit there looking regal and lush all the time. It’s funny to see people sexualize that.”

This sentiment is something my former colleague Hussein Kesvani previously highlighted in his exploration of Instagram’s many “plant thots.” As he wrote much earlier in the pandemic, “Since the beginning of lockdown, my Instagram feed has been inundated with Plant Daddies — the kind of guys who name their plants and sing to them on Instagram Live.” Just as nurturing plants became all the more popular during our time at home, so did posting on NSFW subreddits. r/HouseplantWhores can be interpreted as the inevitable combination of the two trends.

Whether people are there to show off their dicks or their orchids, the result is the same — a subreddit abundant with natural beauty. More than anything, it’s a contemporary form of an aesthetic that’s endured for centuries. If the Garden of Eden is to be believed, it might even be the earliest aesthetic of all. 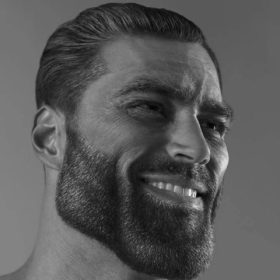 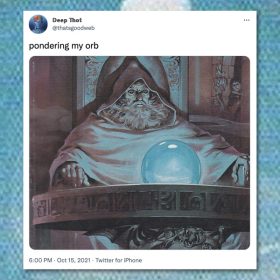