Ex-Husbands Living Off Alimony, Getting Botox to Look Less Angry and the Right Way to Play with a Man’s Balls

Guys who get Botox to rid themselves of a “resting angry face” is pure “2019,” and I’m here for it. Now that I’m aware that it’s even a thing, I can think of, I dunno, at least one celebrity who needs to get himself to a Botox party, stat: 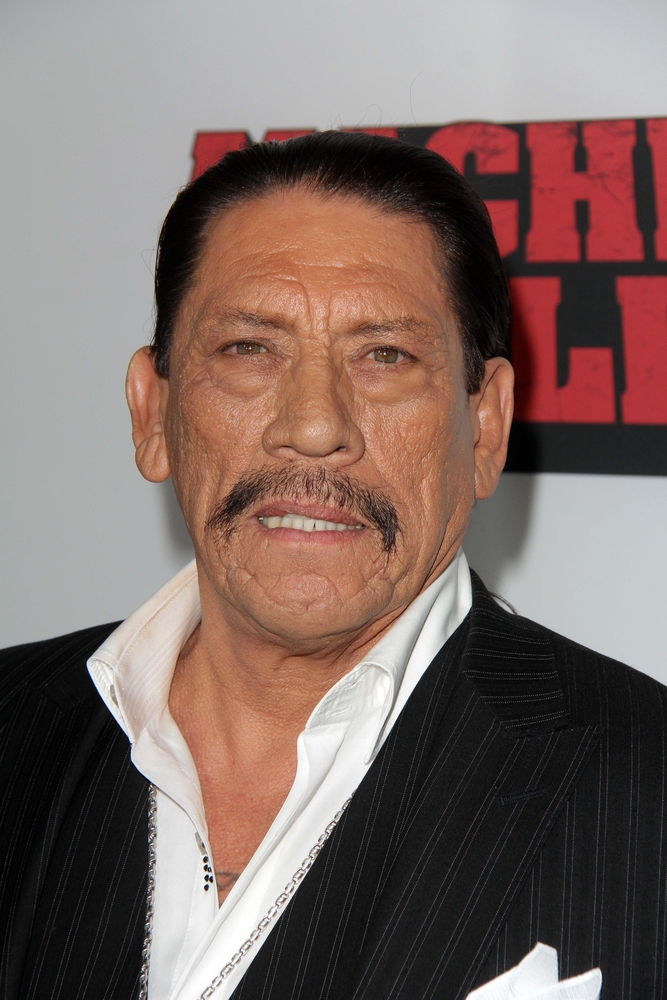 Though, when your brand is built around looking rugged af like Danny Trejo’s is, smoothing out your pissed-off forehead lines might be hell on your career.

“Can Not Going to College Be Fatal?”
New research suggests that, in the U.S., the less education you have, the more likely you are to die an early death. Disturbing news, to say the least, but it’s all the more disturbing when you take into account the fact that this education-derived disparity in mortality rates seems amplified compared to most other high-income nations. And in no demographic is the phenomenon more pronounced than among white men and women, aged 45 to 54, a spike researchers are attributing to soaring rates of suicide, alcoholism and drug overdoses — i.e., “deaths of despair.” READ MORE

I’M NOT MAD — LOOK AT MY FROZEN FACE

Botox isn’t just a way for women to freeze their faces into a nightmare rictus. It’s both generally pretty safe, and very much for men. Except, some men aren’t using Botox for its visage-freshening intended use. They’re getting Botox to reduce their apparent “resting angry face” at work — something the procedure is particularly adept at.

Living Off the Fat of Her Land

According to 2010 census data, only three percent of the 400,000 people receiving alimony were men. But as workplaces become more egalitarian and women increasingly take on the role of primary breadwinners in households, that number has started to change. That doesn’t mean, though, that the alimony process for men isn’t an uphill battle, with bias in the courtroom and feelings of shame at home.

Home Is Where Your Ex Is

Speaking of divorce, as shitty as that experience is, at least it comes with one theoretical silver lining: getting the fuck out of dodge so you can get over it and get on with your life. Unfortunately, not every dumper or dumpee gets to realize that silver lining. In fact, staying under the same roof after a divorce or breakup is increasingly common these days — often for financial reasons. If that sounds like something that might happen to you when/if shit hits the fan, brace yourself, because the only way out of that awful situation is going through it. Here are some tips from the trenches.

Libidos Up, Dicks… Down?

The Simpsons Are Back! Well, Kinda

Remember the good seasons of The Simpsons, i.e., Seasons 3 through 8 (give or take) when the show was in peak form with episodes like “Radio Bart,” “Marge vs. the Monorail” and “Stark Raving Dad”? Yeah, those are long gone, and the show in its current form, has largely jumped the shark. But that hasn’t stopped one Simpsons Facebook group, Ireland Simpsons Fans —  from preserving and transforming the show’s original spirit the only way it knows how: Through the best memes this side of Springfield.

“Judge not, that ye be not judged.”

That’s Matthew 7:1, a bible verse that decidedly does not apply to Reddit’s r/AmITheAsshole, a Schrödinger’s cat of a subreddit where people recount a situation where they may or may not have acted like an asshole, and then are judged by their fellow redditors as either YTA (You’re The Asshole) or NTA (Not The Asshole).

Stories labeled “YTA” are generally incredible reads, but even more interesting are the proceeding tales of an asshole’s path to redemption.

A MEL Public Service Announcement: Easy on the Nuts

Ladies, please, be careful with our balls. The fact that you want to play with them sexually sends us over the moon, really. But honestly, there’s a chance you’re handling them a bit too roughly. Trying to explain what it feels like would be like you trying to explain childbirth. But there is a way for everyone to enjoy themselves. Oh yes — there is a way.