Why Is It Considered Wrong to Wear a Shirt and Tie Without a Jacket?

A tuxedo T-shirt I get. But come on, what’s the problem with putting on a suit but leaving the jacket at home?

A couple of weeks ago, a second-year college student studying physics and engineering asked the members of the Male Fashion Advice (MFA) subreddit why a shirt and tie sans jacket is considered such a fashion faux pas.

He wrote that the look — a semi-dressy shirt with just a tie — is pretty standard among engineering professors. To say nothing of how synonymous it was with NASA engineers back in the 1960s. Per an article in the Gentleman’s Gazette, it was primarily about “striking a balance between white-collar and blue-collar aesthetics” — i.e., not quite workwear, not quite formalwear. “It’s about looking like you would be ready to get your hands dirty if you needed to even though you might just be spending most of your day at a computer.”

Outside of NASA, however, the look is typically reserved for “bank tellers, cell phone salesmen and caterers,” reasoned an MFA subscriber who responded to the college student’s original question. Which, he concluded, is partly why it’s considered such a bad look. “There is nothing wrong with doing these jobs, but you don’t necessarily want to look like one if you aren’t,” he wrote.

Speaking of classism, Red, another MFA subscriber, is more than happy to state the obvious: “Classic menswear” is steeped in upper-class aspiration and ideas of respectability. “For something to be a ‘faux pas’ means you already buy into some low-level social conservatism about what you should be wearing. In other words, what is ‘respectable,’” he tells me. “In addition to wanting to dress like movie stars and sports stars, people want to dress like rich people — see Beau Brummell’s influence, working-class Brits in Burberry and Lo Heads in Polo by Ralph Lauren.” Furthermore, he adds, “As an adult man, any event that requires you to wear a tie to remain respectable also requires a jacket.”

It can also be used cynically — the lack of a jacket less of a fashion statement than a signifier that you’re working so hard at your suit-and-tie job that such trappings have become cumbersome (either because you’re toiling so late that you need to be more comfortable or because you’re in the midst of so much activity that it’s literally gotten in the way). The most famous recent example of this is former Democratic presidential candidate (and current Secretary of Transportation) Pete Buttigieg, whose jacket was always missing and whose sleeves were always rolled up (the man works like a mule, okay!).

Or as his campaign put it to the Wall Street Journal, “When you’re out running a national campaign, it’s just not comfortable or convenient to be wearing a suit or even a suit jacket 24-7. So, to the extent that the mayor has a campaign uniform, it was born out of practicality.”

On the one hand then, it’s a faux pas because it’s a cheap appropriation of a certain kind of working-class uniform. And on the other, it’s typical, snotty, highfalutin style nonsense. Not that Red believes it can’t ever be pulled off. In his mind, there are still a couple types of people who can get away with it. “Kids get a pass because they’re still growing and the jacket is too big of an investment,” he declares. “And waiters get a pass as well, because they’re legitimately working, and as we’re quickly realizing, they’re super important and we’ve taken them for granted for too long.” 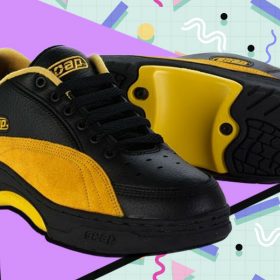 An Oral History of Soap Shoes, the Only Sneaker to Ever Come with a Warning Label 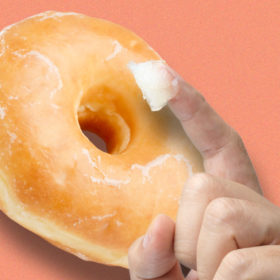 Should You Be Moisturizing Your Butthole?