I had to spend more money to save money, and I feel ashamed!

I paid for my Orange Chicken and began walking away when the cashier called out to me. “You can get a free entree if you fill out this survey!” she shouted, enthusiastically waving my receipt above her head. “Thanks,” I mumbled, fighting the urge to “Kobe!” it into the nearest trash can.

If you frequent any sort of big business, you know all about the surveys on their receipts. You share your experience in one of their stores and get entered into a small contest or given a free menu item. In all likelihood, you never fill them out.

Even for the companies who perform them, these surveys are virtually useless. The response rates are often poor, and people who do respond are usually either the happiest or full-blown Karens, so either way, hardly representative of the general population. In fact, a 2016 study found receipt surveys to be “not used for meaningful customer listening” and “critically flawed.” In other words, big companies are really just out here carrying out stupid-ass surveys and giving away free Chicken McNuggets (although, you’ll see some of their trickery when it comes to “free” stuff shortly).

But whether these surveys are worthless or not for the companies performing them, nobody can argue with free nugs. So to see just how much free stuff I could acquire by doing receipt surveys, I filled out every one I got for a little over a month.

Now, keep in mind that I had to go out of my way to shop at more large chain stores than I otherwise would, because small businesses rarely do these kinds of surveys. Even then, though, I was only asked to perform a survey some of the time. This is to say, even if you frequently shop at big businesses, cashing in on survey receipts is absolutely not something to rely on for major savings or anything like that.

Now that you’ve been warned, join me as I wade through my receipts — beginning with my fateful Orange Chicken receipt — and (hopefully) relish in free goods.

The Business: Panda Express
The Date: 8/29/20
The Purchase: An Orange Chicken Plate
The Prize: A free entree (with purchase of a Plate)
The Prize Value: Completing this survey allows you to return to Panda Express and purchase a 3-entree Bigger Plate ($8.80) for the price of a 2-entree Plate ($7.30). That means you save a whopping $1.50 by filling out their survey. However, this also requires that you double up on Panda Express and spend a second $7.30 in order to reap those savings.
The Running Total Prize Value: $1.50

The Business: Ralphs
The Date: 8/29/20
The Purchase: Sushi
The Prize: 50 bonus fuel points and a contest entry
The Prize Value: Each increment of 100 fuel points equals a 10 cents per gallon discount at Kroger Family of Stores Fuel Centers and participating Shell locations. That means completing this survey earned me 5 cents in gas money. You also get entered into a drawing, where you can potentially win a grand prize of $5,000 in Kroger gift cards or a lesser $100 Kroger gift card. Every two months, they pick one grand prize winner and 100 lesser prize winners, but so far, I’m not one of them.
The Running Total Prize Value: $1.55

The Business: Lowe’s
The Date: Cactus fertilizer
The Purchase: 9/5/20
The Prize: Another chance to be one of five $500 winners drawn monthly
The Prize Value: I still haven’t won.
The Running Total Prize Value: $1.55

The Business: Panda Express
The Date: 9/19/20
The Purchase: More Orange Chicken
The Prize: A free entree (with purchase of a Plate)
The Prize Value: We went over this already.
The Running Total Prize Value: $6.84

The Business: Target
The Date: 9/26/20
The Purchase: Socks
The Prize: The opportunity to sign up as a “Bullseye Insider”
The Prize Value: Target gives you nothing for filling out the receipt on their survey. However, they do ask if you want to become one of their Bullseye Insiders, who regularly participate in online discussions and surveys, and get “entered into regular prize draws.” In fact, you get entered into a drawing for a $100 Target gift card just by signing up. I haven’t won anything, though.
The Running Total Prize Value: $6.84

The Business: Target
The Date: 10/3/20
The Purchase: Cosmetics for the girlfriend
The Prize: The opportunity to sign up as a “Bullseye Insider”
The Prize Value: I’m still pissed that I haven’t won anything.
The Running Total Prize Value: $6.84

All said and done, I technically saved $6.89 by completing survey receipts for a whole freaking month. However, I had to spend $18.39 on two Panda Express meals and a Quarter Pounder w/ Cheese in order to save that money. So, by doing receipt surveys and chasing the prizes they provided, I actually ended up spending $11.50 more — and eating more fast food — than I probably would have otherwise.

If you frequent fast-food restaurants, chain pharmacies and massive grocery stores, you may appreciate these savings more than I did. But even then, there are much better ways to save money than by filling out surveys on receipts. (Plus, how many Orange Chickens can one man eat?) Of course, if you actually manage to win one of the contests, that would be great, but the chances of that are pretty damn slim, like winning the lottery.

One thing I’ll say is that I didn’t really mind filling out the receipts — they only took a couple minutes each, and I enjoyed the opportunity to praise the workers who’ve been keeping these massive companies afloat throughout the pandemic. (There were times, however, where I would have rather not provided my email address and phone number to the company in question.) 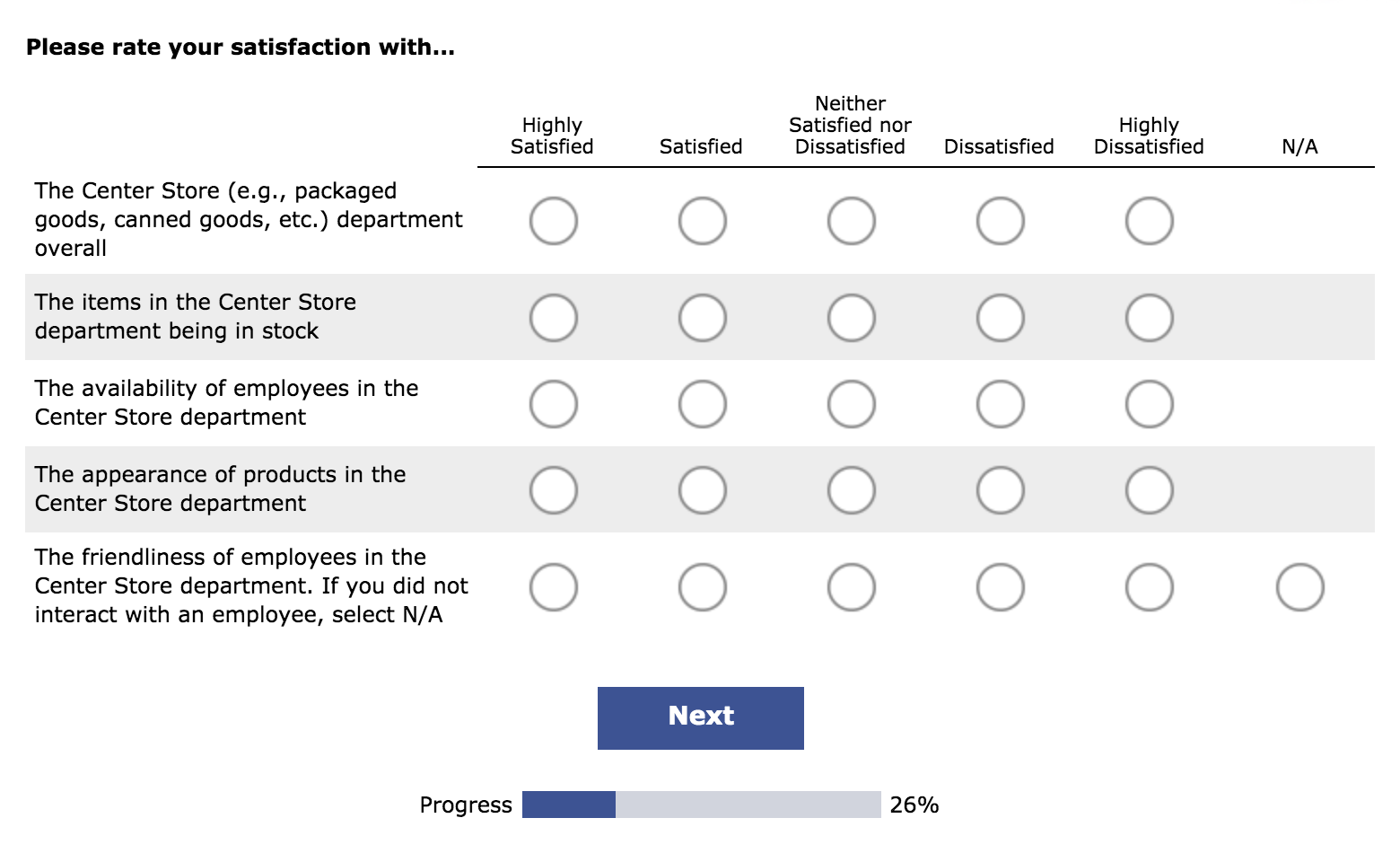 But if saving money is all you’re after, your time is probably better spent digging through couch cushions.