The Subtle Art of Browning Out

Step back from the brink of the blackout, a terrifying void of memory. Instead, shoot for a haze that won’t quite add up the day after

I would never advocate for irresponsible drinking — besides, I’m sure you’re already great at it. But most recreational boozers will cross the line at some point in seeking their perfect buzz, and that’s when you really have to be smart. Take your foot off the gas, drink some water, and don’t forget to close out your tab; it’s time to enjoy and/or ride out the level of intoxication you’ve already reached (which may still be rising).

Yes, step back from the brink of the blackout, a terrifying void of memory. Instead, settle in for a brownout. 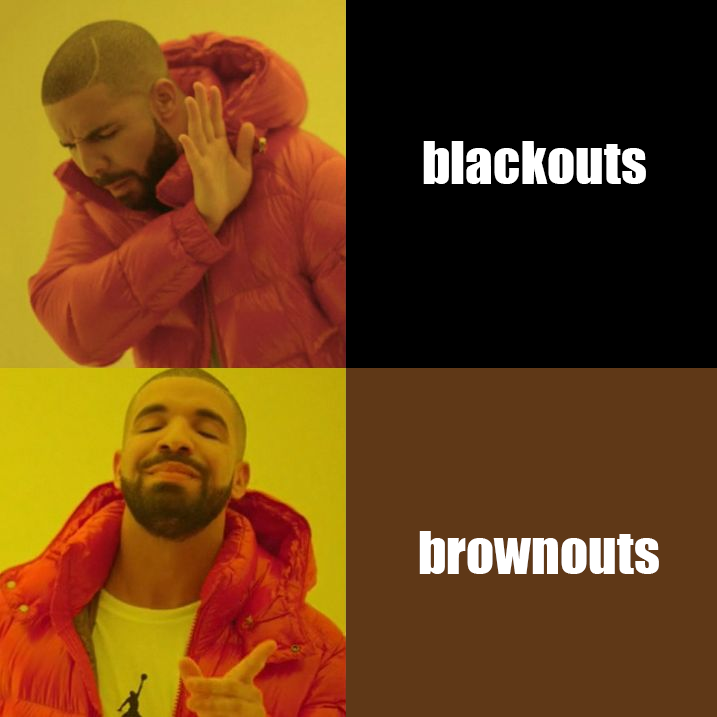 The brownout is the kind of not-unpleasant haze that won’t quite add up the day after. Like the complete or “en bloc” blackout, this fragmentation of memory is far from a best-case scenario. You fucked up, and there’s no unshooting those tequila shots. What you can do is hold on to some dignity the morning after by using a little common sense. And drinking some water.

Take this dope in the screenshot above. He’s drinking at a college bar, annoying the bartender by the sound of it, and slips into brownout mode. When he wakes up, there’s a $3 transaction on his Venmo account that he can’t explain. An experienced browner would accept the mystery — it’s just $3, after all — and resolve to pace themselves on the whiskey next time. Not this guy! He has to get to the bottom of this, so he embarrasses himself by sheepishly asking who the bartender is and why she has three of his precious dollars, in the process indicating that this was probably all a harebrained, alcohol-impaired scheme to keep in touch with a woman he hit on while browned out.

He also had the option of more diligently retracing his steps that night. True, a memory never formed in the first place remains forever inaccessible, though sometimes the right detail can trigger the recollection of whatever stupid shit you did. How did I get this bruise? Oh, right, I snuck into a construction site and fell in a hole. Why is my dick so tender? Oh yeah, I got laid! Where did this bowling trophy come from? Hmmm… not sure about that one. Even then, you can do some forensic work — check your credit card statement, or your Lyft history. In the case of a very good It’s Always Sunny in Philadelphia episode, the gang compares their “browns” to get some answers.

Again, you shouldn’t try for a brownout; it’s a touch past the “having a good time” vibe that drinking is meant to facilitate. But I’ll take a stab at a rough, unscientific formula for my own body type (beautiful, tall): Have a few beers, then drink two cocktails too quickly.

One can’t deny some fun in putting the pieces together when you’ve sobered up. It’s like receiving high-spirited, near-illegible postcards from your past self. And because you had shed a number of inhibitions at the time, without passing out or becoming otherwise incapacitated, you may just be surprised or delighted with the absurdity of your conduct. Or so we might hope.