The Mysterious Legend of the Girls’ Sleepover

Boys, as you may have heard, are a handful. Get eight or nine of them together for a sleepover, and you’re lucky if the house is standing in the morning. These affairs may not reach the same heights of violent chaos as changing time in the boys’ gym lockers, but they’re undeniable bacchanals of junk food, loud movies, impromptu wrestling, bodily functions and vicious insults. Having a proper boys’ sleepover means your dad has to come downstairs at least three times in the wee hours of the morning because each time you finally quiet down, someone whispers “poopus doopus,” and you all start screaming with laughter again. It’s an exercise in entropy. 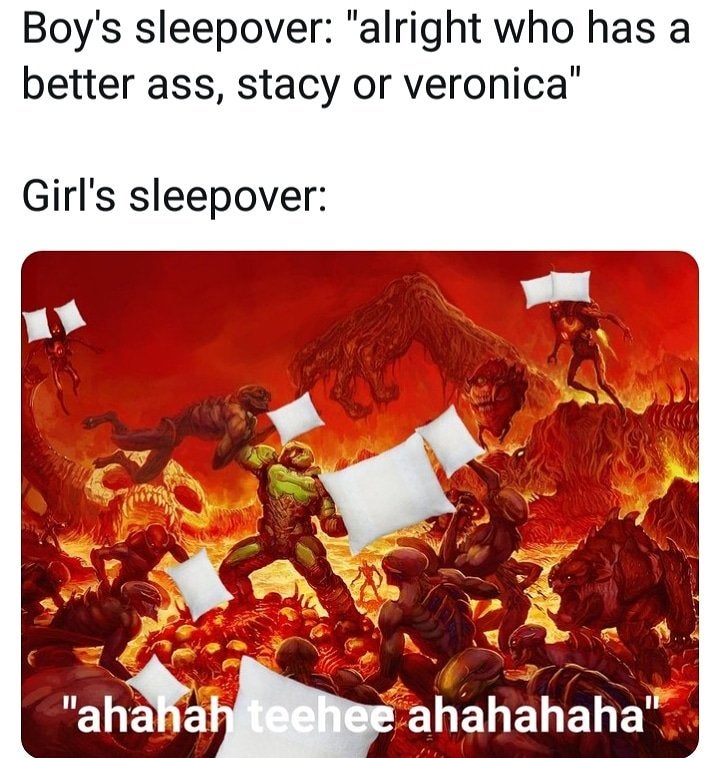 But what — the boys occasionally wonder — happens at the girls’ sleepover?

The legends speak of pillow fights, clothes-swapping, makeup, gossip and perhaps some experimental kissing. It has to be a paradise compared to the fart-filled, shoulder-punchy gauntlet of a Friday overnight with the lads. One factor, at least, is never in doubt: A girls’ sleepover has girls, those otherworldly beings of light and perfume. Even if they’re not up to anything especially interesting, there must be a feminine magic to their secret congregation. 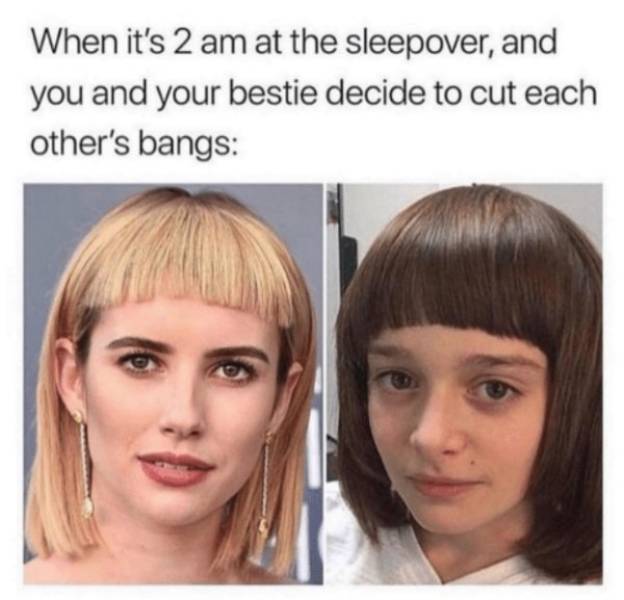 I won’t deny that, in the absence of solid intel about them, I envied the girls’ their sleepovers. I was never too rambunctious a kid, and I’ve always prized my sleep, so trying to get some rest in a nylon bag on the living room floor with one of my buddies repeatedly kicking me as “a joke” was a high price to pay for fraternal bonding. In my head, the girls’ version was civilized, calm and actually relaxing. You might be able to play a board game without your friends mocking you in a nerd voice when you explained some rule they’d forgotten.

With hindsight, of course, I gather that girls’ sleepovers aren’t a total world apart — they turn wild or merciless as sure as the boy hangs do. But in youth, the grass on their side was ever greener. I yearned for it. 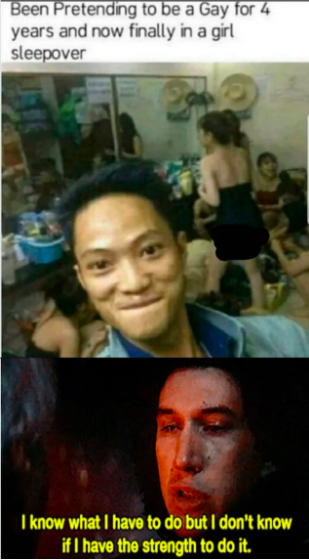 Plus, it’s probably not what you were imagining… 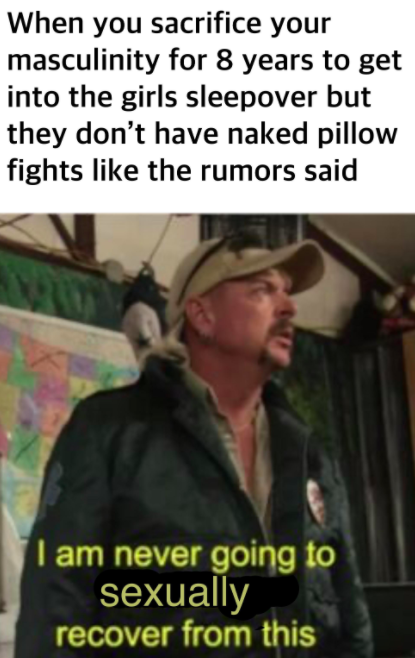 Although silly, and sometimes offensive, these riffs on the idea of infiltrating a girls’ sleepover can take you back to essential lessons of growing up — that a segregation of the sexes is often arbitrary or moot (by preventing heterosexual contact, you foster the homoerotic kind), and that we all share curiosities, insecurities and occasionally bewildering desires. That a boy who is into girls thinks them unapproachable unless through deceit is, counterintuitively, an almost charming form of innocence; he hasn’t figured out that many girls are likewise interested in boys, and equally motivated to understand them. (I recall how my mind was blown when it dawned on me that, much as I wanted to touch boobs, the owners of said boobs might enjoy having them touched.) It’s the epiphany that pick-up artists and incels of the so-called “manosphere” reject for essentialism that casts men and women as separate, warring species.

Instead of being disappointed in the reality of the girls’ sleepover, the boys can take a measure of relief. And vice versa. Overall, it’s a little weird that we encourage kids to come together and succumb to their feral instincts for six hours before passing out in a puppy pile — yet it’s encouraging that this a common, shared experience across demographics. If gender is a construct, so is our envious belief that one group withholds their joys, pleasures and modes of connection from another. Like a bunch of seventh graders trying to make it through a horror movie, we’re all in this together. What truly matters is getting dibs on the couch.