What does a goat who was elected mayor spend his days doing? Y’know, important stuff, like drinking 40 beers.

As I anxiously await the results of this extraordinarily important election, I find myself wondering, how did we get here? When did we end up with these candidates? Why must we choose the lesser of two evils?

Then I remember that Kanye, who once tweeted, “I hate when I’m on a flight and I wake up next to a water bottle next to me like oh great now I gotta be responsible for this water bottle,” somehow ended up on the bill.

You may even argue that an animal could do a better job than Biden or Trump, in which case, you might be surprised to learn that many animals have held political office. How about we run through a few of the more famous ones to see how they compare to the candidates of today?

Boston Curtis, Mule: In 1938, a long-eared brown mule named Boston Curtis landed a seat as Republican precinct committeeman in Milton, Washington, winning 51 to zero in an uncontested election. The victory was engineered by Democratic Mayor Kenneth Simmons, who entered Curtis into the race — helping place its hoofprints on all necessary documents, naturally — to shame the Republican Party and reveal flaws in the voting system. 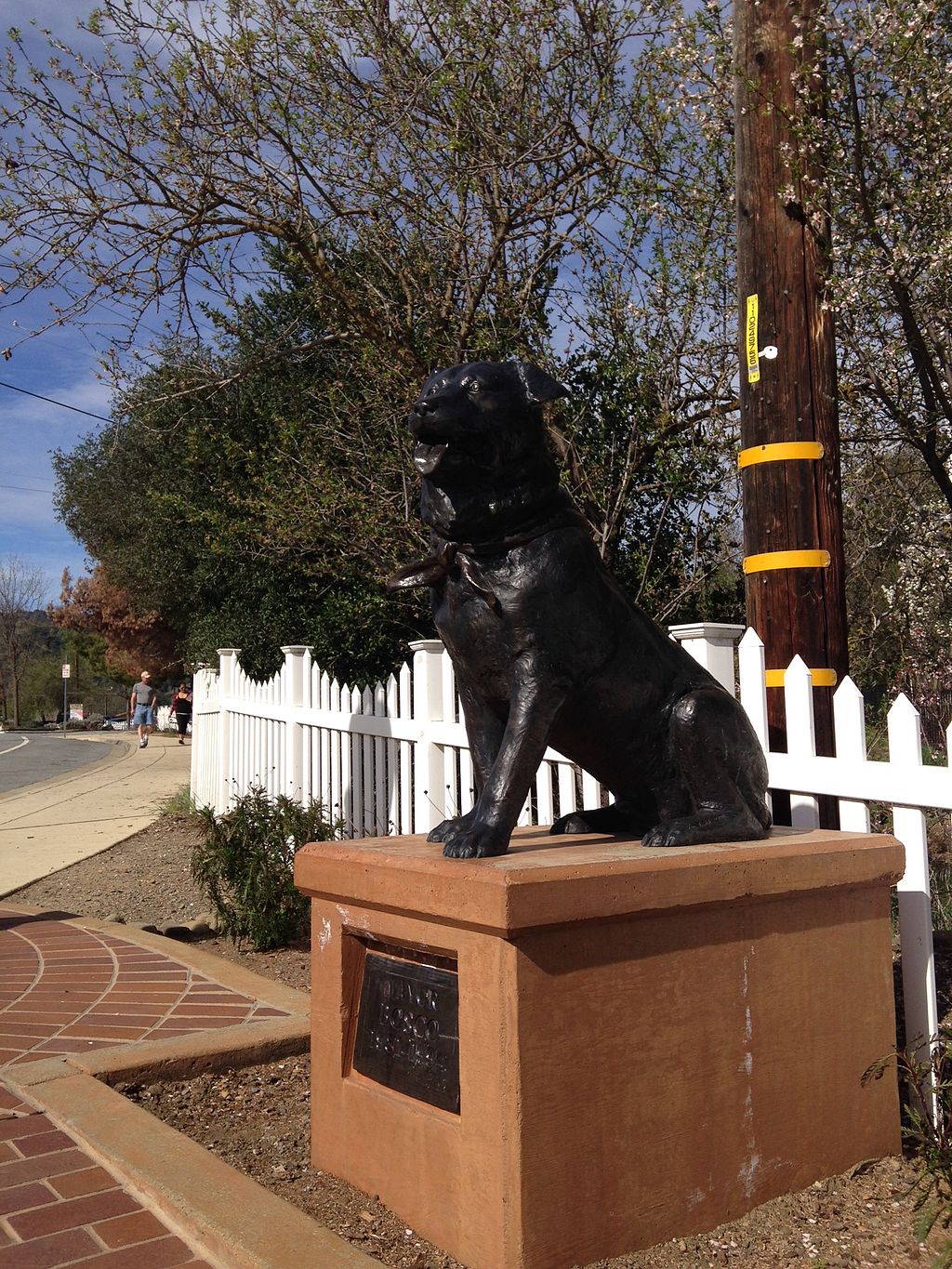 Bosco Ramos, Dog: In 1981, a black Labrador-Rottweiler mix named Bosco Ramos defeated two humans to be elected mayor of Sunol, California. He served 13 years in office, during which he was interviewed on television, appeared on game shows and even joined students from Stanford University and the University of California in protestesting Tiananmen Square. Ramos sadly passed away in 1994, but in his memory, a restaurant called Bosco’s Bones and Brew installed a Ramos-like stuffed dead dog behind the bar that pees beer, and in 2008, a bronze statue of Bosco was erected next to the local post office.

Clay Henry, Goat: In 1986, Lajitas, Texas held a mayoral election with quite the unique roster of candidates. Incumbent human mayor Tommy Steele was running for re-election against a Lajitas Trading Post wooden Indian, a local ranch dog called Buster and a goat named Clay Henry. Henry won by a landslide — in part because locals were mad that Steele, an outsider, had been elected previously — and because Lajitas is an unincorporated community where the position of mayor is merely symbolic. Fortunately for Henry, his only job was to attract tourists and slam beers — seriously, Henry could drink 35 to 40 beers a day at his peak.

In Lajitas, the tradition of mayoral goats continues to this day with Clay Henry IV. As for the beer drinking, in 2008, Clay Henry III was checked into rehab while still serving as mayor, which probably should have put a stop to the constant partying. However, Clay Henry IV reportedly loves beer just as much as his predecessors.

Billy Gumboot and Tai, Goat and Dog, Respectively: In 1989, when Whangamomona, New Zealand, had its regional boundaries redrawn, locals protested by declaring themselves a republic and eventually electing a goat named Billy Gumboot for president. Gumboot was later replaced by a poodle named Tai, who retired after he was attacked by a mastiff, which some speculate was an assassination attempt.

Stubbs, Cat: In 1997, a cat named Stubbs was elected mayor of Talkeetna, Alaska, a 965-person “historical district.” The mayoral post in Talkeetna is more symbolic than functional, but Stubbs was at least commended for never raising taxes, and until his death in 2017, he drank water out of a wine glass laden with catnip every afternoon.

Max I and Maximus Mighty-Dog Mueller II, Dogs: In 2012, the unincorporated town of Idyllwild, California, elected a golden retriever named Max as mayor in an election sponsored by the nonprofit Idyllwild Animal Rescue Friends. Any resident could nominate their pets, and constituents paid $1 donations to vote, which raised a total of $31,000 for the animal rescue (Max’s owners reportedly donated $20,000). He sadly died just one year later, but one of his descendants, Maximus Mighty-Dog Mueller II, has taken his place with a lifetime appointment. He spends his days making appearances at the town square, schools, hospitals and nursing homes, and can be booked for meetings on his website.

Duke, Dog: In 2014, an extremely fluffy Great Pyrenees named Duke was elected mayor of Cormorant Village in Minnesota. He sadly passed away last year, but reportedly kept Cormorant safe and pleasant up until then. “He just kind of hangs out at the local pub and makes sure everything is runnin’ okay and keeps the riff-raff out and just oversees the whole works,” Steven Sorenson, described as Duke’s deputy mayor, told the Australian Broadcasting Corporation in 2018.

Sweet Tart, Cat: In 2018, a cat named Sweet Tart bested 13 dogs, a peacock and a goat to become mayor of Omena, Michigan, a small town that has a tradition of animal mayors. Upon winning, a reporter asked what changes she planned on making to the town. She stared blankly in response.

Lincoln and Murfee, Goat and Dog, Respectively: In 2019, a Nubian goat named Lincoln signed the paperwork to become mayor of Fairmont, Vermont, by dipping his hoof in ink and stomping on the papers. The idea of an honorary pet mayor in Fairmont was conceived as a fundraiser for a local playground. On the way out of the offices after being elected, Lincoln defecated on the floor in celebration.

Following this election, in 2020, Fairmont held a close race, but Lincoln lost to Murfee, a three-year-old Cavalier King Charles spaniel who now works in schools, nursing homes and hospital as a certified therapy dog.

Cacareco, Rhino: In 1958, Cacareco, a rhinoceros at the São Paulo Zoo, was put up as a candidate for city council elections as a means of protesting against political corruption in the area. She won the vote, but elected officials refused to accept her candidacy, which of course, only highlighted the political corruption going on.

Foot Powder, Literal Foot Powder: This one may not be an animal, but definitely deserves a mention. In 1967, an Ecuadorian foot powder company advertised its product, Pulvapies, as a mayoral candidate in the town of Picoazá. It won, and dozens of defeated candidates threatened to sue the company. Unfortunately, not much news is out there regarding how they resolved the issue. 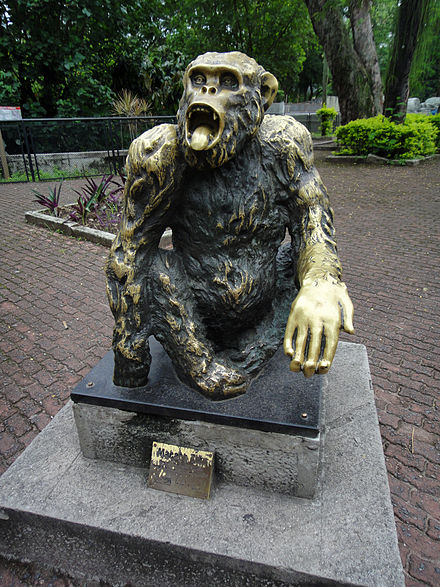 Tião, Chimpanzee: Tião, a bad-tempered chimpanzee, was put forward as a candidate for the Rio de Janeiro mayoralty in 1988 on the platform of “Vote monkey — get monkey,” another protest against political corruption. All votes were counted as null, but the chimp is estimated to have received more than 400,000.

That only leaves us with one final question: Which of these animal candidates would have gotten your vote?