Why Are the Bad Guys Always ‘Bodybuilders’?

Iranian General Qassim Suleimani was just the latest in a long line of killers and thugs branded as a ‘bodybuilder’ by journalists willing to sacrifice imprecision for a little extra sizzle. Here's why it matters.

After a U.S. drone strike killed Iranian General Qassim Suleimani last week, I began reading the various obituaries of the slain paramilitary officer. In one of the most detailed, The New Yorker’s Robin Wright referred to him as “a flamboyant former construction worker and bodybuilder.” The former description — confirmed in an AP obituary that states he began a construction career at age 13 — conjured up images of Suleimani as a Village People member. The latter, “bodybuilder,” struck me as the sort of lazy but potent pejorative I’ve encountered throughout the years, appended by journalists to biographies of various miscreants, ne’er-do-wells, toxic males and other crazed lunatics. 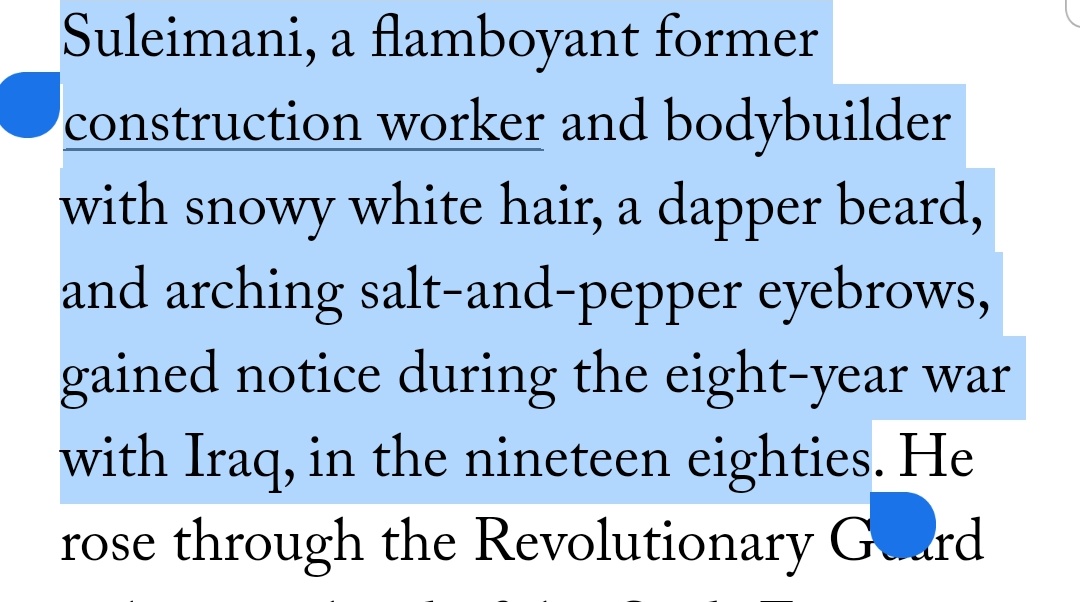 I’ve covered bodybuilding for a while, and this complaint about how the media covers “bodybuilders” is something competitive bodybuilders at the amateur and pro level tell me over and over again. On many occasions, steroid guru and fitness journalist Anthony Roberts has jokingly threatened to write to the AP to force them to lay down some firm guidelines regarding the use of the term. Most of these ersatz bodybuilders are just “pushing weight,” as some competitive bodybuilders call the act of doing loads of sets and reps for no apparent reason save for vanity. And within that rogue’s gallery of weight-pushers, one encounters every manner of delinquent and meathead.

Take, for example, Omar Mateen, who killed 49 people and wounded 53 others in an attack on the Pulse gay nightclub in Orlando. Mateen was said to be both sexually confused and a “bodybuilder” addicted to steroids. Elliot Rodger, a disturbed rich kid who gunned down six people near the University of California, Santa Barbara campus, left behind a manifesto that described his bizarre attitudes toward women but also his ineptness as a martial artist and tough guy. He too was supposedly motivated by “bodybuilder pills,” namely the largely useless, widely available creatine-monohydrate supplement. Even going as far back as Truman Capote’s true-crime magnum opus, In Cold Blood, killer Perry Smith — in real life a rather undersized character — is reputed to be heavily into weightlifting and bodybuilding, literary details that seem to underscore his feelings of masculine inadequacy.

In other words, label someone a bodybuilder, in this vague sense, and you’ve got yourself a villain, or at least a creep. My father, a burly man who disdained the “six-pack abs” of bodybuilding primadonnas, used to joke about finding muscle magazines and dirty sweatsocks underneath my mattress. Samuel Fussell, a literary critic and amateur bodybuilder of some repute, wrote in his memoir Muscle: Confessions of an Unlikely Bodybuilder, that his apartment, his so-called “bodybuilding bunker” was certain to raise eyebrows: “The two ceiling-high refrigerators, the shelves of muscle magazines, the seated calf machine by my bed and the smell of rotting food in the kitchenette, a cardboard cutout of Arnold with loincloth and sword as Conan the Barbarian [standing] against one wall. Against another wall, olive drab field utility boxes housed my protein powders, vitamins and aminos. All that was missing was a rifle and the President’s travel itinerary.”

“All that was missing was a rifle and the President’s travel itinerary”: In that line alone, we see the bodybuilder as creep, pervert, and eventually, powder keg about to explode. And Fussell, at least, was a competitive bodybuilder, even if he only ever got two competitions under his belt. But he definitely knew what people thought of his kind.

I, too, have been labeled a “competitive bodybuilder” in some articles about my work. And that’s true enough, I suppose: I competed in one unsanctioned bodybuilding competition in Kalispell, Montana, way back in 2004, at which I won my class because I was the only person in it. But I’m no bodybuilder and I know it, and even though I’ve done a few powerlifting and strongman competitions — none since 2016 — I’m not really a strongman or powerlifter, either. Not that this kind of brutal honesty about labeling matters. Long-time powerlifter John Skelton, a stocky fellow who has been in plenty of powerlifting competitions, once appeared in an advertisement on the back of a bus, in which he was described as a “bodybuilder.” To which I can only say: We are all bodybuilders now.

The reasons for this are clear enough. On the one hand, bodybuilding is itself a shadowy and confusing sport. Only the diehard fans really know what’s going on at any given point, and many of them actually aspire to be bodybuilders themselves. Moreover, few journalists outside the close-knit “muscle press” have ever sat in the press pit at the Mr. Olympia or Arnold Classic and endured these laboriously paced muscle pageants, as I did in 2016 and 2017. On the other, “bodybuilder” strikes the writer as an excellent catchall term. You can apply it to a scared man possibly hiding from his sexuality, like Omar Mateen, who is taking steroids in a desperate bid to be more masculine. Or to small or frail men like Perry Smith and Elliot Rodger, who did awful things to others in order to make the world think of them as big. The story is right there, a fastball down the middle.

Now here’s General Suleimani, this self-made clandestine operative, who wasn’t just charismatic but willing to pump the iron in an effort to become some sort of sub-rosa superman.

Of course, sometimes unexpected people were bodybuilders, like the sinewy Sean Connery, who had some record of competition in the early 1950s, even if his placements are in dispute. The even more undersized Matt McGorry, of Orange is the New Black fame, was a legitimate powerlifter of regional prowess, and is often described by the press as an “ex-bodybuilder” owing to the single competition he entered. And plenty of pro wrestlers, like the WWE’s Dana Brooke, were working the bodybuilding and fitness pageant circuit before transitioning to the squared circle.

And sometimes pro or amateur bodybuilders are actually criminals. The most notable was perhaps Art Atwood, a successful IFBB pro who was both a big-time steroid dealer and an important government informant on the drug-busting front. In fact, your typical bodybuilding criminal is someone who, like Victor Martinez or Dave Palumbo, gets convicted for selling steroids and growth hormone needed for success in their sport. On the more violent side, Daniel Lugo, who was at least managing a well-regarded South Florida bodybuilding gym if not exactly tearing up the amateur bodybuilding circuit, teamed with fellow gym rat Adrian Doorbal to pull off the brutal kidnappings and robberies that served as the inspiration for director Michael Bay’s colorful, overlooked Pain & Gain crime epic.

All of this may strike you as a lot of hairsplitting. But it’s the kind of semantic exercise that matters to people like me, who are near enough to the sport of bodybuilding for it to have impacted our lives in some respect. If every two-bit killer or terrorist thug who used creatine or owned a muscle magazine can be a bodybuilder, then the term is little more than something you can apply to any insecure, sexually confused male offender — which is a good many of them, come to think of it. But the sport of bodybuilding is something rather far removed from that, something that encompasses the likes of Sean Connery and me but also covers a diverse and ever-expanding swath of competitors of different genders and sexual orientations.

These folks are all bodybuilders in the correct sense of the term, but they’re hardly killers.