If you wanna get laid, switch out those Mickey Mouse sheets

Women spend most of their 20s ignoring all of the questionable things we see when visting a man’s place for the first time. And so, a girl truly becomes a woman when she notices the Katana hanging in the shower for what it is: a huge fucking red flag. In fact, as women reach their 30s, looking for warning signs becomes the first thing we do upon entry into a man’s home. We’ve learned the hard way that the real walk of shame isn’t the one where you’re wearing last night’s clothes and makeup in the light of day; it’s walking past a collectible Harry Potter wand on a customized stand as you scurry out before a guy’s roommates see you.

I want to help, though. Because maybe you see magic in that wand as opposed to what flashes before her eyes — two years of her life that you’ll never get back. Thus, I asked a bunch of women for the red flags they look for when they go to a guy’s place for the first time. I was bombarded with more than 300 responses, all of which contained at a sliver of wisdom. So I suggest you listen. Or keep using a limited-edition Hellboy mask as a potholder. It’s your funeral.

Book-related red flags were cited the most. As John Waters once famously said, “If you go into someone’s house and they don’t have any books, don’t fuck them.” Truly great advice, but there are caveats to this rule. For starters, it’s possible to have the wrong kind of books. I once went to a guy’s apartment and a corner of his bed frame was propped up with several paperbacks, including the extraterrestrial tome Communion: A True Story. The bed frame thing was bad enough, but was I about to be probed by an alien abductee? The lesson: All books are not equal. 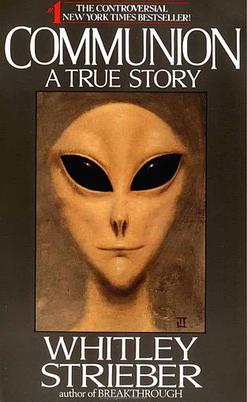 “I always look at the number of books he has written by women,” says 27-year-old Angeleno Marissa. “I once went on a date with a guy who had hundreds of books, and after looking at the shelves for at least 10 minutes, I saw zero books by women. The dude ended up being a major douche. I should have trusted my gut!”

“If his bookshelf is all Hemingway, Kerouac, Bukowski, Miller, etc., those are shitty dude heroes and you gotta run before he plays a guitar at you,” adds 30-year-old Stacey.

There is one female writer, however, that no one wants to see — Ayn Rand. “Someone prominently displaying Atlas Shrugged is never gonna split the cost of an abortion,” jokes Stacey.

Myriad bed crimes were the second most popular red flag. Offenses included having a twin mattress, futons and awful pillows, but no bed frame was the biggest sin. “If I see a fucking mattress on the floor, my first thought is always, OMG, am I gonna die here?” says Olivia, a 28-year-old from Georgia. “It’s never, ever worked out with mattress-on-the-floor guy.”

Bed-related flags, however, can be even redder. “He had Mickey Mouse sheets,” explains Abbie, a 24-year-old in Tennessee. “A grown-ass 30-year-old man, who was a doctor — Mickey Mouse sheets.” As someone who was cluelessly fingered on Boba Fett sheets once, I can certainly relate.

The bathroom, too, faced a lot of scrutiny — from having no towels, toilet paper and/or hand soap, to tile that appeared to be grouted with mold and toilets that looked like they were a vessel for dumping chili. Ironically, my bathroom beef with the Communion guy was the opposite of complete filth. He had a piece of paper thumbtacked to the wall with a “to-do” list that included the task “sanitize bathroom.” To me, the word sanitize screams “crime scene cover-up.”

Sarah, a 36-year-old from Wisconsin, also felt shook by a guy’s bathroom-cleaning methods. “I found a butter knife in his bathroom,” she says. “I asked him what it was for, and he said, ‘To clean the toilet. Don’t worry, I only use the handle.’”

Meanwhile, two other ladies mentioned seeing cocaine on the bathroom sink. Come on, gentlemen. As a child of drug users, I learned at an early age that you could at least clean up your coke before you have company over.

As for decor, opinions generally fell into two camps — none and bizarre. How bizarre? This bizarre, says Jennifer, a 48-year-old in Missouri: “He had a giant electric wire spool as a table and lawn chairs for seating. The living room only had a pool table and a KISS pinball machine. He was in his 30s.”

In terms of spartan living, Talie, a 23-year-old in Chicago, recounts, “He had nothing. No books, no magazines, no video games, no posters, no furniture. Just a bed and a computer. I don’t even think he had a pillow. I found out later that he was a wannabe tech bro.”

Weaponry (primarily swords, nunchucks and guns) scored a surprising number of mentions as well. “He had guns all over his walls,” says Brianna, a 31-year-old in Vegas. “As he noticed my discomfort upon seeing them, he said to me, ‘I think the sexual energy between us is going to be great.’”

Right up there with firearms was empty liquor bottle collections. “He had to keep the lights on at all times to keep the roaches away,” says 38-year-old Floridian Katie. “Also, he had nothing but empty PBR cans on the counter, which I’m sure provided a nice home for the roaches.”

Guys, no one is perfect, but you should at least pretend to be until we’ve fallen in love and it’s too late to back out. While we’ll still probably fuck you once despite a Funko collection, a soap bar sandwich in your shower and the fact that you don’t own a sponge, we know you can do better.

Okay, I might fuck you twice. But after that, I swear I’m serious about you getting your shit together. Who do you think I am — my mom?