‘It’s all fun and games until someone legit believes the puddles at the end of their driveway means their tax dollars are being wasted,’ the creator of the subreddit InsanePeopleFacebook tells us

Four years ago, Connor, a 23-year-old operations analyst in Scotland, created a subreddit dedicated to the absolute worst of Facebook — r/InsanePeopleFacebook. At the time, Facebook wasn’t quite the pit of despair it is now, but there were still plenty of gems to be found. Now, five years and innumerable Facebook scandals later, the subreddit boasts 1.4 million subscribers and nearly 229 new posts a day. “I never knew it would blow up as much as it did,” he tells me, “but Facebook’s rapid decay into the cesspool of misinformation and horrendous viewpoints certainly helped.” 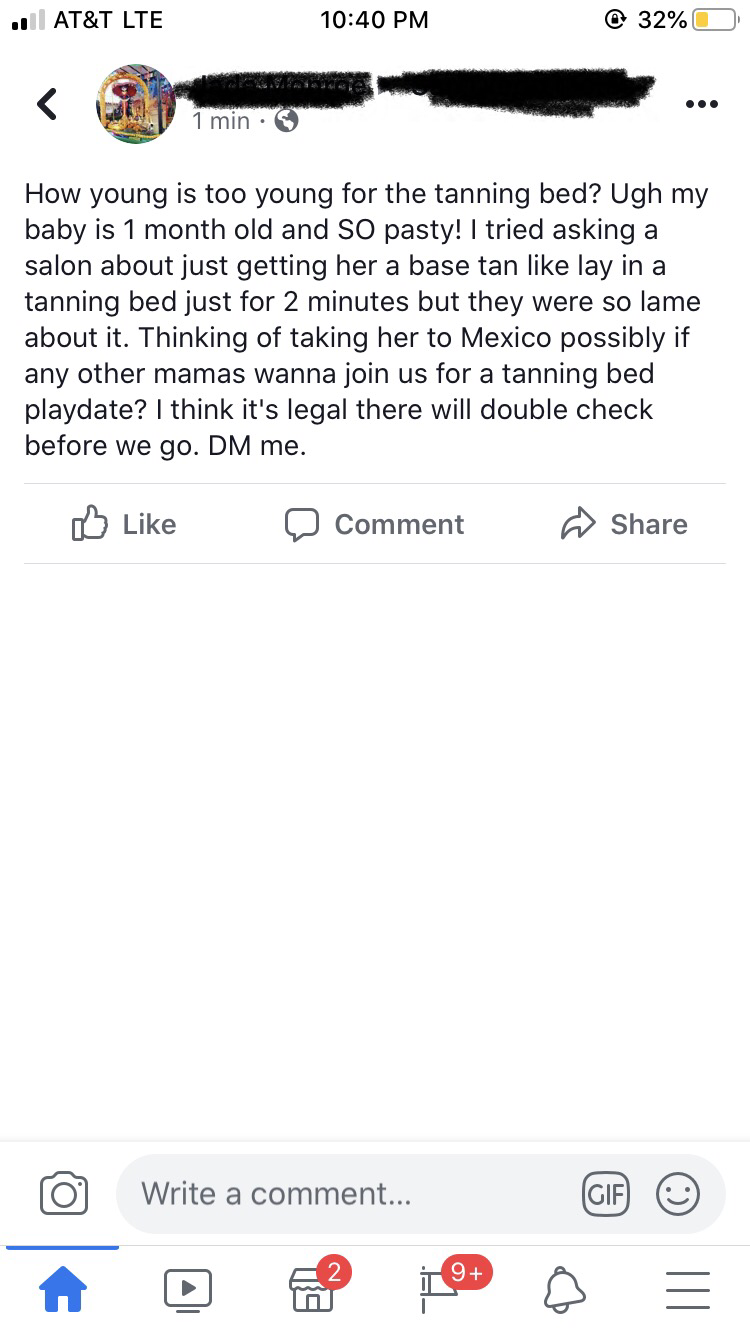 In the meantime, he’s seen a lot of crazy shit, which has left him much more dismayed than bemused. Yet that’s not to say it hasn’t been educational. Because while Facebook and the world around it (and people fueling it) might be nuttier than ever, it’s also a fascinating glimpse into our collective broken psyche. And while Connor readily admits that that hasn’t necessarily helped him formulate any answers yet — which is a big part of why he finds himself more dismayed than bemused — it’s never a bad thing to truly understand the illness that’s attempting to mortally wound its host.

The stupidity of some people on the internet is summed up best by my absolute favorite post ever on the sub:

Before I created the sub, I’d heard of anti-vaxxers but I thought it was a joke or a very small group of people. Then the sub blew up, and I was astounded at the amount of anti-vax content we started getting. I even contemplated banning it because it was over-saturating things, but I decided people needed to see how stupid other people can be.

The anti-vax stuff on Facebook is 100 percent causing a crisis. The fact that diseases we eradicated years ago are coming back is all that needs to be said. Something seriously needs to be done to stop this idiotic ideology from rising further.

Many of our posts come from flat earthers, anti-vaxxers and the general scaremongering that people believe. Although the oddest is probably the woman who tried to do a urine detox on her eyeballs for, reasons:

Older generations don’t know the difference between a reputable source or a fake one, and they’re quicker to jump to crazy conclusions than they were before the rise of social media. They think Facebook is the news, so if it’s on Facebook, it must be true. Neither, of course, is true.

I’ve seen the effects firsthand since I live in a rural, former mining town in Scotland. The older generation has no one to tell them that what they’re reading on Facebook could be written with the sole purpose to incite hate. They’ll see an article or blog post blaming a certain group for them not having jobs, or not enough budget to invest in infrastructure, or why our National Health Service is “failing.” But they don’t realize it isn’t based on fact.

A lot of people stand for nothing so they’ll fall for anything.

Facebook consists of over a billion people all within their own echo-chambers. They’ve invested so much of their life into being an anti-vaxxer, alt-right or an incel that they’re afraid to admit that they’re wrong. Meanwhile, banning them just makes them think the world is trying to silence them — so they get louder and angrier.

Unfortunately, I don’t think there’s a solution to these issues. Trying to police over a billion people is an impossible feat, though politicians could take a stronger stance on all social media companies and scare them into doing something. What that “something” is, though, is hard to know.

In the meantime, it’s all fun and games until someone legit believes the puddles at the end of their driveway means their tax dollars are being wasted.

Which is to say, some people who get posted to the sub need serious help. But how do you even approach that?

I certainly feel powerless to help. Facebook is a giant faceless corporation, and we have a strict policy around not sharing any personal information. The only thing I can do then is reach out to the submitter and tell them to try and get the person help. But most of the time, it’s just a screenshot they’ve found somewhere, meaning they don’t actually know the person.

It’s all made me numb to a lot of things I see. They say ignorance is bliss and sometimes it is. So disassociating yourself from it is probably for the best. Otherwise, you’d go crazy. I know if I see too many crazy things, that’s when I turn off my phone and go for a walk.

I still have Facebook, but it’s pretty locked down. People can’t see where I work or live, and I never really post anything. It’s good for keeping in touch with distant family, and there’s a few local bands I follow who I like to read about there. But if you don’t have a reason to be on there, it’s probably for the best to delete it. Go outside and socialize, it’s a lot better.