What It’s Like to Write a Book in Prison

Tasos Theofilou spent nearly six years behind bars for a crime he didn’t commit. The only way for him to stave off the desperation of his plight was to take pen to paper

The first time I saw Tasos Theofilou was on the front pages of pretty much every daily newspaper in Greece. It was 2012, and on the occasion, he was handcuffed and wore a white bullet-proof vest. Two fairly large counterterrorism policemen — same bulletproof vests, black balaclavas over their heads — were leading him to a courthouse, somewhere in Athens.

He was 29 at the time. Accused of being a member of the terrorist group “Conspiracy of Fire Nuclei,” a group responsible for a number of (victimless) bombings, Theofilou was put on trial under Greece’s counterterrorism legislation and convicted of armed bank robbery and murder.

In 2017, five-and-a-half years later, he was released, and all charges were dropped. The case never made any sense. Here was a man who couldn’t have been at the scene of the crime and didn’t even look like the perpetrator — as experts testified during the trial. Nevertheless, he’d been paraded as a trophy by the authorities and spent a good chunk of his youth in a maximum security prison.

While in prison, he wrote journal entries that his friends would type up and publish as a blog. They ultimately became Writings from a Greek Prison: 32 Steps, or Correspondence from the House of the Dead, his first book translated into English, which was published over the summer in the U.S. “Prison is more than walls and bars,” he tells me. “It has people in it. In reality, behind the walls you have an entire culture unfolding that goes unseen by the biggest part of society. I thought that there was value in describing this world since I had the unexpected chance to observe its functions so directly.” (The description of his imprisonment as an “unexpected chance” is exactly the sort of deadpan humor that permeates his writing.)

“Every day, I woke up at 6:30 in the morning, before my cellmates and before the prison starts running — by the time socializing and all that noise began, it was nine. So I could write for two hours every day, which was enough,” Theofilou says. “I felt there was the need to keep in communication with the outside world, my need to remain a part of this world in whatever degree it was possible. I was trying to resist the confinement, trying not to let the main function of confinement, which renders you useless, exclude me from the rest of the world.”

This feeling — and prison’s emphasis not on rehabilitation but psychological annihilation — is reflected in prison literature across the centuries and all over the world. In the first well-known book written in prison, The Consolation of Philosophy by Boethius, the author condemns the treatment of prisoners. “Pity is rather due to the criminal, who ought to be brought to the judgment-seat by his accusers in a spirit not of anger, but of compassion and kindness, as a sick man to the physician, to have the ulcer of his fault cut away by punishment,” the 6th century Roman senator wrote.

Meanwhile, much more recently, in No Friend but the Mountains: Writing From Manus Prison, the Kurdish writer Behrouz Boochani describes, “The principle of the Kyriarchal System governing the prison is to turn the prisoners against each other and to ingrain even deeper hatred between people. Prison maintains its power over time; the power to keep people in line. The Kyriarchal System of the prison is set up to produce suffering.”

In the same spirit, Theofilou returns again and again to the bleak treatment of inmates and how many of them leave prison more broken than they arrived. In prison, he writes, “The truth of capitalism is revealed in its full glory: the wretchedness of human beings; the misery of humanity in its most inglorious moments; the intertwining of black and legitimate markets; the hypocrisy of anti-crime rhetoric; Foucault’s genius. The inter- mediation of authority in every trivial detail, the discipline, the absolute control.”

“No one respects anyone else’s privacy,” Theofilou tells me later. “If someone sees you writing, they’ll most likely interrupt you, ask what you’re writing and try and start a conversation.” Still, he remained undeterred — if only to keep his sanity. “Managing to write, even if it was nonsense, was relieving and functioned as a pressure valve, like working out did for other prisoners,” he says. “Whenever I didn’t manage to do any, I felt the desperation of incarceration much more intensely.”

Now a free man, Theofilou continues to find peace in writing. But there’s also a continued urgency to use his words to help inspire change — both within the Greek government and the prison system itself. “Right now, I’m working mostly on courthouse reporting,” he explains. “Because of my own case but also the cases of some of my cellmates, I realized how important it is for the judiciary to be scrutinized by society and reporters. This is one way to do so, because the process and decisions of such an absolute authority aren’t limited to just inside the courtroom.”

32 Steps carries a Sisyphian essence. That is, Theofilou and the rest of the book’s characters exist in a parallel reality that’s set them up to fail. Indeed, their plight — and the plight of all others who have taken pen to paper in prison, or simply found themselves behind bars — could be summed up with this line from Albert Camus’ The Myth of Sisyphus: “If this myth is tragic, that is because its hero is conscious. Where would his torture be, if at every step the hope of succeeding upheld him?” 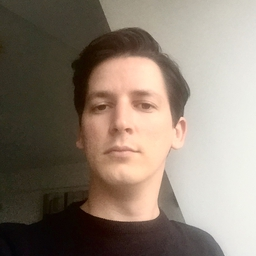 Yiannis Baboulias is a writer based in London. His work on politics, culture and Europe, appears in the London Review of Books, the New Statesman, Foreign Policy, the Atlantic and others