Is it still true that men who are considered ‘chubby’ or even ‘average’ in straight spaces are deemed ‘fat’ in gay communities?

Arthur, a 24-year-old waiter in Melbourne who has asked to be identified by his middle name, is recounting his most brutal rejection. “I had a guy ghost me after we’d dated online for several weeks and then finally met in New York. After a while, he messaged me to say it was because I was too fat for him,” he says, showing me screenshots of the man calling Arthur “incredibly overweight” and chewing him out at length for having “strategically cropped” and “misleading” photos. “I ended up crying in Washington Square Park,” Arthur continues. “It ruined my self-esteem for years.”

Arthur now understands that the man represented an “extreme example” of body negativity, but the situation still baffles him — especially because he wasn’t fat in any real sense of the word. “[His behavior] still wouldn’t be acceptable even if it was an extreme catfish situation where I was secretly huge, but I was a 21-year-old kid who didn’t have a flat stomach,” he continues. “We’re talking ‘gay fat,’ so not even fat as most people would define it. I’ve only ever been chubby at most.”

The term “gay fat” — describing the way in which men who are considered “chubby” or even “average” in heteronormative spaces are deemed “fat” in gay communities — received mainstream attention in a 2010 episode of American Dad!, in which character Greg Corbin describes himself as “straight thin, but gay fat.” That gay men are especially “fat wary” is a topic that receives fairly regular media attention, especially since the notorious “NO FATS NO FEMMES NO BLACKS NO ASIANS” Grindr dictate permeated mainstream consciousness. There’s some supporting data, too: A 2016 study found that a third of the gay men surveyed had directly experienced anti-fat bias even though most of them weren’t overweight, and that gay men were more likely than straight men to expect a fat man to be “blatantly ignored, treated rudely or mocked behind his back if he approached an attractive potential romantic partner.” (Making him, essentially, unfuckable.)

We’re three years on from 2016, though, so I asked Arthur and four other gay men and non-binary people to discuss what it means to be “gay fat” in 2019. “There’s definitely a different standard when it comes to gay men’s body types,” explains Camilo, a 28-year-old filmmaker based in Northern California. “The moment your belly exits your waistline, you’re now ‘gay fat.’” He tells me that discrimination against fat people exists in every demographic, but that there’s “definitely an expectation among gay men to be fit” and that gay clubs are “very much sectioned by body type,” with the idealized figure being that of a white, fit, masculine guy. “Anyone who is the opposite [of that] is already not a ‘preferred’ type,” Camilo continues. “But someone who combines the three [opposites] is at the very bottom of desirability.”

That said, several of my sources believe that blatant discrimination is becoming passé, and that the “NO FATS NO FEMMES” dictate is no longer as prevalent as it once was. “These discussions always use [that line] as a locus point, when I’ve never seen it said, anywhere,” says Sean, a 23-year-old charity worker based in London. “In fact, quite often, I see stuff like, ‘Fats and femmes welcome!’ and, ‘No fatphobes no femmephobes’ on the apps.” He adds, though, that this might be more of “a reflection on where I live, and how I really only look at the profiles of guys with a similar age and mindset to me.”

Luke, a 27-year-old writer in London, echoes this point. “It very much depends on what crowd you’re with,” he explains. “Hot dudes with abs get ripped to shreds for posting a thirst trap with shit like, ‘Feeling fat today,’ as the caption.” He also thinks that body acceptance is very important on certain social media platforms such as Twitter. Sean concurs, telling me that anti-fat bias is now met with such backlash on Twitter that “all of a sudden Chrissy Teigen is dunking on one guy in Hertfordshire who has 12 followers.”

But while the language and etiquette around fat shaming may be changing, Dani, a 26-year-old educator in New Zealand, tells me that queer dating app users now just code their discrimination more subtly. “The most straightforward example of this is a shift in phrasing from ‘NO FATS NO FEMMES’ to ‘masc4masc’,” they tell me. “There’s also a strong correlation between the ‘no fats’ sentiment and profiles that now express interest in outdoor activities.” In that same vein, Camilo sees “only interested in athletic guys” and “I’m active, you be too” being used in an attempt to ward off fat users.

Sean, however, feels conflicted about any suggestion that interpersonal rejection is a problem that needs solving. “Because I’m fatter, there are people I won’t [get to] sleep with — I’ll probably never get to mount Frank Ocean,” he says. “But do we need solutions to that? I’m not owed sex, and movements that think that aren’t typically progressive movements. I still have sex, just with people who are less likely to reject me, and I also dole out my bit of rejection.” Dani, too, tells me that they’re not sure that “the interrogation of desires is something that’s entirely within the realm of culture to solve.”

But both do think that there’s important work to be done in making queer spaces, both physical and online, feel more safe and inclusive, and that the profit motive of those who run those spaces often interferes with that goal. “Tumblr shutting down ‘adult’ content to try to turn it into a family platform fundamentally misunderstood what people actually use Tumblr for — to find community where the market fails them everywhere else,” Dani says. “It’s key to challenge that kind of market-driven censorship online, since that was the space where I started to unlearn the problems with my desires.”

Similarly, Sean says feeling comfortable in gay clubs is made difficult by the commercial nature of the venues and gentrifying real estate markets, where “independent places disappear overnight” and some of the “more secure super clubs” openly prioritize a narrow range of prized body types. “I want to take my shirt off in a club at 5 a.m. and not feel antsy about it, and that typically depends on how inclusive and free a space feels,” he explains.

Moreover, none of the guys I talked to liked the “gay fat” term in the first place. Camilo, for example, thinks it’s “given license to many fairly thin men to call themselves fat and center themselves in body-positive conversations, pushing actual fat bodies further down.” Meanwhile, Sean believes that there’s a risk that the “gay fat” discussion scapegoats gay men for a problem that exists well beyond the walls of gay clubs. “That I find body acceptance so hard should be pinned on the straight guys who bullied me far more than some guy on Grindr who likes abs,” he tells me. “There’s a risk of blaming gay culture for fatphobia, and in the process, reproducing us as sexually-charged drones who don’t look past people’s surfaces.” 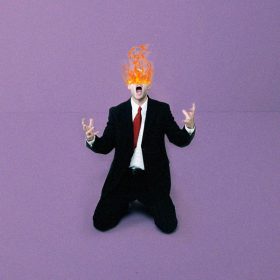 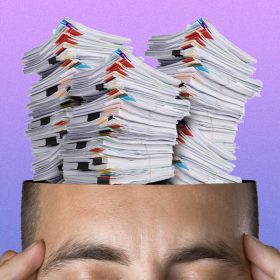