I Bought a Water Pick. Can I Quit Flossing Forever?

Should you blast water at the Tootsie Roll stuck between your teeth after Halloween, or hit it with some string?

Despite both of us knowing it’s a lie, every six months I tell my very friendly, very nice dentist that I’m flossing three to four times a week. He simply accepts that I’m lying and tells me to floss more. I promise him that I will, and actually try for a few days, before returning to not flossing.

It’s gross, I know, and I wish I were better about it. But I just don’t have the bandwidth to floss every night like my smug fiancée and her perfect-lookin’-ass teeth. At least that was the case up until a few days ago when my new water pick came in the mail. 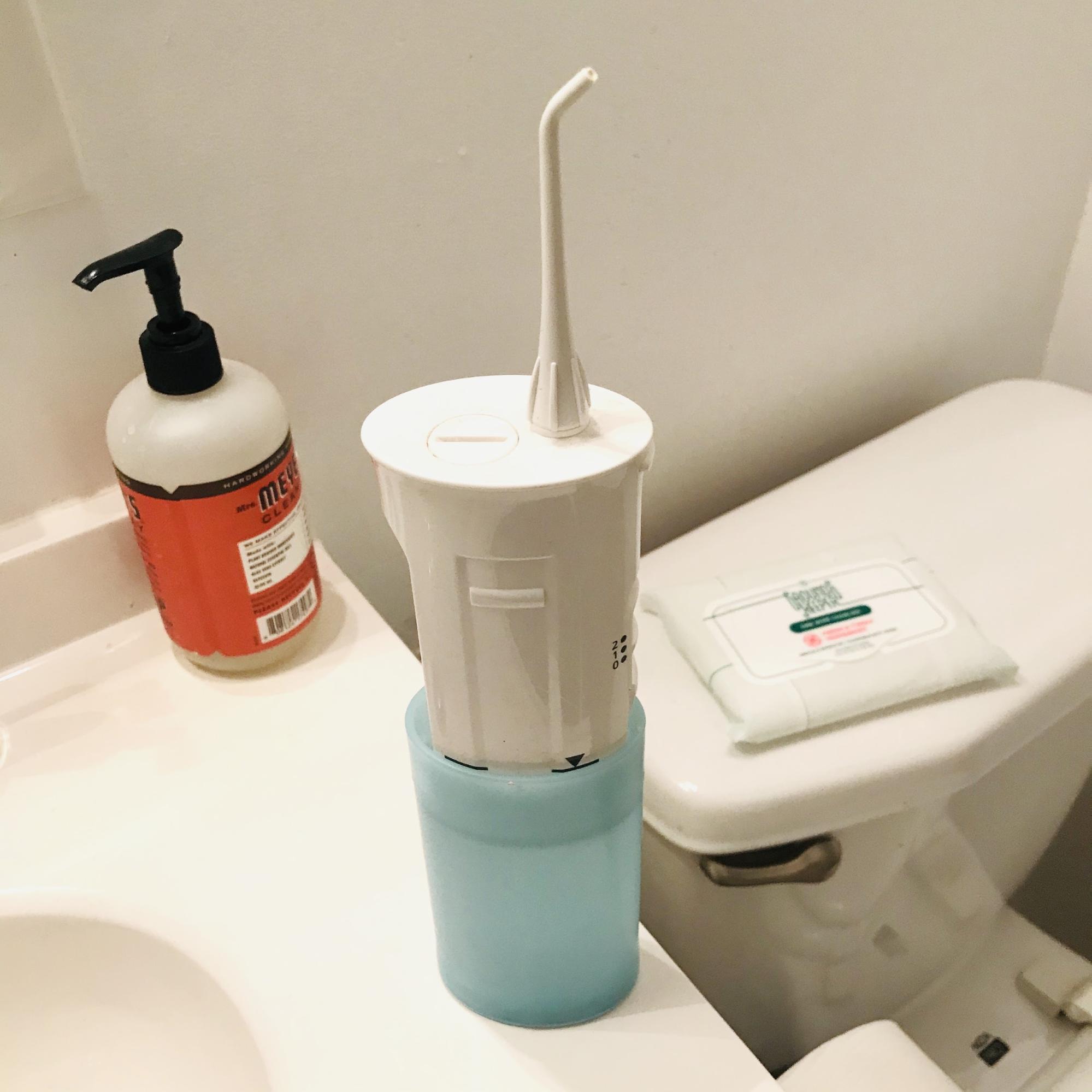 With my semi-handy water pick, I’m able to blast water between my teeth with brevity and ease. I simply fill the little tank at the bottom, and the nozzle sends a tiny stream of high-pressure water between my gums. Not only does it feel good, but it seems to be doing the job of floss — the archaic waxed string that hasn’t evolved in 200 years.

Yet my opinion is far from the consensus one — no matter what the myriad water-pick brands claim. Online, in fact, there’s a pitched battle between flossing diehards and water-pick disciples over whose method of removing debris from their chompers is best.

“A water pik [water picks are often spelled ‘pik,’ as a leading brand of water flosser is the Waterpik] has changed my life,” writes one redditor. “I’ve had declining gum health in the last few years so decided to try the pik. It took a few days to get the hang of it without spraying water everywhere, but it’s soooooo satisfying. You can easily do it in the shower to avoid spray.”

Not so fast, a flosser quickly responds: “My dental hygienist swears that just the water pik isn’t enough, that you have to floss to get the sticky plaque from hardening and building up.”

So what’s the truth? Was I scammed into believing a water pick is better than floss? Should I lay down my water pick and retreat to flossing, like a coward?

According to California-based dentist Mark Burhenne, the truth is lodged somewhere in the middle, like a piece of chewed-up spinach in my molars. In particular, he points to a few studies showing that water picks remove plaque better than standard flossing, while potentially irritating the gums less. So case closed, right? Not quite.

Brian Pendley, a dentist in Omaha, Nebraska, tells me that dentists often argue about this very topic themselves. “Yes, water picks do a good job of removing plaque, bacteria and food debris from between the teeth and below the gumline,” he explains. “But floss actually scrapes the sides of teeth and can more effectively loosen plaque. Therefore, water picks shouldn’t be considered a replacement for flossing.”

Especially if your teeth come into contact with each other, a water pick won’t be able to clean between them like a good ol’ piece of string would.

That said, Pendley believes that if the choice is water pick or nothing at all, then “using a water pick is a step in the right direction for better oral health and is definitely better than brushing alone.”

It’s for this reason that Charles Sutera, a dentist in Massachusetts, doesn’t completely disavow water picks. “You’re basically weighing effectiveness against compliance,” he says. “Flossing mechanically is more consistent at removing plaque and reducing gingival inflammation than a directed stream of water. But for patients who say they hate flossing, there appears to be higher initial compliance with water picks than floss.”

Of course, both Sutera and Pendley recommend doing both. “The ideal method for the best long-term health is to use both,” Sutera says. “The floss is the primary workhorse for cleaning between the teeth, and the water pick helps adjunctively as needed.”

To which I say, despite knowingly lying through my seemingly sparkling teeth, “Yes, I will definitely use both, doctor!”