Warheads Extreme Sour Beer, in theory, checks all the boxes for me — not only do I enjoy sour beers, I truly love a gimmick. I’m apparently not alone, considering the beer from Artisanal Brew Works in Saratoga Springs, New York, has been one of the most-searched beers on Google this year. Made in collaboration with Impact Confections, the creators of Warheads candy, the beer is truly Warheads branded beer. And while the beer itself was somewhat underwhelming, the thrill of the originality remained.

In order to purchase the beer, I had to travel about half an hour to a local liquor store known to carry craftier varieties. At $20 for a four-pack, it’s far more expensive than my usual booze purchases, but certainly isn’t an unfair price for a unique product from an independent brewery. The four-pack I purchased contained four flavors: Blue Raspberry, Lemon, Black Cherry and Watermelon. Each contains 5 percent ABV. 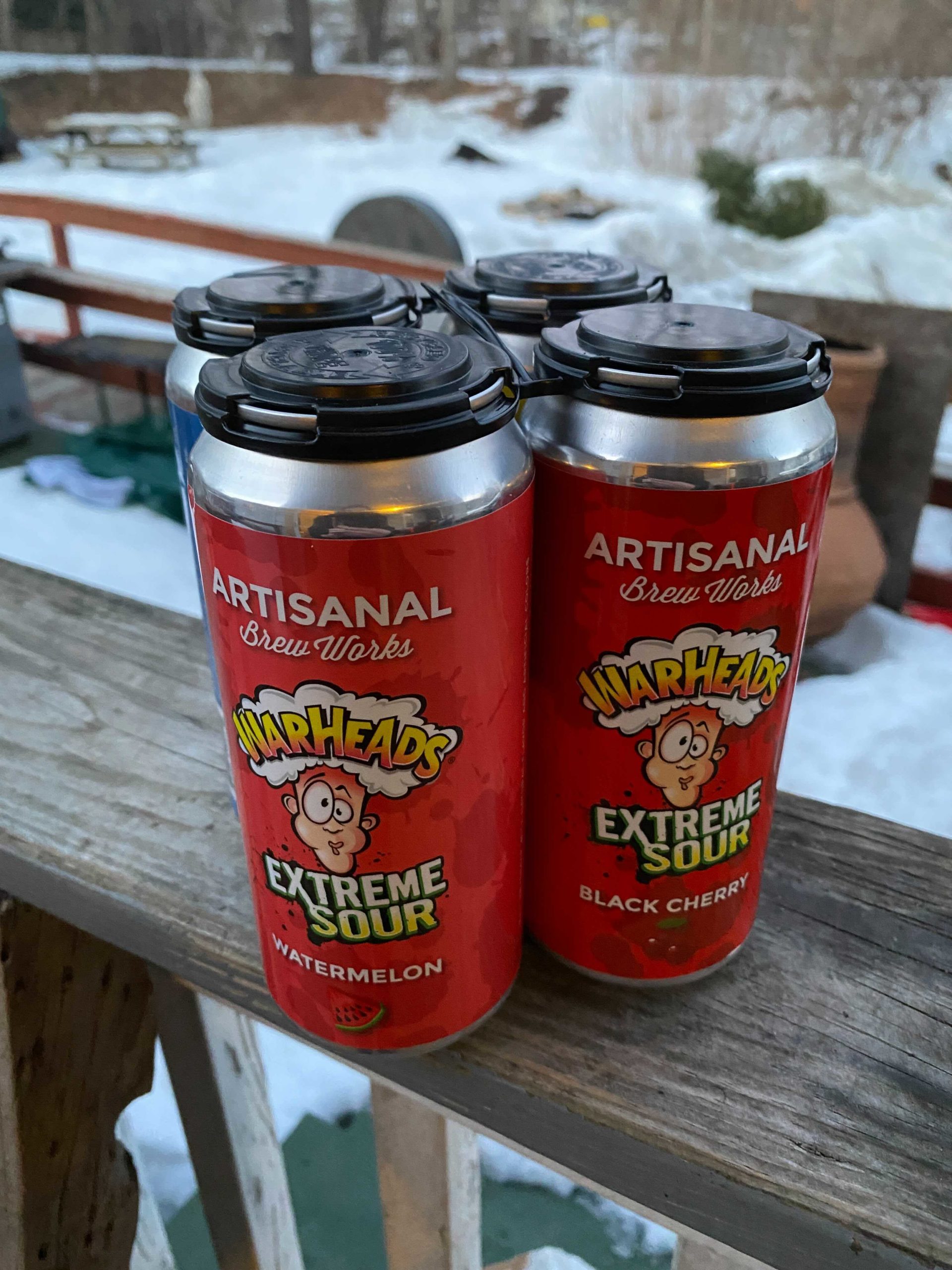 I started off with Blue Raspberry, which tasted more like an energy drink than the heady craft beer I was anticipating. Perhaps the bright blue coloring of the liquid enhanced that. I received little Blue Raspberry flavor, though a hint of fruitiness was present. It was sour, yes, but not quite as pucker-inducing as the candy it was designed for — I’d describe it more like a Monster mixed with a splash of Bud Light. Again, that’s fine, but not quite the experience I was anticipating.

Black Cherry and Watermelon had a much fuller flavor profile to them, each better identifiable as their fruit namesake. Neither were sweet by my palate, unlike the Warheads candy, which dissolves into pure sugar as the sour wears away. In this way, the cheap confection is surprisingly more complex than the beer. The candy delivers a quick thrill, a superficial jab of sourness before a sweet consolation; the beer, on the other hand, kept this superficial sourness through and through. I was, I hate to say it, almost a bit bored.

I drank three over the course of an evening. It took me over four hours, and given the relatively mild ABV, I thought I’d barely mustered a buzz. Looking at the state of the town I created on SimCity last night, though, it appears to have had an effect.

As I write this, I’ve cracked open the Lemon, the most obvious of flavors for both a sour beer and candy. It tastes like I squirted extra lime into a Bud Light Lime. That’s fine. Considering this is my second Bud Light mention in this article, it’s worth noting that I quite like Bud Light, especially Bud Light Lime. They’re extremely drinkable, and this Lemon Warheads beer is the exact same. All of them were. Perhaps I was expecting more of the “extreme” the name suggests, but that probably would have made them less drinkable.

Read Next: The Cult of the ALDI Booze Aisle

Though I’d hoped to be a bit more razzle-dazzled by this beer, I ultimately think it’s the perfect little gimmick to interrupt your week. It entices you with the concept yet isn’t so out-there that it would end up perpetually taking up fridge space. You drink it, it’s alright, the end. In my book, that’s a respectable endeavor.