There’s Nothing So Heartwarming As a Little Fella

Back in 2017, a video game called Cuphead was all the rage for a couple of reasons: It was 1) a visually sumptuous ode to the “rubber hose” style of animation seen in 1920s cartoons; and 2) quite difficult. The memes that grew out of the game referenced the latter quality, and none was so rankling as a two-panel comic where Cuphead himself addresses the reader as “little fella.” 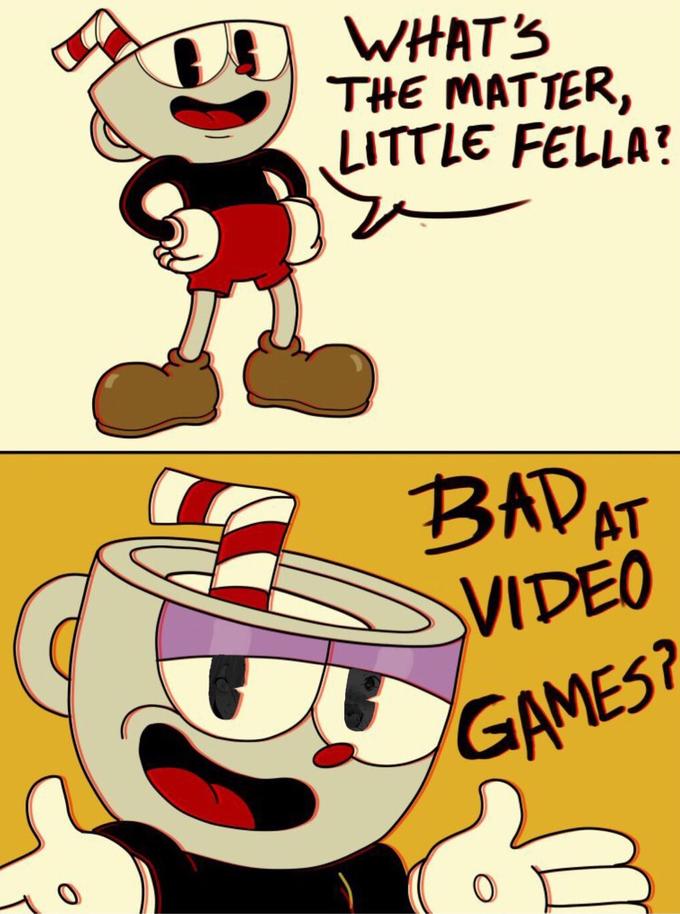 Clearly, “little fella” is used in patronizing fashion here — it targets the frustrated and petulant gamer on the point of bricking their console. The same era saw a trend of championing enormousness: Remember the “absolute unit”? But in the years since, the internet has pivoted to celebrating the small, short and diminutive. Nowadays, a “little fella” is the thing to be.

If 2020 was all about discovering “new kinds of guys,” then 2021 is a bonanza for little fellas, which come in a staggering variety — you just have to know where to look. The anthropomorphic egg wearing sunglasses on a kitchen appliance manual is, to me, a platonic ideal of the form. The average person opening their microwave egg cooker for the first time won’t even pause to take stock of him; indeed, he seems almost an afterthought of the designer. But no! Someone putting together the art for this document said to themselves, “How can I jazz up this cover a bit? I know — I’ll add a little fella.” And there he is, totally thriving on the page.

That said, a little fella needn’t actually be little or a fella. However, a little fella is always unassuming and unbothered. He could be cuddly, sweet or otherwise friendly in appearance. “Little fella” is the exact phrase with which you greet him. He may have something of the kawaii aesthetic, originating in Japan — cute for the sake of cuteness — though many little fellas are naturally occurring: vegetables, animals, babies and so on. Then there are the more abstract little fellas, created by our strange ability to project personality onto shapes and visual patterns.

Aren’t these triangles adorable? I have no idea why, either. All I can say is they’re little fellas.

Got a little beer? Nope, that’s a little fella.

A fluffy dog that some sheep have mistaken for one of their own? Definitely a little fella.

Pro tip: if you’re running short on little fellas, go ahead and doodle some more.

When you’ve encountered enough little fellas, you start to notice that people rarely have much to say about them. Our approval is implicit in the very act of recognition — if he didn’t please us, he wouldn’t acquire the title. At most, we are urging others to “look at” or “check out” a little fella, although there is one interesting twist to this formula: declaring that someone or something is “just” a little fella. It’s a way of reversing his modest stature, his comfort in his skin. The little fella isn’t prey to insecurities of size, nor does he puff himself up to intimidate. He is making do in the big, bad world as a miniature, self-sufficient guy, and that’s the bravest thing of all.

What can we learn from the little fella? Only that quiet vulnerability wins hearts more readily than aggrandizement and endless publicizing. We’re all shouting for attention online, and meanwhile, the little fella is content to simply exist and let the rest of us come to him. Less is more. Smaller is larger. And the littler a little fella is, the greater the concentration of healthy, positive energy within his tiny frame. We have to marvel, for it is miraculous.

Next time you’re feeling down, or like you can’t get through the day, I recommend taking a moment to find the little fellas, and letting them light up your spirit. They’re closer than you think — and everywhere. Being so little, they’re easy to miss. You have to focus hard and seek out their healing vibes. But trust me when I tell you this: The rewards are wildly out of proportion.