The Year of the Great Gush of Male Tears

From Jon Gruden to Brett Kavanaugh to Captain America, men aren’t just crying these days, they’re drowning in a sea of their own tears

A 6-foot-3, 247-pound battering ram who torments offensive coordinators and inflicts carnage and cataclysm on blood and bone. He’s Halley’s Comet — the ever-elusive, generational talent who crash-landed on Earth just to obliterate offensive linemen and pulverize franchise quarterbacks into heaping mounds of debris.

But despite his supernatural trajectory — a career that so far has included 40.5 career sacks, a league-leading 185.5 quarterback pressures since being the fifth overall pick in the 2014 NFL Draft and becoming the first player in league history to be named first-team All-Pro at both outside linebacker and defensive end in the same year — he was traded from the Oakland Raiders to the Chicago Bears on September 2, 2018, where he immediately became the recipient of a record-breaking six-year, $141 million contract extension.

His teammates bemoaned the move publicly, and the sports world descended into complete disarray as confusion and disbelief permeated every nook and cranny of Al Gore’s Internet. The prevailing thought was the same: Who in the hell trades Khalil Mack?

The culprit, in this instance, was newly hired Jon Gruden — whose unquestioned omnipotence within the Raiders organization proved he was merely the head coach in name only. And with an ironclad 10-year, $100 million contract of his own, the team’s front office was now his playpen. So believing his team unable to retain Mack’s services, Gruden did the unthinkable: He banished his 27-year-old gladiator to another team thousands of miles east of Oakland.

But after a dismal season in which the Raiders now anemic defense manufactured a paltry 13 sacks in 16 games — the worst total since the 2008 Kansas City Chiefs and only half a sack more than Mack had by himself with his new team (despite only playing in 14 games and two more with a clearly hobbled ankle) — Gruden didn’t admit he fucked up, but he did confess to wallowing in tears for three days in the aftermath of the trade that undid the Raiders season.

“We didn’t really have much of a choice,” the former color analyst and Monday Night Football alumnus conceded during the recent Owner Meetings. “I’m not going to sit here and say that I didn’t cry for three days. I wanted to coach Mack, and Mack knows it.”

Yet as a possible byproduct of Mack’s absence — since without a respectable defense, the onus fell on perennial disappointment Derek Carr to lead a motley crew of corroded scraps and dilapidated spare parts — Carr was accused of bursting into tears after injuring his arm in a Week 6 loss to the Seattle Seahawks. But unlike Gruden, instead of an admission, there was adamant denial.

Pittsburgh Steelers quarterback Ben Roethlisberger — whose extensive injury history proves he knows a thing or two about the rigors of the job — came to Carr’s defense. “When it comes to football, if something hurts […] I mean [Carr] might’ve been hurting, who knows?’’ Roethlisberger told reporters. “I know I’ve cried in the locker room before from both joy and pain.”

But he didn’t stop there. He dug a bit deeper. “As men, in general, we all need to show emotion. There’s a misconception that as men we shouldn’t show emotion,” he continued. “And that’s wrong. We need to show emotion, whether it’s at a movie if you want to cry if it’s funny, if it’s sad. If [you] want to be around your wife or girlfriend, just because you cry doesn’t mean you’re any less manly. That’s a false narrative.”

It’s also false because in 2019, it seems like men have been crying (wailing?) more than ever before. In fact, these days, depending upon who you ask, with the introduction of #MeToo, the burgeoning primacy of the feminist sect and everything in between, the concept of masculinity is either under siege or the harbinger of doom. So for every corrosive, hypermasculine ideology — such as our president’s insistence that it’s “a very scary time for young men in America” after Associate Justice Brett Kavanaugh cried his way through his eventual Supreme Court confirmation — there’s a Lynzy Lab ready and willing to correct the course. And while the chorus of “men are trash” has blossomed into a popular refrain reaped from South African respectability politics, there are valued intellects like author Damon Young who unequivocally nod their heads in agreement.

But regardless of where your allegiance falls on the spectrum, what’s irrefutable is that masculinity is pliable and evolving. What was once explicitly defined for most is now nearly unrecognizable to others. Even Gillette commercials are hawking accountability in place of Fusion5 blades. And in the midst of all this upheaval, vulnerability has somehow become en vogue.

As a result, men aren’t just crying, we’re sobbing — violently. Some in public; others shrouded in privacy. Some in shame; others wrought with pride. And sometimes — depending on whether or not This Is Us aired — even for days at a time. At the very least, we can’t stop crying. As actor Chris Evans told the Hollywood Reporter prior to the release of Avengers: Endgame, “This one’s really good. I choked up like three times.”

Then he cried twice as much at the premiere.

Did I mention we’re talking about Captain fucking America here?

And who can forget the way then-freshman De’Aaron Fox broke down on national television after a last-second dagger eliminated his Kentucky Wildcats from the 2017 NCAA Tournament? Or how future Hall of Famer Dirk Nowitzki bid a tearful adieu to the NBA in April?

The tide is clearly turning. And as the tears continue to flood our cheeks, there’s no question that a paradigm shift is taking place.

As someone who facilitates a monthly men’s circle — a judgment-free sanctuary for black and brown men to expel their anguish and bare their souls within a confidential environment — I witness it firsthand. I watch as molestation victims tearfully lament the loss of their innocence, as fathers weep under the crippling burden of college tuition, as career criminals buckle under the remorse they bear for unspeakable sins. In one particular instance, one of our participants was so distraught after learning the identity of the man who raped his daughter that he brought a gun with him and tearfully pled for us to talk him out of murdering her abuser.

Sadly, crimes such as these aren’t uncommon, though genuine reactions such as his provide families with the capacity to heal. Because in a world in which tears are taboo, having the courage to cry can literally be the difference between life and death.

So whether this is a passing trend or the commencement of a new normal, it’s refreshing to see so many men abandon such an antiquated gender norm. Especially in a world in which our masculinity often serves as both our shield and our shelter. But by allowing ourselves to experience our full range of emotions — violent sobs and all — we become more than a shallow facade. We become human. We evolve beyond the crude stipulations of machismo and instead embrace the fullness of manhood.

And while Derek Carr might feel otherwise, that’s definitely something worth crying about. 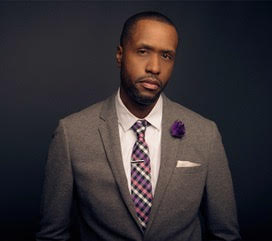 Jay Connor is a Los Angeles-based writer, speaker, and founder of Extraordinary Ideas, who also co-hosts and produces the popular podcast The Extraordinary Negroes. His work has been featured in The New York Times, The Root, Huffington Post, Playboy, and various other outlets.