The Women Faking Weddings to Get Their Ex’s Attention

The ex-boyfriend industrial complex has gone too far

Last month, a news story about a German woman who faked an elaborate wedding to get her ex’s attention went viral in all the typical corners of the internet. The stories traced back to a post from TikTok user @dieschaklin. On November 18th, she posted a video with the caption: “Remembering the time I faked my own wedding and had a professional photoshoot so he would reach out.” None of this, however, worked — her ex did not reach out.

After her original post went viral, though, she continued to have fun mining her moment of deep embarrassment for content by posting a series of reaction videos:

The thing was, it all sounded eerily similar to another viral TikTok video. That’s right, @dieschaklin isn’t the first German woman to fake a wedding to grab the attention of an ex — in fact, she isn’t even the first one this year. Back in May, 24-year-old German student Sarah Vilard posted a TikTok of a wedding she faked in 2019.

It was three months after a bad breakup, and to get her emotional revenge, she wanted a very convincing fake wedding. So Vilard went all out. She bought a wedding dress, scheduled a photo shoot and hired a groom. Then, she posted the resulting photos on her social media and waited for her ex’s reaction.

Unlike @dieschaklin, her ex actually reached out. And he was pissed. “He found out through Instagram and texted me the next day and freaked out because he thought I was cheating on him while we were together. That, of course, wasn’t the case,” Vilard told Jam Press. “But he came to my house and wanted to talk to me afterward.” But she coolly confessed, “I wasn’t interested.” Why would she be? She’d now gotten the revenge every scorned bride dreams of.

Meanwhile, back here in the U.S., when a young woman decides to fake her wedding, she may have wholly other goals in mind than emotional revenge. For instance, when 32-year-old Amber Young was pulled over in Arizona in 2019 after she’d been involved in a three-car accident, she told the officer, “I just want to get to my wedding.”

The concerned cop asked Young, “Is that your wedding dress?”

Young, who was wearing a white dress at the time, replied, “Yes.” The officer then asked the bride-to-be if she’d been drinking earlier. “I’m just very scared about everything,” she responded. To confirm her wedding-day-jitters story, the officer had Young submit to a field-sobriety test — which she failed. And so, she ended up spending her fake honeymoon in jail.

Now, this phenomenon isn’t gender-specific, as there are plenty of men who have faked weddings. Or, at least, faked their way out of weddings.

Take the Colombian man who staged his own bogus kidnapping to get out of his wedding last year. After the 55-year old reportedly got cold feet, his friends decided he needed to disappear and lay low for a few days. There was one problem with this plan, though: Colombia is known for its ransom plots. So when the groom was “kidnapped,” the community turned to the police for help. Working jointly with the Colombian military, the local police task force initiated a manhunt for the missing groom. That’s when the groom’s friends freaked and turned him in. (According to news reports, this was actually the second time the reluctant groom had left a woman at the altar.)

Finally, there’s Toni Standen, the 29-year-old British bride-to-be who faked terminal cancer in order to pay for her dream wedding and a multi-country honeymoon. Standen’s family and friends even started a GoFundMe to pay for the wedding she hoped to “live long enough” to see.

After the nuptials, witnesses recounted seeing the bride and groom at a nearby hotel, counting the cash they had received. The next day, the pair bounced out to Turkey to start their honeymoon. From there, they traveled to Germany, Austria, the Czech Republic, Hungary and Italy. The jig was up, though, when Standen next claimed to have contracted COVID. After her friends finally confronted her, Standen eventually admitted her deception over a group chat. The police got involved due to the outsized nature of Standen’s fraud, and she was tried, convicted and sentenced to five months in prison.

Which just goes to show, if you’re going to fake a wedding, make sure it’s just to get back at your ex. Because if you defraud your family and friends or initiate a manhunt, you won’t be pleased with the reception. 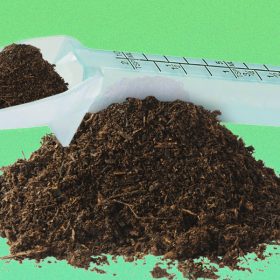 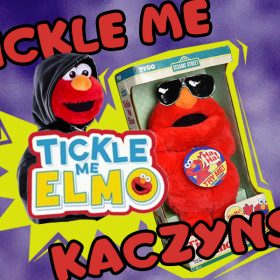