The Rise and Fall of the Most Dangerous Publisher in America

A contract killer, a two-bit swindler and a former Republican politician. What do they all have in common? They were all convicted criminals, and they all learned how to commit their crimes from instruction books available from Paladin Press’ catalog. If there ever was a university for prospective criminals to learn the trade, titles from Paladin would certainly be marked as “required reading.”

Serving as the premier publisher for books for career criminals, paranoid-to-the-bone right-wing libertarians and future terrorists, Paladin was never without controversy –- lawsuits and an FBI investigation were all things that it had to deal with during its 48-year reign — but a lack of sales wasn’t one of them. You might not have been able to purchase titles such as The Art and Science of Money Laundering, Home-Built Claymore Mines: A Blueprint for Survival or Be Your Own Undertaker at Barnes & Noble, but if you knew where to look, ordering them was as easy as mailing payment to their offices in Boulder, Colorado. Ads for Paladin were placed in the right places, too — e.g., in issues of Soldier of Fortune, a magazine for ex-special forces and thrill seekers that also featured job listings for mercenaries willing to be well-paid foot soldiers in the imperialist wars in Rhodesia and Angola. Occasionally they’d even appear in the wrong places, such as the now defunct satirical Spy magazine.

The company was managed by one of its cofounders, Peder Lund, until his death in 2018. Lund, a Vietnam vet who kept a loaded .357 revolver in his office desk drawer, was a man who donned a few different hats in his lifetime — a soldier-for-hire, a publisher, a ruthless businessman, and intentionally or not, a defender of the First Amendment.

During its first few years, Lund and Paladin would republish declassified U.S. Army training manuals. Basic Cold Weather Manual and Small Arms Ammunition Identification Guide might sound bromidic and unmarketable, but they were inexpensive to print and highly profitable. Lund, however, had bigger plans for Paladin. After all, there was plenty of information that U.S. Army field manuals didn’t teach people. And so, Paladin soon began publishing books that gave readers instructions on things like how to make Vietcong-style booby traps and flamethrowers in their home garage.

It didn’t take long for the FBI to investigate the publisher. Specifically, in 1982, the FBI was concerned that some of Paladin’s titles could be used by terrorists. A year later, Minnesota Senator Rudy Boschwitz asked a similar question. Fortunately for Paladin, the FBI ultimately decided that even the most eye-popping titles in Paladin’s catalog were completely legal.

The 1995 Oklahoma City Bombing, however, changed all of that. Just a few days afterward, Timothy McVeigh was charged with the use of a weapon of mass destruction. Despite the fact that his fate was already sealed, the prosecution brought an additional piece of evidence: copies of three books on how to build explosives that McVeigh had purchased. Dana Rogers, who worked in Paladin’s finance department, testified that Paladin sold these books to McVeigh in the spring of 1993.

Congress feared that allowing bomb-making instruction manuals to be openly sold was a recipe for disaster. As such, in 1996, California Senator Dianne Feinstein led the way in adding a key amendment to the Comprehensive Terrorism Prevention Act. It stated that publishers could be held criminally liable for knowingly selling explosives instruction manuals to someone who intended to use them for a crime. The law didn’t explicitly ban Paladin’s explosives instruction books, but the law was certainly designed to stop Paladin from producing and selling them, which, in turn, made them incredibly difficult to obtain.

EOD: Improvised Explosives Manual, a title that Paladin had sold before passage of the act was particularly difficult to locate. Ann Larabee, a professor of 20th century and contemporary literature at Michigan State University and the author of The Wrong Hands: Popular Weapons Manuals and Their Historic Challenges to a Democratic Society, says only a few libraries in the country had the title in their catalog, so inter-library loans were the only way for people to get their hands on it. But even when the inter-library loan was complete and the book was available, it wasn’t as simple as checking the book out and viewing it at home — no matter the academic bona fides behind the request. “They wouldn’t let me take it out of the library,” Larabee explains. “I had to go down into a basement archival room and look at it there.”

Later, in 1997, Paladin was sued over its book Hit Man: A Technical Manual for Independent Contractors. Former Motown Records producer Lawrence Horn hired James Edward Perry to assassinate his ex-wife and quadrapalegic son (along with his home-care nurse) for an insurance payout. Perry, who had purchased Hit Man from Paladin, followed the book’s instructions to a T — using a suppressed .22 caliber AR-7 rifle with the barrel threaded and the serial numbers filed out. He then disassembled the weapon and scattered the evidence. The technique was impressive enough to leave the FBI without clues to find the killer. For months, Perry wasn’t even on the FBI’s radar. It wasn’t until Horn started lavishly spending the insurance payout that the FBI began to question him — and that he confessed that he’d hired Perry to carry out the assassinations.

The victims’ families sued Paladin, arguing that it aided Perry in carrying out the hit. And in Rice v. Paladin, a federal judge ruled that regardless of the protections afforded by the First Amendment, Paladin could be held liable in civil court. Paladin, armed to the teeth with supporting briefs from unlikely friends such as The New York Times and The Washington Post, appealed the ruling to the Supreme Court. The highest court in the land, however, refused to hear the case, so Paladin reached an out-of-court settlement. Part of that agreement was that Hit Man was removed from Paladin’s catalog and that any remaining copies of the book were destroyed.

With about 10 percent of Paladin’s catalog now illegal to sell, it opened up a new line of business: instructional videos. While most of Paladin’s catalog gave criminals excellent information on carrying out the perfect crime, many of their videos did not. Titles such as Breath of Death: The Blowgun Video are unintentionally hilarious. Breath of Death features instructor Michael Janich, a man who could very easily be mistaken for your eighth-grade math teacher, demonstrating the “practical” uses alongside the safety issues with a blowgun. Filmed entirely in what the viewer can only assume is Janich’s backyard, it outlines how the proper use of a blowgun requires a lot force. “If it sounds like a cheap trumpet, you’re doing it wrong,” Janich sincerely tells the viewer.

Apparently, it’s quite easy for a dart to blow toward the mouthpiece, leaving you either choking to death or with a puncture wound to a vital organ.

Most of Paladin’s instructional videos follow this same pattern — very much in line with tacticool mall-ninja shit marketed at the last generation of teenage suburban male mallrats.

Around the same time, too, Paladin started getting stingy. Ashida Kim, a martial arts expert who wrote approximately 12 books for Paladin throughout the 1980s and 1990s, tells me that his contract with Paladin stated that he’d receive royalties of 10 percent. Kim’s titles (e.g. Secrets of the Ninja) had a wider audience than more niche Paladin titles and easily grossed $400,000 a year in revenue, scoring him a royalty payout of around $40,000 a year. By the mid-1990s, however, Kim started to see his royalty checks get a lot smaller — even though his books were selling just as well. He claims that today, by his estimates, there’s about a million dollars in unpaid royalties. “My contract had a clause that if Paladin went bankrupt, all of the rights to my books would revert back to me,” he explains. “But shortly after they closed, I received a letter from their lawyers stating that the clause was unenforceable.”

It seems appropriate that Paladin’s untimely demise came out-of-nowhere. Same for the fact that there’s still the mystery of how Lund died. That said, its demise hasn’t been without collateral damage — Kim, for instance, doesn’t expect his royalties anytime soon. “I don’t like dealing with crooks,” he tells me.

To that end, after 48 years of teaching its readers all kinds of crime, it’s fitting to think that ultimately Paladin became the criminals themselves. 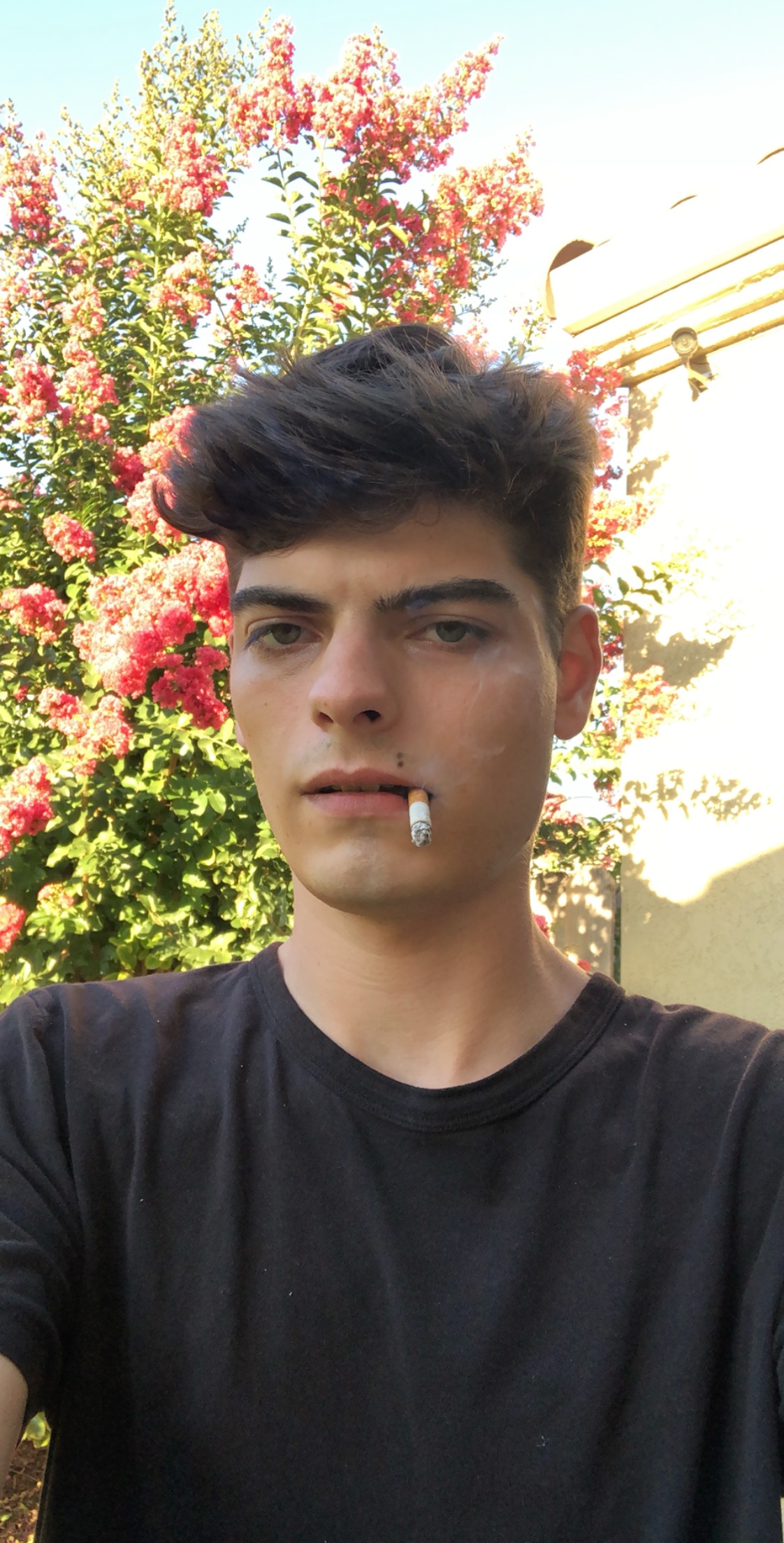 Nicholas Greyson Ward is a writer and journalist. He lives in Modesto, CA.