On a bench in London’s Green Park, 27-year-old Iain Pyle is showing me an app on his Samsung and boasting about how close he is to a “90-day clean streak.” The app looks like any generic organization tool a young male urbanite would use. Columns track weekly and monthly goals with bright-colored check marks, and line graphs employ location data to track Pyle’s journey overall. Pyle updates the app a few times a day, adding extra details when he’s struggling: “Today was a hard day. I was stressed out. Very tempted. Went for a walk to cool off.” As Pyle eats his sushi lunch, he tells me how the app has changed his life. “I feel better, I’m way more productive and I’ve been less stressed in the past couple of months than I’ve been for most of my life,” he claims.

Why the sudden appeal of habit-formation apps? They’re “aspirational,” writes Nisha Chittal in Vox. They’re “less about distilling your life into a series of data points and more about becoming your ideal self. … You too can become a person who practices good habits.” “Habit trackers essentially gamify your aims and goals,” says Ali Abdaal, a U.K.-based medical doctor and popular productivity YouTuber. “If you like playing games or seeing numbers on a screen, you know what target to hit or how close you are to reaching your goal.” The social aspect matters too, Abdaal adds: “You can connect with a community, share your experience and struggles and give advice.”

The NoFap movement — and the use of habit-tracking apps — is spreading beyond the West, too, converting loyal “fapstronauts” in places like Pakistan. Shah, a 22-year-old engineering student in Karachi, tells me a story nearly identical to Pyle’s. “Even though Pakistan is a very religious country, there’s a lot of [pornography] that circulates over social media and on cellphones, and lots of men [develop] bad habits,” he explains. 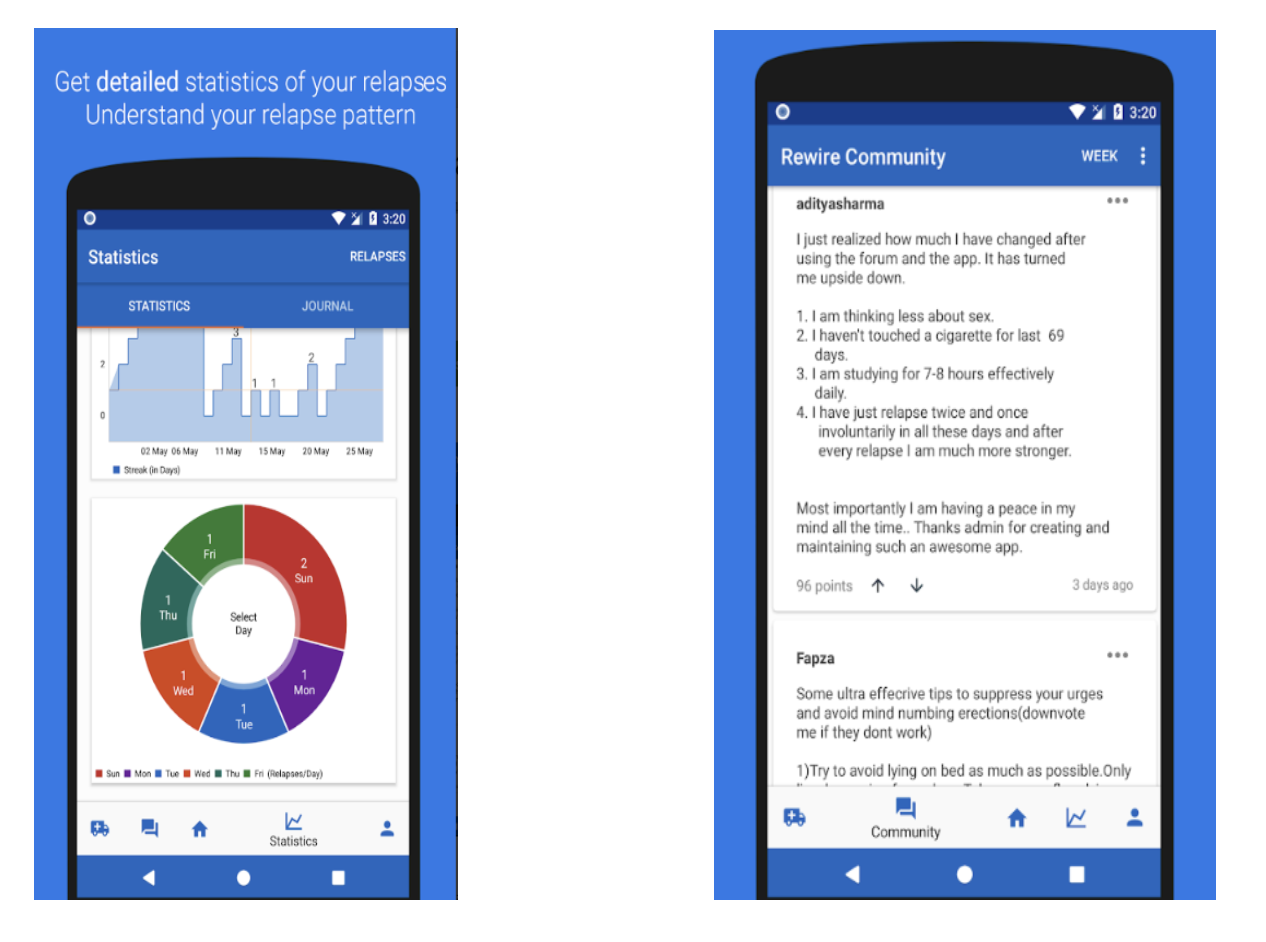 The big question, then: Are habit-tracking apps actually effective? And is porn really the addiction we’re treating it as? Typically, there’s insufficient evidence for either claim. That’s partly because the effectiveness of an app depends on its user. “People are actually less likely to develop new habits if they’re using a device to pay attention for them instead of paying attention to themselves,” writes Charles Duhigg, author of The Power of Habit. “If you’re just wearing something on your wrist and you look at it every so often and you feel like you’re accomplishing something but you’re not actually learning from it, then it’ll have the opposite effect: It’ll remove that burden that you feel to actually get something done and to learn from what you’re being exposed to.”

For Kamal’s part, he describes his app as a way to help men be happier. In no way is it a substitute for therapy or counseling, he insists. It’s only a short-term fix, he says, but one he believes “so many men urgently need.” 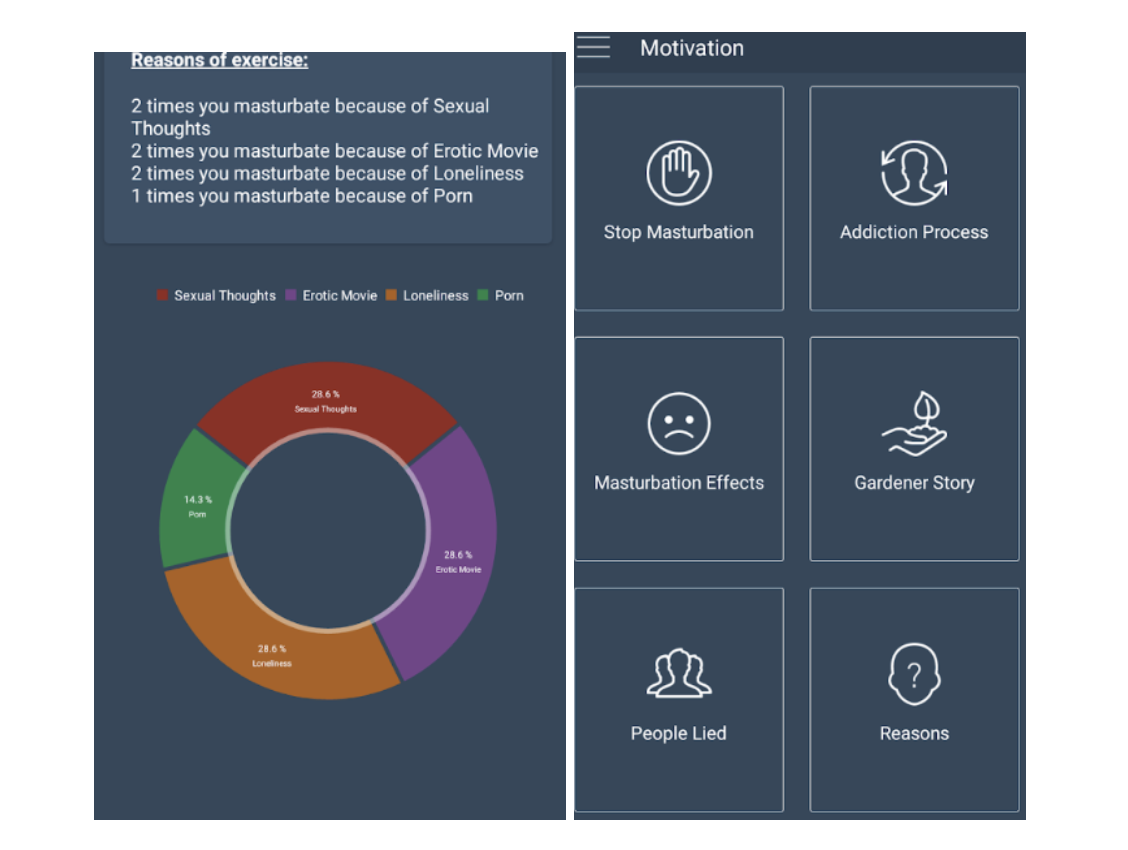 To keep himself focused, he now looks at the charts on his app at least once every few hours, especially the one with a solid blue line, marking each day he didn’t orgasm. “I keep having to remind myself that I’ve come this far, and how bad it would feel if that line turned any other color,” he tells me.

But what happens after the 90 days? Will he feel like he’s changed as a person? And what will his next goal be? Pyle is silent for just short of a minute. “You know, I haven’t really thought about that,” he finally responds.

“I want to have healthier relationships,” he decides. “To be more present around people, friends, family or a girlfriend.”

Of course, he acknowledges, these are things that can’t exactly be habit-tracked or rewarded with digital badges. “I don’t think that the past 90 days have solved all my problems, or even most of my problems,” he concludes. “It’s just shown me that I can improve myself and be a better version of me. A version of me I’m happier with.”