The Bedside Reading of the Post-Trump Nationalists

It might sound more intellectual, academic and ‘kinder,’ but it’s every bit as vicious as the MAGA agenda

Some recent books have begun to plot the course of post-Trump Trumpism that won’t sound cretinous or racist, but will still appeal to MAGA and America First voters. This “intellectual” Trumpism consists of ideas that Nikki Haley or Mike Pence can say believably, rhetoric for candidates who don’t look thuggish. On the surface, it might even sound reasonable to you.

But underneath that surface are views that’d warm the heart of Stephen Miller, even if candidate Marco Rubio doesn’t actually have the repugnant Miller on staff. So while the mode and delivery of the talk will be smoother, the outcome will still be parent-less children in cages.

The idea is to rally around the ages-old creed of nationalism, to burnish the reputation of political ideas you may have learned to associate with World War I’s pointless scrum of nations or nationalism’s logical extreme: fascism. But this will sound kinder and gentler. “America is a nation, not an idea,” writes National Review columnist Rich Lowry toward the beginning of The Case for Nationalism: How It Made Us Powerful, United, and Free. It’s “a nation, whose sovereignty and borders are dear to it, whose history and culture are an indispensable glue, whose interests guide her actions (or should).”

An innocuous enough beginning, perhaps. What’s wrong with pride in one’s nation, in an actual place and actual population — one whose grandparents put the hurt on fascist ultranationalists, after all?

What’s wrong is that, since the beginning of the idea of the nation-state — that “the people,” not a dynasty should rule — the first step has always been to decide who gets to be a member of “the people” and who does not. (And woe to those who don’t make the cut.)

Lowry approvingly cites “Founding Father” John Jay, the eventual first Chief Justice of the Supreme Court, who put it this way in 1787: “Providence has been pleased to give this one connected country to one united people — a people descended from the same ancestors, speaking the same language, professing the same religion, attached to the same principles of government, very similar in their manners and customs.” One ancestral race; one god-given soil. (Jay added, with no sense of irony, that the American colonizers were the ones who “nobly established general liberty.”)

Since the nation-state’s beginning, and still in Lowry’s arguing, the nation is people, a tribe, an identity. For Lowry, that comes first. Yes, the ideals of democracy and personal freedom are worthy, a sense of liberal mission at home and abroad is virtuous. But these principles are secondary to, and flow from, the people, not the other way around. The book is all about special essences, particularly the essence of the true American: a unique thing in history, an exemplar to the globe.

What makes the American and his nation different and superior to others? “What makes us different is that our ideas are true. That our claim to chosenness has been better demonstrated, by our essential goodness and power, than that of any other country.”

This raises the question of, if the exceptional American identity were threatened with “dilution,” which ideals would Lowry sacrifice to preserve it? Historically, other nationalists have had strong, clear views on this point.

While Lowry argues that nationalism “made America great,” Yoram Hazony puts a burnish on America First side of things. Hazony’s The Virtue of Nationalism argues that nationalism provides a rallying point for ethnic groups to resist supranational forces. “The national state offers a great improvement in the possibilities for the collective self-determination of the tribes … tak[ing] advantage of the basis for a genuine mutual loyalty [like] … a common language or religion.”

Placing these supranational forces — not very convincingly — under the overarching category of “imperialism,” he targets things like the EU with its social and economic policy demands on member states. Supranational corporations get the treatment, as does the U.N. The other antagonist haunting the book is a sort of cultural imperialism of pluralism, permissiveness and demands for universal human rights across borders.

A friendly interviewer recently asked Hazony whether history showed that ethnic minorities have tended to fare poorly under nationalism’s first requirement — define “the people.” Hazony shrugged and asked, “But what if we have to make a decision?” That is, what if humankind’s only two choices are strong, closed ethnonations and the expansion of universal values or institutions? “And that’s I think where we actually are.”

The defense against the imperialism of human rights or climate accords, argues Hazony, demands hard, physical borders and hard cultural-ethnic borders around those who belong. Alien ideas and alien people within national borders need simply to be outnumbered and eclipsed as a practical — not racist — matter, per Hazony. While Hazony’s book is more about ethnic self-determination in a global context than Lowry’s, he joins Lowry in arguing against a nation primarily of ideals — ideals lead to confusion about who are the true “people,” what is the true culture. And confusion about this exact identity leads to defeat.

The point of these books is to rehabilitate nationalism, to make it sound more like love of tribe than hate of others: patriotic, natural, homey kin before others. But there’s an internal tension that makes this challenging. This past summer, Hazony declared the arrival of this nationalist movement at what he and his partners called a “National Conservatism” conference. Hazony is the chair of its organizer, a new nationalist think tank, the Edmund Burke Foundation. A sympathetic observer reported that Hazony got his biggest crowd reaction when he said that, without an ethno-religious basis for the state, “within two generations people can’t tell the difference between a man and a woman, between a foreigner and a citizen.”

Very quickly Hazony sounds less like he’s promoting the virtues of self-determination and national independence and more like he wants to elevate the true people, and suppress the untrue, whatever their citizenship, wherever they were born.

As revealed by Hazony’s rapid slip from would-be political scientist to social conservative warrior, nationalism is a slippery thing. This is also embodied in the words of self-proclaimed nationalist Donald Trump. When he stays on-teleprompter, he foreshadows how a future, more polished national conservative president might sound. “The true good of a nation,” he said last fall at the U.N. General Assembly, “can only be pursued by those who love it, by citizens who are rooted in its history, who are nourished by its culture…”

It sounds relatively mild, even though you need just one guess who the president and his speechwriter Stephen Miller think are “rooted” in the country and who are not.

Or take the example of one of Trump’s judicial nominees — Judge Steven Menashi of the Second Circuit Court of Appeals — who recently came under fire for celebrating ethno-states. In a 2010 law journal article, “Ethnonationalism and Liberal Democracy,” he argued, ethnonationalism is a good, not bad, thing and that “ethnic ties” not “abstract” principles “provide the groundwork for social trust and political solidarity.”

Not only is ethnonationalism “consistent with current state practice and international law,” he wrote, but “liberal democracy,” requires “a national community if it is to become more than an ineffectual abstraction.”

Compare those refined words to Trump’s open policy of cruelty to brown immigrant children or his reaction to Ilhan Omar. When asked whether he was unhappy with chants at his rallies of “send her back,” directed at the Somali-American congresswoman, Trump said, “No, you know what I’m unhappy with? The fact that a congresswoman can hate our country.” (Who’s country?)

And what might a rebranded nationalism sound like in the mouth of Trump’s predecessors? It might not sound race-nationalist at all. For instance, here’s Rubio recently: “Does our country exist to serve the interest of the market, or does the market exist to serve the interest of our nation, and of our people?” On the face of it, that doesn’t sound too bad, until you consider that Rubio and his party haven’t lost a lot of sleep devising correctives to deeply historic obstacles for those he doesn’t really consider the people.

Similarly, there’s Josh Hawley’s recent speech in which he argued that the “cosmopolitan elite look down on the common affections that once bound this nation together… What they offer instead is… multiculturalism [that] degrades our common identity.” That, he said, leaves out the common man, resulting in hopelessness in Middle America. On the other hand, Hawley has adopted a new line Tucker Carlson has been using, that the heartland’s been hurt by Republicans’ utter fealty to trickle-down. “The Right celebrates hyper-globalization and promises that the market will make everything right in the end — eventually… perhaps,” Hawley opined.

It could be seductive rhetoric, but will Hawley’s party actually take interventionist steps to uplift everyone, even those “cosmopolitan multiculturalists”? Is he “bound to them,” or are they the enemy of the people?

Whatever the eventual solution to the resurgence of nationalism, it begins with acknowledging that privileging a “national race” has been its essence for more than two centuries — its feature, not its bug. 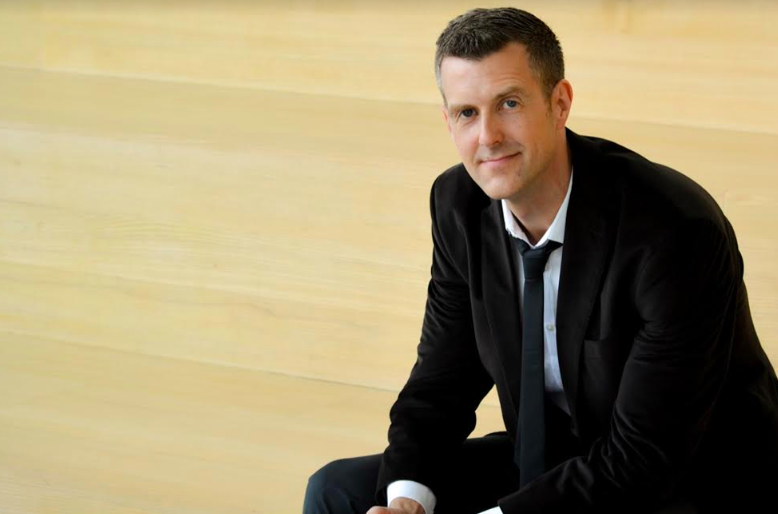 John Broich is an historian and writer focusing on race, colonialism, and nationalism, with work appearing in BBC History, WaPo.com, Slate, and elsewhere.