Mexican Pizza, I Will Always Love You

Taco Bell’s cultural abomination was canceled last year. Miss it? Me too. It's time to make the stoner tostada of your dreams.

It’s been nearly four months since Taco Bell’s venerable Mexican Pizza left our lives for good. And, God help me, I miss it dearly.

It’s a curious thing: an abomination to both Mexican and Italian cultures, and a head-scratching inclusion on a menu that largely hews toward the traditional dishes of tacos, burritos and nachos. Maybe that’s why my young eyes were drawn to it more than two decades ago. Or maybe it was my dad, who found the bastardized tostada (or tlayuda?) and its bizarre name to be fundamentally amusing but still delicious.

How could it not be? It’s refried beans and seasoned taco meat, sandwiched between two crisp tortillas and drenched in a generic red enchilada-style sauce and a blizzard of melty cheese. Frankly, it looks and tastes nothing like a pizza, and the dual-shell configuration seems like a pointless addition of fried carbs, as tostadas are served open-faced. Why fix something that ain’t broken?

However, as with superb engineering or great modernist art, this humble assemblage of stock Taco Bell ingredients is much more than the sum of its parts. More flavorful than a taco, with more texture than a burrito and more elegant than nachos: Such is the nexus of the Mexican Pizza. And now Taco Bell’s gone and ruined all of it, discontinuing the speciality for good under the guise of “saving paper.” Okay, the Mexican Pizza did have its own unique box, but was this really the pivot to environmentalism we needed?

While other discontinued items, notably potatoes, have made a return to the Taco Bell menu after public outcry, there appears to be no new life on the horizon for the Mexican Pizza. The mourning party wails on, in an 80,000-strong online petition and elsewhere across the meme economy. Lost souls now wonder why Taco Bell can afford to debut a bizarro chicken sandwich trend-chaser but cut the Mexican Pizza over cost concerns. I lie awake at night, pondering whether this loss is a referendum on the illusion of choice within capitalism and the tyranny of the market.

(My more primal concerns are best summed up in this comment from one distraught petitioner: “MY KIDS SHALL EAT THIS ITEM IN THE FUTURE DON’T DO IT TO ME YAAARRRRRR!!!”)

Perhaps, one day, Taco Bell CEO Mark King and overlord Yum! Brands will see the light and take mercy on Mexican Pizza fanatics everywhere. In the meantime, I think the best way to celebrate the legacy of the Mexican Pizza is to pay homage to it at home, which is to say, replicate it as closely as possible. The most challenging part about this is getting a flour tostada or tortilla that fries up as airy and crisp as the OG ingredient. The rest is dead simple — and even if the tostadas aren’t perfect, the final dish ends up pretty delicious. Here’s how to make one.

Combine all ingredients except for water in a bowl and mix thoroughly, leaving no pockets of flour. Heat a skillet over medium-high heat, then add the water. Mix in the meat, stirring frequently to break up clumps. Cook over medium high heat, mashing the meat until it’s fully broken up and browned, but not dry (about 10 minutes). Add more water if necessary — you want a thick but spreadable consistency.

Lay down one crisp tostada, then spread a layer of refried beans onto it. 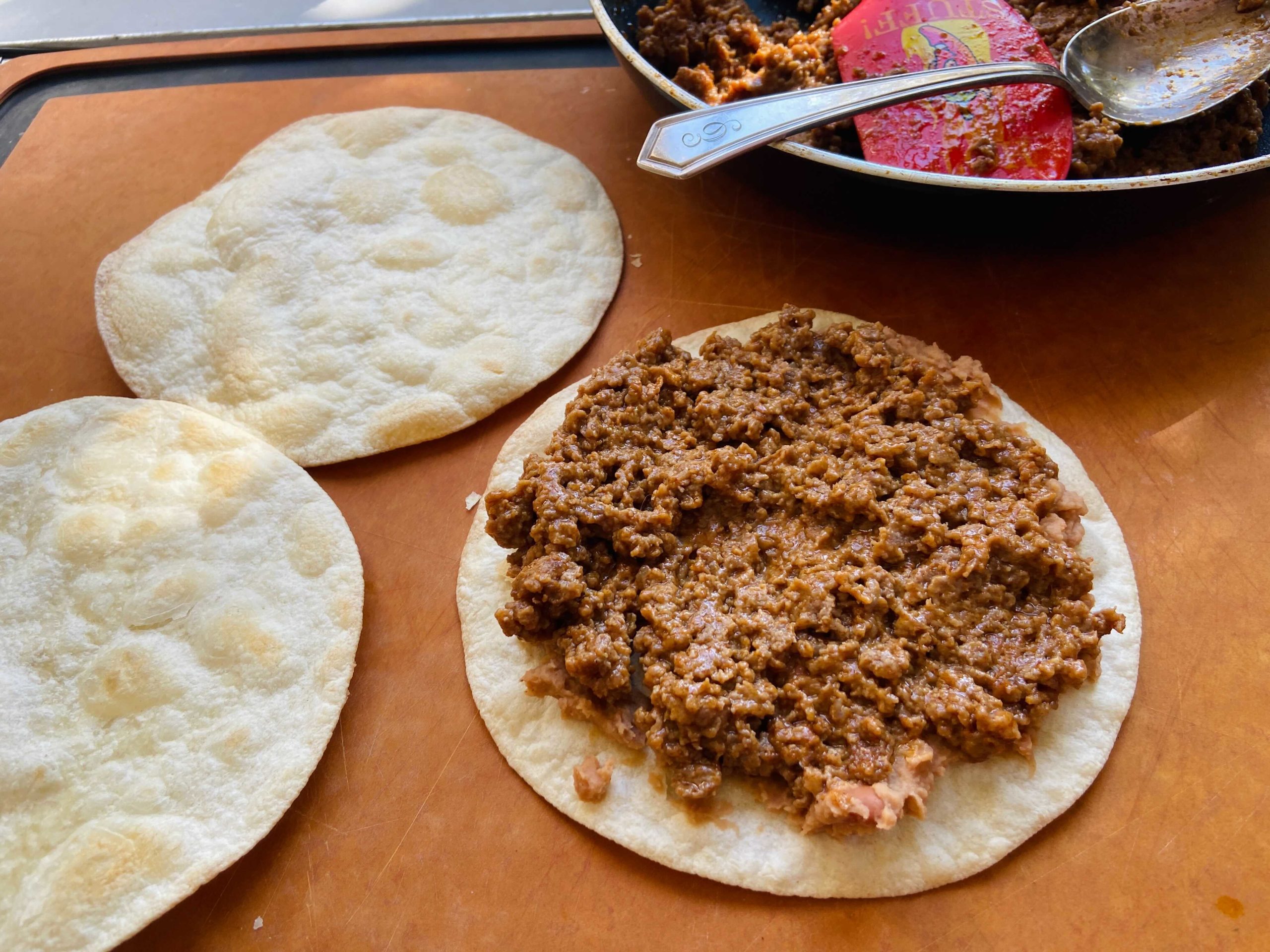 Add a thicker layer of meat, top with the second tostada and add a layer of red sauce (make sure to leave a clean rim). 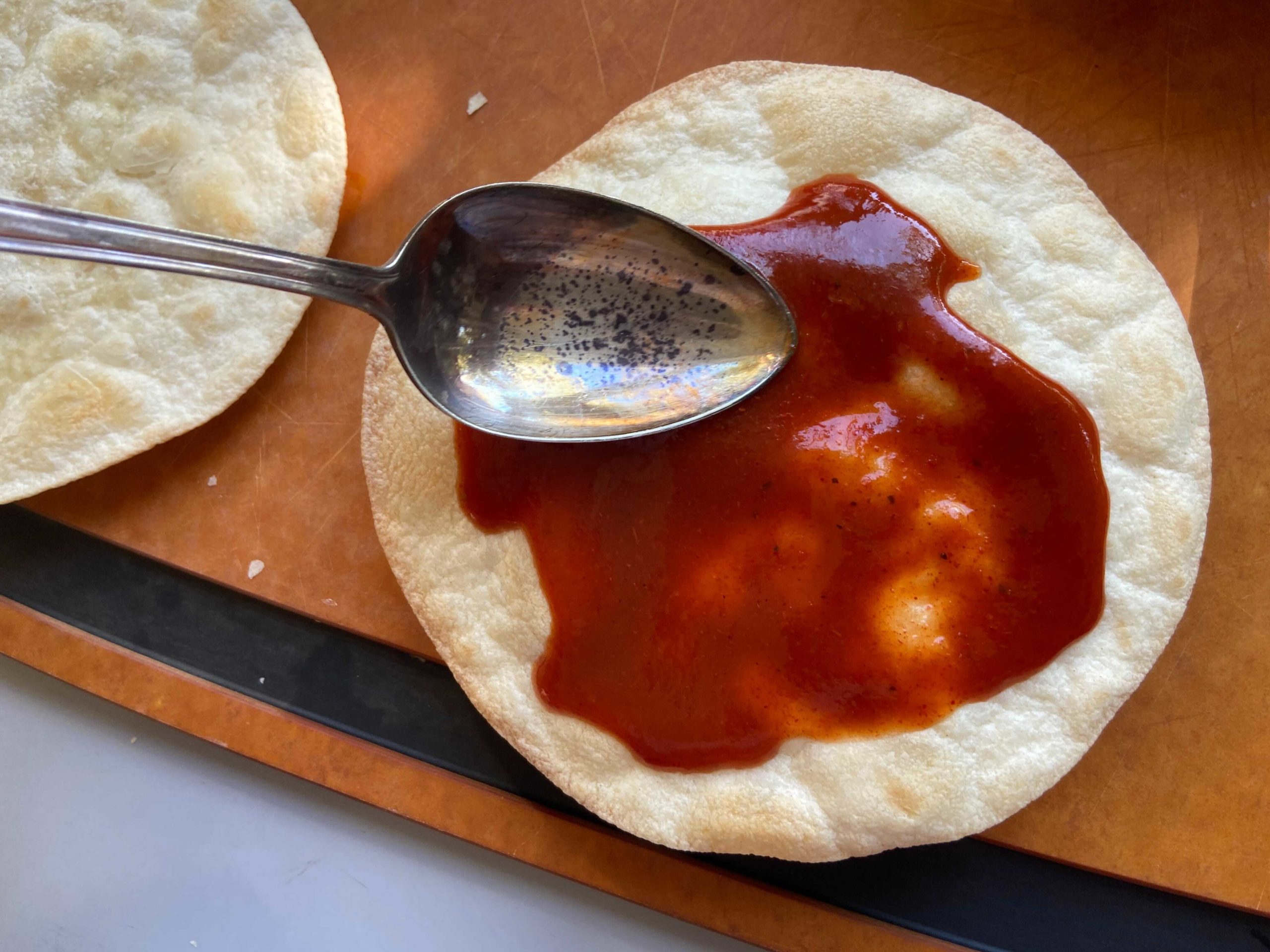 Sprinkle with a handful of shredded cheese and a pinch of diced tomato, then melt the top by using either a 400-degree oven, broiler, toaster oven or blowtorch. 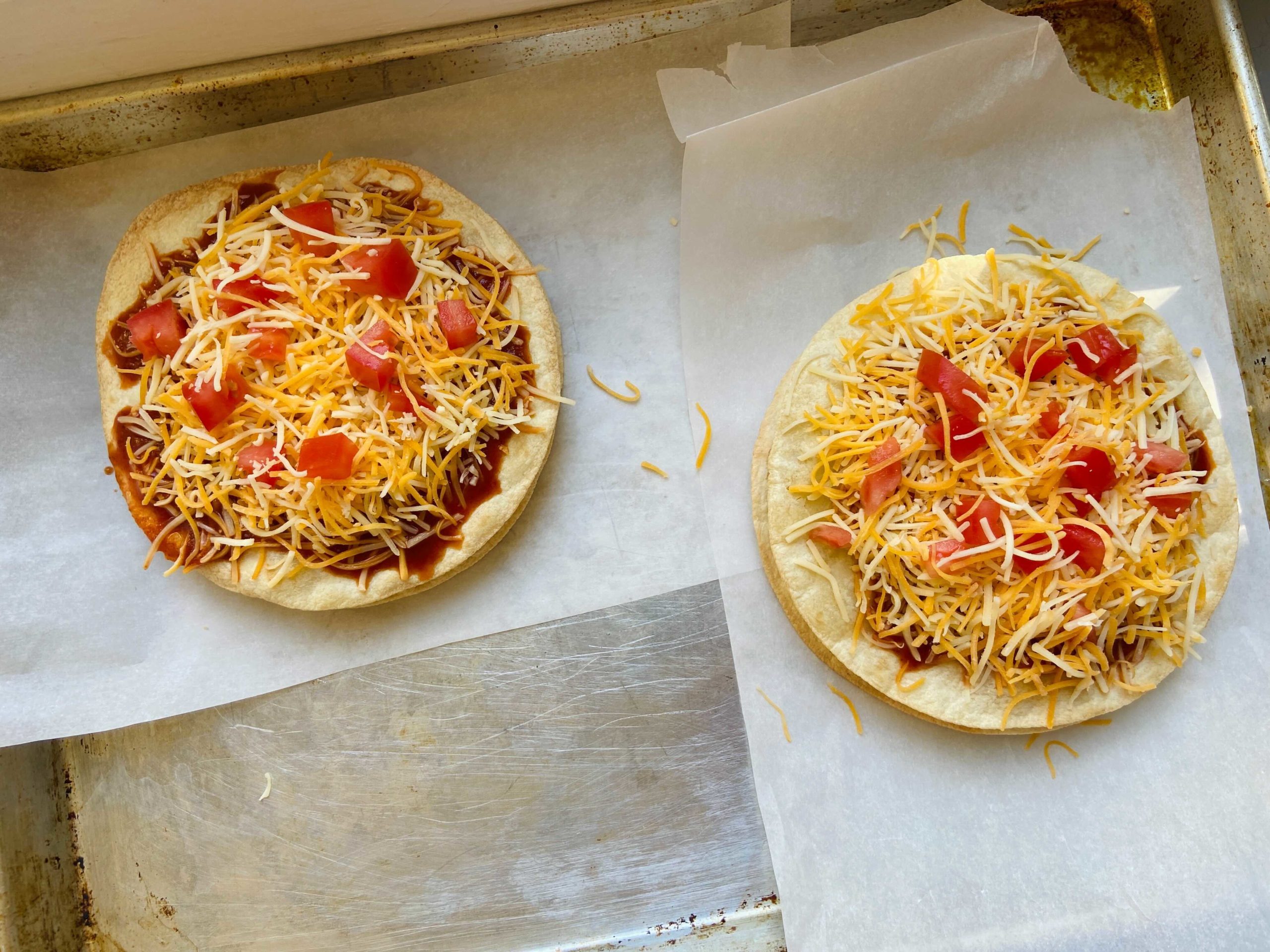 Cut into four pieces and eat. 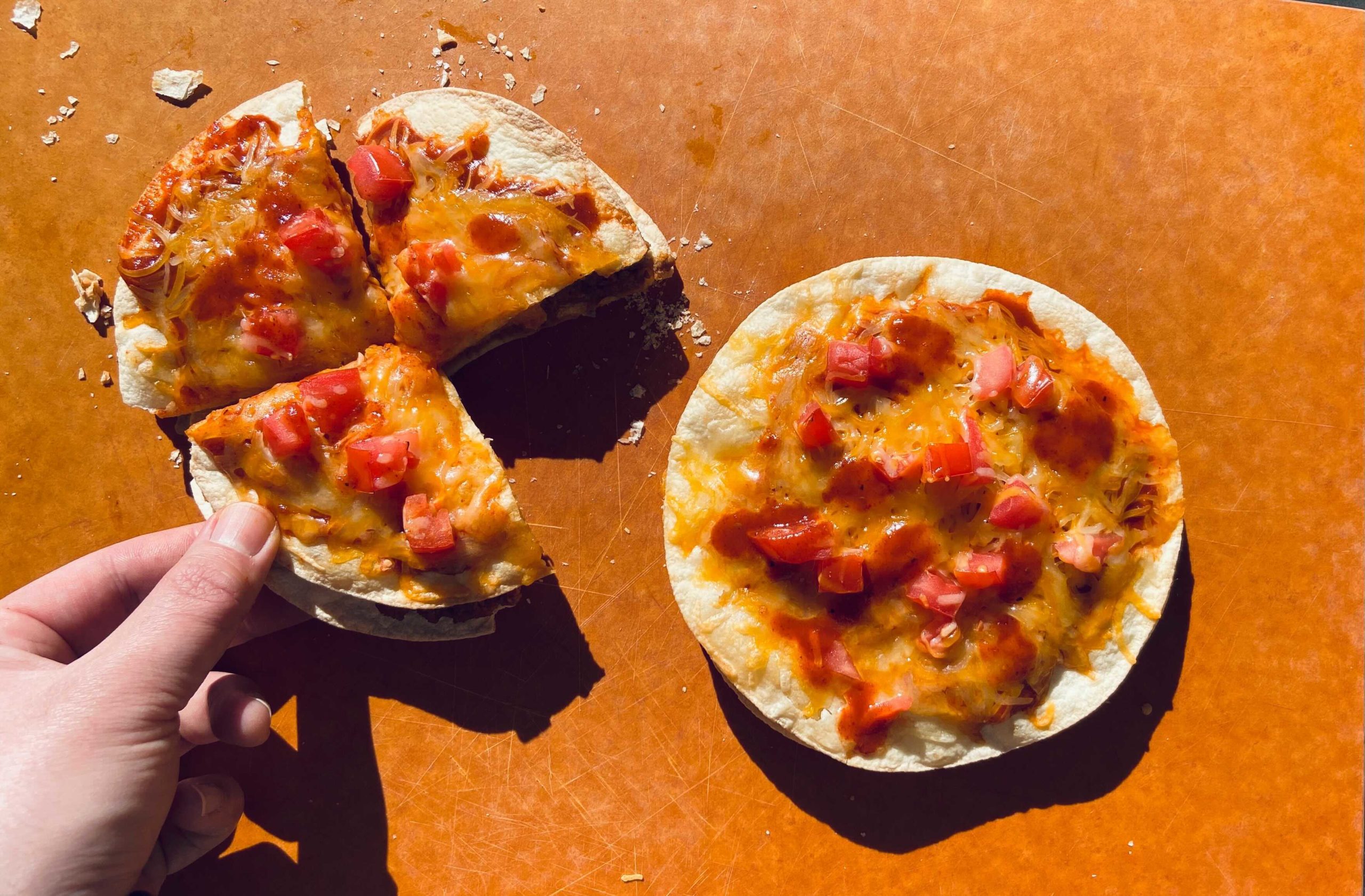 Personally, for maximum childhood nostalgia, I enjoy this dish most in front of the TV, with Adult Swim cartoons blaring in the background and a large Mountain Dew by my side.