Rick Moranis Has Always Been Hot

The beloved 1980s star is coming back for another ‘Honey I Shrunk the Kids’ sequel, and a whole new generation is ready to call him daddy

News of Rick Moranis’ triumphant return to the big screen in a new Honey, I Shrunk the Kids sequel — his first on-screen role in over 20 years — made the rounds on social media last week, garnering responses from, “Why not Spaceballs or Ghostbusters?” to “Why is Josh Gad playing his son?!” But the most correct take is that, after a long hiatus following a family tragedy, Moranis deserves a project that makes him happy. And secondly, as I tweeted when I heard the news: “DADDY.”

That’s right, this xennial’s thirst-o-meter went through the roof to learn that my original Hot Nerd of Hollywood was back in action. And let me be clear: I do not use the word “nerd” here as an equivocation of Moranis’ sex appeal, an attempt to place him in some “loser’s bracket” of hotness. Rick Moranis is hot. Full stop. He is also a nerd. This is not a contradiction in terms.

Although die-hard fans likely swooned over a flannel-and-parka clad Moranis in his first film, the self-directed SCTV spin-off, Hamlet parody film Strange Brew, his breakout role in Ghostbusters introduced a wider audience to the power of his special brand of smokin’ hot dorkitude. Because he’s a brilliant comedian with an incredibly expressive face, he’s convincing as Louis Tully, the friendless neighbor of Dana Barrett, the romantic lead. But when an inter-dimensional gate opens in their apartment building, possessing Moranis’ character with the spirit of the demon Vinz Clortho and Sigourney Weaver’s with his cosmic match Zuul, there’s something about him that allows us to buy the pairing: That thing is the fact that Rick Moranis is an actual, undeniable snack with genuine sexual charisma. I mean, just look at this still snapped during filming and tell me he doesn’t look a little like James Dean. You can’t.

It makes sense that he would have gone from his role in Ghostbusters straight to the romantic lead in Little Shop of Horrors, and from there to the crush-worthy impromptu crooner in Parenthood. There’s even a scene in the latter film where his wife describes him as “commanding,” referencing their “hot” sex life and how much he “turned her on” in the early days of their marriage. 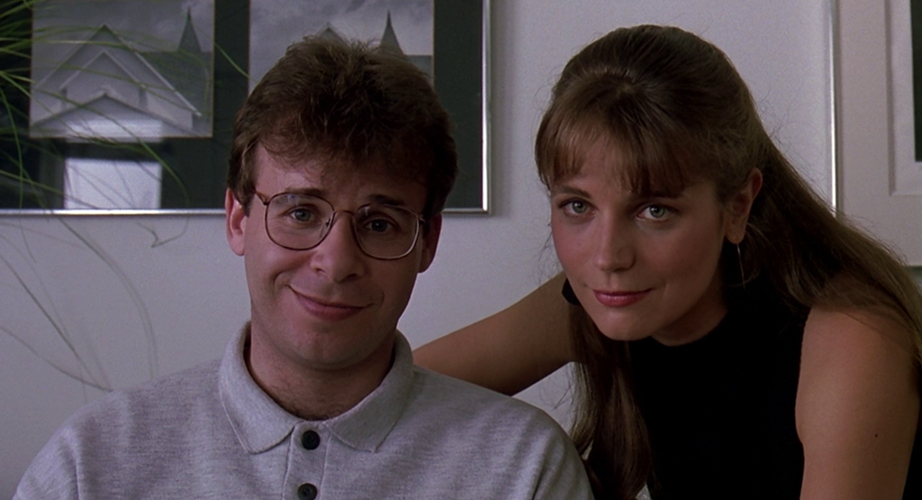 And while the down-on-his-luck Seymour from Little Shop might be a schlemiel, in the character descriptions in the original script, playwright and lyricist Howard Ashman makes a point to clarify that he’s not some sort of clown: “Above all, he’s a sweet and well-meaning little man. He is not a silly, pratfalling nerd.” Really, the whole point of Little Shop is that Audrey has a great guy right in front of her and can’t see it because she’s too busy living out her childhood trauma with a psychopathic dentist.

Seymour’s not just great because he’s nice either; he’s great because he’s got soft lips, terrific hair and the voice of an angel. Seymour wins because he’s hot, and Audrey finally sees it. Like James Dean in Rebel Without a Cause (yes I’m comparing them again! Notice the nearly identical red jackets worn by the two characters? Coincidence? I think not!), Seymour’s the guy you’re ready to admit was always hot when you’re done thinking some asshole is hot just because he’s, you know, an asshole. And while Dana Barrett stupidly ended up with the sexually harassing narcissist dickhead, Natalie Wood and Audrey do the right thing by eventually realizing they’ve had a stone-cold sweetheart hottie by their side all along. 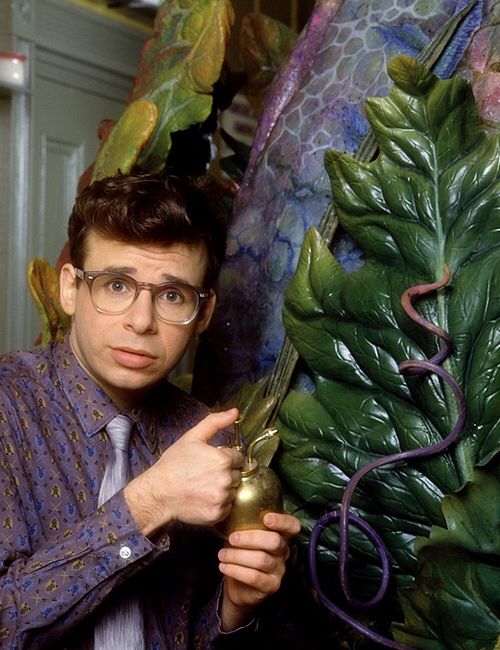 Which is why people up in arms about the recent casting of Jeremy Jordan or Jonathan Groff as Seymour are missing the point of both the role and its cinematic originator. The fundamental problem with a “No Hot Seymours” argument is a mindset that pits “nerd” against “hot,” as though they exist at opposite poles of the same axis, rather than on completely independent axes of “cool to nerd” and “hot to not.” Anyone who’s gone to high school knows that there was always at least one person in your class who was considered a “nerd” (sometimes for understandable reasons, like they skipped two grades in math or played Magic: The Gathering in the band hallway, and sometimes totally arbitrarily, because high school is a nightmare) and yet was widely understood to also be undeniably hot. Perhaps you wouldn’t get with that person for fear of the social cost, but you’d damn well daydream about their lips against yours in Spanish class.

Really, Dark Helmet isn’t so different from Louis Tully: In both roles, Moranis’ innate sex appeal is used as both a gag and a draw. The idea that a guy like him would end up with a beautiful woman like Dana or Vespa is a joke, sure, but it’s a joke that you’re kinda into… like, sexually.

The great thing about hotness is that it transcends any one metric. Rather than being the sum of someone’s parts (though the parts can help), hotness is a holistic assessment of their overall vibe. It only takes a cursory “Rick Moranis hot” Twitter search to see that plenty of people have always been down with what Moranis is putting out.

And thank God, because it is goddamn 2020 and we will no longer equivocate or apologize for genuinely finding nerds sexy as hell. When conversations about the dangers of toxic masculinity have finally gone mainstream and hierarchies of attractiveness created by self-described incels on Reddit are rightfully mocked, there’s never been a better time to shout our nerd thirst from the rooftops. Because like fellow SCTV cast member Eugene Levy, who is finally getting his due as a leading man on Schitt’s Creek, Moranis has always been hot because he’s vulnerable and sweet and sheepish and silly and sad and nerdy.

And also, you know, because he’s freaking hot. 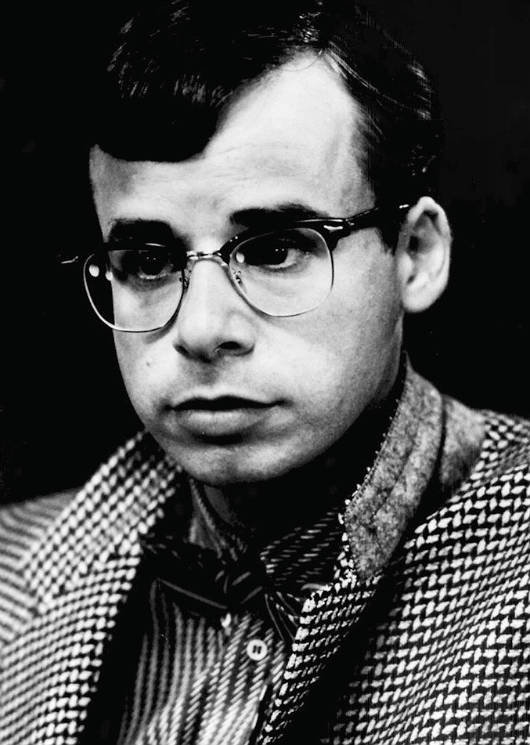 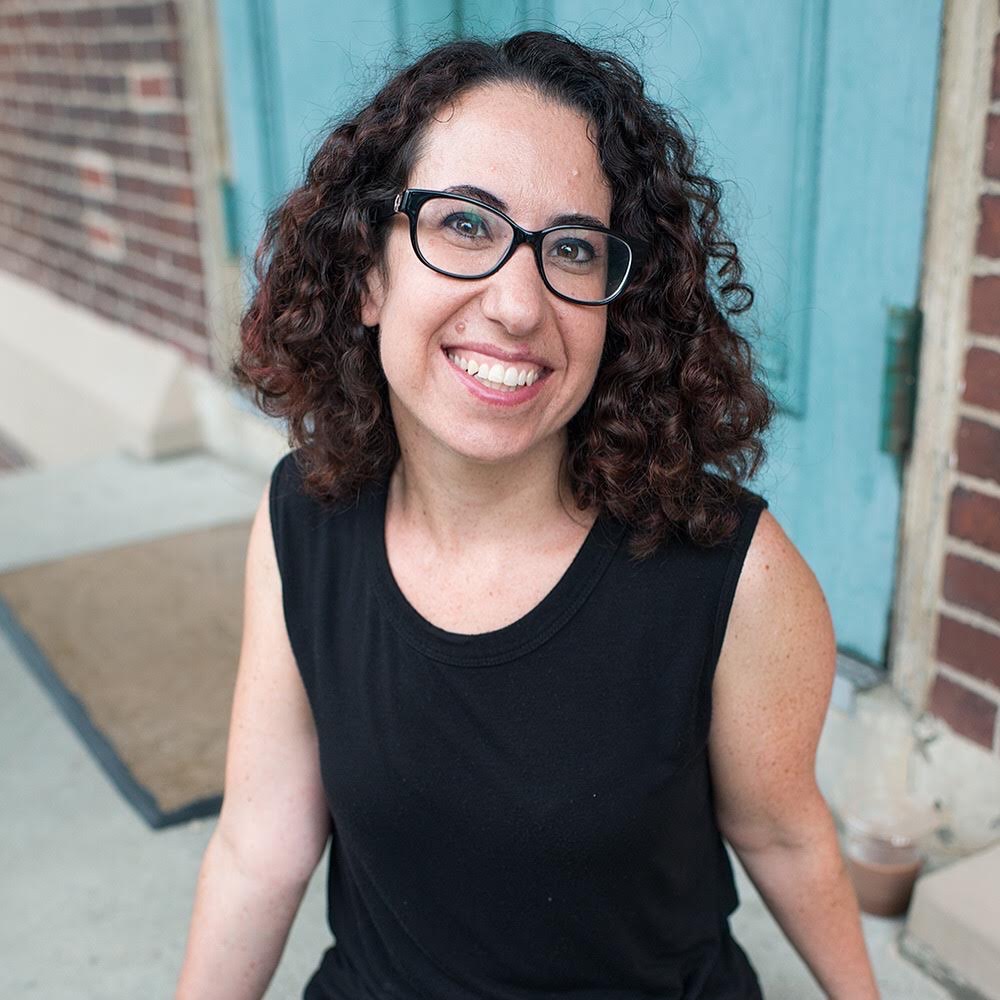 Rachel Klein is a writer living in Brookline, MA. Her personal and humor essays have appeared online in The New Yorker, Slate, McSweeney’s, Catapult, Electric Literature and more, and in print in Bitch Magazine and the recent McSweeney’s Internet Tendency book “Keeping Scrolling Till You Feel Something.” You can follow her on Twitter @racheleklein.