On r/DrawMeNSFW, Reddit Picassos Turn Your Nudes Into Personalized Art

The great challenge of the Age of Nudes — besides keeping your smutty selfies out of the wrong hands — is constant reinvention. The same has been true of carnal relations for a very long time, and while humans have proven their genius with each permutation of sexual behavior, our styles of visual sexting remain fairly limited. A mirror shot here, a Snapchat filter there, but essentially just a parade of our favorite body parts (ideally under decent lighting). Even an above-average nude can give you the feeling of déjà vu.

That’s why we should all be thrilled by what’s going on at r/DrawMeNSFW. Building on the premise of other subreddits where people upload their naked photos for attention and acclaim, this one has an additional erotic element. Each nude here also serves as a prompt for anyone who might like to sketch, paint, or otherwise render the image through their personal aesthetic. It’s as if the forum itself is a virtual studio, with a rotating cast of models and artists, both groups getting something in the bargain. More than 16,000 people are a part of the community, which thrives on mutual support.

“Would love to be your muse,” reads a typical post, from a woman who poses topless, face obscured by a phone. “Hi! It’s been a while… I would love to see what yall do!” wrote a user who stretched for the ceiling like a ballerina, fully undressed. The latter inspired work from a few regulars, who made their mark with varied approaches. “Hope you like my more abstract take,” said bhk2000, offering a study in striking contrast: 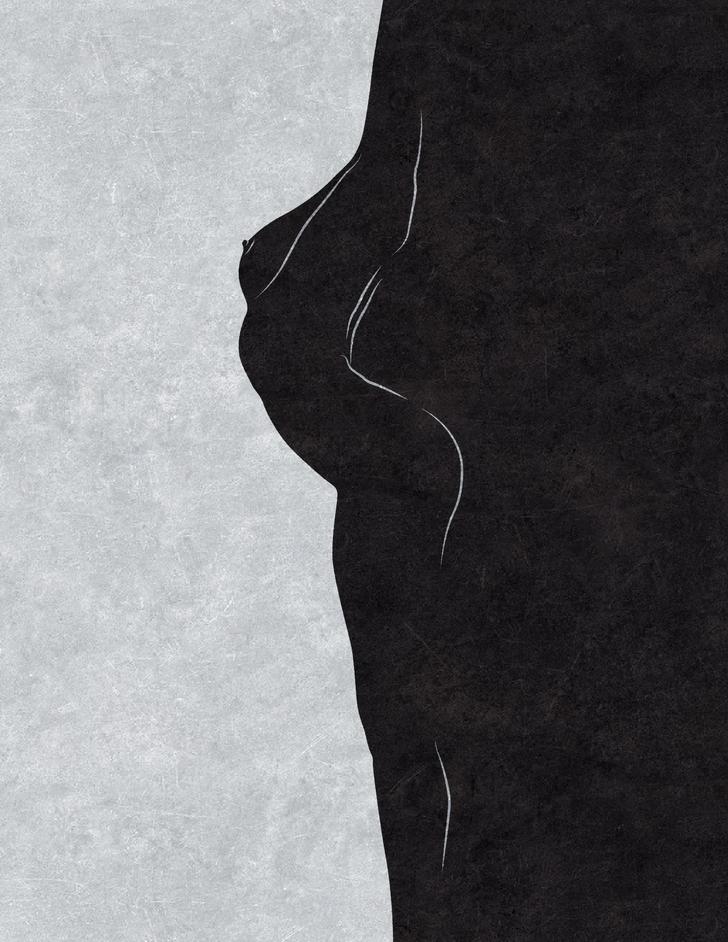 The aptly named medrawdirty commented, “couldnt decide which color so u get both.” 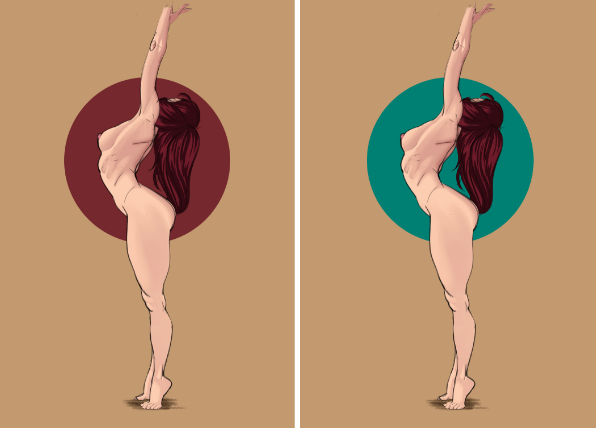 And anticafard remarked, “You are so tall,” sharing a more angular pencil composition. This one earned praise from none other than the model’s own boyfriend. 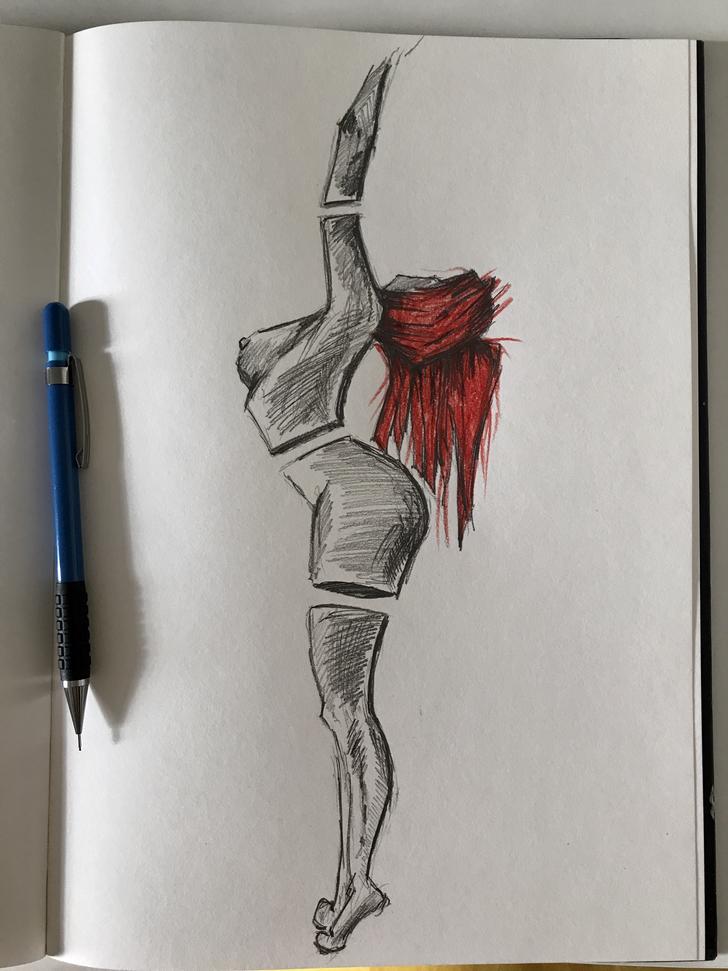 Despite the whole “NSFW” thing, the subreddit is not a particularly horny page, especially as far as internet subcultures go. It’s old-school in the sense of being a space for study, practice and appreciation of the human form apart from its function. In a thread for specific requests, artists asked to see more hands and collarbones. “Fabric!” said Nyltiak23. “Loose tshirt pulled tight in a certain area, cloth draped across some part of you, a towel across your lap all give definition.” Still, it’s not as if nobody is getting turned on by these exercises. “I’m a lesbian, I love boobs,” Nyltiak23 confided. And it looks as if men who want to be drawn like Kate Winslet in Titanic must look elsewhere: While a range of women’s bodies are represented, cock shots go largely unanswered.

Regardless, the collaboration and camaraderie, not only between artists and their favorite models, but among the artists themselves, is heartwarmingly wholesome. With its emphasis on gratitude — posters are reminded to “take the time to thank the artists that have drawn for you,” while commenters are advised, “Let’s keep the lewd comments out” — r/DrawMeNSFW could well be the most anti-toxic place to see nudity online.

And ultimately, the real pleasure here — for a lay observer, anyway — may be in seeing the participants hone their craft. There’s zluv, an artist with an interest in feet who is currently developing an ink style. When someone asked for a “cartooney” version of their wife, several people were happy to abandon realism for more colorful creations. A user with the handle Biiitchan, who has contributed to a number of NSFW subreddits, including r/adorableporn and r/showergirls, showed up with a photo of herself holding a vintage camera. “Could this pic work for a good drawing?” she asked. It became a painting by PM_NUDES_FOR_SKETCH, who also shared a GIF of their layering process.

In other words, it’s an ideal environment for anyone aspiring to portraiture — or to see a different side of themselves. And your average nude is no match for the best results. 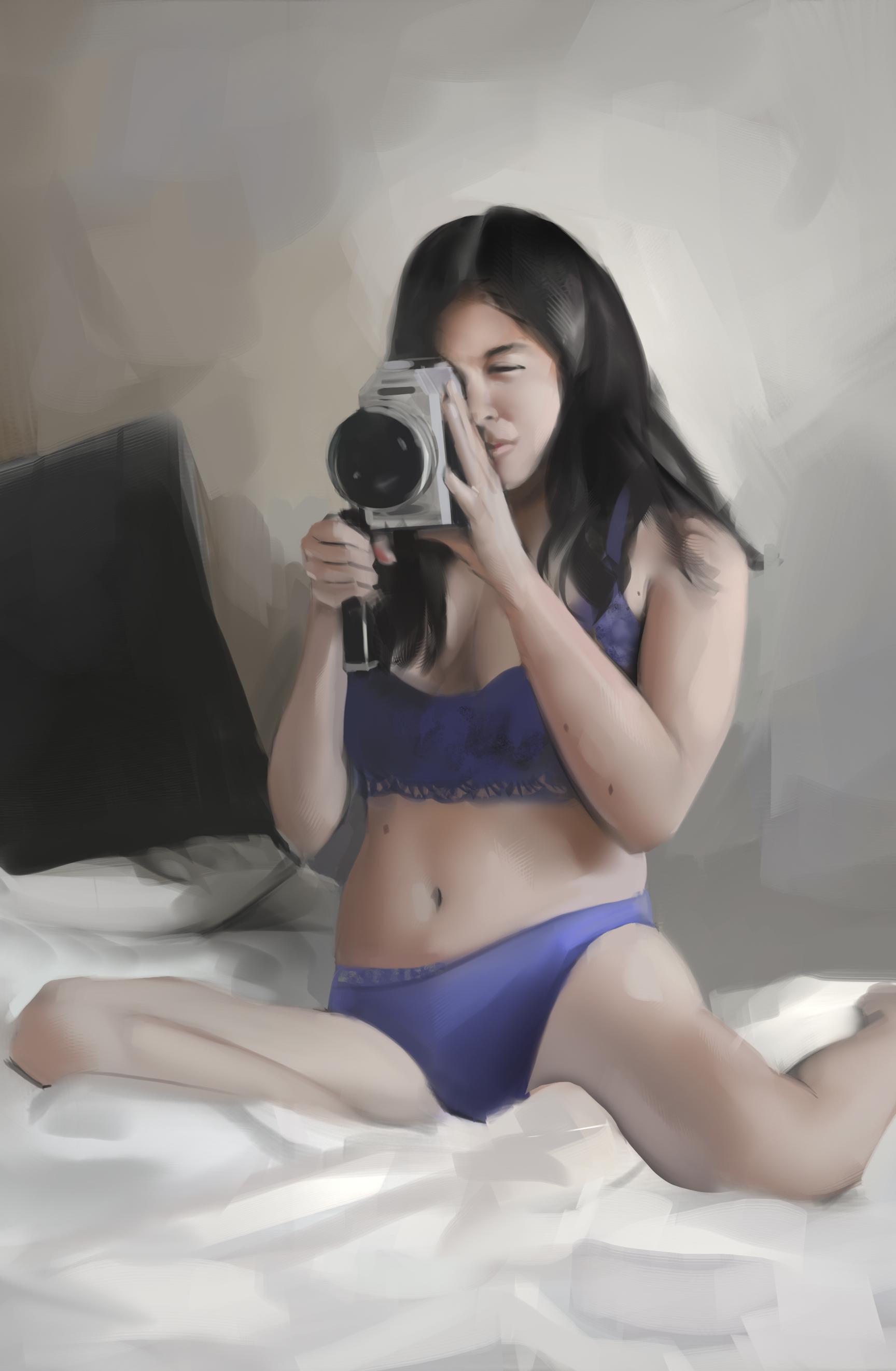