Long Before QAnon, Britain Had Its Very Own — Very Different — ‘Pizzagate’

16 years ago, two high-profile soccer teams saw their heated rivalry explode. Unlike the modern Pizzagate, however, there was actual pizza involved

The beauty of language often lies in its fluidity, especially when discussing cross-Atlantic cultural reference points. The old saying about the U.S. and U.K. being two countries separated by a common language has never rung truer than with these cultural curios: While the initials AOC have long been shorthand for Alexandria Ocasio-Cortez on one side of the ocean, those to the east of the Atlantic have been forced to train their mind to no longer read it as a reference to England soccer player Alex Oxlade-Chamberlain. Dennis the Menace will always be a comic about a young boy who constantly gets into trouble in the U.S., and an entirely unrelated comic about a completely different young boy who constantly gets into trouble in the U.K. (for what it’s worth, the British version debuted a decade earlier). And the term “Pizzagate,” whose meaning now is unmistakable, once meant something very different in the British media.

The -gate suffix serves the same purpose in both instances — that cultural pattern was never lost in translation — but in the U.K., or at least in England, it has long referred to the fallout from a heated soccer match between Manchester United and Arsenal, and the infamous throwing of a slice of pizza.

Back in October 2004, when the incident occurred, Manchester United and Arsenal were the dominant teams in the Premier League, each winning two of the previous four championships under the guidance of iconic managers (Sir Alex Ferguson at United and Arsène Wenger at Arsenal). When they faced off in October of that year, though, there was far more on the line.

Not only had Arsenal won the title in the 2003-2004 season, but they had done so without losing any of their 38 games. To put that into context, they were the first team to achieve this feat in more than a century. However, this wouldn’t have been possible had Manchester United striker Ruud van Nistelrooy not missed a potential game-winning penalty kick against them the year before, sparking a brawl between the two teams that ensured bad blood remained. A chance for revenge was on the table when Arsenal returned to United’s Old Trafford stadium.

“We always knew the next game at Old Trafford the season after was going to be a battle,” Wes Brown recalls. Brown, an England international defender who played more than 300 career games for United, was on the bench for the October 2004 meeting, which carried an extra element of tension: If Arsenal were able to win or tie the game, they would extend their unbeaten run to a huge 50 Premier League games.

“It was a great achievement anyway [going a season unbeaten] but to play us on the 50th game was something where it was in our control to stop it,” Brown adds. “I’d be lying if I said we weren’t really bothered. It’s just that it landed on us [the 50th game], and we didn’t want it to happen at Old Trafford. There was a bit of tension from the year before, with what happened to Ruud, and it was a game we were determined to win.”

“Everyone knows they had a great season,” he continues. “But we went into that game knowing we wanted to beat them, we wanted to stop that run, and even though they had a brilliant team, we just didn’t want them to do it on our home pitch. And it got intense.”

The tension was felt strongly away from the pitch as well, with nearly 70,000 fans packing into the stadium that Sunday afternoon. One of those fans was Tim Stillman, now an Arsenal writer and podcaster, who remembers how — as soon as the fixture list for the 2004-2005 season was announced in June — his fellow supporters did the quick math and figured out the United game could represent the chance to make it 50 unbeaten.

All of which is to say, when the game started, things were at a breaking point — and the controversy around the opening goal, a disputed penalty, won by United and England forward Wayne Rooney, tipped it over the edge.

That was the first of two unanswered goals for the home team, and it gained a little gravity by virtue of being scored by van Nistelrooy. Rooney scored the second goal in the final minute, ensuring Arsenal’s unbeaten run ended at 49 and that, vitally, United had been the ones to end it. “It undoubtedly had greater significance from being at Old Trafford, and it had significance for United, too,” Stillman writes over email. “You could see it in the way they played and how they celebrated the victory, which I say non-judgmentally — we would have celebrated it vociferously too had the roles been reversed. The penalty incident was at the other end of the stadium to the away end so I didn’t see the dive — most of us didn’t. But by the time we got the train home, most of us had been told about it, and yes, it absolutely made the defeat worse.”

It was while many of those Arsenal fans were making their way back to the station to get the train back to London that we would be treated to the incident that defined the day. The penalty decision will always sting for Arsenal fans, while their United counterparts will take pride in having been the ones who stopped their rivals unbeaten streak, but Pizzagate — as it became known — had enough tabloid drama to appeal to supporters of other teams and, indeed, those with only a passing interest in soccer.

“I was back in the changing room. I was a sub so I pretty much got in straight away,” Brown recalls. “I think the manager heard that Wenger was shouting at a few of our players, I couldn’t tell you which ones, so the manager was stood at the door. Him and Arsène, they had a little… conversation. The next thing I remember is a pizza just hitting the manager, like on his neck and his top. He came back in and the players that were in the changing room just ran out straight away to try and confront who did it. Obviously regardless of what happens on the pitch, that’s out of order.”

For a long time afterward, the identity of the perpetrator remained unconfirmed. There was speculation, certainly, with Arsenal’s teenage midfielder Cesc Fàbregas suspected to have been involved. However, it wasn’t until 2017 — more than a decade after the incident — that this was publicly confirmed by the player.

The unanswered questions only served to add to the myth of it all, even among those now working in the media, in a way which might not have been possible had we been given all the answers right away. “There was also the intrigue around it,” says Conor Pope, online editor of soccer magazine FourFourTwo. “Not only who threw the pizza, but the ongoing unsolved mystery of why there was pizza in the Old Trafford tunnel in the first place? I’m sure I’ve heard Arsenal fans on phone-ins claim it may have been planted by United to trigger the whole thing — a false-flag operation — but I’ve probably made that up.”

“This one sticks in the head because it’s so ridiculous,” Pope continues. “After all that fury on the pitch, the idea that it didn’t spill out into violence but into some Bugsy Malone-esque food fight instead is brilliant comedy. Presumably that’s why we love giving football stuff the ‘-gate’ suffix. It’s funny. We’re treating this thing that isn’t very important with grave seriousness, and when we call something ‘Spygate’ or whatever, it’s a little nod to ourselves that we’re being a bit daft.”

It’s curious how the mystery around the game, and the competing theories backed up by varying degrees of ‘evidence,’ almost lent the original Pizzagate the qualities of a conspiracy theory — albeit one whose spread, in an era pre-dating social media as we know it today, was far slower. While Brown says that for he and his teammates, the focus remained on what happened on the pitch rather than off it, the nature of the news cycle in 2004 ensured a drip-feed of new information followed over the course of the days and weeks — and when it came to Fàbregas’ involvement, years — to come.

“The idea that we had to wait over 10 years for confirmation that Fabregas threw the first slice seems a bit mad, really,” Pope says. “I imagine we’d have a somber iPhone notes app apology on Twitter by Tuesday morning if it happened this weekend.”

On top of this, we had the ticking clock counting down to the return match at Arsenal’s Highbury Stadium in 2005, a game that some treated with just as much anticipation and anxiety as those Arsenal fans awaiting the meeting at Old Trafford. However, as so often happens with two dominant teams, they ended up facing off four times that season — twice in the league and twice in cup games, with Arsenal getting a small amount of revenge by beating United in the 2005 FA Cup final.

The number of games, and the intensity that accompanied each one, might have been enough for a losing team to move past one defeat and turn its attention to the next meeting. The fans, however, haven’t been able to do the same. “It definitely lingered, and trust me, every time a decision goes against Arsenal, you will see the video come out cataloguing all of the grievances from that [October 2004] fixture,” Stillman says. “It would have been more intense with social media, but that permanence would remain. [Soccer] fans are like that, we remember when we’ve been wronged. It happened 16 years ago, but most Arsenal fans will talk about it like it’s much more recent than that.”

It’s thanks to this longevity that in 2016, when the Pizzagate theory that we all know now came to the fore in the U.S., anyone involved in the English soccer landscape will have instantly been transported back to 2004. However, any battle to reclaim the title was never likely to succeed. “It always seemed an odd choice of name for them, given the crux of the whole theory is based on the absence of pizza — there not being any pizza is the entire point,” Pope says. “I immediately made the connection with the 2004 game, but sadly the U.S. one probably has precedent now.” 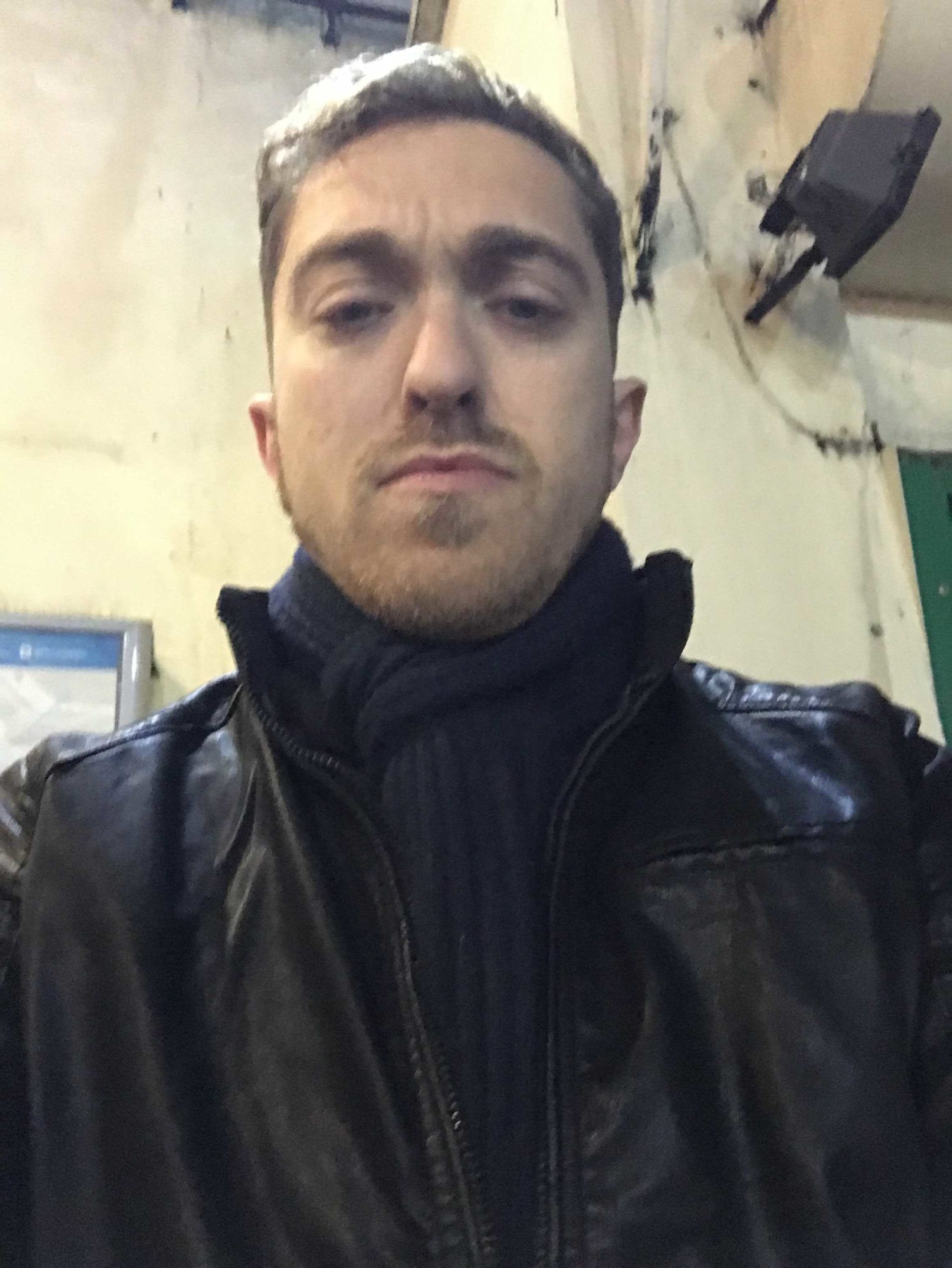 Tom Victor is a feature writer and editor from London. He writes about sports and pop culture for the BBC, VICE, Planet Football and more.