Nothing Could Stop ‘American Dirt’ From Succeeding

When the publishing industry anoints a bestseller, no criticism or backlash can upend the system — no matter how problematic the book might be

American Dirt is #1 on the New York Times bestseller list, and it was never going to be anything less.

Which isn’t to say the failings of Jeanine Cummins’ new book aren’t numerous or well-documented. The novel, which centers on a Mexican mother and son fleeing to the border to outrun a mustache-twirling cartel kingpin, traffics freely in harmful stereotypes, faux social justice and just plain bad writing. Cummins is not Mexican, but leans heavily on pre-existing work by Mexican and Chicanx authors. Advance copies cite Cummins’ formerly undocumented husband by way of qualification, but neglect to mention that he’s Irish. Not to mention, the truly unfortunate centerpieces during an event for the book.

Any one of these offenses might have been enough to snuff out a smaller book. But for a behemoth like American Dirt, outrage is just more fuel for the fire.

The massive institutional support behind the book essentially guarantees it. From the moment the novel sold for a much-touted seven figures in a nine-way auction, the hit-making machinery was set into motion. A large advance by itself won’t ensure a blockbuster, but it often catalyzes the kind of relentless promotional campaign that can secure accolades from publishing juggernauts like Stephen King and Don Winslow, a movie deal with Clint Eastwood’s production company and nonstop coverage in virtually every major outlet.

Even when that high-profile coverage is negative, it proves that for a book of American Dirt’s profile, there’s no such thing as bad press. Parul Sehgal’s unequivocal pan of the novel and its “mauling of the English language” is just one of nearly a dozen separate hits in the paper of record, but it certainly didn’t prevent Cummins from landing the holy grail of book endorsements, an Oprah’s Book Club pick, shortly thereafter.

It can be tempting to view bona fides like the Oprah pick as merely tone-deaf responses to the ongoing criticism, but the truth is, there’s hardly a conversation. In a media landscape where it’s increasingly difficult to launch a break-out book (particularly fiction), publishers have to place nearly all their bets on only a handful of lead titles, and the milestones that can give a book a shot at #1 bestseller status are often negotiated well before consumers read a single word of it. This all-eggs-in-one-basket approach anoints books like American Dirt as effectively too big to fail. I mean, even the American Dirt tour cancellation announced Wednesday by Cummins’ publisher, Flatiron Books (a division of Macmillan), did little to prevent the book from sailing handily into the #1 bestseller slot that same evening. If anything, the controversy has only increased the book’s visibility as the backlash to the backlash foments, and readers are encouraged to buy a copy specifically because it’s at “the center of the discourse.”

Cummins and her defenders have stressed that the blame lies with the industry that paid her to publish this story, and to some degree they’re correct. The industry remains as white as ever, with fewer than 6 percent Latinx employees, and in a business obsessed with replicating past successes, less than a percentile of the 500 most-emulated titles are Latinx-authored. It takes enormous coordination to publish a book as visibly as American Dirt, and more often than not, the common denominator among the many gatekeepers along the way is whiteness. When Flatiron Books says “when discussing American Dirt, we ultimately go back to the novel’s intention, and how it affects us as readers,” it’s clear who is and isn’t a part of that “us.”

But when Cummins stresses the difference between publishers and writers, she doesn’t mention that she’s a product of that self-same industry that, when it comes to making a bestseller, largely fails to envision or market to non-white readers. Cummins spent 10 years on the sales force of the company that published her first three books, and seems to share the industry’s conception of a platonic white, middle-class reader. “I always want to make sure my reader has an easy entrance into the story,” she told Publisher’s Weekly when describing her decision to make Lydia, the protagonist of the novel, conspicuously middle-class and educated. “[Lydia] comes from a life more familiar to us.”

One has to imagine her “us” as the same as Flatiron’s. The ideal reader for American Dirt was never going to be the brown, low-income immigrants of which it makes plot fodder. In her author’s note at the end of the novel, Cummins cites her desire to be a “bridge” as the impetus for writing a book outside her own experience, but if so, the bridge never extends very far.

And so, American Dirt doesn’t fail at being a complex narrative about the border crisis. That wasn’t its true objective anyway. Instead, it’s succeeded at being exactly the sort of highly commercial, oversimplified immigrant story that white readers will keep in business for years to come — a perfect proof point that the publishing industry works exactly as intended. 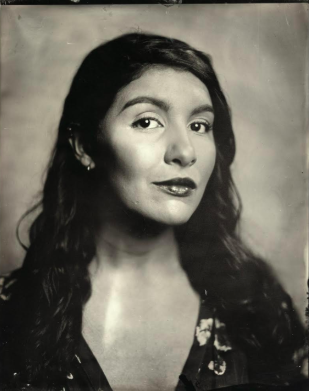 Angeline Rodriguez is an editor and writer based in New York City. She writes about books, nerds, pop culture, and the mortifying ordeal of being known.