Where Do ‘Glee’ Fans Go From Here?

The show was a safe haven for queer and marginalized kids. Now, after the sudden deaths of two beloved stars, the former reprieve offers nothing but trauma

Diana Malave, 23, had just moved from New Jersey to Savannah, Georgia, in 2009 when she found Glee. But her strict Colombian and Puerto Rican immigrant parents banned her from watching a show featuring multiple gay characters. So Malave would sneak-watch the show when her parents weren’t home or rented DVDs if she had to. After each episode, she’d fall into Tumblr fan-page rabbit holes. She was the new kid in town looking for friendship and identity among the outspoken Gleeks.

Santana (Naya Rivera), the caustic bisexual Latinx cheerleader with a penchant for one-liners and a low ponytail, enraptured her. “I didn’t see myself represented anywhere else except for maids, illegal immigrants, drug dealers or novellas like that were already on the Spanish channel but never on mainstream American TV,” Malave says. “I saw myself in Santana.”

Then, suddenly, her Glee bubble burst. A few months after the Season Four finale, actor Cory Monteith died of a drug overdose on July 13, 2013. In the series, he starred as Finn Hudson, the All-American jock who falls in love with the glee club. Glee memorialized Monteith three months later in the episode “The Quarterback.” By then, Malave was no longer a Gleek in hiding. She’d successfully hooked her mother and sister on the show. Cuddling in Mom’s bed, the Malave women watched as Glee said goodbye to its leading man.

At 15, Malave wasn’t ready to say farewell. She could no longer tune in. “I never watched an episode after that,” she tells me. “I couldn’t believe it. I have no idea how the show ends.”

Glee went on to finish out its fifth season and end after six. In total, the show aired 121 episodes about the misfits of a podunk high school yearning for identity and excitement. It produced Billboard Hot 100 chart-toppers, received 19 Emmy Award nominations and resulted in a concert film.

More than anything, Glee allowed a generation of queer and POC kids to see themselves at a time when Modern Family was still considered modern, gay marriage was illegal and Dan Savage had not yet launched his It Gets Better initiative following a series of teenagers committing suicide after anti-gay bullying. I still get chills thinking about Blaine Anderson (Darren Criss) singing Katy Perry’s “Teenage Dream” to Kurt Hummel (Chris Colfer) while two-stepping in a prep school navy blue jacket with red trimming. I didn’t know boys were allowed to look at each other that way.

Since Glee went off the air in 2015, its shining legacy has dimmed. In addition to accusations of racism on set and physical abuse among cast members, three stars of the series have died unexpectedly within seven years. Four years after Monteith passed, Mark Salling — the show’s bad boy Noah “Puck” Puckerman — died by suicide while awaiting sentencing after pleading guilty for possession of child pornography.

On Monday, Rivera was declared dead after going missing while boating with her 4-year-old son, Josey. She may have drowned while saving her son, the Ventura County sheriff said.

For many Glee fans, the show was our first introduction to a world in which we could see versions of ourselves and find direction as we struggled with our identity. It was a bright, colorful cultural force for helping marginalized kids find a community. Now, though, what was once a reprieve from trauma has turned into a six-season trigger warning.

“It feels like a part of me is literally broken. Some people think that’s dramatic, but Glee is a huge pivotal part of my life,” Nadia, a 20-year-old from Long Island, New York, tells me.

Nadia, who has not come out as a lesbian to her devout Pentecostal parents from Bulgaria, religiously watched every episode the day after it aired. She’d download them to her iPod, using secret iTunes gift cards so the weekly $2.99 purchases wouldn’t go on her parents’ credit card.

In March, shortly after New York implemented its stay-at-home orders, Nadia rewatched the show for the first time in years. A decade later, Glee was once again her needed reprieve from the familiar feeling of overwhelming uncertainty about her future.

After she heard Rivera had gone missing last week, Nadia stopped her rewatch. “My mental health right now, it’s really taking a toll,” she says. “It brought back so many memories from a time in life when I was so scared of anything coming out about me — which I still am.”

Glee fans are experiencing a phenomenon called compounded grief. According to Lauren Schneider, clinical director of child and adolescent programs at Our House Grief Support Center in Los Angeles, compounded grief is the culmination of multiple traumatic experiences reaching totality around one incident. “Each time one of these cast members dies, you experience all the emotions you had when the previous cast member died,” Schneider tells me.

Some fans and tabloids have labeled the onslaught of sadness a Glee curse, while other Gleeks chastised this theory as offensive and hurtful.

Schneider says it’s common for the grieving to search for meaning by connecting tragedies that may have nothing in common. This phenomenon is called magical thinking, a trait most adults grow out of after adolescence. “We revert to the more illogical and magical types of thinking that our brain used before we moved into the high kinds of cognitive processing of information,” she says.

Grieving for a celebrity we never knew personally, however, is logical thinking and not something to be ashamed of. “Celebrities help us know ourselves and connect us to a time in our lives,” David Kessler, grief expert and founder of Grief.com, tells me.

Among online Gleeks, Salling’s death by suicide is largely excluded from joint memorials to Monteith and Rivera. He does not appear in the Glee subreddit’s new remembrance banner photo, and Lea Michele did not include him in her tribute photos on her Instagram story.

“I didn’t like Puck’s character on the show anyway, so it was easier for me to separate him from the show if that makes sense,” fan Jaycee Mayer, 22, tells me. “But [the deaths of] Naya and Cory really hurt because I spent hours online watching behind-the-scenes videos of them.”

Mayer, who identifies as bisexual, once ran a Santana Tumblr page and carried around official Glee school supplies. The show was the first time she saw an out gay person. Now, though, her memory of Glee has darkened. “It’s just really upsetting this show that meant so much to so many people has such a tragic story now,” she says.

For over a week since Rivera’s disappearance, Glee stans have realigned online after years apart — although many never left. While Tumblr is no longer the hub it once was, former tween Gleeks turned full-fledged adults are on Twitter, Instagram and TikTok reminiscing about their favorite musical numbers and episodes.

Many queer women and Latinx fans thanked Rivera for showcasing a Latinx character coming out to their family.

Initially, Santana’s abuela rejected her before later apologizing and attending her wedding to Brittany Pierce (Heather Morris). “Because I could relate to her, it made me be comfortable in myself,” Araceli, a 23-year-old fan from Peru, tells me.

Kessler calls this post-traumatic growth. Instead of focusing on post-traumatic stress, rewatching the show with the lens of honoring the characters and commiserating with fellow fans is an opportunity to process grief collectively. “Do not minimize your own grief,” he says. “Grief is about love and connection. [Fans] had a loving connection.”

For Gabriela Mendez, 24, she’s giving herself time to wade back into the Glee fanbase. As a kid in Panama City, she couldn’t wait for the dubbed version to drop a week later. So she watched bootleg cuts of Glee on “fishy” websites and wrote fan mail to Monteith. She too stopped watching after he died. “I loved it, and I don’t want to taint that memory with IRL tragedy,” she tells me.

So, in the meantime, she’s also commiserating online. And perhaps that’s enough for now. 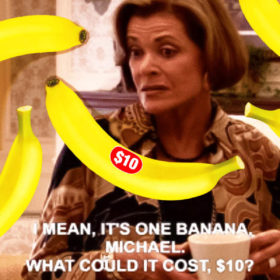 The Inside Story of the $10 Banana on ‘Arrested Development’ 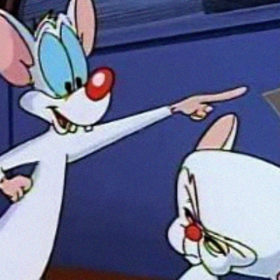 Is Pinky the Real Genius of ‘Pinky and The Brain’? Their Creator Weighs In