November 7, 2019, was a weird day in Kentucky politics (which is really saying something, since the Bluegrass State’s political scene has included former Governor Matt Bevin wearing a suit printed with Donald Trump’s face): The Kentucky Republican Party filed a complaint to the Federal Election Commission about Matt Jones, founder of Kentucky Sports Radio, the most popular program in the state, and a Democrat considering a Senate run. Consequently, Jones took a temporary leave of absence, fans were furious and #FreeMattJones trended on Twitter.

Now, though, he’s out to change how people think about Kentucky, rural voters, and of course, America’s favorite subject of turtle memes, Mitch McConnell.

On that last point, Jones is the author, along with Chris Tomlin, of the forthcoming Mitch, Please! How Mitch McConnell Sold Out Kentucky (and America, Too), out Tuesday. He traveled to all 120 of Kentucky’s counties to call out McConnell, and he’s uniquely positioned to do so: A born-and-raised Kentuckian and attorney-turned-radio-host, Jones has a knack for making it obvious how out-of-touch McConnell is with the state.

But while the book definitely delves into McConnell’s toxicity, Jones also has a call to action for the Democratic Party that he believes has largely ditched poor, rural voters. “Name me a national Democrat who has a country accent,” he tells me. Jones says he’ll vote for whoever the Democratic nominee is in the Kentucky Senate race, but he rejects the idea that Chuck Schumer knows the best candidate for the state, something he discusses in the book (he wonders aloud if Schumer has actually ever been to Kentucky).

The day Jones and I talk, I’d just gotten off the phone with someone in politics who called Kentucky, also my home state, “bumfuck nowhere.” Politically, then, it seems like a crucial time to speak to someone positioned to highlight Kentucky without sneers about wearing no shoes and Kentucky Fried Chicken. Plus, as Jones points out, the book is meant to be funny. In other words, it’s more than a laundry list of reasons to loathe McConnell; it’s a poignant, entertaining look at a state that’s been left behind, and a Kentuckian determined to make sure that’s no longer the case.

Jones has already created a media empire where Kentuckians feel heard. But now, he’s talking about why rural folks feel forgotten, how McConnell has impacted Kentucky and why he doesn’t think we should stick to sports.

Lord knows McConnell offers enough material on selling out America. Talk to me about the process of reporting the book.
We went to 120 counties over the course of about 10 weeks. We did all the travel, all the reporting and all the writing in about three and a half months, which is insane. Most of the book is about McConnell, but it’s also about how throughout America, people are forgotten by their politicians. My point was to show that Kentucky has arguably the second most powerful person in America representing them, and yet, all of their needs or desires are forgotten because he doesn’t represent it. I wanted to show how disenchanted, even in a Republican state with a powerful senator, people are with their politicians because he does very little for them. We go through areas of economies that have been forgotten — from the coal economy to the tobacco economy, to farmers to manufacturing. Basically, the ways Kentuckians made money for generations has slowly dissipated, and Mitch McConnell has done nothing about it.

One of the things that jumped out at me was the idea that it’s actually the people who have the power in this sort of McConnell versus Kentucky power struggle. I mean, how much untapped potential is sitting in Kentucky?
The people of Kentucky are the best. They work hard, and they’re good people. But they’ve been exploited for generations. Kentuckians have been as exploited as any geographical location in the country, because their natural resources have been plundered and then taken out of the area, ranging from coal to farming, etc.

It’s a multifaceted failure. One is on Mitch McConnell and people who represent these areas but care little about them. Two is on media that’s created partisanship over everything and a team mentality where once somebody is on a team, it doesn’t matter what they do, they’re on your team — and so, they can do whatever they want. Third is a failure of Democrats to recognize that a big swath of the country has nobody representing them. Poor, rural people are the least represented economically in the country. But the Democrats don’t care, and the Republicans don’t care.

How does your sports background factor into all of this?
I didn’t get into sports to write a political book. It just sort of happened. What people who don’t live in the South or rural areas don’t realize is that the reason sports matter here is because they’re a way to fight on equal ground versus people who otherwise look down upon them in culture. It’s not a coincidence then that the best football teams are in the SEC. I know in Kentucky basketball has always been the one thing we do better than everybody else. So it matters more here because we’re good at it. It’s natural for people to want to feel a sense of pride in their community and in their state.

For people who don’t follow Kentucky politics closely, I’m not sure they realize how much went down in the fall when you were considering a Senate run.
Even [another Democratic challenger to McConnell, Amy McGrath] got me taken off the air [from a TV show he launched on the NBC affiliate WLEX]. The selfishness of the McGrath campaign to say, “Okay, even though there’s this very prominent progressive voice on television, let’s get him off the air during a governor’s race because we don’t like that he criticized our candidate once.” That’s a perfect example of the cluelessness of the Democratic Party.

Then after that, Mitch McConnell’s Kentucky Republican Party filed an FEC complaint saying that me being on the radio while I was thinking about running was an illegal campaign contribution, which is ridiculous. Mitch McConnell, who won’t even confirm members to the Federal Election Commission so that you could stop election tampering! Yet, he still used it to try to get me off the air, which shows his complete hypocrisy.

That’s symbolic of the fact that no matter which side of the political spectrum you’re talking about, the one thing they want is to have power consolidated at the top. In the Republican Party, that power is Mitch McConnell. In the Democratic Party, it’s with Washington Democrats who decided that Amy McGrath was the candidate, and they’d be damned if anybody else who could potentially challenge her was going to run.

On an Instagram Q&A, you mentioned that the book covers a two-hour meeting with Chuck Schumer.
That was a very telling meeting. I don’t think people realize how candidates for major office are picked in this country. I detail that in the book because I’ve been on both sides. I was handpicked by the national folks to maybe run for Congress, and somebody else was handpicked to run for Senate. And in the book, I show both sides. Ninety-seven percent of our senators and representatives are picked by a handful of people in Washington. And that’s a shame.

What’s one thing that you hope readers, whether they’re in Kentucky or not, take away from the book?
I hope Kentuckians recognize the daily harm that Mitch McConnell does to them. I hope they see that things that are negative in their lives, he either had a hand in causing or has no interest in fixing. Nationally, I hope people see a) the problems of McConnell; but b) how we go about winning folks over again and re-evaluating our connection to Rural America. Because the reality is, we’re going to have a hard time getting elected president and we’re never going to get the Senate back unless we find a way to relate to Rural America. So unless you find a way to deal with them, we will be permanently with Mitch McConnell and whatever other Republican leader comes after him.

I know stick to sports is a recurring comment on your social media. Why shouldn’t we be sticking to sports, or whatever our equivalent to sports is?
Politics isn’t supposed to be this distinct class from everything else, but we’ve made it that. That’s one of the reasons people are so tired of it. That’s one of the reasons someone like Trump has success — because for all of Trump’s zillion faults, he doesn’t act like a politician, and people hate politicians. So I don’t think people should stick to anything.

When people say stick to sports, what they’re really saying is, “Matt, I like you, but I disagree with you. And I don’t want to think about the fact I disagree with you.” That’s why I don’t take it personally. What I want to say to them, though, is, “Look, if you disagree with me about my favorite restaurant, you don’t get mad at me. So why are you getting mad at me about this?”

For a lot of people in Kentucky, I’m the one Democrat they know. I want to show them, “Hey, not everybody is the stereotype of liberals or progressives that you think they are.” 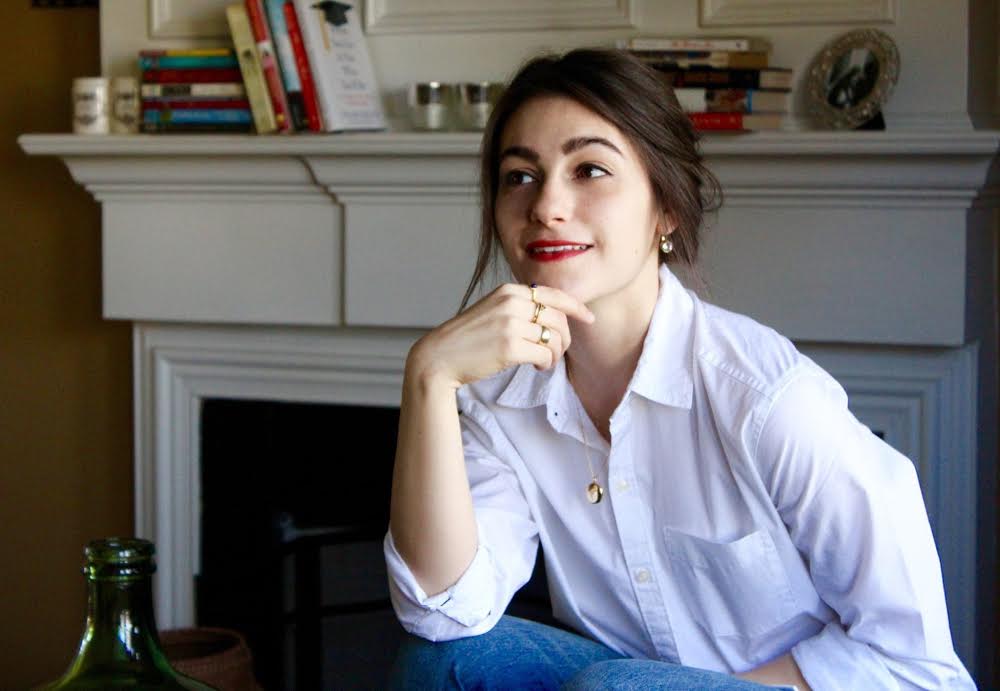 Rainesford Stauffer is a writer, Kentuckian and author of the forthcoming book, An Ordinary Age, from Harper Perennial. She's written for the New York Times Styles and Opinion sections, WSJ Magazine and The Atlantic, among others.