Did a Man With a Bottle Up His Ass Inspire the Breakup of Yugoslavia?

When geopolitics and butt stuff collided in the mid-1980s, it changed the map of Europe forever

On May 1, 1985, a Serbian farmer named Đorđe Martinović went to hospital. He was 56, living in a small village outside the Kosovan city of Gjilan, and was in considerable pain. When Martinović was examined, doctors found a broken beer bottle wedged in his rectum.

Martinović claimed he had been attacked by two Albanian men, who had forced the bottle into his anus. Martinović swiftly found himself transported to Belgrade, 280 miles away, to have his injuries inspected by a team of doctors assembled from all over Yugoslavia. His name became known throughout the country. Poems were written about him, newspapers filled with outrage at the ferocity of this anti-Serb attack. This fueled a newly-growing nationalist movement that ultimately led to the dissolution of Yugoslavia in 1991.

As compelling as the idea is, that one of the most dramatic butterfly-effect moments in modern history involves a farmer having an ambitiously unsafe wank (and it’s often repeated on platforms like Reddit for that very reason), there’s a lot more to it than that.

States within States, Bottles within Bottoms

The history of the Balkans is incredibly complicated. There are conflicts within conflicts, groups within groups, factions within factions, borders that never stop moving and long-standing resentments that refuse to die.

In 1985, the Socialist Federal Republic of Yugoslavia was a federation consisting of six socialist republics, and one of those, Serbia, also had two autonomous provinces within it — Kosovo and Vojvodina. So Kosovo, home of Martinović and his bottom, was a province of a republic within a federation.

“In the 20th century, by dint of its geography, the majority of the population of Kosovo was Albanian,” says Samuel Foster, author of Yugoslavia in the British Imagination: Peace, War and Peasants Before Tito and extraordinarily knowledgeable authority on all things Balkan. “However, ever since medieval times and the 1389 Battle of Kosovo, it was kind of the ideological locus of Serbian nationalism.”

This was a source of tension, because the 1974 Yugoslav constitution had ruled that the existence of the six republics within it was dependent on certain ethnic groups making up the majority of the population — Slovenes in Slovenia, Croats in Croatia and so on. “Kosovo was something of a grey area because of this historical legacy of direct Serbian rule but majority Albanian population,” Foster explains. “Kosovan Albanians, having never been part of Albania itself, had developed a culturally distinct identity to the Albanians of Albania. The new constitution, in granting Kosovo increased autonomy, essentially made the Kosovan Serbian minority feel like second-class citizens.”

In 1980, Josip Broz Tito, long-standing President of the Socialist Federal Republic of Yugoslavia, died. He had been in the position for 27 years, and his death left a huge gulf of leadership. Shortly afterwards, the International Monetary Fund (IMF) started requesting that some loans they had made to Yugoslavia under Tito’s rule be paid back. “This drew huge attention to the economic disparities within the country,” says Foster. “Kosovo was one of the poorest, most deprived, least developed parts of the country at the time, and reliant on state grants funded by other, wealthier parts.”

Times of economic difficulty tend to highlight resentments, emphasize divides and increase feelings of nationalism — the less money there is, the more finger-pointing and scapegoating. In this case, resentment began to grow in the rest of Serbia at the amount of money and resources being sent to Kosovo and these people who weren’t even Serbian. “Tito had been so popular in Serbia that, whenever Serbian nationalism started to grow, he was normally able to calm it down, or at least drive it underground,” says Foster. “But with him gone, and all these other factors at play, the nationalist movement started gathering steam.”

When Martinović hobbled into the hospital, someone saw an opportunity, and bribed him into changing his tale by offering to get his sons jobs with the local government. As Foster explains, the likelihood that there was any kind of grand plan is fairly slim, and the odds are that, due to these ongoing grievances, people were merely looking for excuses to settle grudges. “Most of these kinds of resentments are local, so I’d say that the people who convinced him to come up with his story were probably doing it for local reasons rather than any sort of broad political revolutionary nationalist ones. It was then potentially jumped on by local officials and Serbian nationalists at a higher level.”

Martinović probably could have done without the whole country singing songs about what happened to his back passage, but the nature of his injuries took on a life of their own. “Within nationalist intellectual circles, mainly based in Belgrade, he became something of a cause celebre,” says Foster, “all of which fed into sentiments that weren’t so much explicitly anti-Albanian but anti-Muslim.”

Nationalist campaigns often hinge upon the idea of convincing people that they’re being persecuted — e.g., having their countries taken away, having their history taken away and so on. People saw echoes in Martinović’s injuries of a hideous method of execution that had been favored by the Ottoman Turks, who had occupied Serbia and Kosovo from the 15th to the 19th century.

“The Ottomans were renowned for using impalement as a method of execution,” Foster tells me. “Vlad Tepes, better known as Vlad the Impaler and the inspiration for Dracula, had been educated in Istanbul and took the idea home with him from there. While the Ottomans never did it en masse like you sometimes see in films, they used it as a way of intimidating populations.”

Martinović became something of an emblem of oppression, conflating modern tensions with historical atrocities, functioning as an exaggerated example of what nationalists warned could end up being the fate of every Serb in Kosovo. The Albanians and Ottoman Turks had been slightly entwined historically before, but the mythology that grew around Martinović explicitly treated them as one. Anti-Albanian protests that would never have taken place under Tito became more and more common, and the divisions within the country grew larger and larger, setting the stage for the 1987 election of Slobodan Milošević and the ensuing decade of violence.

The thing is, even if Martinović hadn’t been in a randy mood that day, Yugoslavia would still have ended up breaking up in exactly the same way. It had more to do with the power vacuum left by the death of Tito, growing financial concerns caused by the IMF, ongoing resentments on both local and national levels, opportunistic figures like Milošević waiting in the shadows, and a million and one other factors. “If it wasn’t him, it would have been someone else,” says Foster.

Martinović’s bottom wasn’t the cause of anything — it was inevitable that something would be leapt upon as a symbolic call to action to galvanize the population, and it just happened to be this guy’s asshole.

The idea of the butthole that changed the world is very powerful — after all, if Martinović’s butthole could tear apart a country, perhaps any one of our buttholes could bring about world peace. It’s a shame in a way. Maybe diving deeply into this Serbian farmer’s anus has made the world a bit less magical. 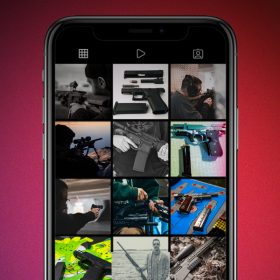