A Dignified Simp Knows the Art of Looking Respectfully

By now, even NPR knows what a thirst trap is. Sexually provocative and alluring selfies are unavoidable in the digital world. They are a reason to be online — even more so since a global pandemic put a damper on physical flirtation — but they come at a cost for the trappers and their prey alike. Once you garner attention and praise for your photos, you find yourself chasing that high. Meanwhile, your devoted audience has to calculate the best way of venting their thirst. 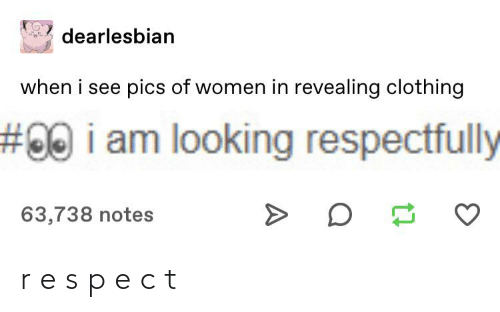 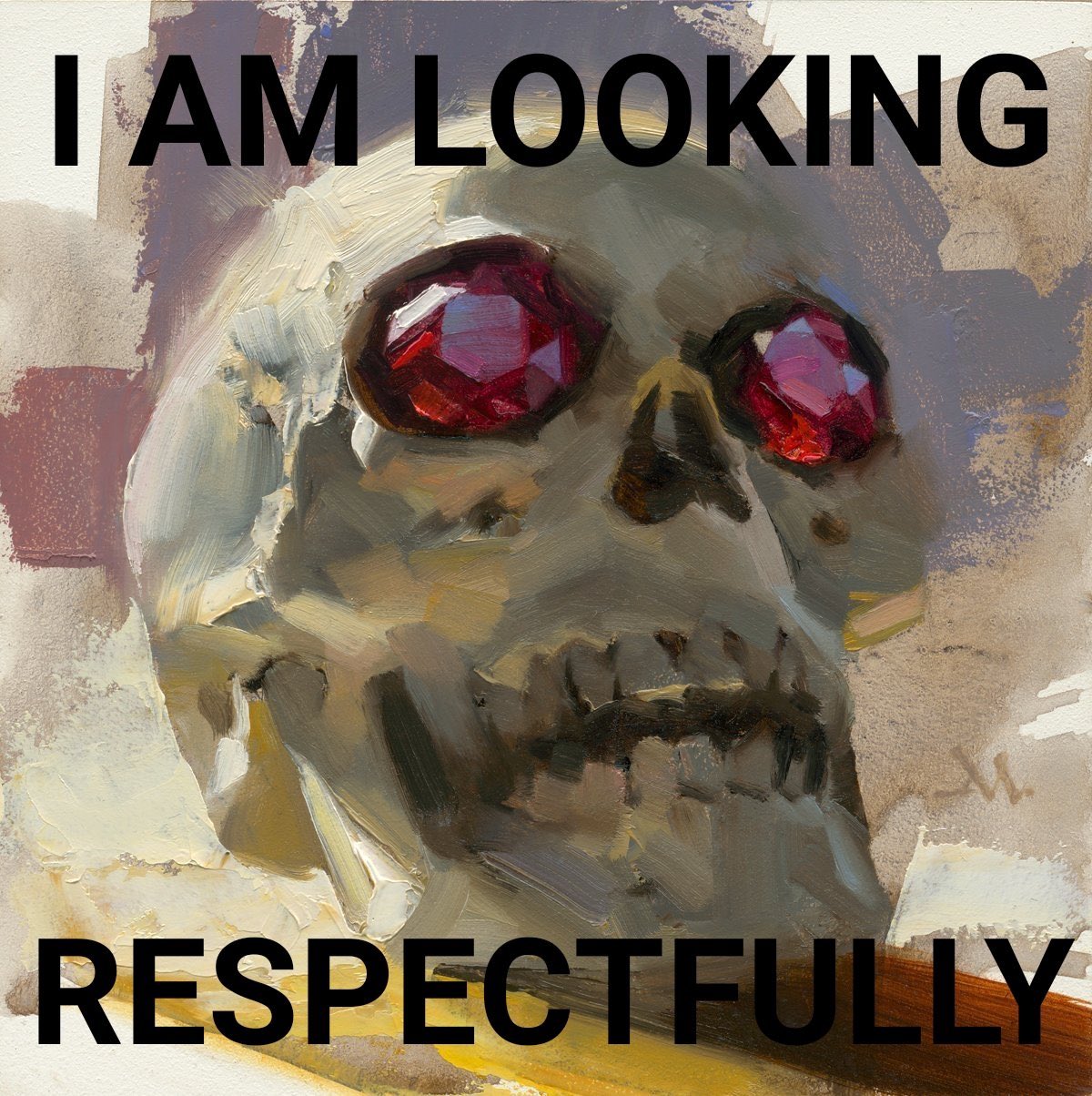 The concept of “respect” (and, by extension, doing things “respectfully”) has taken on a special meme value in recent years. It began with content that called for “respecting women” and made awkwardly forceful assertions re: how much the author did so. This was a way to satirize self-proclaimed and overeager “male feminists,” whose need to telegraph their woke gender politics can sometimes mask a secret misogyny. But these jokes were also, perhaps, not completely ironic — they parodied the white-knighting of the faux allies while staking their own values in the simplest possible terms. Eventually, the duty of respecting women became a theoretical competition. Who is the most respectful? How many women did you respect today? 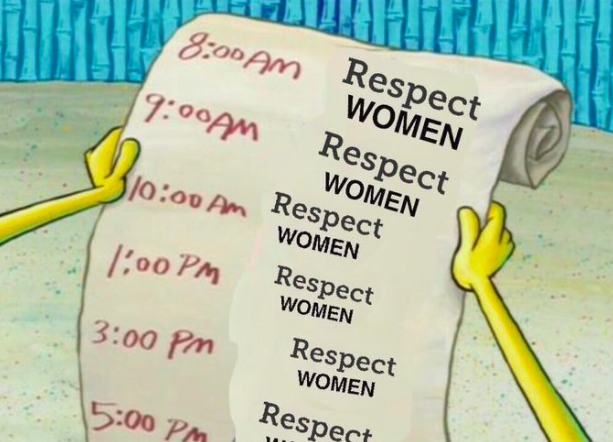 “Respect” itself has many definitions that rely on context — it’s one thing in The Sopranos, quite another when Aretha Franklin spells it out — but for internet relationships that develop a frisson of arousal, respect must begin with a resistance to objectification. Since you’re not sharing a space with your Twitter or Instagram crush, and may have never met, you are only too free to regard them as pure image and ogle them without restraint. In fact, this is a baseline reality for the ecosystem of digital thirst, which is why we have to remind ourselves to look “respectfully.” That may be no more than a convenient euphemism for feeling like the Tex Avery cartoon wolf, with eyes bugging and tongue dangling, yet it helps all the same to pretend you have manners.

The talismanic power of “respect” allows us to have our cake and eat it too. Those who make a habit of thirst traps do want the validation of seeing they are desired, that they can trigger a carnal rush in some follower thousands of miles away. A “like” on the post is good; a positive comment is even better. But because a public admission that you’re honking off to someone’s picture breaches the normal bounds of etiquette — whether it’s your favorite dude in a K-pop band or a leather-clad dominatrix served up in your algorithmic recommendations — saving face is critical. Yes, ultimately you are slavering at someone you’ve imagined between your sheets, yet “looking respectfully” confirms that you’ve not lost sight of this person’s selfhood, their life apart from the panting worship of acquaintances and strangers. They’re more than a pin-up model. And so the worrying imbalances of attraction find a hilarious, diplomatic accord.

Then again, sometimes you have to up the ante: 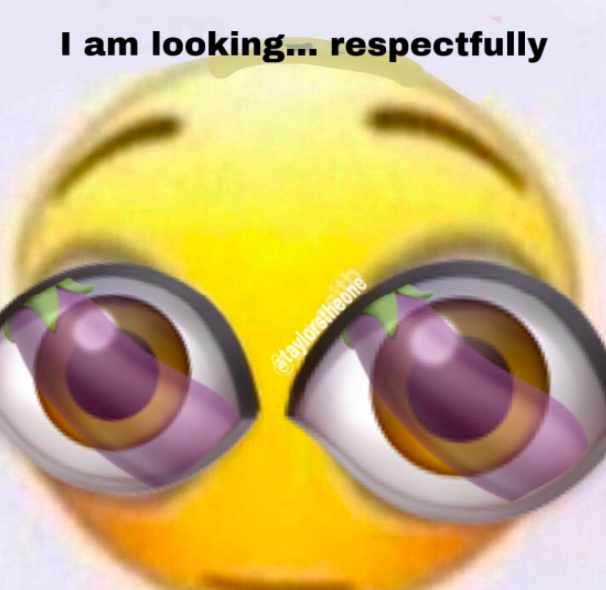 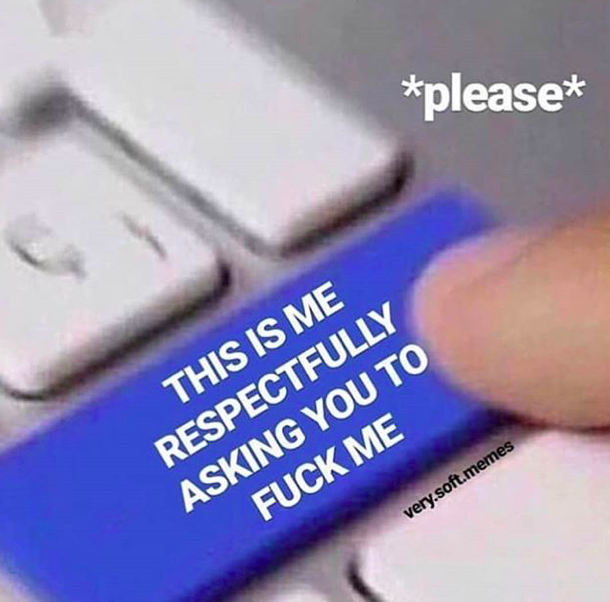 Oops. Sometimes all the respect in the world isn’t enough to contain our true emotions, particularly the emotion of “need to get laid right now.” Thank god it attains, if just for a moment, the civility and mutual esteem so lacking in the rest of our toxic, depressing culture.

I’ll see you out there on the field, and if you happen to see me first, make sure you do it respectfully. 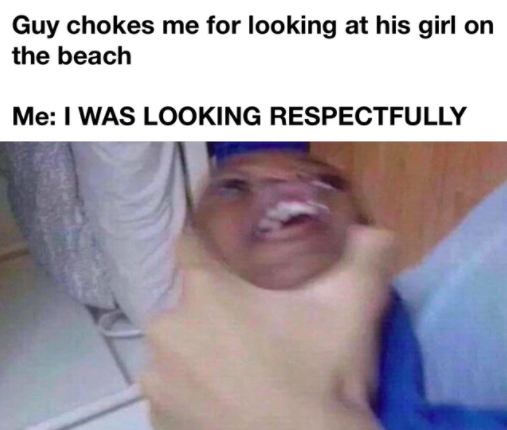