The Delicate Art of Writing a Believable Sexual Predator

Kate Elizabeth Russell, the author of the new book ‘My Dark Vanessa,’ talks about what men can take from her portrait of an abusive bond

My Dark Vanessa by Kate Elizabeth Russell was always going to be a controversial book: The novel explores the sexual relationship between a 15-year-old boarding school student and her 42-year-old English teacher.

And yet, the book has arrived with even more controversy than anticipated. Two months before its publication, an author named Wendy Ortiz all but accused Russell of plagiarizing her memoir, which covers similar themes. That prompted Russell to post a note on her website stating, “I would like to share with my readers that My Dark Vanessa, which I’ve been working on for nearly 20 years, was inspired by my own experiences as a teenager.”

Then, on the heels of the American Dirt controversy, Oprah’s Book Club decided to drop My Dark Vanessa as a selection. Finally, when the book debuted on March 10th, it coincided with the heightening coronavirus pandemic.

Despite all that drama, though, My Dark Vanessa is a complex, thoughtful and extraordinarily well-written novel. Think of it as Lolita for the #MeToo era, but if Lolita were the narrator. Russell’s portrait of sexual predator Jacob Strane illustrates how subtle, persistent manipulation overtakes his victim’s life. And Vanessa Wye’s narration alternates between 2000, when she is first groomed by Strane, and 2017, when the #MeToo movement prompts her to confront the consequences of their relationship for her life.

I recently spoke to the Wisconsin-based Russell about My Dark Vanessa. She declined to address Ortiz’s accusations, but she did candidly discuss the problem with stereotypical (and rich and powerful) sexual predators like Harvey Weinstein, the similar dissatisfaction with life both teenage girls and middle-age men experience and what she hopes male readers take from the book.

How did you settle upon the 27-year age difference between Jacob and Vanessa?
I feel like that amount of age difference is on the cusp of not “acceptable” and “unacceptable,” but maybe “understandable” versus “sort of repulsive.” Making him younger, I think, would have worked to blur the lines of “Is this wrong or not?” And that’s not a line I ever really wanted to blur. I wanted the reader to be confronted right away with the feeling of “This is wrong, and she’s being taken advantage of.” I think if Strane had been in his 20s, or even 30s, that would have been a question in readers’ minds.

[I’m interested in the idea that middle-aged men and teenage girls are] similarly dissatisfied in life, similarly striving for meaning, dealing with unfulfillment and feeling misunderstood. That comes from a lot of the depictions — at least that I grew up with — of middle-aged men like Humbert Humbert [in Lolita]. Or Kevin Spacey’s character in American Beauty. He, too, is a good example of these middle-aged men who do bad things, but are very likable and sympathetic. All of that was sort of swirling around in my head when I decided on that specific age difference.

What do you hope that men, in particular, will get from reading My Dark Vanessa?
This conversation [about sexual abuse] so often genders victims as women and girls — and understandably so, because women and girls are disproportionately affected by this because of the way power is doled out in our society. But I immediately think of men who have had experiences of sexual abuse finding solace in the text.

I also know that male readers might come to the book and find themselves not necessarily identifying with Strane, but focusing on Strane because he might seem more relatable to them. But I’d hope that men who do find themselves compelled by Strane — for whatever reason — ask themselves why that is and what is it about him that’s so interesting to them.

Strane was an interesting character to write, because it didn’t take much to show him to be quote, unquote “sympathetic.” It only took, like, a few moments of him displaying some kind of like torment. Whether that was performed, or whether it was genuine, we don’t know. That’s really interesting to me — how little it can sometimes take to make a character like Strane come across as complicated and sympathetic.

Yeah, Strane feels like a guy all of us know in real life — just like a single, kinda sad fortysomething dude. Yet he’s so normal compared to the wealthy, powerful men who are the faces of #MeToo, like Bill Cosby or Harvey Weinstein.
Thinking of Harvey Weinstein — he was such a villain and rightfully so. Just horrible, compulsive, rampant abuse and violence. And there were other stories, like Matt Lauer with this button under the desk. It was literally like something out of a horror film. Because I was writing My Dark Vanessa at that time and I was so deep in Vanessa’s head, it was easy for me to imagine Vanessa reading those stories and being, like, “Well, that’s nothing like Strane!”

That maybe speaks to one of the — I don’t want to say dangers — but potential drawbacks of when the stories we hear about sexual violence only feature the Harvey Weinsteins and the sort of grotesque villains. Because there’s a spectrum.

So how did you get into the mindset of a predatory man?
I wanted [Strane] to be a character who was subtle — so subtle that it would be left for the reader to figure out how much of his behavior was calculated in terms of grooming and how much of his behavior was just him being a human being. In some ways, it was a fine line to walk, because I didn’t want to make him into some textbook predator where the reader would almost be able to predict his next move. He had to stay a mystery to me. And so, I felt like I had an idea of what was on his mind — especially at the beginning of the story when he’s making that slow approach toward Vanessa — but then I also felt like I was in Vanessa’s shoes where I didn’t really know what was on his mind.

Have you noticed any sort of generational differences on the reception of the novel?
I’ve noticed that the older the reader is, the more likely they are to say that they valued the way that they felt like they could make up their own minds about the story. That’s really interesting, but I’m not sure to chalk it up to a generational divide. My mind immediately goes to social media, which might seem like a big jump, but so much of the cultural conversation about these topics has played out on social media. I wonder if, for certain readers, exploring the subject matter in a novel might feel more comfortable, if that makes sense.

It absolutely does. In your intro to the book, you mention your research into trauma theory while working on it. Tell me more about that.
Once I started studying trauma theory, certain characteristics of Vanessa made sense in ways that they never had before. What I mean by that is, going from thinking of this as a complicated, dark love story to something that’s just much more rooted in trauma — specifically in terms of complex PTSD. That’s what contemporary trauma theory is based on — this idea of prolonged repeated trauma that’s impossible to escape, as opposed to an acute trauma, like maybe being in a car accident. Our understanding of trauma is opening up in a way where we see it not as these isolated events, but these repeated experiences that bleed into each other.

A character who interested me was Taylor — another student at Vanessa’s high school who was abused by Strane and goes public about it in 2017, at the height of the #MeToo movement. Taylor strongly condemns Strane’s behavior as abusive and manipulative. But even into adulthood, Vanessa sees her relationship with him, as you said, as a “complicated, dark love story.”
There’s certainly differences in how Taylor and Vanessa react to those violations. And that was important to me. So often we conceptualize victimhood as this predetermined trajectory. And I do wonder if post-#MeToo, that’s even more the case — this idea that if you were violated, the thing to do is to speak out publicly and to find healing and closure that way. I think that’s very oversimplified and that there’s danger in thinking that there’s only one way forward.

I also think we put the onus on victims, whatever their gender, that it’s their obligation to come forward about abuse, or else the perpetrator might do it again. Like, “Why didn’t you speak up sooner?!?!” That’s an awful lot of responsibility to foist on victims.
It is. And I think it misrepresents how these things actually happen, because the way that abuse can manifest and continue is through enablement. [Enablement happens in] these small moments when people who often have good intentions — often are good people, certainly not bad people — are choosing to maybe look the other way, give the benefit of the doubt or not speak up because it’s easier not to.These small decisions that, when put together, can result in a situation like Vanessa’s. 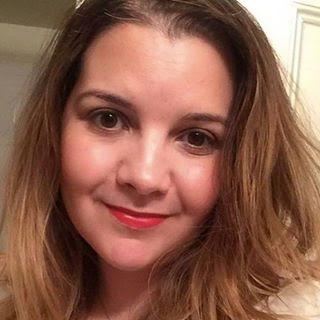 Jessica Wakeman is a writer based in Brooklyn. Her work has been published in Bitch, Bust, DAME, Glamour, Marie Claire, Rolling Stone and many other publications. She was also one of the original consultants to MEL.