There exists in pop culture the uncanny article that smacks of sheer illusion. I’m not talking about when a musician puts on a false identity in their work, or a blockbuster movie being one interminable CGI action sequence. I’m saying that some of our entertainment is represented only by its marketing, so that you could almost swear there’s nothing at all behind it.

Such is the case with alleged TV show Ray Donovan.

Featuring Liev Schreiber in what I have to assume is the titular role, Ray Donovan is, supposedly, a thing you could have been watching on Showtime for seven seasons now. Seven! Except we’ve seen no evidence that a single episode of it was ever produced. It’s just the posters and billboards with Schreiber on them, not doing anything. It’s concept art. It’s a pitch without specifics. A mirage, no more solid than air. 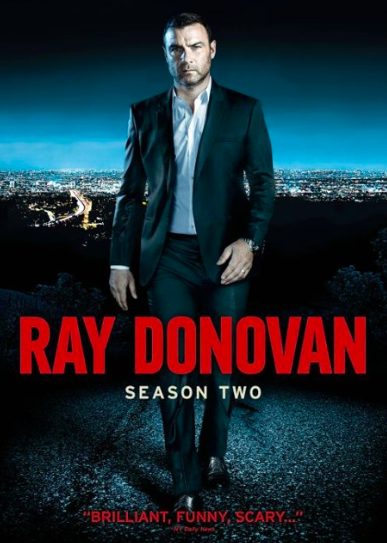 Look at this profoundly generic DVD box cover. Could you even describe it? That’s because it is certainly a thumbnail from an algorithm designed to generate junk to scroll through on an in-flight streaming service. Reading the name “Ray Donovan” in block red text is like gazing into a field of static. Schreiber himself is walking toward the camera with a look that says, Yeah, I have no idea either. You cannot end this show, simply because it never began.

That right there is a dead giveaway. The counterfactual president who has Fox News blaring 24/7 and may or may not possess the attention span to sit through Jean-Claude Van Damme’s Bloodsport — this addled man claiming to follow a years-long serial drama(?) on cable is too ludicrous to take. No, the tweet above is proof that Ray Donovan was, at the very most, a sociological study conducted by Harvard University.

Maybe something about whether, given enough nondescript promotional material, the public can project a consensus reality of a fake TV show. Turns out we definitely can’t.

I suppose I’ll leave that to the academics now wrapping up their little experiment. Personally, though, I think what they’ve done here is irresponsible. People are overwhelmed as it is with all their home-viewing options. To create the sense that we are somehow “missing out” on some additional, phantom content called Ray Donovan is more cruel than elucidating.

My heart goes out to anyone who earnestly tried to find it.