Great, the Internet Is Going to Ruin Bacon (Again)

Welcome to Stage 2 of Bacon Mania — this time, it’s political

Sometimes a chill runs up your spine, you start to get the so-called meat sweats, and you just know that food history is going to take a wrong but familiar turn. It happened to me recently, when a number of media outlets reported on a bacon vending machine installed at Ohio State University during finals. It’s happening again, I thought.

Anyone remember 2009? It was a boom time for dudes on Reddit saying stuff like “bacon is le epic win” and Rickrolling each other with fake links to contests where they could supposedly win free bacon. The TV series Parks and Recreation premiered, introducing the world to Ron Swanson, a man’s man who scorned fruit and salads while consuming bacon in heroic quantities. It was the dawn of “food porn” blogs, which featured increasingly ridiculous bacon products and spurred restaurants to baconize their menus. In fact, the pork industry had largely engineered the bacon craze for profit, beginning in the 1990s and through the low-carb Atkins diet fad of the early aughts.

The end result, for the internet, was a cultish devotion to bacon that all but ruined its appeal. Although it was assumed that pretty much every American loves bacon, some guys — and they were mainly guys — had to love it more. It’s not unlike when, say, the toxic Star Wars nerds claim a higher connection with the franchise than the literally millions of other people who enjoy it. And these guys, to worship and evangelize on behalf of their one true god, almighty bacon, made Impact font memes of this variety:

Except, wait. That’s… the president’s arguably dumbest son sharing 2009-style bacon content in 2018. What the fuck, man. I thought we were past this bacon supremacy. I was sure the last nail in the coffin was either 2015’s bacon-crust pizza from Little Caesars, or, that same year, Ted Cruz angling for gun-nut support in his doomed presidential bid by cooking bacon on the barrel of a rifle favored by mass shooters.

Maybe, however, Cruz’s stunt marked a shift in the bacon fandom — away from the neckbeard libertarians who raved about it in the previous decade, and toward the smug center of trollish Republican ideology. It would make perfect sense. The fatty cut of pork has conservative significance as a link to the time before green smoothies, back when a man “brought home the bacon” and his homemaker wife served it to him in a hearty breakfast each morning. The sizzle and intoxicating smell engage the kind of hazy American nostalgia that drives a regressive GOP agenda. And, as the factually incorrect meme shared by Don Jr. indicates, bacon has value as a “trigger” for vegetarians and vegans, plus devout Jews and Muslims, just as flaunting an AR-15 upsets those who would like to see the weapon outlawed. In theory, it offends all political opponents.

So yeah, we’re clearly hurtling toward Stage 2 of this century’s bacon mania, in which the reactionary doofuses will apply Trump-era polarity to the consumption of a delicious food whose chief quality is being near-universally beloved in this country.

And I guess the whole ketogenic diet thing isn’t helping. We’ve already heard that Kermit-voiced masculinity guru Jordan Peterson eats nothing but beef and salt; soon an alt-right Twitter personality is bound to do the same with bacon, presumably to “own the libs.” Extremely doubtful that any of these committed carnivores will take a decent shit in the future, but at least they’ll outrage whoever runs PETA’s social media accounts? Cool. 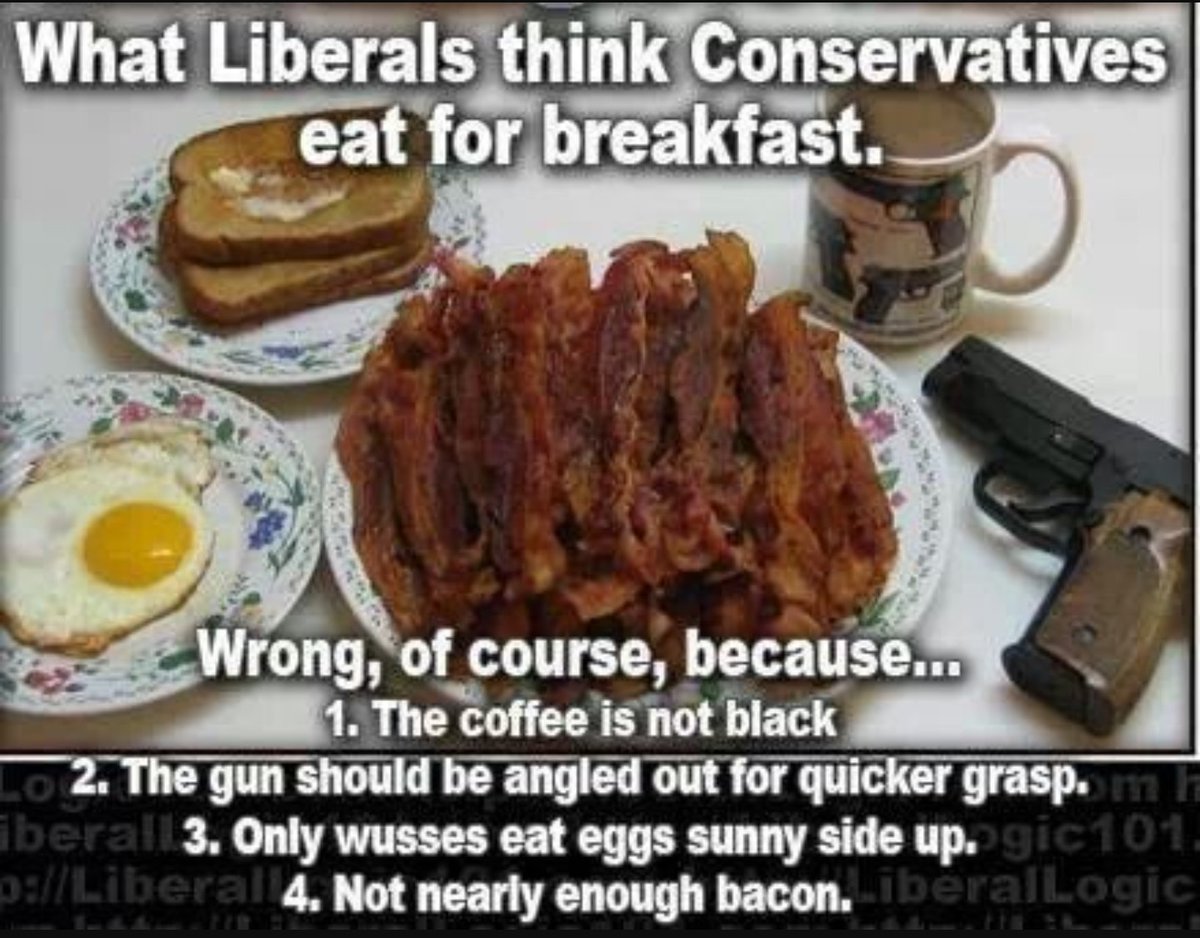 (No idea what the deal with that egg comment is, by the way.)

As we descend from the age of bacon virality into the hell of divisive bacon discourse, we may even start to yearn for that earlier enthusiasm — the greasy fever dream that spawned bacon lip balm, the bacon alarm clock, a bacon bra and maple bacon donuts. Also, Oscar Mayer’s dating app for bacon lovers. It’s not that bacon’s omnipresence never got annoying, or that we didn’t feel like telling the bacon obsessives to pipe down and eat a piece of goddamn broccoli for once, but at least bacon wasn’t part of a nasty, unwinnable culture war. It was a unifying force, the food that went with everything. It’ll be a bummer to watch it hijacked for antagonism. Enjoy those BLTs while you can.

Or, you know, you could try beat the bacon swine at their own stupid game.