When you’re single, there can be a pressure to expect perfection — both in yourself and in your potential partner. When you see a happy couple — people who seem to connect on a deep level — it’s natural to want that for yourself, and to be choosy if those you date come up short. At the same time, you might also be tempted to try to be perfect for the person you’re dating — to want to be their everything. All of this is ridiculous, of course, but relationships make us behave in ridiculous ways. In a pinch, you can always blame it on the movies, which put these impossible standards of romance in our head in the first place.

There’s no way to describe the plot of I’m Your Man without making it sound cheesy. But once you realize that it’s far smarter than its deceptively straightforward logline, you may be pleasantly surprised by the sophistication of this melancholy romantic comedy with a sci-fi twist. The film, which opened in select theaters around the country yesterday, is about a single woman and the android that’s been created to fulfill her every desire. But rather than being unbearably hokey, this German-language drama, that country’s official entry for the Best International Feature at next year’s Oscars, torpedoes the idea of the perfect man, from both sides. People shouldn’t aspire to find perfection — and those trying to be perfect for others are bound to be disappointed.

You can’t argue with the actor that director Maria Schrader chose to play Tom, a prototype from a tech company hoping to corner the market on A.I. companions. With his flawless complexion, dreamy features and kind eyes, Dan Stevens would be a lot of people’s idea of the perfect man, but he’s assigned to Alma (Maren Eggert), a dedicated scientist and researcher who’s not all that interested in settling down. But because Alma needs funding for her work, she reluctantly agrees to be part of a unique pilot program: Tom will live with her for three weeks, and because he’s been designed to be her ideal partner, the tech company’s executives want to know how close they got to creating Alma’s soulmate.

Tom’s certainly easy on the eyes, and it’s clear this android (and the tech executives) have done their research on Alma, including in his programming specific things that she likes. For instance, Tom speaks German, but with a British accent: They’ve learned that she prefers exotic men but, y’know, not too exotic. But that doesn’t mean Tom doesn’t mess up on occasion. One night, Alma goes into her bathroom, discovering that Tom has strewn rose petals all over the place and made her a bubble bath. A large majority of German women love this kind of thing, Tom explains. Just his luck, Alma isn’t one of them.

There are many dopey directions that I’m Your Man could go, and happily Schrader (who won an Emmy for directing the Netflix series Unorthodox) mostly avoids them to get at something more thought-provoking and a little sadder. If you’re hoping that Tom will teach Alma what it means to truly be human — or that he’ll turn sinister like most other A.I. does in sci-fi movies — you’re bound to be disappointed. Instead, I’m Your Man keeps poking at this faulty assumption that relationships are about satisfying the other person’s needs.

Now, obviously, to be a good partner means not being too selfish, but what starts to unnerve Alma is that Tom doesn’t want anything. He’s there simply to make her happy, and she’s smart enough to know that there’s something slightly cringey about such an arrangement. Even if she’s a bit starved for human connection — her ex is now happily married, and her ailing father is beset with dementia — she’s not sure she wants this. Even if Tom knows a lot about her preferences and quirks, is that the same as an actual love connection?

Both actors are quite good, pushing back against the possible clichés of their roles. Alma may be single, but Eggert doesn’t play her as some flighty ditz, like we see in so many bad rom-coms. (Her life isn’t some adorable train wreck.) Similarly, Stevens avoids portraying Tom as a lovably naive waif who’s constantly confused by our weird human customs. (The one time he goes off on his own, to buy a cup of coffee, it’s not played for broad laughs.) I wouldn’t even say that I’m Your Man is a movie in which two initially diametrically opposed people end up falling in love, which is the sort of thing that usually happens in films like this. They grow closer, they come to understand one another, but I’m Your Man isn’t so enamored with this idea of perfection or true love. Life just doesn’t work that way.

I imagine that most people will watch I’m Your Man from Alma’s perspective, thinking about what it would feel like to be presented with a robot designed to worship you. That has its clear drawbacks: One of the things we love about people is that they’re not perfect, and in fact it’s sometimes their imperfections and the ways that they don’t jibe with us that get our juices flowing. But at some point during the movie, I started considering Tom’s point-of-view. When I was single or dating, I tried awfully hard to make myself the exact person someone would want to be with — I engaged with the woman’s interests and tried to be sympathetic to her needs. On the one hand, that was a genuine desire — it was a way to show I cared — but it could lead to complications. Like Tom, I would be bewildered when I would act in the exact way I assumed she would want, and yet there was still a problem. Hadn’t I done everything perfectly? What went wrong?

Thankfully, I’m Your Man is wiser than I was about the ways that we reshape ourselves to be palatable to others — when, in fact, tailoring our personality to another person’s interests might actually repel them rather than draw them closer. Alma and Tom eventually do have sex — he’s been created to provide pleasure, right? — but, ultimately, it’s not something physical that she needs from a mate. It’s not even a person who shares her interests or knows she likes slightly exotic men. Like a lot of us, Alma is after something ineffable, and as much as Tom shifts his programming to accommodate her, it’s never going to be quite right. 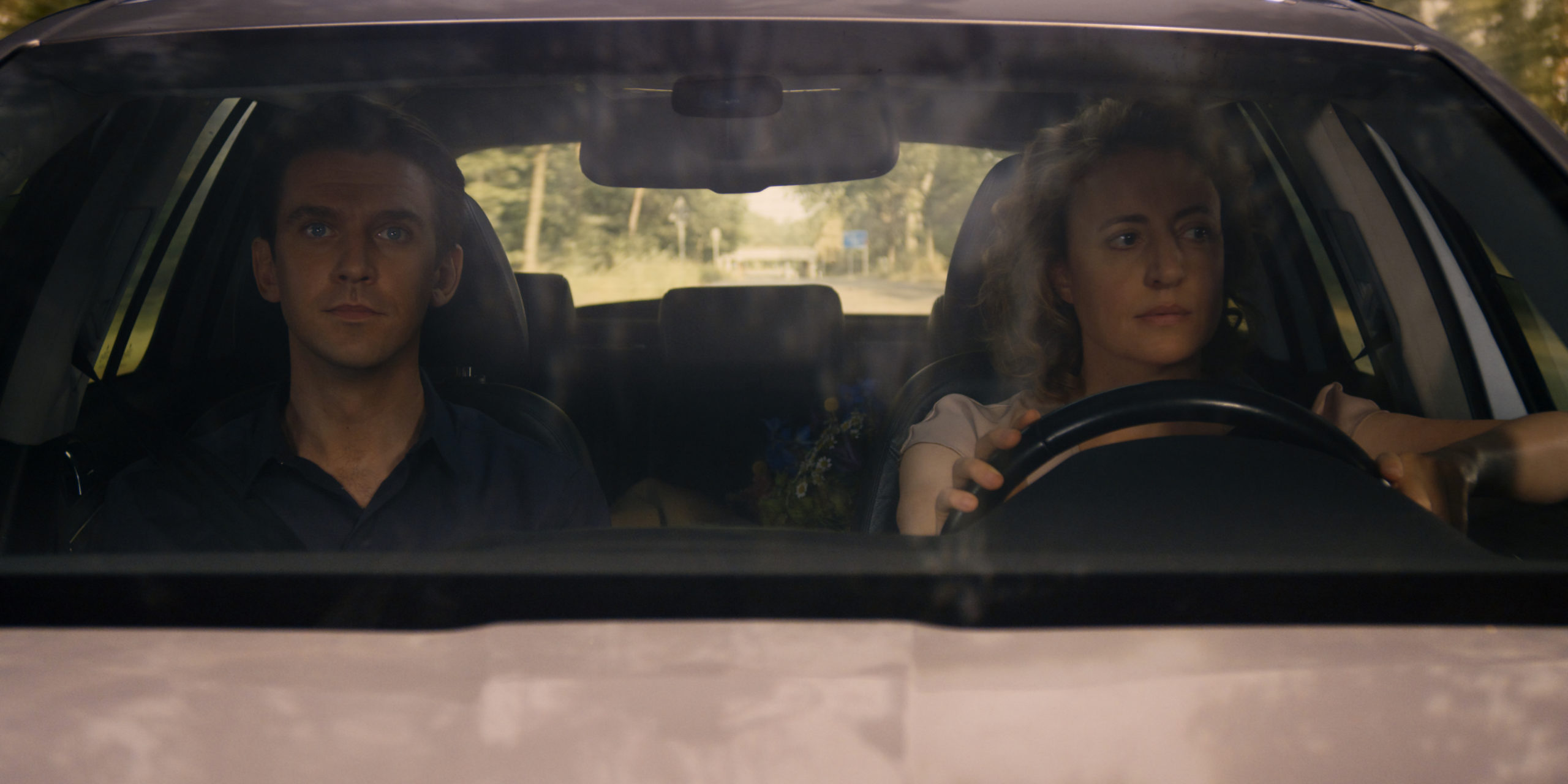 The great irony of I’m Your Man is that, long ago, Alma did know a perfect man, back when she was a girl — this impossibly sweet and handsome Danish guy who she met briefly. The longer Tom hangs out with her, the more he learns about this passing encounter and how it’s stayed with her. She doesn’t know what became of that man — funny enough, his name was Thomas — but it’s clear that The One That Got Away has never left her thoughts.

For a movie about the pitfalls of “perfection,” this revelation is one final twist of the knife. We look for the perfect partner — we try to be perfect for the one we want to love us — but perfection is an impossible standard, something that we often assign to someone who’s more of a fantasy than a reality. The film’s tech company has spent countless hours designing Tom to be Alma’s soulmate, but it’s futile. She doesn’t want “perfect” — she really wants Thomas. It’s easy for something to be perfect when we know it’s something we’ll never have.