But, as it turns out, there wasn’t nearly enough wax to bring these hirsute nostrils and and lobes to their knees

Growing up, you always hear about how, when you’re older — like in your 30s — your body starts to change. Lines begin to appear around your eyes, fat starts to collect around your waistline and gray hair grows like mushrooms atop your head (and from your ears and nostrils). Basically, when you hit your 30s, you become your father.

At 36, these problems are now my problems. Most of which I’m at peace with. In fact, the gray hair thing I actually kind of like — the salt-and-pepper look has a debonair quality, and if I have to stress myself out even further to achieve it, so be it.

But there is one, ahem, issue that’s begun popping up these last few years that I haven’t been able to come to admire or enjoy: The fucking forests growing in my nostrils and, to a lesser but equally annoying extent, my ears. I simply cannot ignore my ear and nose hair; it makes me feel like I look like Abe Vigoda.

Sometimes in front of other people, too. Like, for instance, my poor girlfriend (it’s pathological): 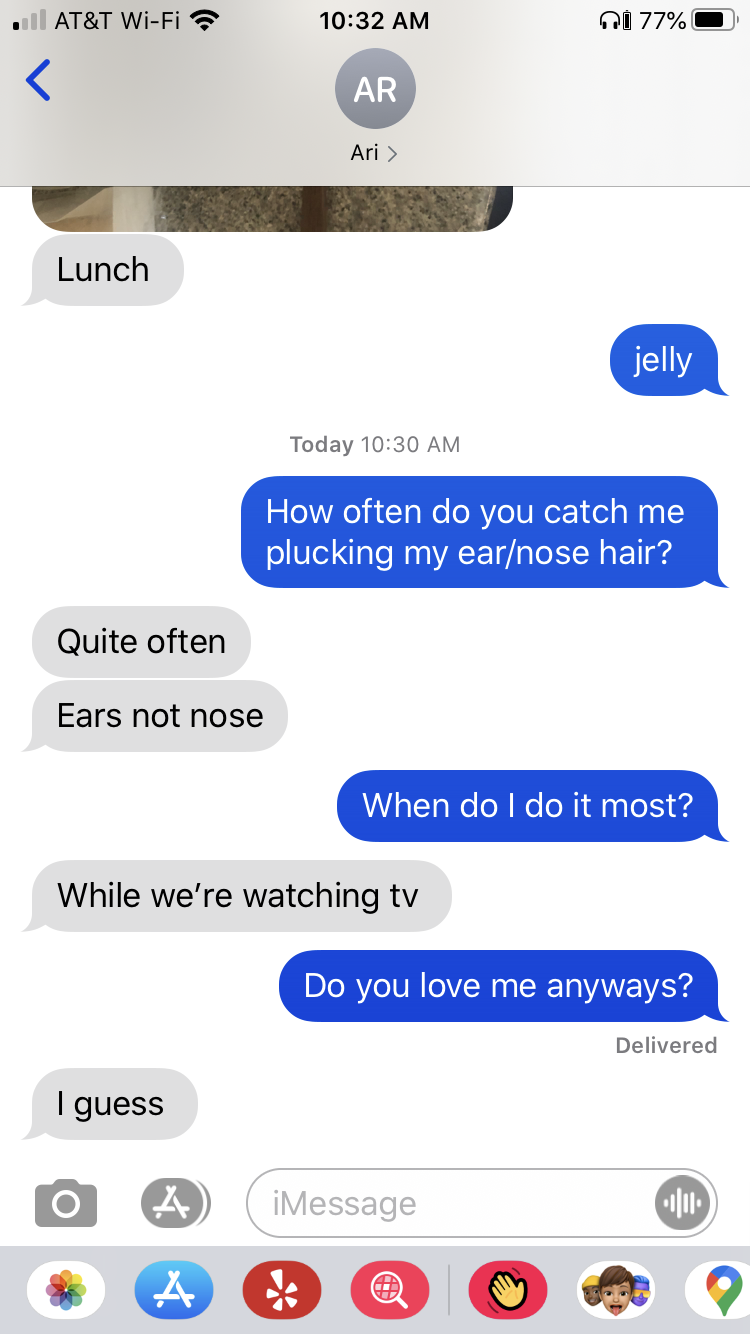 The good news is — as much as there can be good news these days — is that I’m trapped at home like everyone else and now is as good a time as any to do something about the redwoods in my nostrils and earlobes, on my own, away from the crowds. And when I say do something about it, I mean something drastic — like waxing the shit out of them until they’re as smooth as the proverbial baby’s bottom.

The Potential Cure-All: A DIY wax kit. I just went online and bought the highest reviewed one, which happened to be the Nad’s Nose Wax Kit (Amazon price: $18). In the box came a handful of popsicle sticks, a similar handful of oddly shaped applicators, some “calming” wipes, more than a few cute stick-on mustache protectors and, of course, the wax. 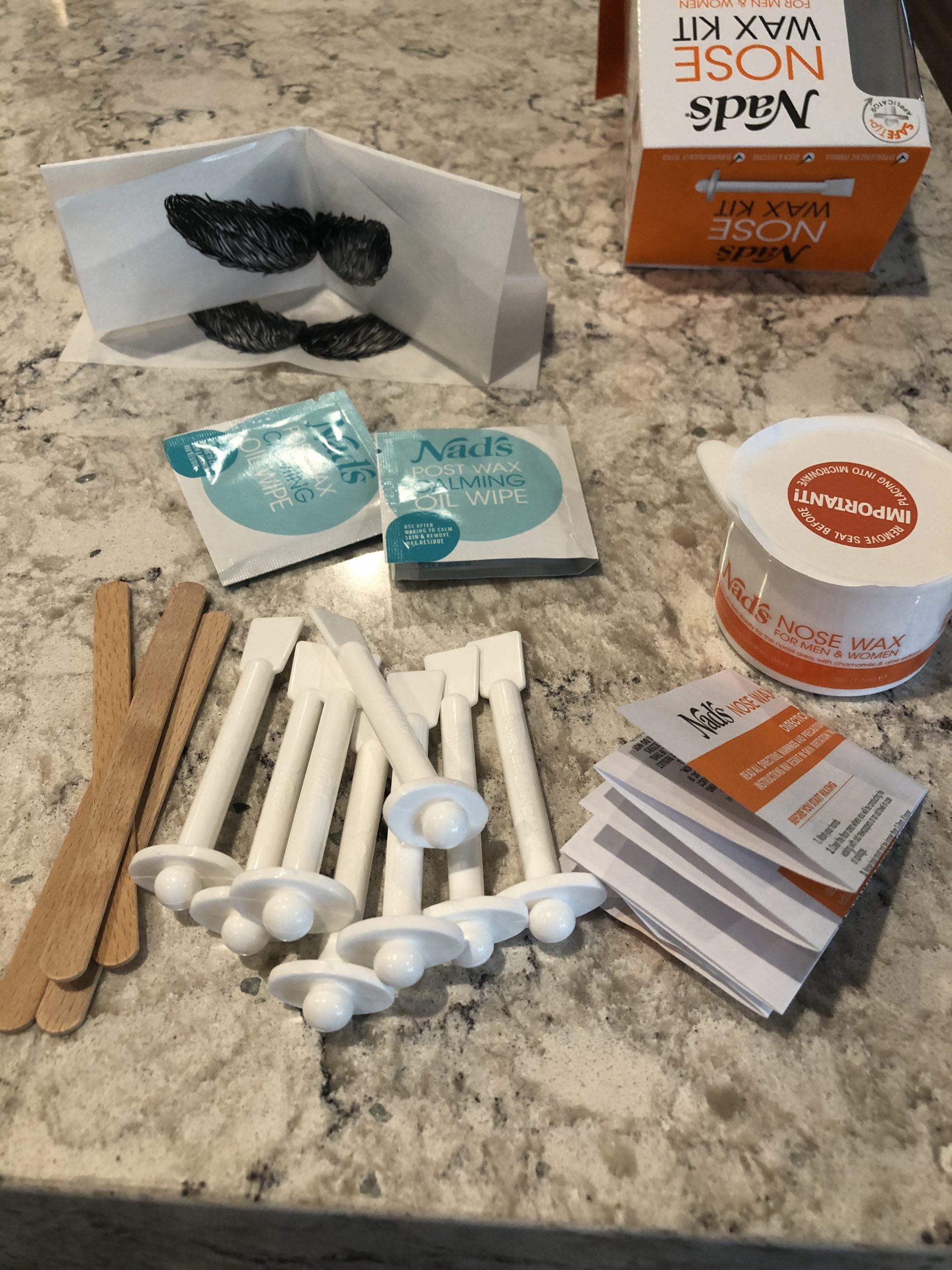 What the box was light on were coherent instructions — more on that in a second.

The Most Satisfying Pluck: Honestly, as much as I hate my hirsute ears and nose, there’s something very satisfying about plucking the perfect hair. I know it’s foul, but I’ve never had a significant other who didn’t enjoy popping the perfect zit, so allow me this one gross pleasure, okay?

Plus, plucking the perfect ear lobe hair is way more satisfying, because they’re hard to find when you can’t see them in the mirror and even harder to pluck. Then again, a long-ass nose hair is the holy grail. Chills.

The Experience: Naturally, I roped my girlfriend into trying this shit, too. I wasn’t going to do it myself without a partner in crime. First, we heated the wax in the microwave — two minutes, on high. The wax came out hard on top, but beware what was underneath: Molten wax lava. The single page of instructions in very small letters that came in the box warned us to “stir until heated evenly,” which, for me, meant dipping a popsicle stick in the wax and immediately getting it everywhere — my hands, the counter, more popsicle sticks when trying to get it off my hands. I probably wasted more wax in those first few moments than I did on my nose hairs. 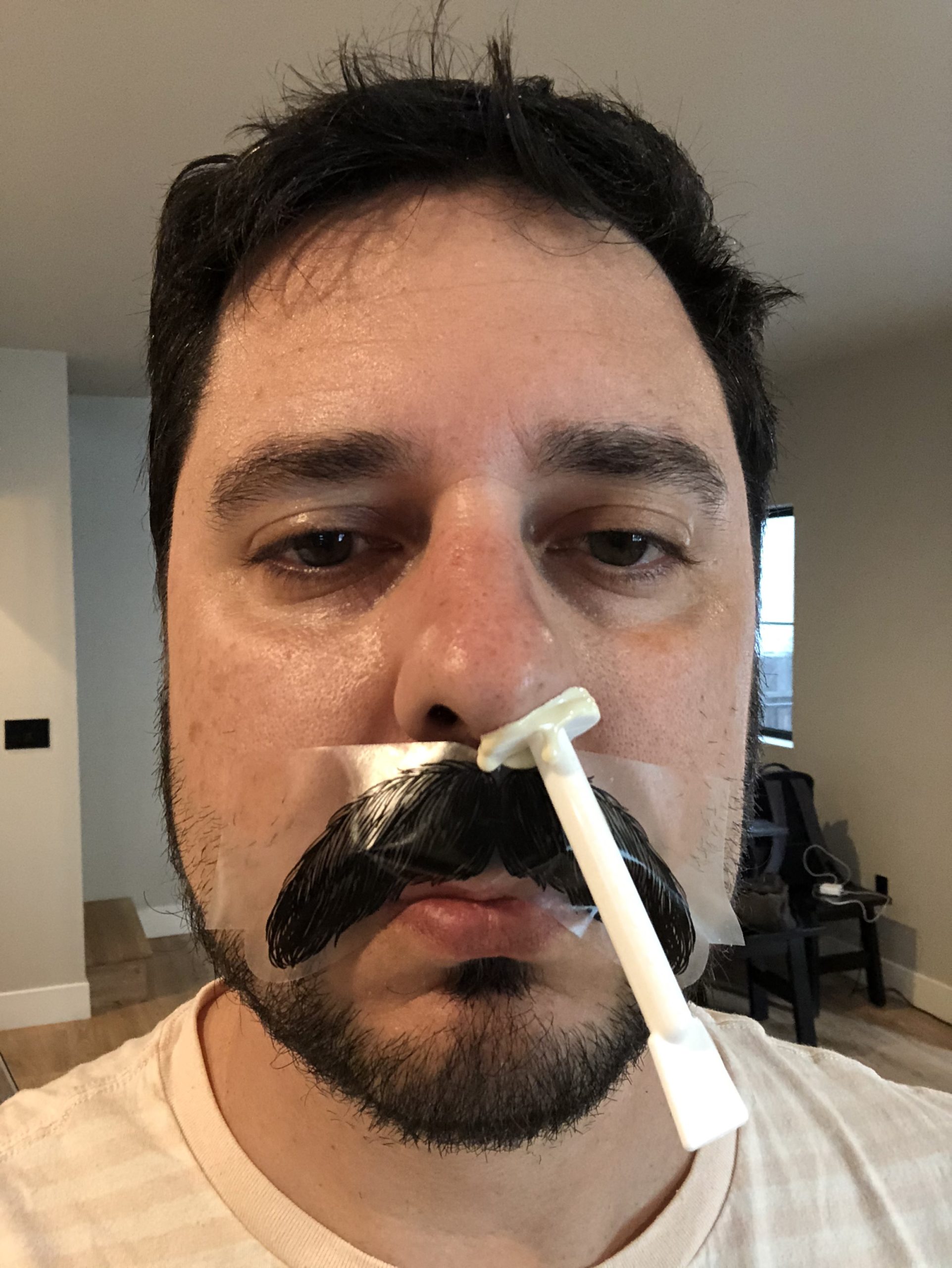 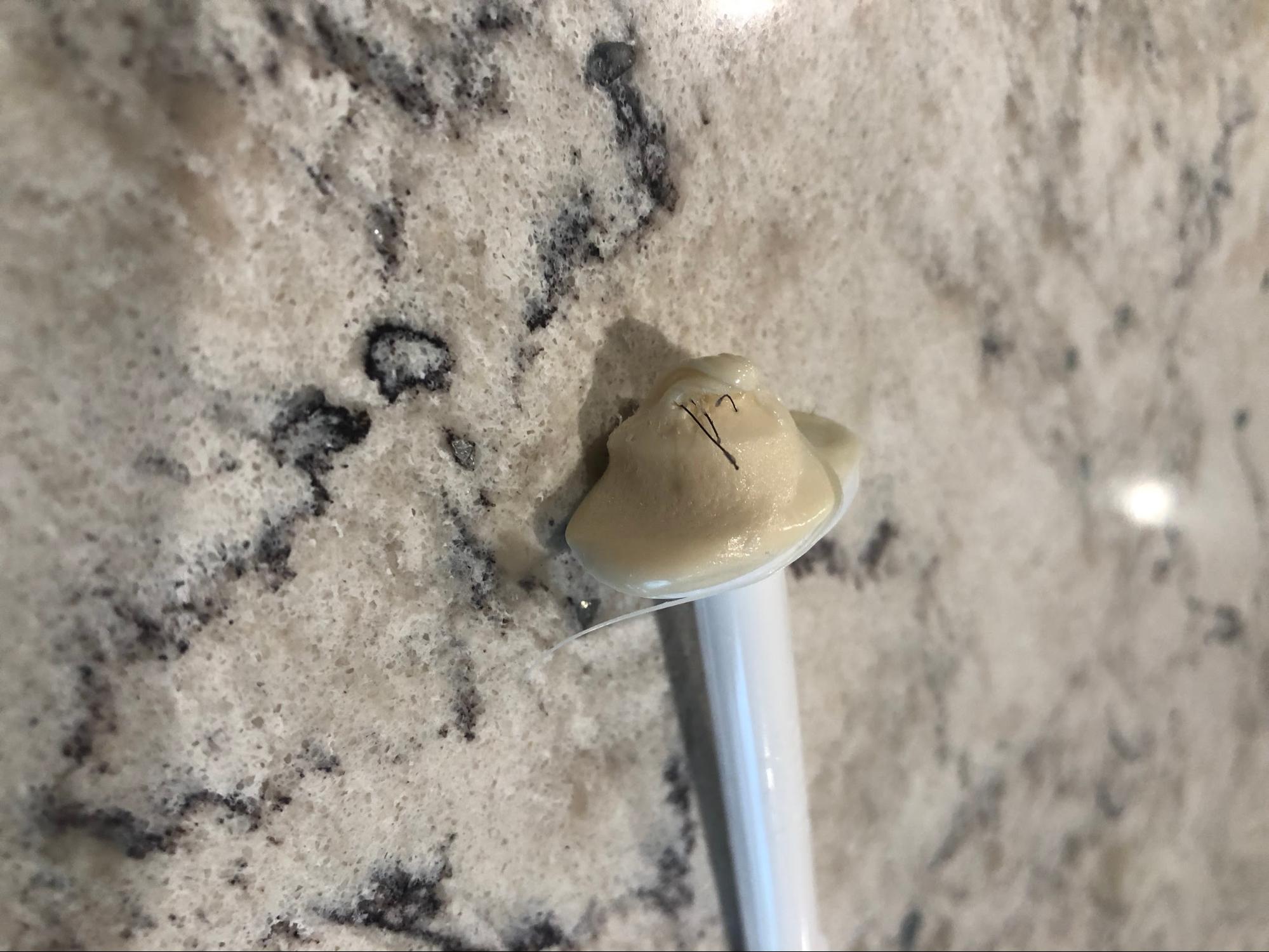 Another thing about those instructions: They provided illustrations for how to dip the applicators in the hot wax — not too deep, but not too shallow either; I had no idea, though, how hot was too hot for the wax, or how far up my nose I needed to jam those things, which ended up causing some issues. Thankfully, I didn’t burn my nostrils with hot wax; if anything, it was quite pleasurable. But my first attempt came up empty when few follicles were produced after I ripped out the dried wax applicator.

During the second round, I rolled the applicator around for maximum coverage and inserted it farther, too. Only problem with that was, all that rolling got a bit of my mustache not covered by the protective sticker, so I ripped out some of that as well.

The Best Way to Rip Out a Wax Applicator: Kinda the same way I imagine you’d want to join the mile-high club: Hard and fast, ideally with as little clean up as possible.

The Result: First, the positive — I have less hair up my nose, and after figuring out how to use a nose-hair wax kit on my ear holes (via the popsicle sticks, natch), less on my lobes, too.

There were, however, a few drawbacks: Namely, I still have way more nose hair to go — I just plucked a few while typing this very sentence! — and after a couple rounds of rippin’, plus all of the wax we spilled and tried to clean up at the start, I’ve only got a couple of applicators and sticks left. Turns out the lack of clear, concise instructions means you’re probably not going to get every last hair on your first try, like I thought I might.

Then, of course, there’s the weird bald spot directly under my nostrils: 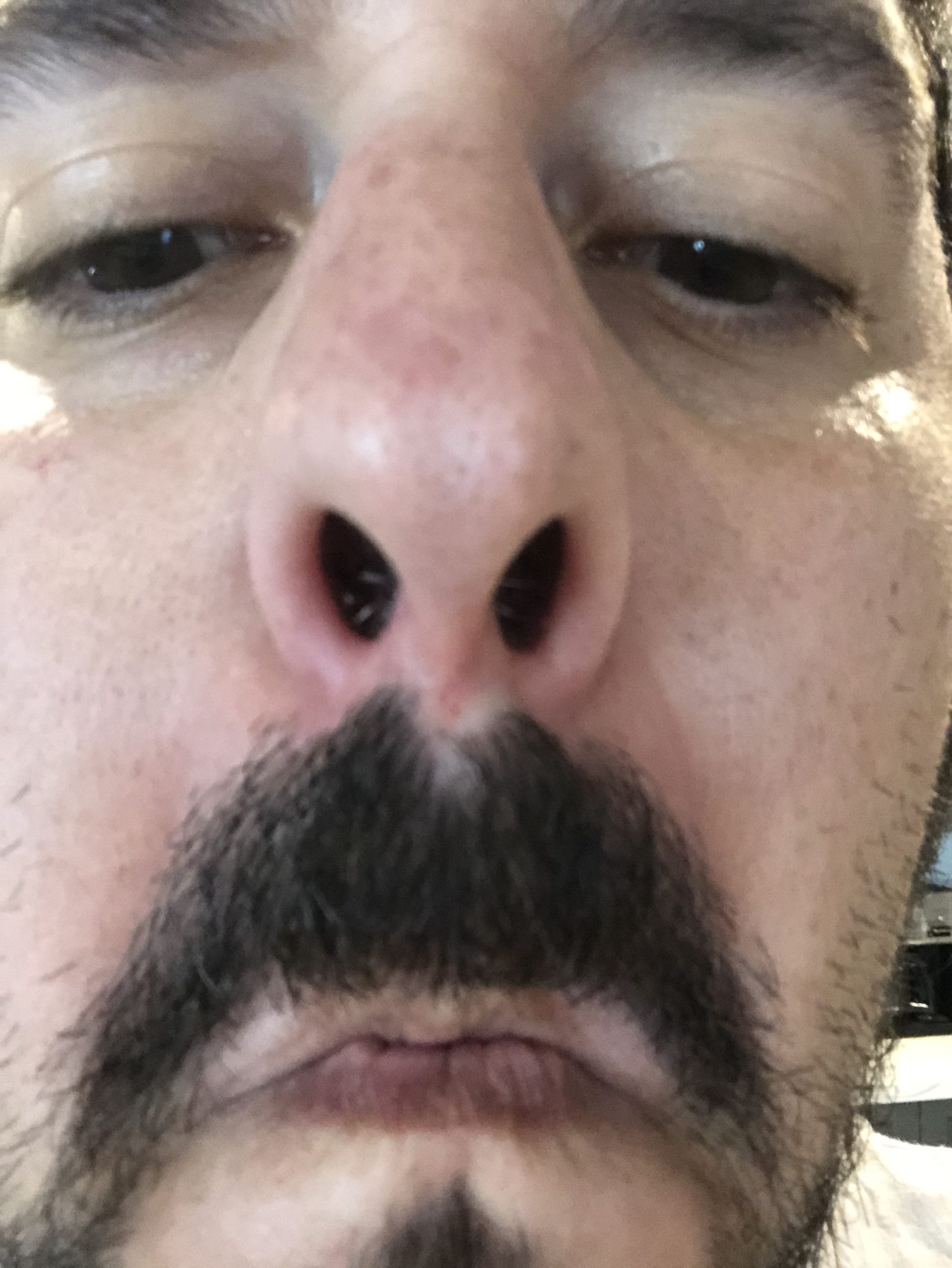 Taking all of that into account, do I recommend you wax your own ear and nose hair?

Well, keep in mind that it’s going to be messy; that it’s going to hurt; and that you’re going to have a bunch of wax up your nostrils and in your ears that will be a pain in the ass to remove. But hey, your nose and lobes will be balder in the process. And better yet, for me, there will be less to unconsciously pluck in the presence of others, which should suit me well once we’re able to re-enter the world — and gross out my girlfriend a little less in the meantime.