How Reading Became a Lifestyle Brand

I have a friend who starts every morning by swaddling her baby in a Hungry Caterpillar onesie before getting dressed on her own, pulling on her Clockwork Orange socks and then her bookshelf print dress before pinning her BOOK SLUT enamel pin to her (problematic) “Jane Austen Is My Spirit Animal” backpack.

Okay, so I don’t really have this friend. But I could. All the products I’ve just mentioned exist and can be bought online or at almost any bookstore the country. There is, too, no better example of how, over the last decade, reading went from something you did to something you are. It’s now something you display, a way to announce yourself. We have arguments on Twitter about the best way to organize a library (I’m sorry to those of you who don’t find the alphabet visually appealing); we warn each other who not to date based on which books they own (I refuse to be ashamed of owning Infinite Jest); we debate about whether a Real Reader is someone who has a tattoo of the green light from The Great Gatsby (learn from me and do not date this man) or someone who listens to the first chapter of Harry Potter as they fall asleep every night (learn from me and do not date this woman).

We do this because reading has become, like it or not, a lifestyle brand, and like lifestyle brands that have come before it, we need to know we are performing Reading the correct way.

Don’t get me wrong: This is less a complaint than an observation. I’ve worked in the book industry since 2003, starting corporate (RIP Borders) and eventually going indie, until (full disclosure time!) I landed as the events director for a storied San Francisco indie, responsible for its entire events calendar of more than 300 events annually in peak years. Seeing this shift happen in real time has been absolutely fascinating: think of me as more anthropologist than Principal Skinner meme.

I had a moment over the summer when I realized the shift was complete. Book Expo (formerly BEA, or Book Expo America) is a yearly conference at the Javits Center that started its life as a boring industry roundhouse for booksellers, publishers and librarians in carpeted booths that was especially beneficial to stores and libraries in the hinterlands (when you’re not in a major city, it’s hard to get face-to-face time with the people who you want to know about your store or to find out about new, small publishing houses with whom you might want to start accounts). Over the years, however, it’s transformed: In 2014, BookCon was tacked onto the end of Book Expo as a two-day, open-to-the-public affair that was explained as a way to let big-time book people (mostly bloggers and reviewers) in on our little conference.

It was, of course, enormously popular, and by the second year, you could show up on the morning of BookCon and see thousands of eager readers huddled together in Javits’ illustrious Crystal Palace waiting for someone, anyone, to scan their badge and let them onto the book floor.

Book Expo has been slowly rebranding over the years, but this year I think I can finally say that there is no discernible difference between Book Expo and BookCon. For the first time, Book Expo had its own branded swag: When I saw a keychain declaring “Get in Losers, We’re Going to Book Expo” I knew this to be true. Not to mention, on the outside wall of the Penguin Random House booth, you could find giant lettering asking WHAT BOOK CHANGED YOUR LIFE?, with a Post-It dispenser and some markers nearby. Two hours into the first day of Book Expo, the wall was already absolutely covered in responses. While this is the kind of thing that would feel normal at a Con, it felt strangely out of place at what used to be an educational conference.

If you think I’m being cynical, I might be, but hear me out. Certainly boosting reading as a culture is a good thing, and you won’t hear any different from me. But when I consider the arc that brought us to the point where every person under 40 with a bookshelf in their home can’t leave the house without book-themed flair, it’s not all good news. The trend stems from bookstores just trying to stay alive under the crush of shrinking publisher margins and Amazon’s chokehold on brick-and-mortar businesses.

First, a few numbers. Publishers set the price of books — they print them on the covers for fucks sake — and so while you might expect to pay $3 for a beer in Indiana but $10 for the same beer in New York, this isn’t possible with books. The margins are stubbornly stuck because the publishers hold the cards: They choose what to sell the book for, and they decide how steep a discount bookstores (and Amazon, Target, etc.) get when purchasing them for resale. Books are sold at an average of 46 percent off to stores: so a shop buys the $28 book for $12.88 from the publisher, which essentially means that the highest markup a shop can get at resale, selling it for the price printed on the jacket, is 54 percent. Basically, then, even when a city’s minimum wage jumps by $2 in a year (good!), the store can’t appropriately adjust prices to make up the cost difference (bad!) like bars, cafes and T-shirt shops can. And so, they’re stuck with an ever-shrinking margin in an industry that already had slim to non-existent margins to begin with.

How slim-to non-existent, you ask? They’re so small, in fact, that it’s virtually impossible for a bookstore to exist and sell books alone. Despite having worked in this field for nearly two decades, I myself wasn’t sure what they were, but had heard it was in the range of 1 to 2 percent. Some quick math on that figure astonished me, so, I hopped on the phone with Camden Avery, my former coworker and lead buyer at Booksmith in San Francisco to make sure I wasn’t losing it. And I wasn’t: If you use your humble dollars to purchase one $28 hardcover book from a local indie, that indie can count on putting 1 to 2 percent of that into the bank. So, after rent, staffing, shipping, insurance, electricity, membership in the local Merchant’s Association and what have you, the bookstore keeps, in a good year, about 30 to 50 cents on that sale. For a $16 paperback, it’s about 15 to 30 cents.

One way for stores to fix the problem of the infinitesimal margin is to add a more robust selection of what are called sidelines to your inventory. Sidelines are essentially any non-book items bought wholesale from various companies and range from puzzles to mugs to scarves to pens and pencils. This works because, unlike books, the prices aren’t printed on the products (in the majority of cases), and stores can sell them for whatever they like. My favorite behind-the-scenes anecdote is Cavallini decorative gift wrap sheets, poster-sized prints that most people buy with the intent to frame them. At my bookstore, we bought them for around $2 each and sold them for around $5: more than a 100 percent markup. (To sell them at the publisher-sanctioned markup of 54 percent, they’d go for $3.08.) Urban Outfitters once sold the same individual sheets for $24 each, a markup of 1,100 percent. It really is all possible in the world of sidelines.

Smart bookstore owners figured this out quickly, which is why they’re still bookstore owners. Around 2012 and 2013, after the industry-dubbed Borders Bump plateaued, bookstores began to seriously pump up their sidelines offerings, and simultaneously, the advice to do just this began to be doled out at conferences and industry events to whichever owners might have resisted the call.

Out of Print, a lovely Brooklyn-born company selling every product imaginable with book covers on them (tote bags, socks, shirts, keychains, matches, onesies and and and), began operations in 2010, and were absolutely the vanguard of this trend, and quickly cornered the market for book-themed ephemera. Since the mid-teens, I’ve rarely been to a bookstore that didn’t sell OOP offerings, and I make a point to visit an indie every time I travel anywhere. Their products can also be found in Urban Outfitters, on ModCloth’s website and at lots of other retailers that would have seemed odd a decade ago (they’re in more than 1,000 stores worldwide, according to their website).

Their products are design-y and high-quality, and their backend ordering process for retailers has always been smooth and convenient, making them an easy choice for bookstores no matter how tech savvy (or not) their owners. They’re so successful, in fact, that Penguin Random House purchased the company from its founders back in 2017.

Which brings me back to the wall of Books That Changed Your Life: This is fine and good, and books do change lives to be sure! But consider the source: Penguin Random House is the biggest of the big publishers, and they now own the most ubiquitous book swag and apparel company (Out of Print). The life-changing book post-it wall is a cute idea, but let’s also call it what it is — market research.

As bookstores jumped on the sidelines bandwagon, shops proliferated. More product was available to buy at wholesale and more product was sold in bookstores, until we reached now, 2019, when some bookstores could be more accurately described as gift shops with a book section. Again, this isn’t *in itself* a bad thing, but if 1) bookselling is literally unsustainable as a practice; 2) people are willing to shell out $15 for an enamel pin but not for a paperback book; and 3) bookstores have to resort to crowdfunding just to keep the doors open (nevermind paying employees a living wage), we’re in a bad spot indeed.

It’s counterintuitive because you’d think that people walking around in book swag would be a boon for bookstores, and in a way it is: Higher margins, more revenue, people who are mad at the cost of books will at least buy *something* when they visit a shop. On the other hand, the effect is to increasingly shrink the space that actual books take up in stores. The fewer books that stores can buy for space limitations, the less likely book publishers are to be invested in fixing the profitability problems involved in selling books.

In other words, the definition of what a bookstore IS has changed dramatically in the past decade, and it’s likely to keep doing so. If you want a call to action, the best I can do is this: Buy books from bookstores, if you want them to keep being able to sell books. Yes, they’re cheaper on Amazon and always will be because Amazon has bigger fish to fry and can easily afford to lose money on books. Bookstores can’t, unless you want them to turn into shops that only sell T-shirts with books on them.

Maybe in this case, depending on your priorities, cheaper isn’t necessarily better. 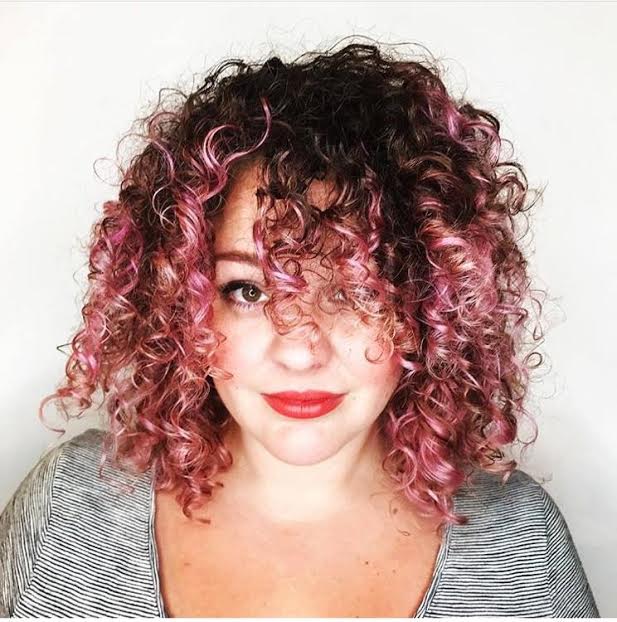