The former ‘Esquire’ literary editor and author of the new memoir ‘In the Land of Men’ didn’t just tangle with the snobbish masculinity of that era’s literary scene, but also with its infamous poster boy — David Foster Wallace

Adrienne Miller stands in front of a warped full-length mirror. She is a little older than five and lives in a pretty Cape Cod-style home in Marysville, Ohio. She is an ebullient observer — picking up on details like a juvenile surveillance system. She thinks about the fact that if she had been a boy, her parents would have named her Matthew — Matt Miller. As she stares back at herself in the mirror, she thinks, But what did that even mean, if I had been a boy?

At the still childlike age of 22, Miller finds herself in a world where men are everywhere and everything. They are her helpers, mentors, intruders, lovers, scrutinizers and predators, as she continues to exist as Adrienne, a woman who even when handed a scepter of power, continues to exist in the shadows of men with names like Matt Miller, men with corner offices and books with names like Brief Interviews with Hideous Men and A Heartbreaking Work of Staggering Genius. And yet, she will make magazine history as a woman in a role made famous by men like Gordon Lish and Rust Hills — behemoths of the literary world and, of course, men.

Miller’s new memoir In the Land of Men traces her ascension from bookish state school senior to the first woman to hold the position of literary editor at Esquire. Her life in the world of glossy magazines and the bygone media culture of big parties and champagne toasts began in 1994, on the day Jackie Onassis died, as Miller recalls, when she was whisked away in her parents’ Oldsmobile and submerged into a universe that she knew nothing about. “We may as well have been talking about Mars or Venus,” Miller tells me in a phone interview. It was here — upon this new and foreign celestial body — that she readied to begin her first job out of college, a role as an assistant at GQ.

What makes Miller’s tale so expository is its timing. The 1990s were a high point for media hobnobbery. The parties were lavish, and the lunches were long. Esquire and GQ signified luxury and sex, marked by veiled advertisements for cars, gadgets, expensive suits, and as the Maxim-era came about, more and more women turned into sex objects. Still, the magazines continued to thrive on legacy and austerity, bearing the masculine brand of postwar writers like Updike, Roth and Mailer, men whom David Foster Wallace would — very ironically — deem “the Great Male Narcissists” (acronymized, as Wallace was wont to do, as the GMNs).

At GQ especially, sexism underscored everything. The assistants, nearly all women, struggled to gain any upward mobility while the magazine itself not only sexualized women, but machinized them. Case in point: One Geena Davis-clad cover was somehow printed with the text: Ah, women. What do they want? What do they want from us? What do they fear? What makes them tick, makes them crazy, rocks their world — and why are they so damned angry? Here in the paranoid, PC Nineties, loving women has never been dicier.

By the time Miller became literary editor at Esquire, things seemed less chaotic. Rather than working the guest list at a Donna Tartt book party, she was conducting calls with important writers and propositioning Norman Mailer to write for the magazine again, albeit unsuccessfully. She was learning to read differently, to comb the fiction market with grit and decisiveness. If her book were a basic memoir of a woman paving her way in media and the literary world, this is where it would end, with a 26-year-old who, like so many of us readers and writers, grew up with Christina Rossetti’s poems at her bedside and volumes of Martin Amis teeming from her dorm-room shelves, finally having the power to curate stories.

But it doesn’t end there. In fact, this was where the men in Miller’s life became more complicated, more nuanced, where the land of men wasn’t simply inhabited by the two poles of predator and protector (the protector being editor David Granger, who recommended Miller for both jobs), but a man somewhere in the middle — the intrusive lover, the soul-sucking genius, the man who called himself Snidley Whiplash, or, as we know him, David Foster Wallace.

Wallace became hooked on Miller shortly after she published his short story “Adult World” in Esquire; and, not as fanatically or obsessively, Miller started to fall for Wallace too. He called constantly — at work and at home — to the point where it feels like much of the second half of the book takes place over the phone. “I don’t want to have any secrets from you, I want to tell you everything,” Wallace told Miller just before he opened up about his distressing history with women. He admitted to having an unhealthy desire to have women latch onto him just as he’s latched onto them. “But don’t worry, sweetie,” he told Miller both tenderly and self-mockingly, “I’m much more mature now.”

In a 2004 New York Times essay entitled “You Can’t Get a Man with a Pen,” author Curtis Sittenfeld reflected on having been a David Foster Wallace groupie. “In the late 1990s, after reading Wallace’s essay collection, A Supposedly Fun Thing I’ll Never Do Again, I concluded that Wallace and I were soul mates,” she wrote, “sharers of the same neurotic, despairing mirth.” When she attended a reading Wallace gave at the Boston Public Library, she looked out at the rest of the crowd and wondered, “Who were all these other people, and what were they doing on my date with David Foster Wallace?”

Sittenfeld was, as we know, entirely un-unique in her obsessions, as she attempted to draw some sort of astral connection between herself and the bandana-clad writer. Wallace had, and to continues to have, even in death, a power over people — the young and the aspirational especially, both male and female. I still remember reading “Incarnations of Burned Children” in my postmodern literature class and the professor peering over the page to remind us that this man, this David Foster Wallace, was the best writer since James Joyce.

Miller, too, believed in Wallace’s genius. She believed in his love of fiction and form, his ability to smack you over the head and then suddenly resuscitate you with a sentence. But when you’re that close to anything, and therefore, so very far from the position of the groupie, how long till it all becomes too much?

After Miller was mistaken for a groupie and made to wait for Wallace following a literary event in New York, she reflects on the eternal difference between her and her troubled friend. “As difficult as aspects of David’s life had been (as I was just starting to learn) and as much pain as he endured, he certainly has never been made to feel so powerless and inferior, not in such a tawdry — let’s be real: sexist — way. He’d never been made to feel as if his only identity in the world were as a leech, a parasite, a life lived only in relationship to another person.”

This is the continuation of the story of the little girl in the mirror. Because if Miller’s book is really about “the ephemeralness of power,” as she puts it, then it isn’t about learning how to step away from the mirror, but how to face it, learning how to navigate and survive while treading through the muck and the mire of a world not built for you.

Miller encountered men at their worst, men at their most unchecked. They wittingly assaulted her in backs of town cars, called her “veal” when she ordered veal, told her she’s getting old when she turned 28, and used her time and energy to buttress their own waning egos. She reflects on a culture of masculinity that cushioned the literary culture of the 1990s with a force field so strong it may as well have been another beat movement — this time made up of literary loners.

These stories are critical, but they exist in a media and publishing culture that has all but faded away. Where there was once a boys’ club, there’s now a white women’s club; where there were once lavish cocktail parties and book events, there are now mass layoffs and downsizings. Miller’s story is interesting because she emerges successfully, publishing important stories by Wallace, George Saunders and Heidi Julavits, among others and winning a National Book Award for fiction. Today, she says, she can’t think of another woman from either magazine who is still working in magazines — or even writing.

Toward the end of the book, while Miller was covertly working on her own novel, she met with Wallace for what would be the last time before he took his own life. She decided to tell him a bit about her project, but he snapped: I wonder why you’re telling me this. Her blood curdled, but she didn’t move. She wasn’t ready to move.

When I ask Miller how her relationship to her own work has evolved after years spent shielding her writing from others, especially male writers, she says that now she can’t imagine continuing any sort of relationship with a person who would respond that way to her work. “But I guess that was a different time in my life,” she tells me.

How much of the human condition do the more stringently self-righteous among us believe we’re exempt from? 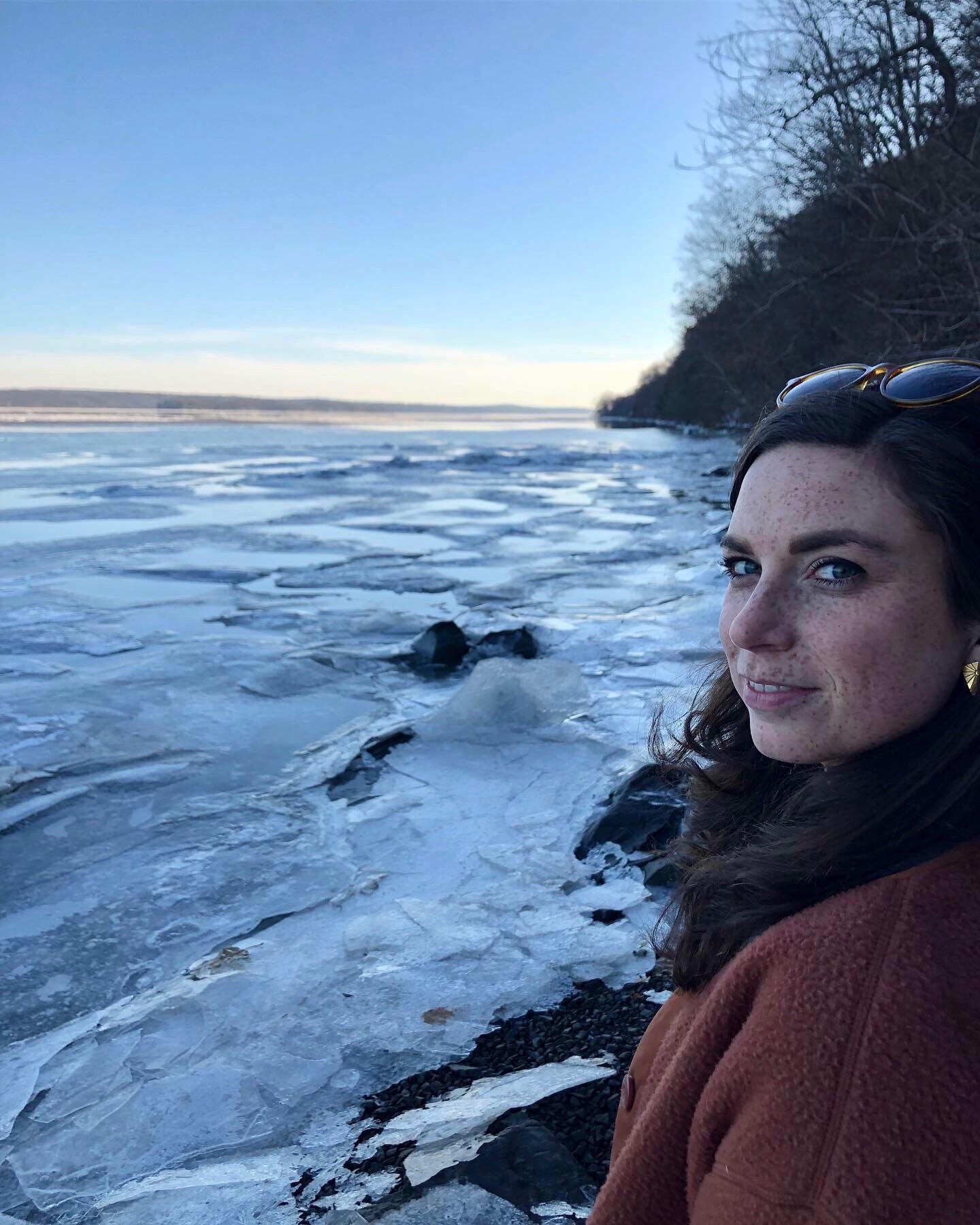 Leah Rosenzweig is a writer living in Brooklyn, NY. Her work has appeared in Slate, Catapult, Buzzfeed, LitHub, and elsewhere. Read more at leahrosenzweig.com.