Harley Quinn Is a Character 500 Years in the Making

To truly understand DC Comics’ breakout star, we’ve got to go all the way back to the 16th century — and the fabulous legacy of commedia dell’arte

It shouldn’t have surprised anyone that Harley Quinn was the breakout star of the otherwise ho-hum Suicide Squad movie. After all, she was the breakout star of the 1990s Batman animated series, and then in the comics, and now she’s one of DC Comics’ biggest characters, headlining her own film, Birds of Prey (Or the Fantabulous Emancipation of One Harley Quinn). In a way, though, she’s a character five centuries in the making, all thanks to her namesake, the Harlequin — and all it took was devilry, acrobatics and a lot of improv comedy to bring her inspiration to life.

To understand what a Harlequin really is — or I should just say Harlequin, since like his comics counterpart, it’s a name — you need to understand a little bit about commedia dell’arte (and I mean just a little bit, because there’s an immense amount to know if you want to really explore it). “It means ‘comedy of the actor’s guild’ and developed in the mid-1500s,” says Judith Chaffee, editor of The Routledge Companion to Commedia dell’Arte. It’s a highly stylized theatrical form that’s augmented through a lot of improvisation: “The actors used an outline of a story, but their performance was extemporaneous,” she says. 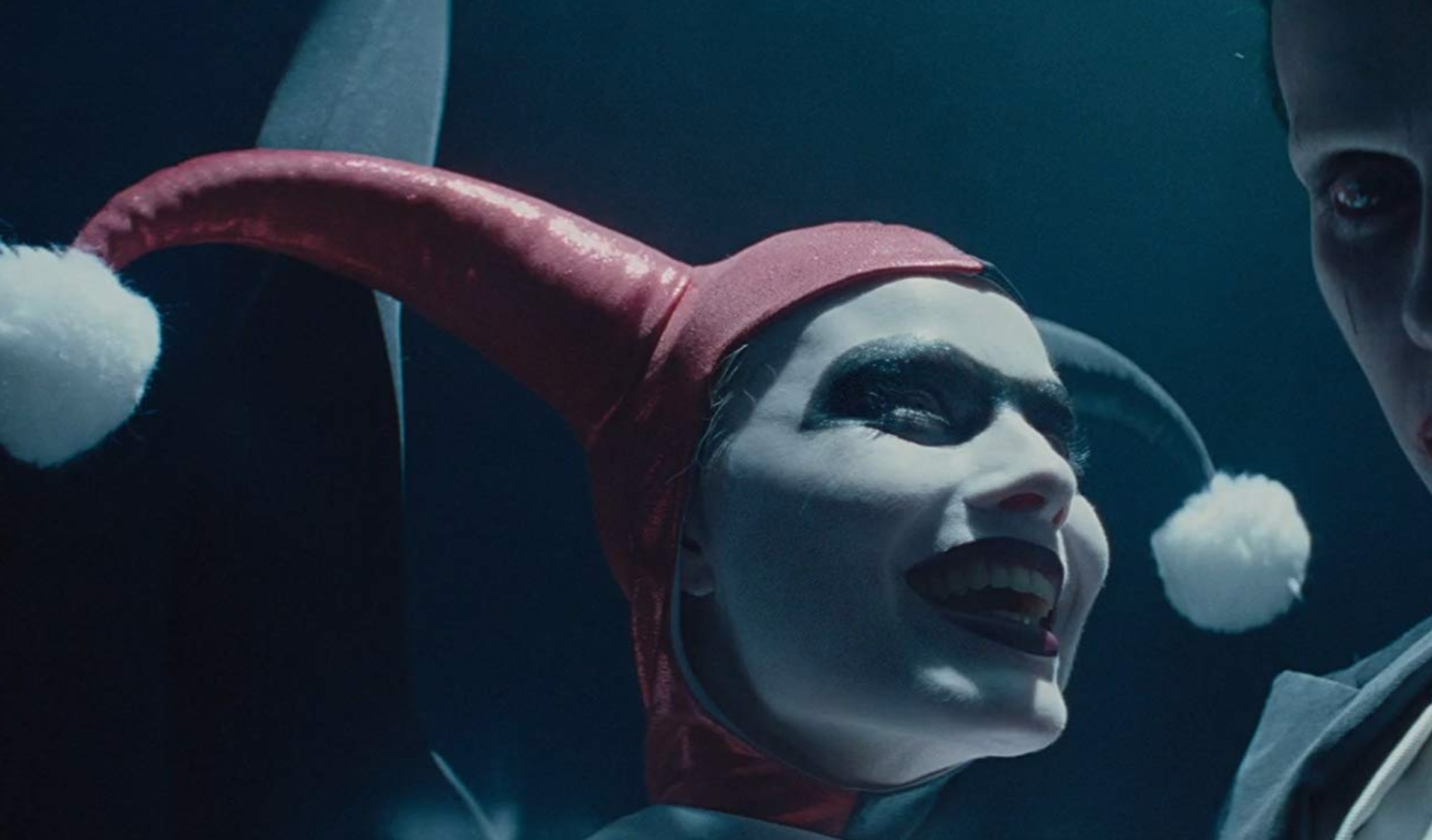 Imagine you’re in a traveling theatrical troupe performing Romeo & Juliet. Instead of memorizing the entire play, you’d memorize who’s in what scene, what order they’re in and what needs to happen in it. But all the dialogue is improvised, which means you and your fellow performers could always tell the basic story but still make it different every night. You could refer to current politics, throw in a bunch of Bears and Cubs jokes if you were performing in Chicago, or poke fun at the King of France if he happened to be in the audience.

These story outlines were called scenarios, of which hundreds survive, all using a set group of stock characters who each had distinctive masks and outfits, making them instantly recognizable to audiences. “It’s like the Marx Brothers,” explains Chaffee. “Every [movie] they’re in, they had to be those same characters. Groucho wouldn’t be Groucho without his mustache and glasses.” Most often, these scenarios were about two overzealous young lovers (the Innamorati) kept apart by a vain and/or greedy old man (Pantalone), who could be assisted by a pompous scholar who doesn’t actually know anything (Dottore) or an even more pompous military man who’s secretly a coward (Capitano). These characters would have a variety of servants who could be much smarter than the other characters, much dumber or just totally loony, but who would usually end up getting the best of their masters and helping the lovers get together.

Harlequin, whose original Italian name was Arlecchino, was one of these servants, often working for Pantalone or one of the other “old man” characters. The origin of the name and the character is highly disputed, but before he became part of the commedia dell’arte set, he appeared in a handful of plays as a demonic figure, wearing a black and red full-face mask indicative of his satanic nature. He was also very likely the inspiration for “Alichino,” the name of a demon who appears in Dante’s Inferno in the 14th century.

However, by the time the commedia dell’arte first blossomed in Italy in the 15th century, the Harlequin character had become a buffoon. He was greedy, very stupid and extremely gullible. His clothes were ragged, oversized and covered in patches to show how poor he was. He was still wearing a black and red mask — although it was now only from the nose up, so the actors playing him could speak clearly to the audience — with an up-turned nose and sometimes warts.

Harlequin was the most comical character in commedia dell’arte, and thus, became the fan-favorite, at which point he began to evolve. He began to have occasional moments of cunning, almost as if by accident. He started making plans instead of just reacting to situations, although they’d usually go completely off the rails, often because he was too easily distracted by food and/or money, and he’d end up in ridiculous predicaments, more than occasionally in women’s clothes. He’d also tend to fall in love with whatever female character had last caught his attention.

The more audiences loved him, the more the character kept evolving. “He became smarter over time, and he began to put one over his masters,” says Chaffee. “His plans began to succeed sometimes, and that’s what was fun for the masses, because the character represented the lower classes.” He also started carrying a batocchio, a device made of two long, thin, strips of wood; when he would strike someone with it, the two strips would smack together to make a loud clap to augment the sound of the blow, which is where the word “slapstick” comes from.

But what came to really define the Harlequin character was his physical comedy. At first, he’d massively overreact to anything, broadly emoting and wildly gesticulating; that, though, eventually transformed into acrobatics. And so, the role quickly came to require serious acrobatic skills, as Harlequin was expected to somersault, cartwheel and flip around the stage. His costume evolved from loose rags to a form-fitting bodysuit to better allow the actors playing Harlequin to do their stunts, and the patches turned into a colorful diamond pattern that covered the entire outfit.

Starting to sound familiar yet?

In England, however, Harlequin transformed even more. Although he was still mischievous and an acrobat, Harlequin became the main character and the romantic lead, going on the run with his love interest Columbine, the daughter of the disapproving, controlling Pantaloon (you see what they did there) who pursues them. Harlequin also became a magician, of sorts, who used his slapstick to transform things — he could change locations by having new sets revealed, or turn one object into another, all through clever special effects. This performance, which stayed basically the same for 150 years, was called the Harlequinade.

Commedia dell’arte slowly fell out of favor in the 18th century (Napoleon banned it in 1797, after he conquered Italy, because troupes kept insulting him), but even when the craze died down, it had major influences on Britain’s silly pantomime plays, France’s melodramatic comédie larmoyante, the Punch and Judy puppet shows and even Italy’s comedic opera buffa. And, of course, there’s Harley Quinn.

There’s a great deal of the original Harlequin in the DC Comics character: She’s bold, emotional and foolish, but still capable of being incisively smart, and she loves her cartoonish violence, often depicted wielding a giant, cartoon-y mallet to vanquish whoever she feels like vanquishing. You can also see a bit of Harlequin on her outside; the pairs of playing-card-esque diamonds scattered upon her original costume come from Harlequin costumes, and they’ve been a motif of the comic book character’s design no matter how much her outfit changes. 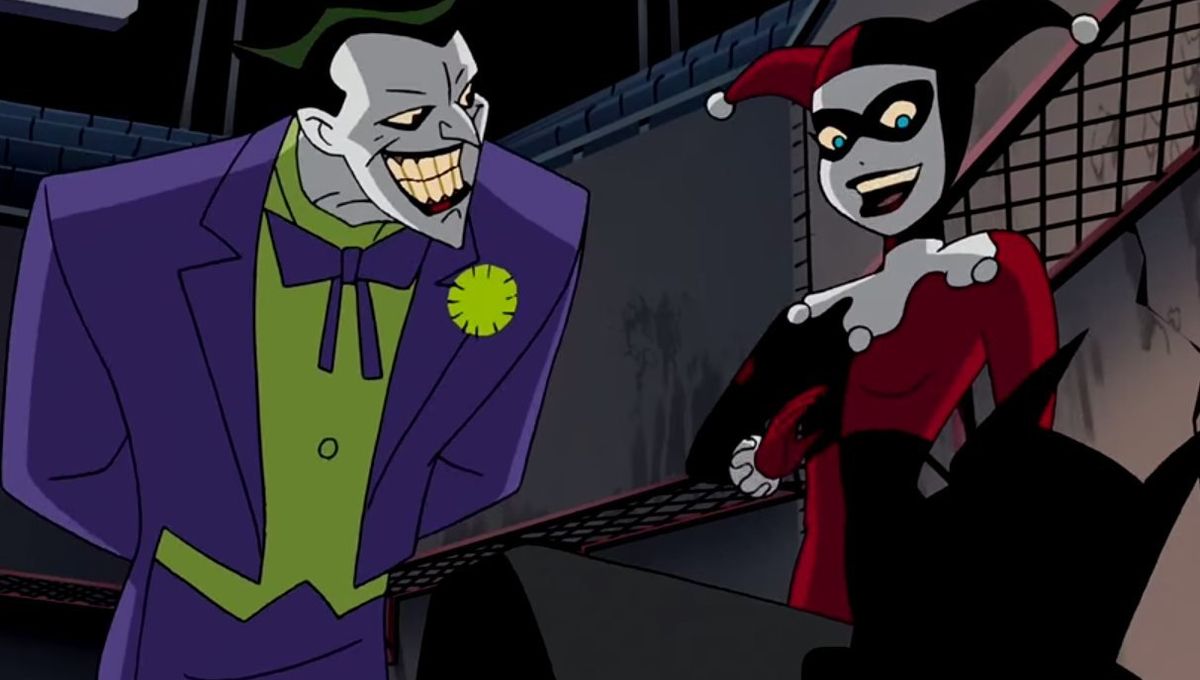 But the most interesting similarity between the two is when Harley made her first appearance in 1992 in Batman: The Animated Series, where she was a henchperson to the Joker, who abused and manipulated her into all sorts of evil schemes. Even though she was technically a villain, she was immensely likable and quickly became a fan-favorite character, including when she transitioned to the comic books proper. Just like Harlequin, Harley eventually became so popular that she cut ties with the Joker to become one of DC Comics’ biggest solo stars, transitioning into an anti-hero at the same time.

Now Harley has done the same thing in the movies, becoming the breakout star of the otherwise mediocre-at-best 2016 Suicide Squad movie, and becoming the lead of Birds of Prey, where you shouldn’t be surprised to learn she also emancipates herself from the Joker, and starts using her proclivity for mallet-based violence on much more despicable villains — it’s not quite a slapstick, but she’s still sticking it to the man.

The actors who originally played Harlequin would probably approve. They’d also likely want more improv, but that’s something modern cinema can probably do without.

Rob Bricken has been a professional nerd for 20 years, the editor of Gizmodo’s geeky pop culture site io9, and was the creator of the poorly named but fan-favorite news blog Topless Robot. When the zombie apocalypse comes, he’ll be among the first to die.