So many types of — *shiver* — wetness

Women’s fluids? Not so much.

While there are plenty of people who fetishize things like squirt and whatever the hell “wetness” is (we’ll get into that in a sec), the general sentiment about so called “female fluids” still seems to be that if they’re noticeable, they shouldn’t be there.

As vulva-havers, we’re told our pussies should be tight, squeaky clean, and according to the manufacturers of scented menstrual product and douches (which doctors tell us time and time again are bad for vaginas), they should either be odorless or smell like flowers. But the truth is that my pussy isn’t meant to look like the sterile, shiny marble of Kim and Kanye’s mansion/tomb. And it sure as hell isn’t supposed to smell like a daffodil, an ocean breeze or whatever dumbass Summer’s Eve scents are out there. It’s supposed to smell like pussy. And it’s supposed to act like pussy, too.

With all these unattainable standards, it’s no wonder why “female” fluids (bear in mind not everyone with a vulva identifies as female) like discharge, lubrication and period blood are so misunderstood. But because they’re really nothing to be scared of — and because they can be pretty enjoyable once you understand what you’re working with — I’d like to demystify some of our fluids for you…

Nothing makes me laugh harder than a guy reaching into my panties and saying, “Oh my god, you’re so wet,” when it’s actually just discharge. For the uninitiated, “discharge” is an umbrella term for any fluid that comes out of the vagina. It has several important jobs, including cleaning the vagina, keeping it moist and fighting infections. And here’s the thing about discharge: Vaginas have it all the time.

There are lots of factors that can change how much of it there is, what its consistency is like and when we have the most (or least) of it, though. Nina Carroll, a gynecologist at Your Doctors Online, explains, “Vaginal discharge can be sparse and may be brownish right after a period, then thickens and may become clear and stringy mid-cycle if a woman isn’t on hormones. After ovulation — under the influence of progesterone — it can be clumpier and white.” In general, though, normal discharge is clear or white, has a slight scent and changes in consistency throughout the month.

It’s healthy and normal to have discharge every day, and again, it’s also healthy and normal for its color, texture and smell to change throughout the month. Carroll says that one of the biggest misconceptions about discharge is that it changing throughout the month means there’s an infection. “Many women think they’re having an infection, and especially yeast just before their period when the vaginal discharge is very clumpy and may be more abundant,” she says. Because of the fluctuation of hormones throughout a person’s menstrual cycle naturally causes changes in discharge, it can be tricky to determine when something is actually wrong.

Among the most common infections when our vaginal pH is off is bacterial vaginosis. BV discharge can be runny, yellow or greenish, and make a pussy smell like gas station sushi that’s been left in the sun. (When I used to have an IUD, I had BV so often, it smelled like I was using roadkill for pantyliners.) Another common infection is yeast, which can be caused by our diet, stress, birth control and dumb shit like sitting too long in a wet bathing suit. It produces discharge that’s clumpy, looks like cottage cheese and doesn’t have much of a smell. Certain STIs can also affect how our discharge looks and smells, too, but, again, it’s common to have an STI that doesn’t show any physical symptoms.

All of which is to say that vaginas are sensitive beings, and these many factors (plus hormones, and once more, where a person is in their menstrual cycle) can affect their discharge. It’s a wild world out there.

When a person with a vulva gets “wet” from sexual arousal, it’s the person’s vagina and cervical cells producing a unique fluid under the influence of the hormone estrogen (this its own type category of vaginal discharge). It’s normally clear, thick and without significant odor, says Carroll.

Because of its relation to estrogen, its volume and consistency can also vary depending on where someone is on their menstrual cycle (are you sensing a theme, here?). Also, estrogen levels decrease with age, so how old a person is might also affect how wet they can get (though, individual results may vary).

Some people with vulvas can use their cervical fluid to predict when they’re fertile if they have a very regular menstrual cycle. When they ovulate, their cervix releases a specialized mucus that’s stretchy and clear like an egg white. This type of discharge serves as additional vaginal lubrication to help sperm reach the egg by creating sperm-friendly environment — cervical fluid has a pH of ~7, the exact same pH level as semen — so it can survive long enough in the vaginal canal that it can ultimately reach the egg.

On the other hand, if someone has an irregular cycle due to stress, aging or conditions like Polycystic Ovarian Syndrome, their cervical mucus isn’t likely to show up as predictably or be as accurate an indicator of fertility.

This one’s a bit controversial. Considering that a full map of the clitoris wasn’t developed/discovered until the 1980s, it should come as no surprise that research on squirt, aka “female ejaculate,” has been scant and poorly designed, according to Carroll.

“Some people think [it] is urine coming from the urethra; others believe it’s fluid from the paraurethral, also called Skene’s glands which are in the top of the vaginal wall in an area also known as the G-spot,” she says. Mainstream medical sources are few, though there are some well-written books on the topic, she tells me, and “Wikipedia probably has the best overview of the subject.” One ridiculously tiny study (with a sample size of seven) found that the majority of squirt is actually produced in the bladder — and that the fluid itself contains small amounts of PSA, an enzyme that’s also found in semen — but without larger, replicable studies to back it up, that finding still borders on myth.

Either way, if you sleep with someone who squirts, you can always ask to put down fluid-proof sheets like these — it makes cleanup easier if sleeping on a wet spot isn’t your thing (high five if it is; I don’t know your life).

Any menstruating human will tell you that period blood’s color and texture vary significantly (the theme here is pretty clear by now, huh?). Everything from bright red and runny to brown and clumpy, the color of menstrual blood relates to the timing of its production — and remember, it’s not the vagina bleeding, it’s a person’s uterine lining shedding. It’s also an entirely different “form” of blood than the kind that’s pulsing through your veins — the uterus filters normal circulatory blood into its own special concoction.

“At the start of a period, it may take a few days for the blood to come [from the uterus] through the cervix and vagina and [be] visible on pad, tampon or toilet paper,” says Carroll. “Brown blood is simply older; bright red is more recently produced. Toward the end of the period, it can be very dark and is simply older blood finally exiting through the vagina.”

Brown period blood may look like skid marks on a pair of panties, but don’t let it scare you. In addition to providing extra lubrication, period sex can feel wonderful to some vulva-havers and can even help alleviate cramps! Break out a dark-colored towel or — if you’re particularly squeamish — have your person wear a menstrual disc (a menstrual cup that doesn’t block the vaginal canal) so you don’t accidentally turn your bed into a deleted scene from CSI: New York.

Breast milk, in short, is pretty awesome. (“It’s really sweet-tasting and anyone who says they never tasted their own is lying,” says Aimee, 36, of Wyoming.) Besides tasting good, apparently, it ensures a baby gets adequate nutrition. “It adjusts to what your baby needs. If your baby is sick, it literally changes its chemical composition to give your baby what it needs to get better and boost their immunity. How cool is that?!” says Molly, a 31-year-old midwifing student from Utah.

But don’t shame people who don’t breastfeed — complications from breastfeeding are common and painful. A common misconception is milk comes out from a single hole in the nipple, but it actually comes from a collection of small holes, ducts, that can pool milk like little droplets at first. These ducts can often clog with hard deposits in the milk. “No one told me that ‘clogged ducts’ were a thing until it happened to me. One of the worst pains in my entire life,” says Syndi, 27, of Nashville.

Another misconception? Milk production stops the moment a baby is old enough to eat solid food. In fact, to the body, nipple stimulation of any kind tricks it into thinking a baby is nursing, which releases prolactin, a hormone that stimulates milk production. So if you give birth, nurse and are into nipple play, you may produce milk far beyond the timeline you imagined — which may be good news for the person’s partner. “There are just so many men with a breast milk kink,” says Aimee. “It was the strangest and most interesting thing I’ve ever dealt with.” 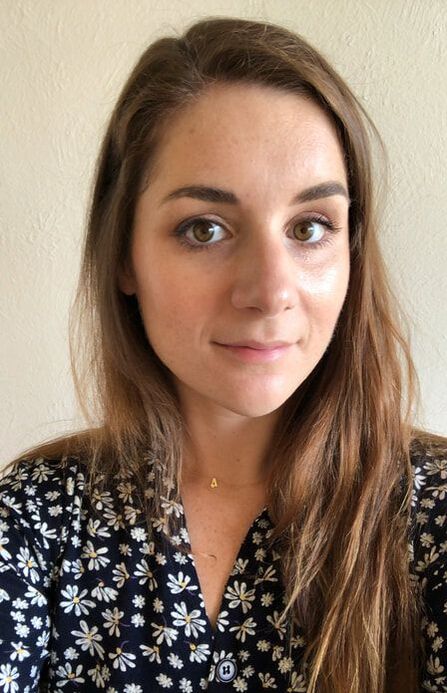