Competitive Eating Is Basically Getting Paid to Have an Eating Disorder

You thought eating 50 hot dogs in one sitting was just for sport?

This is the latest installment in the Body Issue, our weeklong examination of the male form, where men get real about what they look like, how they feel about it, and everything in between.

“This is about to be one insane challenge,” Erik Lamkin says before taking a bite into a glazed donut. “Let’s do this.” He’s a slight dude, with straw-blond hair, a ruddy complexion. and a sideways baseball cap. He looks a little bit like Dennis the Menace, if Dennis was just out of puberty and played bass in a ska band.

The music drops, and Lamkin starts gnawing on a colorful array of processed, high-fat, high-sugar foods: a Snickers bar, followed by a strawberry cheesecake chocolate bar, followed by cookie dough, a milk chocolate bar, Nutella and dozens of Oreos. He grabs some Pop-Tarts and smashes them together with cookie spread. “That’s health and fitness for you in 2018,” he says before taking a bite.

The clip, “The 100,000 Calorie Challenge,” is exactly what it sounds like: an hour-long video, filmed over 100 hours, of Lamkin consuming 100,000 calories. To most people, this would be an impossible feat: an average man needs to consume about 2,500 calories per day to maintain weight, and 100,000 calories over the course of a little more than four days is obviously far beyond that.

But for Lamkin, a professional competitive eater and hugely popular YouTuber who goes by ErikTheElectric, it’s all in a day’s work. He is one of a number of YouTubers who have built their platforms on binge-eating huge quantities of junk food, a genre that’s also known as mukbang (a Korean portmanteau for “eating” and “broadcast”).

While mukbang started out in South Korea as a way for vloggers to livestream eating large meals (some have attributed the trend in part to the vicarious thrill of watching people slurping and chewing while eating meals, as such noises are considered impolite in Korean society), the genre has since made its way to the U.S., where hugely popular vloggers like Lamkin, Furious Pete and competitive eater Matt Stonie regularly upload pre-recorded videos of themselves gorging on massive amounts of junk food.

These clips are often more grotesque than they are entertaining, and in some cases, they’re actively painful for to watch. In one video, for instance, Stonie consumes a 14-pound hamburger; in another (the accurately titled “large bags of chips: painful”), Stonie consumes four 8-ounce bags of Lay’s potato chips in 24 minutes, intermittently yelping from the pain as he does so. By the end, you can practically feel the grease from the chips dripping off the screen.

Painful or not, eating challenges score giant audiences (admittedly, not a huge surprise): In fact, Lamkin’s 100,000 calorie challenge alone has 4.5 million views. Dr. Steven Crawford, the co-director of the Center for Eating Disorders at Sheppard Pratt, attributes the popularity of such challenges to our society’s obsession with food restriction and dieting. “There’s a fascination with the process of watching people indulge in consuming large quantities of food that are typically considered indulgent foods,” he explains. That’s especially true if the people we’re watching appear to not gain weight, as is the case with competitive eaters like Stonie, Lamkin and multi-time Nathan’s Hot Dog champion Joey Chestnut, whose slim physique and off-duty fitness routine has been subject to many a wide-eyed profile.

That said, there’s a great deal of internet speculation as to how Lamkin and other popular YouTubers maintain their weight despite regularly consuming massive amounts of cookies, candy and fast food. Rumors abound on online forums like Reddit that some mukbangers and competitive eaters maintain their weight by purging after competitions, and many former competitive eaters say such practices are common. In fact, some have openly spoken out about this practice. “It’s like controlled bulimia,” Patrick “Deep Dish” Bertoletti, a former professional competitive eater, told the AV Club in 2014. “It’s bulimia where you get paid for it. It’s me trading on an eating disorder for money.”

For his part, Lamkin credits his ability to stay slim with eating lots of fruits and vegetables and working out seven days a week. “Competitive eating is not healthy, but you can still maintain a healthy lifestyle while you’re doing it,” he told Men’s Health in 2018. (Lamkin declined to speak with me for this piece, a testament to how taboo the topic is within the community. “I just don’t foresee this being interpreted very well within the community of individuals that currently compete/have competed that I’m still friends with,” he explains.)

To complicate matters even further, Lamkin is an eating disorder survivor, a fact that he has been open about on his channel. At his lowest weight, he was 5-foot-9, 118 pounds, which led to him being hospitalized when he was 17. He has credited entering the competitive eating world with aiding in his recovery. “Doing those contests has taught me I can turn [the eating impulse] on and off,” he told Men’s Health. “When I was in recovery, I was so afraid of food. I’d think, ‘Oh no, I’ll eat so much that I’ll get fat.’ I don’t feel that way at all anymore.”

On the competitive eating circuit, which is governed by Major League Eating, the group behind events like Nathan’s Hot Dog Contest and the National Buffalo Wing Eating Championship, vomiting during a competition is grounds for disqualification. But that’s not the case after a competition, and it’s certainly not relevant for independent mukbangers and competitive eaters on YouTube, who are constantly competing with each other to see who can get the most views by eating the most ludicrous amount of food.

Crawford says that he’s also heard of competitive eaters purging after competitions, a practice that, if practiced long-term, increases the risk of dehydration, intestinal issues and cardiac and respiratory arrest, which can result in death. “My understanding is that within the community, there’s a reluctance to discuss the disordered-eating patterns that people practice, because of concern that it would reflect poorly on the sport,” Crawford says.

It’s also not unheard of for people to abuse laxatives, particularly after an extremely difficult challenge. “Sometimes after competitions where I’d have to eat eight or more pounds, I’d drink a bottle of Citroma [liquid magnesium], and a few hours after, there’d be nothing inside of me,” Ed “Cookie” Jarvis, a former professional competitive eater who left the sport in 2008, tells me. Jarvis insists he didn’t do it to lose weight: “It just makes you feel better, obviously.” But according to Crawford, abusing laxatives can nonetheless result in a host of health complications, including an increased risk of colon cancer or a “cathartic colon,” a condition that could require someone to have a colostomy.

Part of the reason why competitive eaters are reluctant to talk about the prevalence of purging or abusing laxatives is because doing so would somehow invalidate them or make them seem less professional (it being their own version of a performance-enhancing drug). This is especially true for YouTubers, who, unlike Major League Eating-sanctioned competitive eaters, are largely not doing challenges live, are not subject to regulation and can edit their videos however they please. (It also doesn’t help that most of them are male, a demographic that’s much less likely to receive treatment for eating disorders.) “There’s a big pressure for people to try to get views on their YouTube channels and other things,” Santel says. “They’re trying to compete and be more consistent with more content. That’s driving them to do things to keep their weight down while getting their videos out.”

But there’s also a reluctance within the competitive eating community (both on and offline) to view competitive eating as a form of culturally sanctioned disordered eating in the first place — even though Crawford says that’s essentially what it is. “The sport is training for and practicing eating disorder behavior,” Crawford explains. “The individual is training to ignore hunger and satiety cues and to consume tremendous amounts of food in a brief period of time — basically, engage in binge-eating behaviors.”

To complicate matters, the people who are binge-eating on a regular basis are expected to appear in public slim and fit — particularly if they’re on the professional competitive eating circuit. “When I was getting toward the end of my career, [Major League Eating] had mentioned they wanted thinner guys in the competitions,” Jarvis, 52, says, adding that he’d been told to sit out a few competitions. “They were looking for a healthier group of guys. They mentioned it a few times. And if you notice now, all the guys are pretty fit.” (Major League Eating didn’t return requests for comment.)

It’s undeniably true, though, that much of the public’s fascination with competitive eaters is how they seemingly manage to consume so much food without gaining an ounce, with YouTube videos like “The Reason Why Competitive Eaters Don’t Gain Weight” racking up hundreds of thousands of views. That’s especially true for people who are dieting or restricting their own food intake, and want to live vicariously through the slim yet voracious eaters they see on their screens. In fact, some have argued that people who themselves struggle with eating disorders account for a large portion of the audience for these videos. “If people are restrictive of certain types of food, then watching someone eat those types of foods can be a sort of fascination,” says Crawford.

But again, for his part, Lamkin believes that competitive eating helped him overcome the feelings of trauma he associated with food. The first time he competed, he says, “I thought I would feel all this guilt and all these voices hitting me, but instead I thought, ‘Wow. I’m perfectly okay in this very moment. I might gain a little weight from this meal, but I had the time of my life,’” he told Men’s Health last year. “[I’d] always thought of food as negative, but there was nothing but positivity there.”

If anything, he believes that it’s more than possible to maintain a healthy lifestyle while engaging in competitive eating. He regularly uploads photos of his healthy meals during off-days to his Instagram and workout videos to YouTube, and he has even posted extreme eating challenges featuring healthy foods like fruits and vegetables (though he says they are far less popular than his junk food eating challenges).

Crawford, however, is skeptical. “The process of binge eating isn’t a healthy one,” he says. “It’s like saying you only smoke a couple packs of cigarettes once a week. It’s still not a healthy thing to do.” 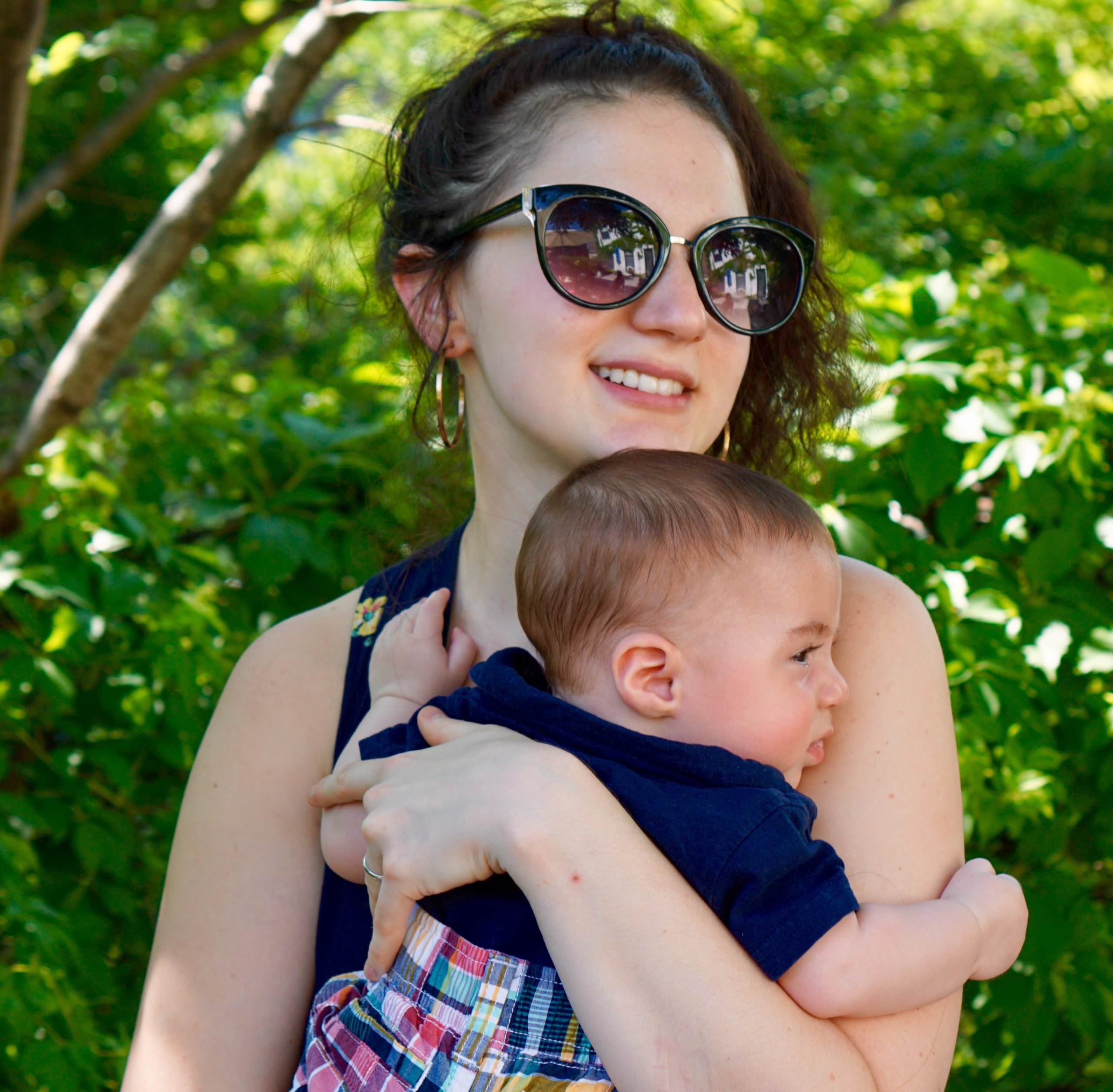 E.J. Dickson is a writer and editor in Brooklyn. She has been published in the New York Times, Rolling Stone and Elle, among others.