Thank Cardi B for Bringing Armpit-Licking Into the Mainstream

It's time for this misunderstood fetish to emerge from the shadows

A few nights ago, my girlfriend, Maddie, wanted to show me a tweet. I expected it to be funny, or horrifying, or inexplicable — all typical qualities of a post one feels compelled to share — but certainly not the vindication of a principle that has shaped my self-image for more than 15 years.

It was a comment from Cardi B, and if I thought I loved her before seeing it, then my adoration afterward beggars any description. Along with the immediately prior tweet, it marked a beautiful escalation. 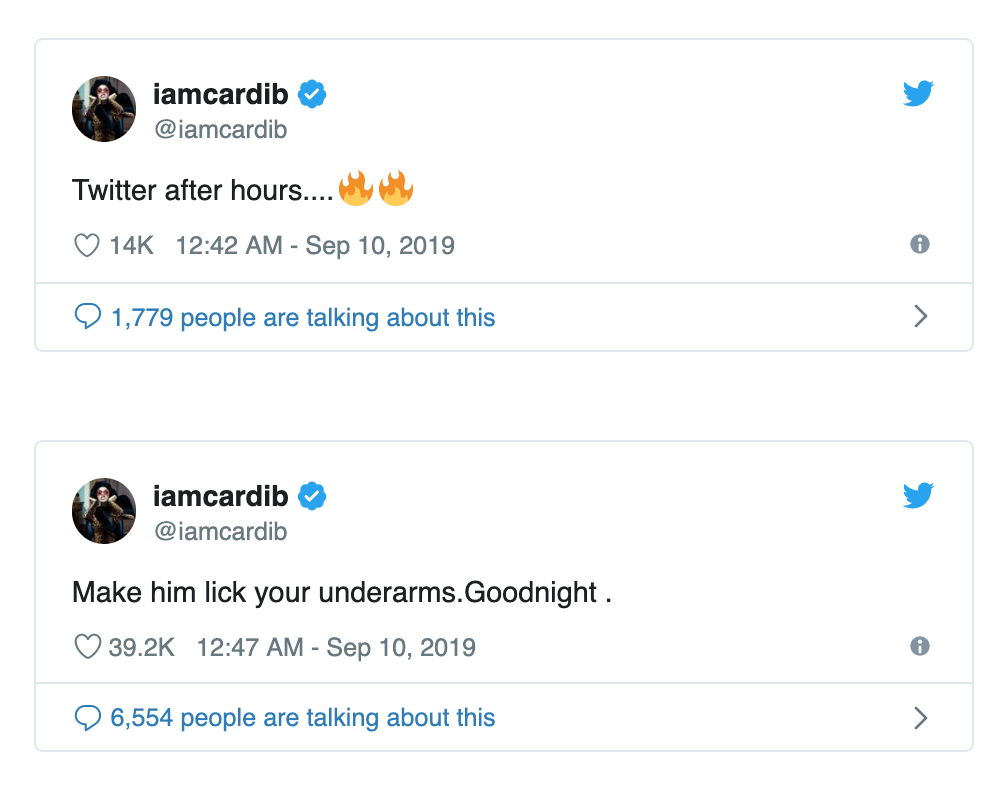 That’s right. Queen Cardi B gave her royal blessing to the sexual act of licking an armpit. And as far as I’m concerned, we need never go back to a world where pit stuff is taboo or unexpected.

A little background, if you’ll permit a horny stroll down lust-memory lane: As a freshman in college, I had the requisite crush on a far, far cooler senior girl. She was (and is!) a very talented studio artist, drawn to explorations of the body that in those days could be quite brazen. I remember an installation of repeated plaster casts of her vagina that covered a wall of gallery space. She joked to the school paper that one night the entire hockey team had shown up at the exhibit — to check her out, as it were. I liked the piece, obviously, but it is markedly less clear in my remembrance than the artist’s armpits, bristling with light-brown hair. Until meeting her, I hadn’t noticed whether women shaved this area or not. But suddenly I knew my preference.

Over time, I grew bolder in admitting my thing for women’s furry pits, which excite some of the same animal energies as period sex and a good smothering from a partner sitting on your face. Although it turns out I’m not alone in this turn-on — the technical term is “maschalagnia” — apart from Cardi, there’s a dearth of influencers open about it. At Cosmopolitan in 2017, sex and relationships writer Carina Hsieh interviewed an (anonymous) trio of armpit enthusiasts; Reddit’s r/Maschalagnia counts a modest 365 members; last year, Vice profiled a few men drawn to women’s underarms, most of them usually hesitant to mention this to a partner, lest they be weirded out by the attraction. The same piece noted that armpit love has a long and artsy history, wondering when it would have its contemporary “mainstream moment.” As Cardi’s tweet revealed, we are now at a curious juncture where eating ass is normalized, yet pit-licking isn’t. 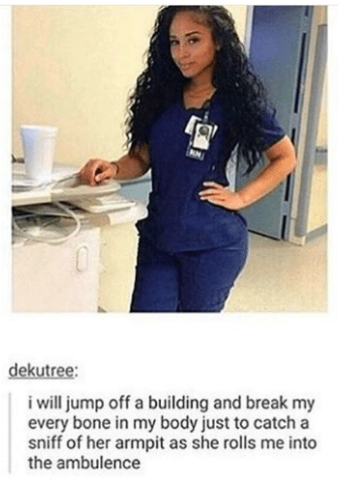 Huffing those pits — including your own — may offer a natural, non-sexual stimulation as well. The English physician and sex researcher Havelock Ellis pointed to an example from a French predecessor, Charles Féré. From his living quarters, Féré observed an old woman working near the window of a laundry across the street who would, “toward the close of the day, introduce her right hand under the sleeve of the other to the armpit and then hold it to her nose; this she would do about every five minutes.” Probing further, Féré learned that the practice was “by no means uncommon” in workrooms, regardless of the laborer’s gender, as a means of staying energized. Perhaps, in addition to the the stir of arousal, I get a raw chemical high from armpits.

I confess I’m a bit torn as to whether I actually want America to embrace the armpit fetish. On the one hand, anyone ignoring this fun little concavity, with its curious textures and mingled perfume of sweat and soap, is missing out. On the other, I enjoy thinking of pit play as a cute idiosyncrasy in my own romantic life. (For her part, Maddie really likes to squeeze the fleshy skin where my upper arm meets my chest, which she calls “the Dumpling.”) Then again, if Cardi is endorsing it for the 7 million people following her on Twitter, I suppose it’s time everyone boarded the Armpit Express.

If you’re looking for an intro to the scene, I can recommend this smutty story titled “Up Roxanne’s Sleeve.” The narrator seduces a middle-aged librarian, having been entranced by the “tiny wisp of hair nestled in the warm, moist hollow of her fleshy armpit.”

Three words of warning, however, for the intrepid pit-diver: freshly applied deodorant. Stay away.