Does Every Cereal Mascot Have a Matching Astrological Sign? Heck Yes!

Count Chocula is so obviously a Scorpio, c’mon

I’m never quite sure which dumb idea of mine is going to get the “go-ahead” to write. For example, when I suggested spending a week wiping my ass with a 90-year-old Sears catalog, I didn’t expect anyone to approve this, but they did, and so I spent seven days scraping my ass with brittle newsprint. Same goes for when I idly wondered what astrological signs the various cereal mascots would be: I didn’t really think the idea through, I was just scrambling for pitches while scarfing down a big bowl of Peanut Butter Cap’n Crunch.

Needless to say, this idea was also approved, but while I know a shit-ton about cereal mascots, I know jack-shit about astrology. So, I turned to MEL’s in-house astrologer — art director ErinTaj — to help me figure out what’s what.

Let’s get started on another very dumb idea that I put way too much effort into!

To kick things off, Taj — a Leo — explains that she’s going to piss off her fellow Leos by making Tony the Tiger something other than the sign represented by a big cat. Instead, she insists that Tony the Tiger is the Aries of the cereal astrology family. Since he’s very athletic and self-motivated, Taj insists, “This dude is absolutely an Aries. He doesn’t care about other cereals or what they provide, his cereal is about motivating that ass, which is what Aries’ do by nature, even when they aren’t trying.”

“A Taurus is about sensuality — they’re all about things that feel good, smell good and taste good,” Taj explains. This is why Sonny, the Cocoa Puffs bird who’s always seeking the pleasures of delicious Cocoa Puffs, is almost certainly a Taurus. Taj adds that a Taurus is also very passionate once they’re aroused, even to the point of obsession — in other words, they go quite “cuckoo” for whatever their personal Cocoa Puffs are.

According to Kellogg promotional materials, “Snap is the oldest and is known as a problem solver, Crackle is an unsure ‘middle child’ and known as a jokester and Pop is a mischievous youngster and the center of attention.” Using this, Taj says, “They represent all the three major personality traits of a Gemini. Geminis are very practical, like Snap. They’re also prone to joke about stuff, like Crackle, and they love to be the center of attention, just like Pop.”

There was, however, a fourth Kellogg elf for a time. His name was “Pow,” and he was an astronaut elf, which the company used to promote the nutritious power of their rice cereal. Unlike the others, Pow was unspeaking and appeared rather reserved, both of which are very un-Gemini-like qualities, which might explain why he’s not around anymore — he simply didn’t fit in.

Since 2009, Chef Wendell has been semi-retired as a mascot, yet General Mills still recognizes him as being “behind the scenes” in the Cinnamon Toast Crunch bakery. Chef Wendell is a good deal mellower than his cohorts, being simply a kind old baker. This is why Taj says he’s a Cancer: “Cancers like to lay low, which works well for a mellow, semi-retired mascot. Cancers are also very nurturing, which can be associated with cooking and baking. They also have a very sweet energy, they’re not in-your-face.”

Wendell’s kindly nature would also surely mean that he’s incapable of some of the stuff said about him online. See, Wendell used to be accompanied by two other bakers, both of whom disappeared in the early 1990s. Some fans have jokingly suggested that Wendell murdered them, perhaps even by “drowning them in the cinnamon swirl river,” but Taj says a Cancer would be much too mellow and friendly to do something so sinister.

Yes, that Honey Nut Cheerios bee has a name, and it’s “Buzz,” which he gained in 1999 thanks to a campaign where kids got to write in name suggestions to General Mills. Buzz is very heroic, having faced off against foes like Godzilla, Ebeneezer Scrooge and the Big Bad Wolf (no, I’m not on bath salts, check the video above). This lines up perfectly with him being a Leo, as Taj explains, “the whole archetype of being a hero is Leo.” Also, Buzz is always talking about being “heart healthy,” which is true of health-conscious Leos as well, who Taj says are “ruled by their hearts.”

“Virgos are distinguished and smart,” Taj explains to me, which lines up pretty perfectly with Toucan Sam, who seems to be an intellectual cut above his cereal mascot brethren. He’s also British, which, to Americans like me, automatically makes him distinguished. Most importantly, Taj says, “Toucan Sam’s whole thing is ‘follow your nose,’ and Virgos are very nosey. Really, nothing says Virgo like a nosey, posh smart-ass.”

The only thing that doesn’t quite line up for Toucan Sam is that he might not actually be British. In his earliest commercials, Toucan spoke with an American accent, which suggests that his current accent might be phony, or that there are two Toucan Sams. Frankly, both of these possibilities make my head hurt, so I’m just going to ignore Toucan Sam’s American origins (just as Kellogg’s has).

The Honey Smacks frog has always been a cool, hip little character, which is why he’s the Libra of this bunch. “Libras are about beauty, grace and style,” says Taj. “They’re about being slick. Think about Snoop Dogg, he’s a Libra. Snoop Dogg is a lot like that frog.”

Count Chocula used to be a year-round cereal, but starting in 2010, he began being limited to just the Halloween season, much like the other monster cereals. Because of the mascot’s reclusive nature — and the fact that he’s a vampire — Taj says he has to be a Scorpio, which is the sign that Halloween falls under. “People associate Scorpios with a level of mystery — they’re a sign that holds their cards close to their chest. They also don’t have a lot of friends, and Count Chocula’s friends are Boo Berry and Frankenberry. They’ve been his friends his whole life and he doesn’t trust anyone else and doesn’t want to be on the shelves for that long.”

For my own personal astrological sign, Taj says, “This one’s all about magic and luck. Sagittarius is ruled by the planet Jupiter, which is the planet of luck. Lucky’s also always chasing rainbows, which aligns with Sagittarius because the grass is always greener for a Sagittarius — they’re very much about the journey.” Personally, I’ve never been one to believe in luck, but then again, General Mills did just announce that they’re finally releasing pouches of just the Lucky Charms marshmallows without all those annoying oat pieces in there, fulfilling a lifelong dream of mine, so maybe I should reconsider? 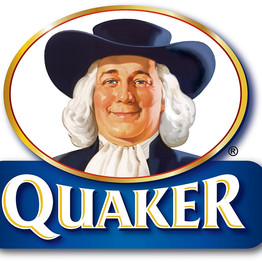 The Quaker Oats dude has a name too, and it’s “Larry,” although that name isn’t really official, as it’s more of an inside joke at Quaker. For this guy, Taj says he’s the Capricorn of the bunch because “Capricorns have resting bitch face, so that works for a mascot that so many people see as creepy. Stoic is a really great way to describe a Capricorn as well. Capricorn is ruled by Saturn, and Saturn is the grandfather energy. There’s also a no-nonsense practicality to Capricorns, which are all about restriction and discipline.” All of this, to me, exactly describes the unchanging face of the Quaker Oats dude. Or, as Taj sums it up, “It’s fucking oats, man. That’s what you need to survive. You don’t need all that sugary shit.”

While I originally figured the sea captain of the cereal family would be a water sign, Taj explains that Cap’n Crunch would have to be Aquarius, which is an air sign. “Aquarius is the water bearer — the sign is a guy holding a jar of water and dumping it out — and that image meshes really well with a sea captain because he has a level of authority and he’s always looking ahead. An Aquarius is very visionary, which is what a captain has to be, and they’re always about moving forward and looking ahead to big ideas,” Taj tells me. Being the mascot of big ideas might also explain why Cap’n Crunch is by far the most prolific of this lot, with a wider variety of cereals under his belt than any of the rest.

The Trix Rabbit has definite problems with impulse control. He’s not supposed to have Trix, and he knows it, yet he can never quite hold himself back from going after them, even to his own detriment. This is why Taj says he’s the Pisces of cereal town: “Pisces is the 12th house of the astrological chart, which is the house of self-undoing. This works for a tragic rabbit who never gets what he wants to the point where he’s self-destructive.”

However, I’d argue that maybe the Trix Rabbit wouldn’t be so self-sabotaging if those fucking kids shared with him on occasion. Of course, eating Trix is basically like eating a bowl full of sugar — as is the case with most of the cereals here — so if the rabbit actually got Trix, he’d still be self-destructive. Any way you slice it, the Trix Rabbit is definitely a Pisces (and those kids are definitely assholes).