The scientist-turned-author brings terrifying precision to an ambiguous craft

If you’re in the center of the Venn diagram of “Being Online” and “Being Literary,” you’re already aware of Brandon Taylor. But his Twitter presence — a mix of live-tweeting his TV choices, hot takes on literary techniques like the use of first person and occasional forays into issues of the day — is merely the tip of an iceberg.

I first met Taylor IRL at the Lambda Literary Emerging LGBTQ Writers Workshop in L.A., where we bonded over our shared imminent moves: I was leaving New York City for Nebraska to begin graduate school, and he was leaving one graduate program in Wisconsin for another, in creative writing, at the Iowa Writers’ Workshop. It was clear to me — and to many of us that summer at Lambda, I suspect — that Taylor was (and is) the real deal, and I was overjoyed, if not surprised, when Riverhead Books, an imprint of Penguin, signed him for a two-book deal.

Real Life, Taylor’s debut, is a beautiful, painful novel that unfolds over the course of a weekend in the life of Wallace, a gay Black graduate student in the biochemistry department of a Midwestern university. While Wallace telescopes back into memories — some triggered naturally, others pressured out of him — a central event for the book’s present timeline is a turn in his tense friendship with Miller, a white, straight guy who finds himself confusingly but undeniably attracted to Wallace.

I recently talked to Taylor about this tension of identity and action, questions of ownership, and of course, cocks.

At the start of the novel, Miller and Wallace are two people who “ought to be close but who are not because of some early, critical miscalculation.” This changes when Wallace extends to Miller a tender gesture, helping him clean out his eye in the bathroom. Why does this change things for them, after all the tension that’s come before? Why is this their breaking/knitting point?
It changes things for them because it’s a moment where they’re both stepping out of the context of their prior relationship. It’s a moment of vulnerability on Miller’s part, and Wallace has the opportunity to choose between meeting that moment with compassion or continuing the game they’ve been playing up until that point. It’s a chance to redo things and to present to each other a version of themselves they haven’t yet shown one another.

I think a lot about the moments in relationships when you have a choice between acting in a way that’s consistent versus a way that’s inconsistent, and the ways we often choose consistency over meeting one another in a more complicated, human way, face-to-face. So it’s a moment where they both have to decide if they’ll put aside all the barbs and banter and step into something that they both sense beneath the surface.

Miller insists that he’s not “gay, or whatever.” Later, Wallace says, “Straight boys … always want what they want until they don’t.” Wallace takes Miller’s word for it that he’s straight, despite the sexual — and otherwise — relationship blooming between them. What about that dynamic — of labeling, of self-identifying or not — were you thinking about when writing these characters?
When I was a younger, I had a lot of encounters with men who identified as straight but were interested in me sexually, if not romantically. I’d always get so frustrated with that. Just say you’re into guys! I was so desperate for someone to confirm something about my identity to myself — that I was gay, worthy of being wanted by other men, etc. There was a time in my life when ambiguity felt like a dodge or a defensive posture against really owning up to queerness — a really limited idea of queerness I had at the time.

But as I’ve gotten a little older, my conception of queerness is much more fluid. I’m much less invested in my own take on someone else’s identification. I think that young queer people go through an intense labeling phase, when the ability to name things feels like power and certainty. But then you turn 25, and suddenly, labels are a lot less interesting. They’re a lot less powerful in some ways. And it seems a lot less contradictory that a man can identify as straight and want to sleep with men.

With this novel, I was just trying to tell some of the truth about the way identification works out in the real world. People’s labels sometimes seem to contradict, but the contradiction isn’t their problem. It only reveals a glitch in the observer’s conception of how that person operates in the world. I’m interested in these seeming glitches, in the way people elide our systems of signifying.

And frankly, I’ve slept with a lot of straight men. It’s just a fact of life. I’m just less interested in telling people what they can and cannot be.

A dynamic that’s fascinating to me about Miller and Wallace’s early interactions is the power shifts between them, sometimes subtle as a creaking stair and sometimes rupturing like a broken glass. And it seems as if Wallace, by “exercising agency” with Miller, feels safe with him, capable of using and expressing his own power. Or is it not safety, but something else?
I don’t know if safety is something Wallace ever really feels. He’s a very wary person. He suspects everything and everyone, especially himself. The sexual part of their relationship is something that he feels a lot of trepidation over. It’s something he enjoys, but also that enjoyment makes Wallace feel like he’s betraying himself and his history of trauma. He feels sometimes that when he experiences pleasure, he’s saying something about the validity of the sexual trauma he suffered as a younger person. So he’s always weighing things against each other, deciphering.

In terms of his dynamic with Miller, Wallace does sometimes behave in ways that are shitty, as a way of exercising his agency. And he does that in part, you’re right, for a sense of security. He feels that by leaving Miller or being nonchalant, he can guard against whatever inevitable disappointment or pain he will feel when Miller hurts him or changes his mind. So he’s always trying to prove to Miller how independent he is, how much he doesn’t need Miller. To Wallace, Miller represents the most dangerous kind of person — someone he is attracted to.

There’s a moment where Wallace is frustrated while trying to comfort a friend who’s having relationship issues. He “swallows down what he’s trying to say: that a person doesn’t belong to you just because you’re in a relationship, just because you love them. That people are people and they belong only to themselves, or so they should.”

This seems to be a central idea that hovers throughout the book, but also in the relationship between Wallace and Miller. Why do you think so many human beings can’t understand this concept or accept it?
For many people — myself included — love only feels like love if it’s exclusive, forbidding and possessive. Sometimes we only feel valued if someone stakes a claim on us — if they get upset when we’re not near. We want to feel like we matter, and often the only way we can scan that value is in these negative, bold, loud declarations of a claim, a hold, etc.

For a lot of people, love is a series of fences that you can’t escape. Because at the bottom, we don’t value ourselves enough to know that love isn’t possessive or forbidding. Love isn’t about claiming someone. And you could argue that comes from a lot of different places — capitalism, patriarchy, white supremacy, etc.

In this novel, I wanted to write about a person struggling both with this kind of toxic, insecure framework of wanting to be desired and also his deeper knowledge that he doesn’t want to be hemmed in or owned. He wants to be loved and to be free, and what I hope is that the novel depicts a person coming to an understanding of how those two things coincide — love and freedom.

At the end of the book, Wallace and Miller aren’t where they started. Much has changed between them. But certain things are the same — how they antagonize one another, for instance, or how one of them has various forms of power the other lacks and the willingness and ability to use that power despite regretting it. Do you have a sense of where they go from here? And do you, as an author, concern yourself with your characters’ lives beyond the bounds of the book?
I know that there are some writers who say that when a story is over, it’s over and they stop knowing what’s happening in their characters’ lives. I don’t think I’m that kind of writer. Whenever I write short stories, for example, I’m always working in linkages, constellations of stories in which characters recur because I have a hard time letting go. I certainly have some sense of where Wallace and the other characters end up, but I like leaving readers’ with some room to imagine for themselves. So I’ll be irritatingly coy here. Maybe we’ll see them again.

There’s only one sex scene in the novel where a penis is directly referenced, and you use the word “cock” there. This being MEL, what is your linguistic preference for “cock” as opposed to “dick,” or any of the other myriad words that refer to the erect penis?
There’s a whole discourse about “cock” versus “dick.” It certainly seems split along race and class lines, with “cock” being more white and more bourgeois, and “dick” being more common among working-class people and, in my case, the Black community. I used “cock” because most of the fiction I read is quite literary and set in bourgeois milieu. The word “dick” just doesn’t feel as literary to me, and there’s certainly an available reading of that distinction that has to do with my education and how that education has, in some ways, overwritten the class into which I was born and raised.

I mean, in my family — a poor, Black family from rural Alabama — nobody said “cock.” That just wasn’t a word anyone ever used. They said “dick.” By the time I got old enough to have my own sexual vocabulary, I was already so influenced by the literature I was reading — gay sex stories on the internet that I’d found, for example, usually about skinny white boys being ravaged by large white men in the suburbs of various American cities — that “cock” was the word I came to use.

I don’t think about it too much until my other Black queer friends make fun of me for saying “cock” instead of “dick.” 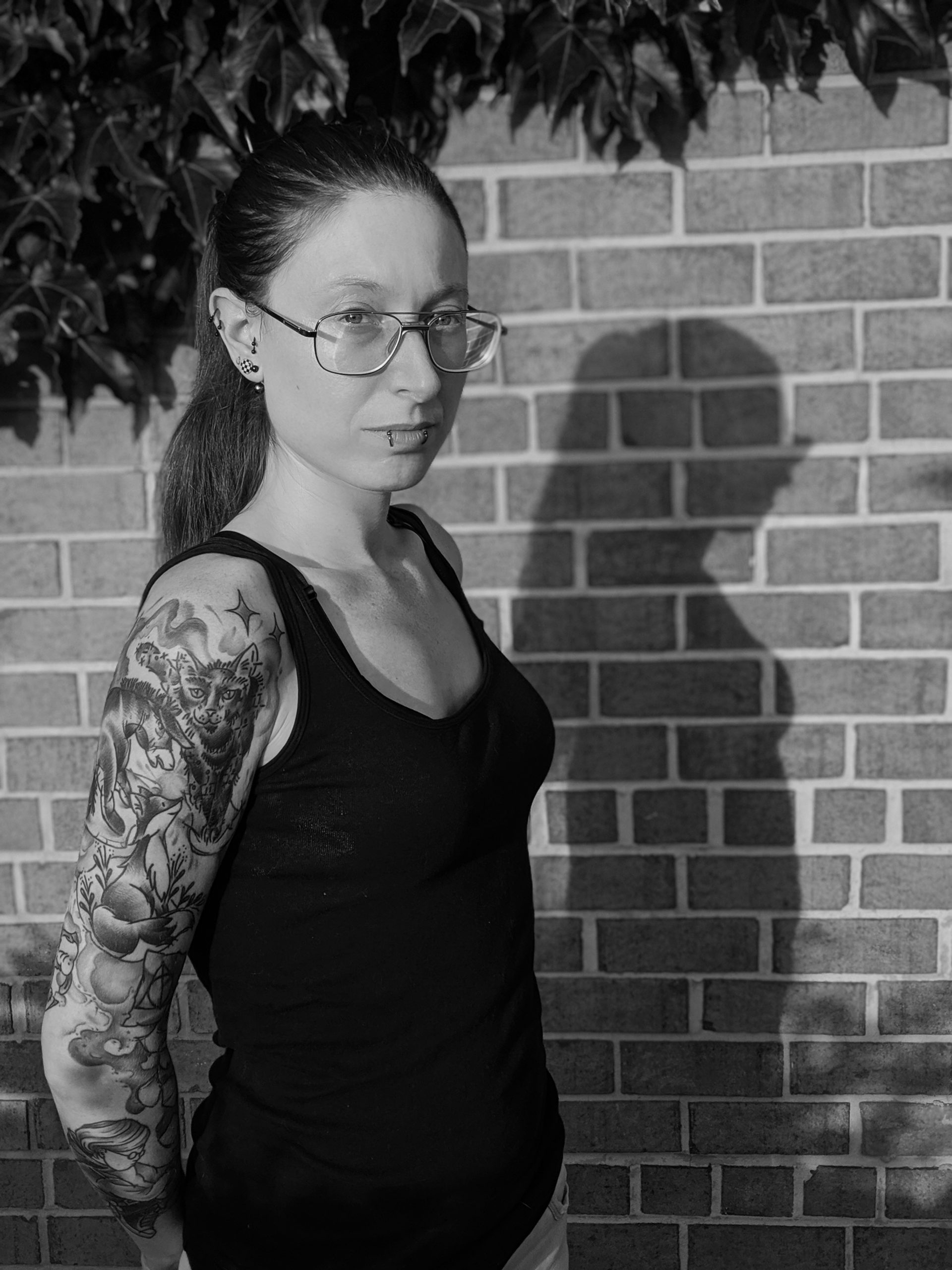 Ilana Masad is a queer Israeli-American writer of fiction, nonfiction and criticism. Her work has appeared in The New Yorker, New York Times, and Washington Post, among many others. She is the founder and host of The Other Stories, an interview podcast featuring fiction writers. Her debut novel, All My Mother’s Lovers, comes out May.