In the pandemic age, a fight about e-books tests the limits of free information

The word itself is enough to conjure a resonant image: scars and missing teeth, cutlasses and talking parrots, the romance and the terror of black sails. That just makes it all the funnier that right now, a whole heap of digital pirating operations are likely run by scrawny dudes in underwear sitting in front of expensive gaming computers in a basement somewhere, laughing their way to the identity fraud bank.

The book world, however, doesn’t find online piracy funny at all. Publishers, book business organizations and some authors see book piracy — i.e., the practice of downloading and distributing books under copyright for free online — as an existential threat. And after the Internet Archive, the digital library founded in 1996 by Brewster Kahle, debuted its National Emergency Library in late March in an effort to get some of its vast digital collection — much, if not all, of which is out-of-print — into the hands of “the nation’s displaced learners” sheltering in place as the COVID-19 pandemic swept through the country, plenty of the book biz united in predictable outrage.

The Authors Guild was “appalled.” The Association of American Publishers was “stunned by the Internet Archive’s aggressive, unlawful and opportunistic attack on the rights of authors and publishers in the midst of the novel coronavirus pandemic.” Authors on Twitter decried pieces at reputable news outlets, from the New Yorker to NPR to Wired, that praised the initiative. The act of distributing potentially infinite e-books for free to any who can discover them may seem like a Robin Hood act on its face, but to those who make a living through selling books, it’s anything but.

If the backlash was predictable, so too was the backlash to the backlash. Whereas some saw this act as fundamentally detrimental to publishers and booksellers and their livelihoods, others saw it as a boon to readers having a harder time accessing new books as Amazon deprioritizes book sales in favor of goods it deems essential and bookstores and libraries across the country keep their doors closed. In fact, prolific users of the internet have long favored the Internet Archive and what it does — just as long as the publishing industry has decried it.

The million dollar question here is whether the work of the Internet Archive, and its actions, amount to book piracy. If you ask publishers and publishing trade organizations, the answer is unequivocally “yes.” If you ask internet and information freedom advocates, the answer is, “hell no.”

So which is it? And what are regular readers supposed to make of all this?

The answer, of course, is complicated, because it involves copyright, and copyright is complicated. But here’s the short version: Libraries hoping to lend books in the U.S. have to either have them donated or purchase them from publishers. (Those purchases, when made by public libraries and public school libraries, are made with taxpayer dollars.) Once they purchase a print book, they own it, as does anyone who purchases anything in a capitalist society. E-books, however, need to be acquired directly from the publishers.

But publishers don’t sell e-books to libraries. They sell e-book licenses. Terms of those sales vary from publisher to publisher, but typically, each e-book license is limited to a period of two years or 52 individual lends of each licensed e-book, whichever comes first. The typical cost is usually three to five times the cost of a consumer e-book. The idea, on the publishers’ end, is to account for the loss of sales of either print or e-books. Physical books, after all, degrade with use, and the most popular books need to be replaced now and then, while digital content, for all intents and purposes, lasts forever.

Libraries, though, can’t build a digital collection of e-books that expire. Which means that, to keep a certain e-book in their collection, they’d need to renew these expensive licenses on a regular basis, which makes no financial sense if they aren’t in demand. And if libraries can’t license a book for some reason, like it being out-of-print, they can’t offer or make use of it.

Which is all part of why the Internet Archive, a nonprofit, doesn’t abide by publishers’ rules. Instead of lending e-books, it lends scanned PDFs of print books it owns, which it acquires either through purchasing or donation, like any other library. Those books are inherently of a lesser quality than the e-books licensed by typical libraries — they’re not e-books, which are flowable documents custom-tailored to reading on digital devices, but scanned pictures of print books, which are much less easy to read even on a tablet, let alone a smartphone.

This practice is called “controlled digital lending” (CDL), or “one-to-one own-to-loan.” Under CDL, a library can’t lend the scanned book and the print book at the same time, hence the “one-to-one.” It’s all about the ratio: If someone checks out the scan, the print book is taken out of circulation, and if someone takes out the print book, the scan isn’t available. CDL is intended to enable people in the digital age to look at a print book remotely while still not loaning out more copies of a book than a library possesses.

The Internet Archive and other proponents of CDL defend it by arguing that loaning singular copies of a book it already owns, and doing so for a limited period of time, is legal based on their interpretations of U.S. copyright law. The fair use principles and copyright exhaustion principles are often cited in these defenses. (Both of them are very complicated, and not worth getting into here.)

The publishers disagree with this interpretation fundamentally, arguing that CDL involves copying, not just lending — in other words, that regardless of whether the book is being loaned on a one-to-one basis, the scanned book being loaned is an illegal reproduction. Any unlicensed use, in publishers’ view, is an unauthorized one. So when the Internet Archive declared that the National Emergency Library would not be operating on the principles of CDL during the crisis, loaning more copies of PDFs of the books within it than the Internet Archive actually owned, all hell broke loose. This was the publishers’ worst copyright nightmare come to life. They already thought of the Internet Archive as pirates. Now, Brewster Kahle might as well be Blackbeard.

The thing is, authors are mixed on this whole deal. Many of them are infuriated or panicked by the possibility of losing any of the often meager incomes they already make on royalties through the free dissemination of their books. Others are grateful for the publicity, or believe that what’s really important is that their books are out there making a difference. Still others are grateful for the access, as there’s an argument that CDL is actually positive for nonfiction authorship. Because what if you can’t access library books from your home? What if you have to pay for every book you need for research and no libraries are lending it and it’s out-of-print? In these situations, the Internet Archive can be seen as a godsend.

My colleague at Publishers Weekly, Andrew Albanese, has been covering copyright, e-books, legal issues in the book business and libraries for decades, and the way he sees it, this whole issue is simply one of a failure to find a middle ground. “The library e-book market as it’s currently set up is designed to protect publishers’ print market, first and foremost,” he says. “Libraries can buy a print copy, or an expensive, temporary license to a real e-book that’s designed to function like a print book. But, as the IA claims, many of the scans in the IA’s Open Library are out-of-print 20th century works that don’t have commercial e-book editions available and likely won’t ever get commercial e-book editions because there is either no market for them, or, over decades of mouldering on shelves, the status or ownership of the the copyright has come into question.”

“The easiest solution, it seems to me,” he continues, “would be for publishers to sell libraries PDFs, individually or bundled with print books. Libraries don’t want to spend their limited funds scanning and hosting old books. But they want to preserve their collections. I fail to see how selling PDF copies of print books would seriously threaten the market for either print book or a real e-book.”

It all boils down, in Albanese’s view, to a failure in the current market. “It’s 2020, almost 13 years after the Kindle launched, and publishers still won’t sell e-books to libraries at reasonable rates — or to consumers for that matter,” he says. “If you go to Amazon right now, you can easily find a new hardcover selling for less than its e-book counterpart. And you can probably find a used version of that hardcover for even less, for which the author and publisher earn nothing. To the extent that digital piracy is a problem for publishers today, it isn’t so much because people are thieves, but because the market doesn’t make sense to consumers. A month’s subscription to Netflix costs less than a single e-book. And virtually every song one could want is now available via streaming services like Spotify.”

Until publishers more fully embrace the digital market, attempts to enforce complex copyright compliance, Albanese says, are misplaced. “For enforcement to be effective, you first have to think through why people aren’t obeying the law in the first place,” he explains. “You don’t start with enforcement. You start with a healthy market. If I, as a consumer, can get whatever I want, pay a fair price for it and get it whenever and in the format I want, I’m going to be much more understanding when people have to enforce their rights against people who are trying to free ride or engage in bad behavior. And once you have a healthy market, you’re going to find that people will pay, obey the law, and most importantly, respect the law when enforcement is needed.”

Some of this strife could yet be settled in court, where controlled digital lending as a concept has never been tested. But neither party actually wants it to be tested in court, because the risk of a ruling against their position is too high for both of them. What each sides does want is to have their concerns heard out in any potential reform of the Digital Millennium Copyright Act, in the hopes that Congress will take up their cause. At present, Republican Senator Thom Tillis and Democractic Senator Chris Coons are currently holding a series of hearings on what that reform might look like, in the hopes of releasing the draft text of a reform bill by the end of the year. One thing this reform is now likely to take up is the National Emergency Library, which Tillis has already expressed reservations about.

Regardless, if the Internet Archive are book pirates, they’re a pretty benign sort as far as the consumer is concerned. Professional book pirates of the kind running websites like ebook.bike or enticing readers to their blogs with advertisements of free e-books are mostly data pirates in all actuality, with the e-book serving as a lure for unsuspecting readers just excited to find a free read, only to find their data hoovered up, and who can count themselves lucky if they escape without an internet virus.

Of all the varieties of unsanctioned e-book distribution publishers call piracy, this is the one where the jolly roger can be seen from a mile away. 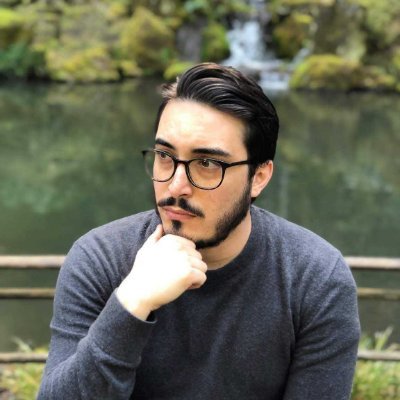 John Maher is an editor at Publishers Weekly and The Dot and Line, which he co-founded. He has written for New York magazine, the Los Angeles Times and Pacific Standard, among others.