‘Bloody Nose, Empty Pockets’ Pours One Out for a Beloved Dive Bar

One of my favorite festivals is True/False, an annual four-day celebration of documentary filmmaking. But as the fest’s name suggests, the organizers like to program movies that push against the notion of what “nonfiction” means. Most of the slate consists of traditional documentaries — films with talking-head interviews, stories about real people or actual events — but there are always a few wild cards thrown into the mix every year. Maybe they’ll include a feature film (like American Animals) that incorporates nonfiction elements, or a documentary (like Stories We Tell) that fakes some of its archival footage as part of its overall design.

In each case, the festival’s point is the same: Nonfiction films can be as “real” as reality television — in other words, not very real at all — in the pursuit of a higher truth. Breaking the rules of what constitutes a documentary, innovative directors are challenging what we consider “real,” creating a hybrid of fiction and nonfiction tropes that keeps us on our toes while asking us to question what we accept as “true.”

The superb new film Bloody Nose, Empty Pockets was an ideal selection for this year’s True/False because it violates the tenets of what many would consider a “proper” documentary. On one level, the movie is a scam. But on a far more profound level, this hybrid documentary is endlessly thought-provoking and surprisingly moving. Directors Bill and Turner Ross aren’t fooling the audience as much as they’re bending the idea of nonfiction filmmaking to get at something real: how people find community and try to hold onto it.

When Bloody Nose premiered at Sundance, the festival description was a bit cagey. Supposedly, the Ross brothers (who had previously made the documentaries Tchoupitoulas and Contemporary Color) were filming the final day of a Vegas dive bar called the Roaring 20’s, their cameras serving as a fly on the wall as loyal patrons came in for one last drink and a bit of camaraderie. But after Bloody Nose’s premiere, the filmmakers revealed that the whole thing was staged: The bar was actually a space in their hometown of New Orleans, and they cast nonprofessionals to play out the scenario that this watering hole was going away, shooting over a couple of days.

The Ross brothers never intended to fool people — they were surprised when Sundance programmers, knowing how the film was made, petitioned them to put it in the documentary section anyway — and so it’s not a spoiler if viewers know the “twist,” which is never acknowledged in the movie. If anything, having that information allows you to more fully appreciate the Ross brothers’ strategy and objectives. Picking people they’d met at bars or through casting sessions — one of the film’s 22 patrons just happened to be a former local actor — and then asking them to be themselves when the cameras started rolling, the filmmakers sought to craft an ideal sendoff for a fabled bar, occasionally introducing new scenarios and patrons for the ensemble to respond to. The actual situation is fabricated, but the idea of a neighborhood tavern, populated with drunken regulars, is very, very real.

As such, Bloody Nose is a fascinating social experiment: part therapy session, part make-believe, part societal snapshot. The movie was shot shortly after Donald Trump’s election, and there’s a subtle (and sometimes not-so-subtle) hint of encroaching doom hovering over the proceedings. (We see images from A Night to Remember, a 1958 drama about the Titanic, on the TV in the corner of the bar.) “Regulars” shuffle into Roaring 20’s over a span of hours, and there are no title cards or interviews to identify who is who. Like a Robert Altman movie, where the characters simply show up and do their thing, sans introduction, Bloody Nose invites us to figure out who these people are through snatches of conversation and behavior.

There’s Pam, who wants everyone to know she’s got great tits for a 60-year-old — she happily flashes them at another patron for his inspection. Michael is the actor, an older man with many regrets. John is a burly guy from Australia. Pete’s a hopeless flirt. Morning turns to afternoon, which turns to night. People get drunker and more affectionate and, occasionally, more argumentative. This could be any night at Roaring 20’s, except it’s the final night. 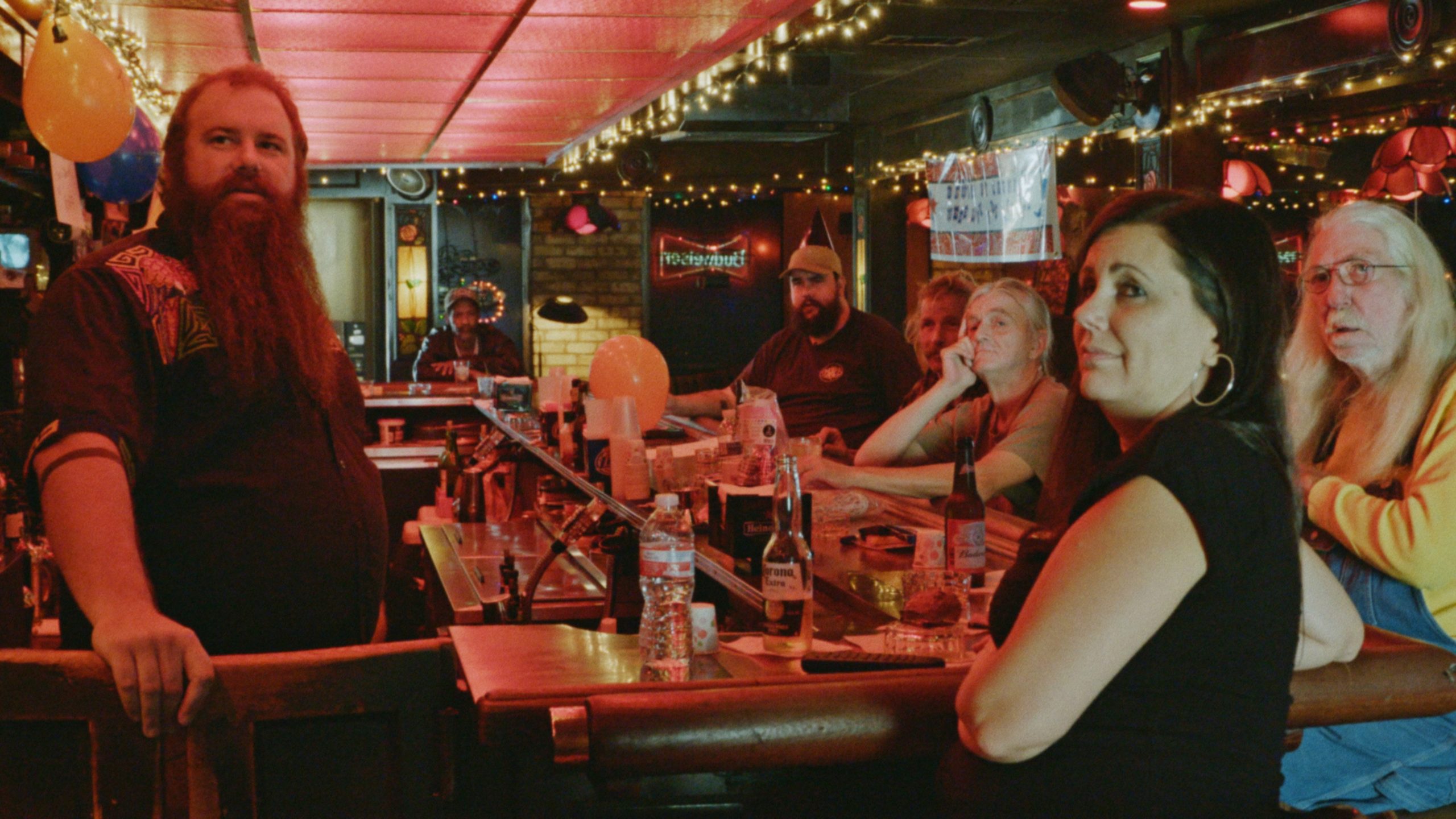 I imagine some might be frustrated by Bloody Nose’s faux-nonfiction framing. If you didn’t know better, you’d assume this was a cinéma vérité-style documentary with the Ross brothers operating the cameras. (We see their reflection on occasion in the mirror behind the bar.) So why not just make a conventional documentary about the closing of a popular hangout spot?

Because the directors are after something that transcends a literal representation of a recognizable event — they’re trying to encapsulate what is universal about the experience by crafting a platonic ideal of that scenario.

This isn’t the first time that the Ross brothers have experimented with hybrid documentaries. Their 2012 film Tchoupitoulas, about three boys journeying across New Orleans at night, wasn’t a straight representation of their evening but, rather, a constructed narrative built out of the boys’ experience. If that’s, in some nitpicky sense, “cheating,” the movie was nonetheless a ravishing, impressionistic work, suggesting the wonder and possibility of exploring a big city after dark.

Likewise, Bloody Nose creates an unpredictable environment where lucky accidents can occur. Not much “happens” in the film, but its collection of individuals and interactions produce the cumulative happy, foggy buzz that comes from a night out drinking with your best buddies. The Ross brothers have said that they rewatched Cheers for inspiration, and what perhaps emerges strongest from Bloody Nose is the undeniable allure of a home away from home. At one point, one man tells another that he thinks of these people as family. The other man doesn’t want to hear such maudlin clichés, but the first man insists it’s true — he hates his actual family, but he loves these people. And because the movie is such an immersive experience — there’s not much room to maneuver once the place gets packed — we soon feel like we’re part of that family, gradually realizing that the fun times are about to end. 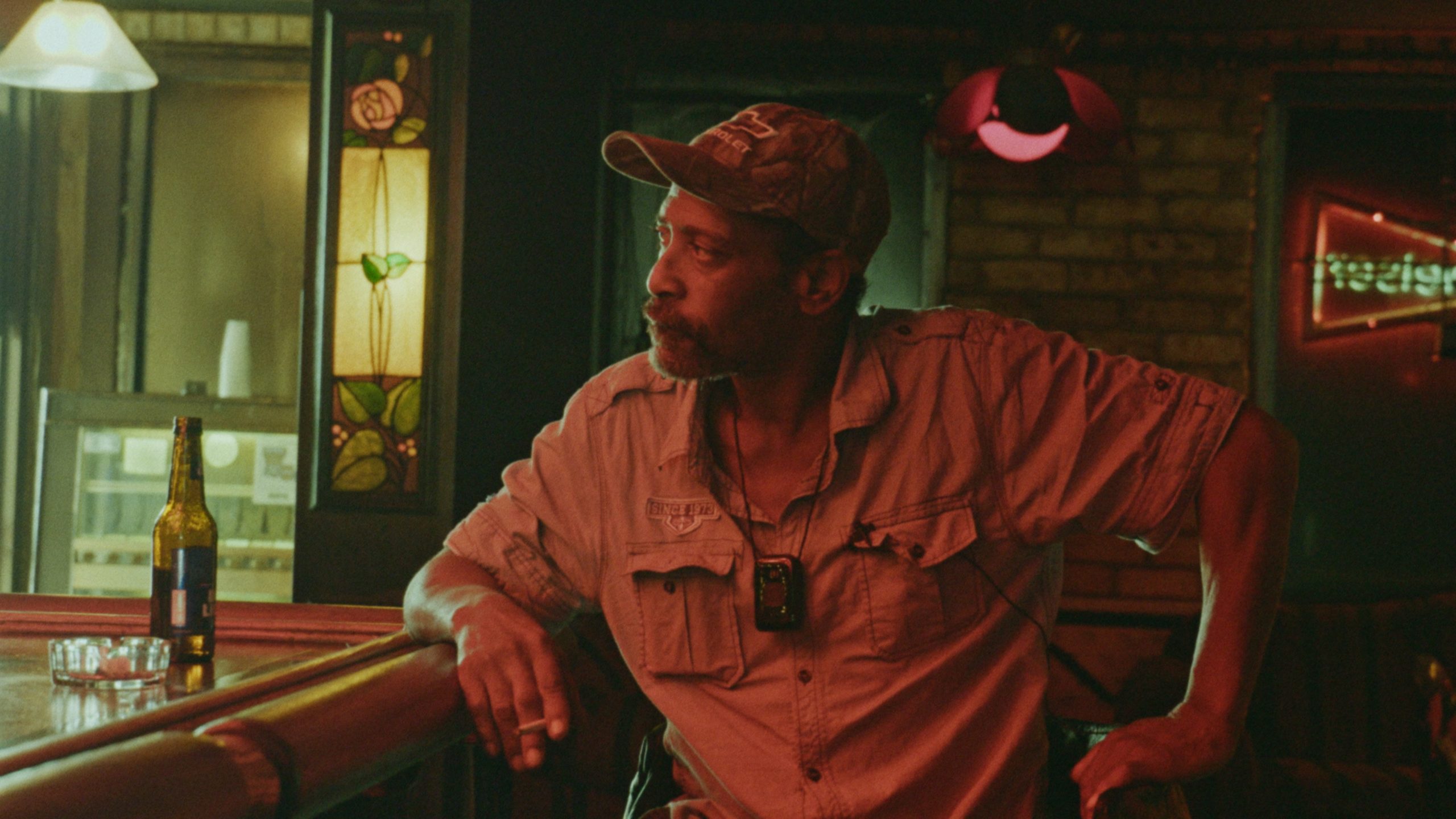 Because the cast members are essentially “playing” themselves, what flows throughout Bloody Nose are unrehearsed chats in which these people, maybe even to their own surprise, reveal intimate parts of themselves. The same thing happens when you and your pals get a few drinks in you — it’s amazing what confessions and emotions come pouring out. One guy passionately defends Trump. The bartender complains about her unmotivated son. A few fights nearly break out because one cocky young guy seems to have shown up just to start shit. People clumsily but joyously dance to Michael Jackson. Tears are shed. The whole premise is made up, but the individuals treat it as authentic, and maybe because they’re in a staged framework they feel safe enough to open up in certain ways. The line between fiction and nonfiction may be blurry, but what’s clear is you don’t see any acting going on.

If you can meet this experiment halfway — be willing to accept its artifice but also engage with the genuine sentiments that magically arise — Bloody Nose is an unexpectedly poignant exploration of friendship, uncertainty and loss. But it’s also about the parts of ourselves that come out when we’re truly unguarded.

A few years ago, I attended an immersive theater show, all set in a house over one night in the late 1970s. When I got there, I wasn’t sure what my role was supposed to be: Should I be me, the me that might have existed 45 years ago, or some fictional character? What I discovered was that I ended up being a little bit of all three. It was me but not me — maybe an enhanced or alternate version of myself. Some of the conversations I had that night I’ve never had before or since — I felt liberated from who I think I am and explored parts of me that never get expressed.

Often, I think about that version of me: Was I pretending or was I finally, truly being me? Bloody Nose, Empty Pockets is alive with these questions. Sure, fine, it’s not “technically” a documentary. But there’s not a single false moment in it.