Though Mike Greenblatt and his good friend Neil had never been to a music festival before, they knew they had to be prepared for Woodstock. And so, the two 18-year-olds packed their car full of camping supplies, water, books, clothes, soap and sandwiches made by Greenblatt’s mom. “We intended to spend four days camping,” Greenblatt, now a music journalist who’s written a book about Woodstock, tells me. “But once we hitched a ride to where the stage was, we realized how far away we were from the car.” 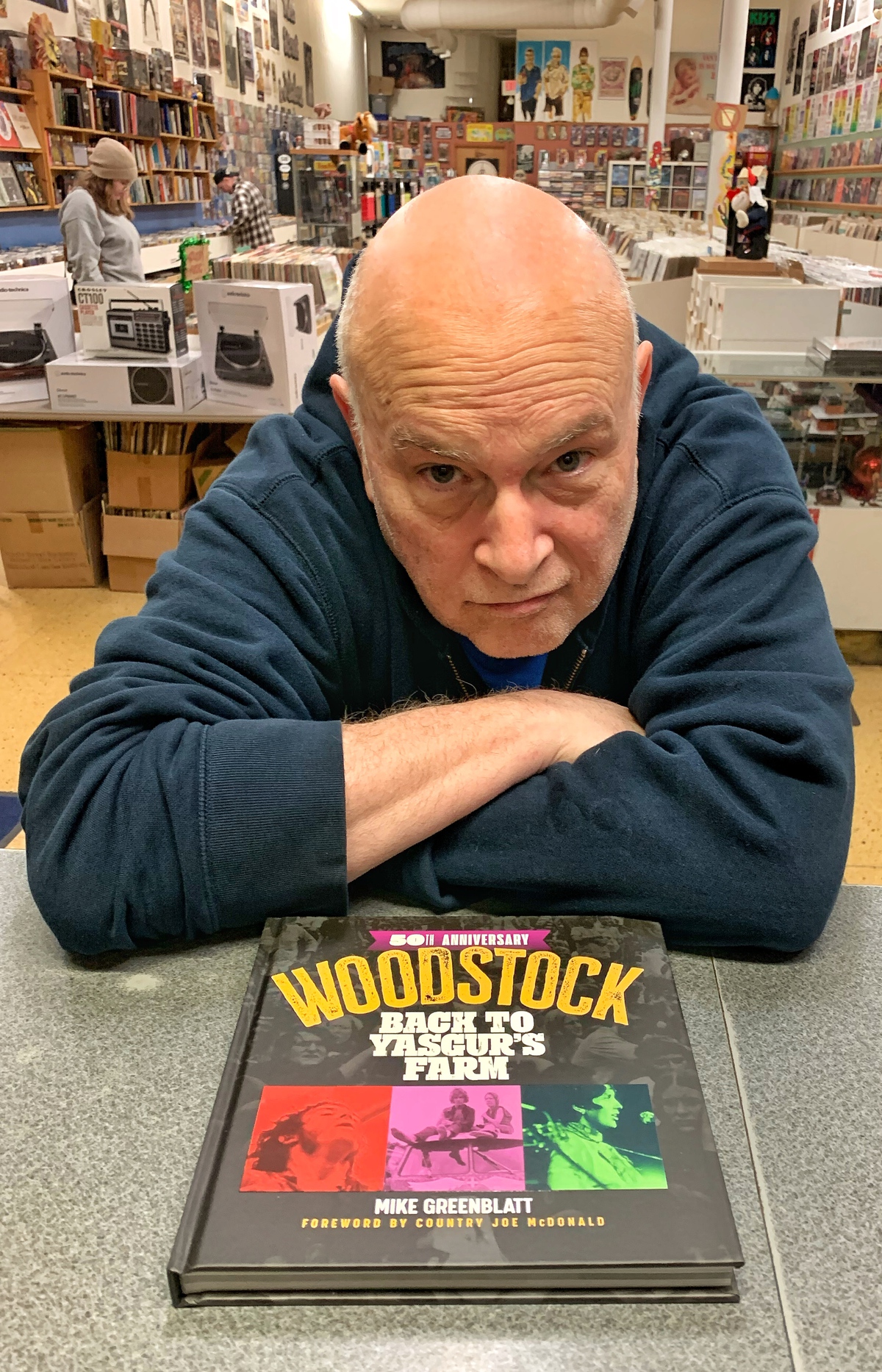 “Suffice to say, we didn’t make it back to the car for four days,” he continues. “We had no water, no food, no tent, no sleeping bags, no towels, no toothbrush or toothpaste or soap,” he says. “We didn’t even know where the damn car was!”

By the last day of the festival, you might expect the pair to be dead tired and ready to head home. But that morning, Greenblatt was approached by a woman who offered him bread and a little brown pill. The latter turned out to be Woodstock’s infamous “brown acid,” which like many things about that fateful weekend on a hog farm in 1969, holds a special place in hippie lore. “And that’s where things started to get weird,” Greenblatt says.

So weird, in fact, that I’ll let him tell the rest.

It wasn’t the first time I’d done acid. We used to gobble acid and drive to New York City and go to the Fillmore. But the brown acid was given to me by an older woman — well, to 18-year-old me, she seemed old; she was probably in her 40s. Anyway, she came up and gave me a loaf of bread because I was hungry, and some acid.

It wasn’t, though, what they called “blotter acid,” which is a piece of paper that you chew. It was a brown pill, and I took it later that morning. Thursday, Friday and Saturday were all pretty mellow for me — I got stoned those three days, but I hadn’t tripped at all. It was only when that woman gave me the acid that it turned into a fucking carnival.

Right after I took it, Neil turned to me and goes, “I’m gonna find a phone booth to call our moms and tell them that we’re all right.” The news was saying Woodstock was declared a disaster area, that there wasn’t enough food or water and that it was all mud. Basically, that it was a total clusterfuck. But Neil and I were having a wonderful time! So I just said, “Yeah, good idea, and can you have your mom call my mom, please?”

Neil sauntered off, and I’m in our usual spot, waiting for Joe Cocker, when the brown acid starts hitting.

I thought Joe Cocker was the greatest thing I’d ever seen in my life. Especially because it seemed like he wouldn’t end his song “With a Little Help From My Friends,” until every single person at Woodstock stood up and gave him a standing ovation. Of course, my time was a little altered, but it felt like that lasted for six hours.

At the end of his set, I was peaking, and it was awesome. I remember thinking, This is the strongest fucking acid I’ve ever taken in my life. But then, everything went black, like it was the middle of the night. I’m like, “What the fuck is this?” I thought I was hallucinating. Everybody was pointing up to the sky. Then they made an announcement about stopping the concert. This big storm was coming through. “Hold on to your neighbor,” they told us.

But I don’t have a neighbor, I thought. Neil was gone, and I started to panic. My heart began beating, and I had to go to the bathroom. Suddenly, I felt like I was surrounded by new people who weren’t as friendly as the people there before. They were sort of looking down their nose at me, like they were fresh in from the suburbs, well-dressed and all this. And there I was in the same shorts and T-shirt for three days. I hadn’t brushed my teeth, and I felt like a scumbag. The bread was gone, too, because I’d scarfed it down in about five minutes. Who are all these new people? I thought. And why is everybody being so standoffish?

Then their faces started melting off, and it wasn’t fun anymore.

I couldn’t leave because Neil would never find me again. Our spot was next to this couple that had planted a big flag right in front of the stage with a peace sign on it, and we used that flag to find where we were, so I didn’t want to leave.

The monsoon came next. And boy, was it a monsoon. It was horrible. The mud was up to my ankles. I just stood, and stood some more — alone and wet. Suddenly, though, I was mesmerized. I was a front-row witness to this incredibly carnivalesque, surrealistic, psychedelic 1960s tableau.

Still, I wanted Neil to come back. He was taking forever, and there was no music for three or four hours. I decided to wander around, keeping the flag in sight. These real rough looking dudes, Hells Angels-types, had an industrial-sized can of Chef Boyardee ravioli. They were doling it out with a big wooden spoon to a huge line of hippies, all waiting to eat from that same spoon. So I got some of that. I actually went back for seconds!

That’s right around when Chip Monck came on the PA and said, “Uhh, to get back to the warning that I’ve received, you might take it with however many grains of salt as you wish, but that brown acid that’s circulating around us is, uh, not specifically too good. It’s suggested that you do stay away from that.”

Oh no…, I’ll never forget thinking, I just took it!

The reason they made the announcement was that they had these medical tents, and people were complaining about bad trips. Eventually, the medical team was getting overrun with people who thought they were on a bad trip, and they felt they needed to make an announcement. I can only speak for myself, however, and it was wonderful for me.

Finally, Neil came back. I was freezing. The rain had stopped, but I was still in my shorts and a T-shirt. It was unusually cold for August after the rain, and I was shivering, hungry, thirsty and still had to go to the bathroom. Neil, who stayed straight the whole weekend — what a sport he was — kept saying, “Let’s get the fuck out of here!” But I’d say, “No! We can’t leave before Johnny Winter!”

Then it’s like two o’clock in the morning Sunday night/Monday morning. We wanted to see Jimmy Hendrix, but we just couldn’t. I kept saying, “We gotta stay for Hendrix,” but we physically and mentally couldn’t stay any longer. We just couldn’t do it. Truthfully, nobody stayed for Hendrix. Hendrix played at like 10 o’clock in the morning the Monday after the festival was over to a sea of garbage — maybe 20,000 people were left, spread out over a few miles so it looked like nobody was there.

Now, though, it was the middle of night, and we had to find the car we lost four days ago. Also, I was still tripping. We kept asking people where the parking lot was, and everyone was saying, “Follow the lights.” So we did, through the woods where the promoters put up Christmas lights to mark the way toward the parking lot, where somehow, miraculously, we found my car. 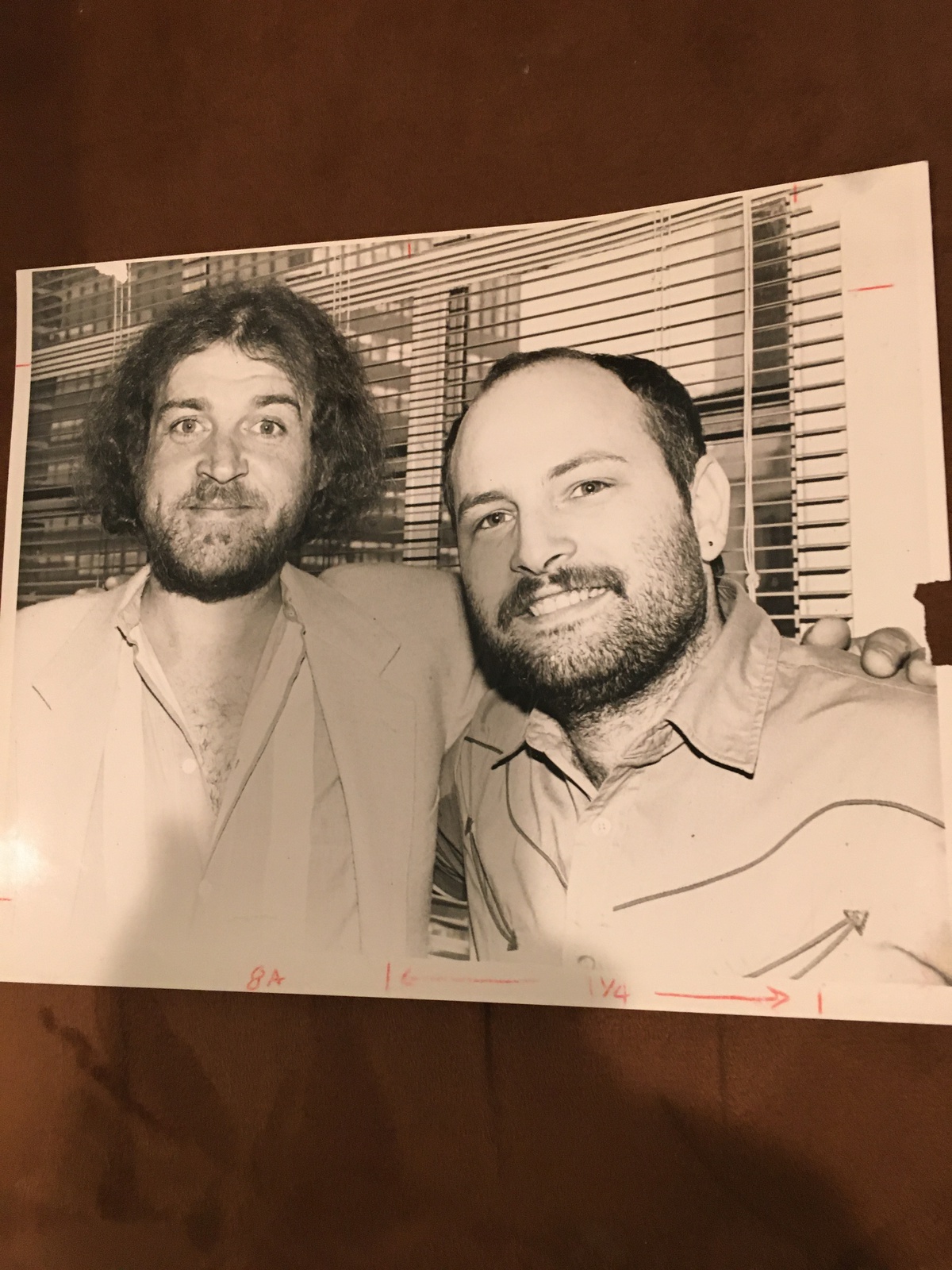 One of the great moments of my life — finding that car. I still think about it 50 years later. When we opened it up, it was like manna from heaven. There were all the sandwiches, the water, towels, fresh clothes. I even had to roll one more joint and smoke it. But then I realized, I can’t drive — I’m still tripping after nearly 24 hours. Neil rolled his eyes, but the good sport that he was, he drove us to a rest area where we slept.

The next morning, after dropping Neil off, I sauntered up to my door and started to put the key in, only to have my mother swing the door open, clutch me to her bosom and cry.