Why Nazis Loved the Queer Masculinity of Wagner’s Operas

One of history’s most famous composers had his sexually subversive work borrowed by... fascists?

In the late 1800s, the painter Paul von Joukowsky, a set and costume designer for the first production of Richard Wagner’s final opera Parsifal, often hung out with the composer and his wife Cosima with his male lover, a Neapolitan singer, in tow. Cosima defined the relationship as “silly,” but Wagner didn’t share his wife’s view. “It is something for which I have understanding but no inclination,” he said. “In any case, with all relationships what matters most is what we ourselves put into them.”

This is a surprising display of open-mindedness, coming from a personality whose music and legacy we tend to associate with more martial aspects of life. The iconic “Ride of the Valkyrie” became closely tied to German imperialism and American militarism, having been used as the soundtrack of Apocalypse Now and even played to American troops when they attacked Fallujah in 2004. Then, of course, Wagner’s ideas were largely co-opted by Nazis, from the Teutonic myth to his deplorable opinion of the Jews, which has cast a shadow on the perception of him since the end of World War II.

Yet, Wagner was quite keen on portraying different expressions of masculinity in his pantheon — the brawny hero; the androgynous, chaste knight; the patriarch obsessed with power; the debaucherous repentant.

Wagner was also influential in his era’s discourse on masculinity, gender expression and gay rights. “People at a very early stage started talking about the possible gay subtexts involved in Wagner’s work,” says New Yorker music writer Alex Ross, who recently wrote Wagnerism, a sprawling, awe-inducing 700-page volume exploring the way Wagner influenced a whole world beyond music. At the end of the 19th century, queerness in Wagner’s work had already become a topic, especially in Germany and the nascent gay-rights movements, through publications such as Der Eigene, which preached a sort of hype masculinity, and Magnus Hirschfeld’s Institute for Sexual Science, which articulated that sexuality and gender identity existed on a spectrum and in myriad expressions.

Moreover, the fact that Wagner’s circle was extremely gay friendly, the fact that he entertained a long friendship with the storied homosexual king Ludwig II of Bavaria and that he, himself, delighted in dressing in laces and silk, made him a favorite in queer circles.

Paradoxically, once the Nazis came to power, they mostly latched onto the same aspects of Wagner’s characters that attracted queer audiences, even though they gamely ignored Wagner’s more bohemian lifestyle choices. ‘“It’s an interesting theme, to see how the Wagnerian ideals of masculinity and the eroticizing of masculinity plays into the Nazi aesthetic, which glorified the male body in a particular way,” explains Ross. “Wagner plays a role in that, especially in the iconography that grew around it.” The illustrator Franz Stassen, who was part of the Bayreuth Circle, became a Nazi and his imagery was closely tied to Nazi propaganda; and yet, one can’t deny the homoerotic energy of his illustrations of Wagnerian heroes.

The principal examples lie in Siegfried and Parsifal, the protagonists of their eponymous operas. “I much prefer Siegfried as a person to Parsifal. He’s not such a very good boy,” wrote the playwright Clyde Fitch, a probable lover of Oscar Wilde. “There’s more an air of athletics, football, rowing, and all that about Siegfried, while Parsifal smacks just a little, I think, of the Young Men’s Christian Association.”

Along those lines, Ross was kind enough to guide me through the many ways in which Wagner defined masculinity in his characters. Characters like…

Siegfried, the Athletic and Stupid Boy

Siegfried is the himbo of Wagner’s pantheon. “The opera Siegfried is action-packed, a conventional action-adventure story. It’s fun to watch,” says Ross. “Siegfried runs around, finds a sword, kills a dragon, goes through the ring of fire and awakens the valkyrie Brunhilde.”

Ultimately, though, he isn’t that interesting of a character. An abomination born of incest between the twins Siegmund and Sieglinde, he is raised by a mischievous dwarf named Mime, who is basically a drag act and the embodiment of Jewish stereotypes and claims to a questioning Siegfried, “I am your father / and mother as well.” “In terms of masculine archetype, Siegfried is a boy or young man who is strong and athletic, but he’s not the sharpest tool,” says Ross. “He has this buff-like energy, though, so he presents this young masculine robustness.”

“Siegfried embodied Wagner’s ideals of what was truly masculine and German,” writes Tim Pursell in the delightful 2009 essay “Queer Eyes and Wagnerian Guys: Homoeroticism in the Art of the Third Reich.” “Moreover, the character of Siegfried on the stage would awaken a desire for these same characteristics in the viewer. Wagner insisted that Siegfried’s perfection must be admired because he is the ultraman who would prove irresistible to all who see him.”

While few of Siegfried’s traits can mark him as particularly eroticized, his chiseled, heroic appearance did make him a muse for physique artists: The aforementioned Stassen depicted him bathing in dragon’s blood, but the violence is dwarfed by Siegfried’s muscular back and perfect bubble butt. “It seems to me kind of the beginning of a modern, comic-book archetype of the heroic male body,” says Ross. “The fact that he was a wild man from the woods allows [for Siegfried] to be depicted in states of undress.”

The comic-book-style poses might look silly (cue to: hero brandishing a sword), but in other ways, they turned Siegfried into a sexual object for women and gay men. And for the Nazis, the muscular, chiseled and scantily-clad hero slaying the dragon was a metaphor for Germanic power, even though they favored him looking like a Tom of Finland illustration in the process.

Parsifal starts off as a stupid boy as well — he lives in the woods, and as such, he’s wild and unkempt — but unlike Siegfried, he gradually acquires some depth. “Parsifal starts this journey of learning, and it’s a journey of initiation,” says Ross. “He starts to mature and become wise, so this unregulated, young-male energy is tempered and he turns into this disciplined and chaste figure.” He does get caught up in sexual situations, with flower maidens and the witch Kundry. “But he stands back,” Ross explains. “He resists temptation that the evil sorcerer throws his way. He’s absolutely chaste and emerges at the end of Parsifal as this sort of ideal.”

“Then,” Ross continues, “the fact that he becomes the chief of an all-male order creates this potentially homoerotic foundation.” To that end, in illustrations, he’s twinkish or vaguely feminine in appearance.

For Nazis, Parsifal was “a problem.” “He isn’t a warlike character; his journey is to learn compassion, that’s the key to his wisdom,” explains Ross, noting that compassion, when the war started, was discouraged from warriors. Yet, the fact that Parsifal was virtuous made him a good role model for Nazi youth. “We have to ignore this part about compassion [was the general stance],” Ross says.

Tristan, the Embodiment of Desire

Tannhäuser, of the opera of the same name, is a knight and poet who has spent a year in Venusberg, the kingdom of the Medieval Venus, the equivalent of, say, a fairy realm or a garden of earthly delights. He’s the classic case of a man torn between the sensual and sexual (embodied by Venus) and the higher, purer form of love (embodied by the character Elisabeth). He is tempted by a world of abject lust, which he plunges deep into at the beginning of the opera. “That was something that was attractive to late-19th-century figures, who sought to celebrate such a state of unrestrained sensuality,” says Ross.

The Venusberg sequence is an orgiastic spectacle that was revered among audiences and praised by Baudelaire in his 1861 essay on Wagner. Interestingly, Oscar Wilde talks about Tannhäuser as well: He sees Venusberg as the metaphor for gay desire, yet it also highlights the danger of a lack of inhibition. In The Picture of Dorian Gray, the titular character goes to Tannhäuser, and as his soul and portrait begin to decay, Wilde describes the “rapt pleasure” Dorian takes in “seeing in the prelude to that great work of art a presentation of the tragedy of his own soul.”

Lohengrin, the Swan Knight who is Parsifal’s son, is the hero who appears out of nowhere to save the maiden Elsa of Brabant in Lohengrin. He then marries her, but only under the condition that she never ask him where he came from. That’s because he comes from the realm of his father’s all-male order of knights.

And so, it’s easy to give Lohengrin a queer interpretation. “There’s something distinct about him sexually,” says Ross. “He does marry Elsa, but there’s something ultimately unconsummated about their relationship. In the middle of their scene in the bridal chamber, Elsa starts asking too many questions. The idea of a secret identity can be viewed as an allegory for a gay identity.”

In Nazi Germany, though, Lohengrin was as beloved as Siegfried — maybe by Hitler most of all. “Lohengrin, the nameless savior coming from nowhere, is a figure Hitler identified with,” Ross tells me, wrapping up our conversation. “That’s why we see iconography of Hitler dressed as Lohengrin — the knight in shining armor coming to save Germany.” 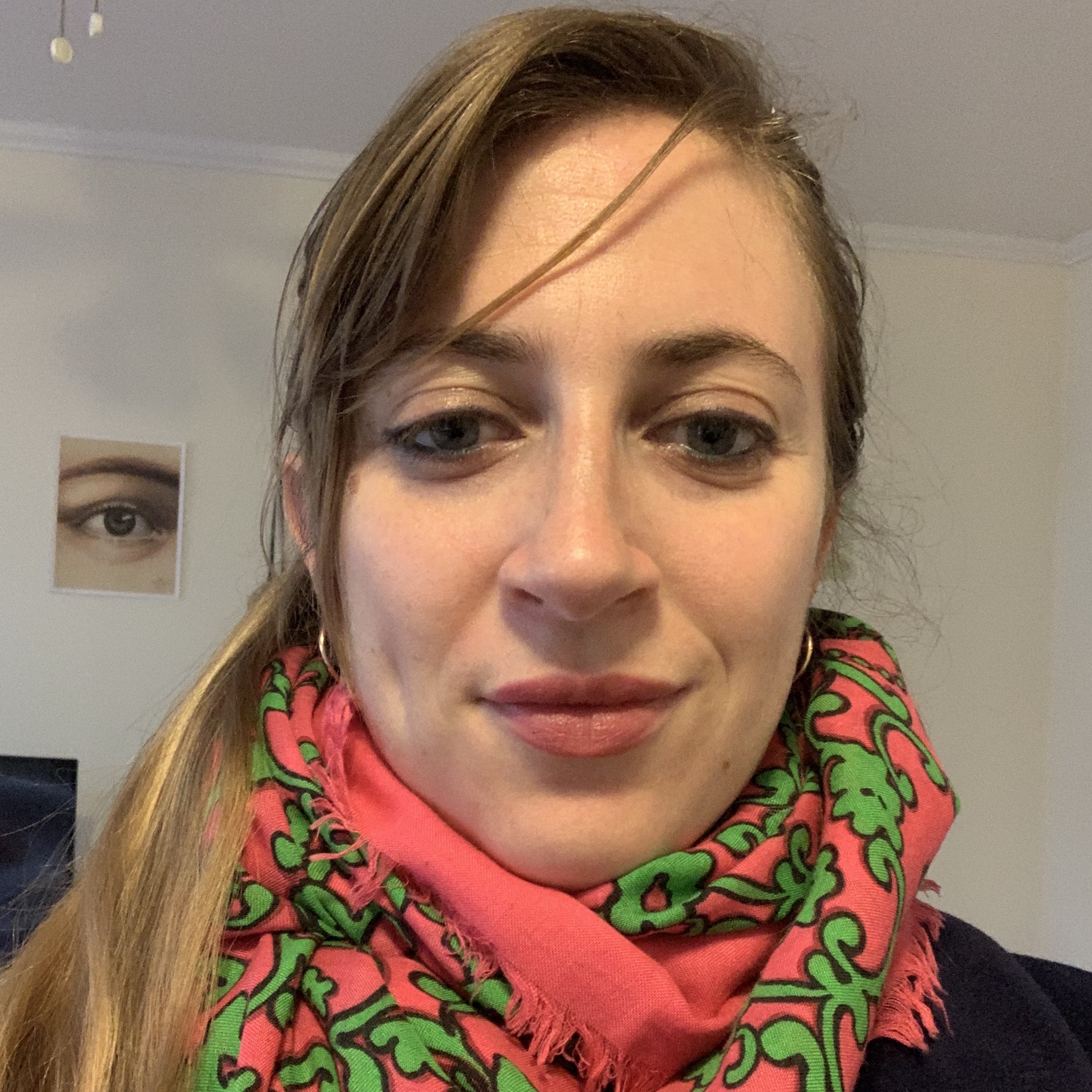 Angelica Frey is a writer and translator from Milan, Italy, currently based in Brooklyn, New York. She mainly writes about the arts — from lowbrow to highbrow. You can read her words in Hyperallergic, Artsy, Garage, Art & Object, the Cut, Lenny Letter, the Awl, the Outline and more. She wants to write a book on Europop and Eurodance. Find out more at angelicafrey.com.