Why Are Male Movie Directors All So Disgustingly Handsome Now?

James Bond director Cary Fukunaga is better-looking than the guy that plays Bond. Has the world turned upside-down?

Of all the weird twists that could happen in the Bond franchise — a film series of which lead actor Daniel Craig has said he’d “rather slash [his] wrists” than still be involved in, adding he “doesn’t give a fuck” about the future of them — nobody could possibly have seen this one coming: the director of the new film, 2020’s No Time To Die, is better-looking than James Bond himself.

Cary Joji Fukunaga, director of the films Sin Nombre, Jane Eyre and Beasts Of No Nation, as well as the first season of True Detective, looks like Superman cosplaying as a male model. His looks haven’t gone unnoticed either — when he won an Emmy for True Detective in 2014, everywhere from BuzzFeed to Bustle to Vulture to Perez Hilton dedicated internet column inches to fanning themselves.

“Cary Fukunaga is definitely more dashing than Daniel Craig,” says Cat, a journalist who interviewed the director last year. “He’s got that casual, mysterious cool about him — that withdrawn, intense genius vibe. The sort who you can imagine thinking really hard in stylish surroundings while wearing a cool chunky cardigan.”

The thing is, though, Fukunaga isn’t alone: At some point, a lot of the men behind Hollywood’s cameras have gotten really good-looking. Look at behind-the-scenes shots from bygone eras of cinema and you’ll see beautiful film stars being given direction by extremely normal dudes. Now, though, it’s increasingly hard to tell the difference between the strapping hunk on screen and the equally strapping hunk calling the shots behind it.

When, though, did the dudes shouting “Cut!” start smoldering?

(A quick disclaimer: Obviously there have always been some handsome men behind the camera, but they’ve mainly been ones who are just as comfortable in front of it — i.e., there’s a tradition of great-looking actor-directors like Robert Redford, Clint Eastwood, all the way up to Ben Affleck and Bradley Cooper. But I’m not talking about them. For this, I’ll try to focus on filmmakers who only have behind-the-scenes roles. Also worth mentioning — there are still plenty of unremarkable-looking fellas making films, too, just… not as many as maybe once there were. Lastly, we’re focusing entirely on men, which is admittedly very reductive — sorry.)

Theory One: Everyone Is Better-Looking Now

Is the average man just more attractive than he once was? It definitely feels like men take better care of their appearances, diets and physiques than a generation or so ago. In the 1980s, if someone with arms like Justice League director Zack Snyder (a man your mother would absolutely leave your father for) got in an elevator with you, you’d simply assume they were a Terminator and that you were about to die. These days, he doesn’t warrant much more than a third or fourth glance. 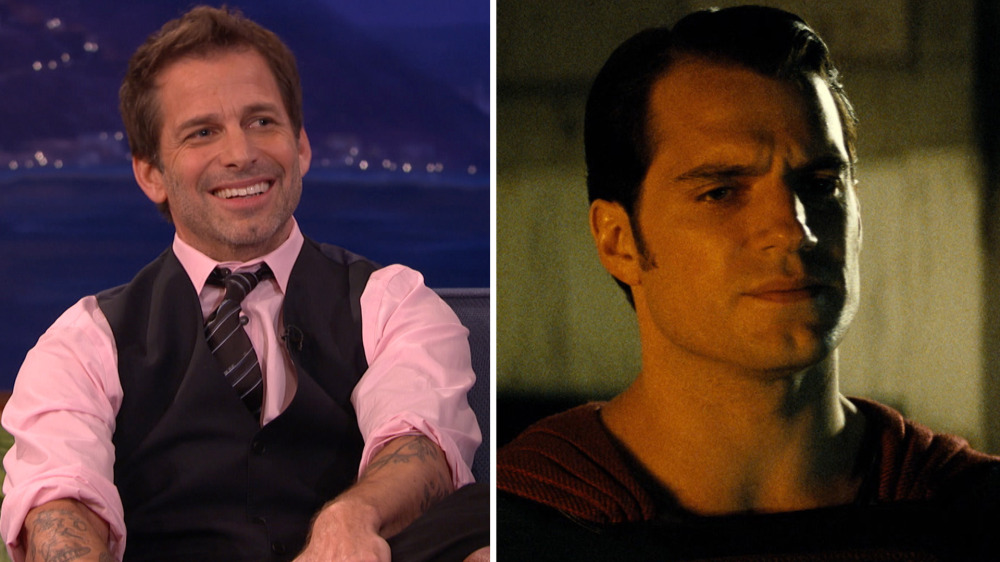 “The culture of keeping fit in both body and mind is much more in the mainstream than it was in the past,” says Peter Williams, founder of British gym chain PureGym. “The gym is no longer a place where only a select group will go day in, day out. It’s now a part of day-to-day life for many more people.” It’s the same with things like skincare — between 1997 and 2010, the amount of money spent on men’s grooming products doubled, and it’s risen even more rapidly since then. “It’s now common for men to integrate skin and beard products into their grooming routines,” says Simon Duffy, founder of Bulldog Skincare. “We’re also seeing rising popularity for increasingly complex regimes, which I think is indicative of the rise of Korean beauty trends.” 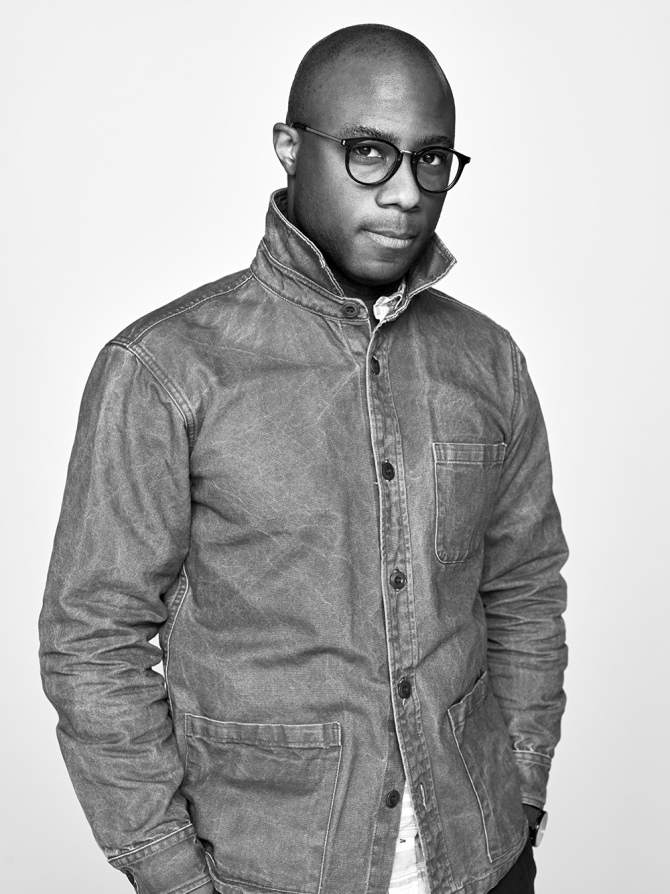 A generation or so ago, loads of men would have scoffed at the idea of owning anything more complex than a bar of soap, let alone paying attention to aforementioned Korean beauty regimes. However, a generation or so ago, loads of men looked like rough shit. We mostly all make an effort now. Is Moonlight director Barry Jenkins’ glowing skin effortless? Did he just happen to come across a wardrobe of outfits that fit and suit him perfectly? Did he luck out with the first glasses frames he tried on looking terrific? Possibly! But, probably not. 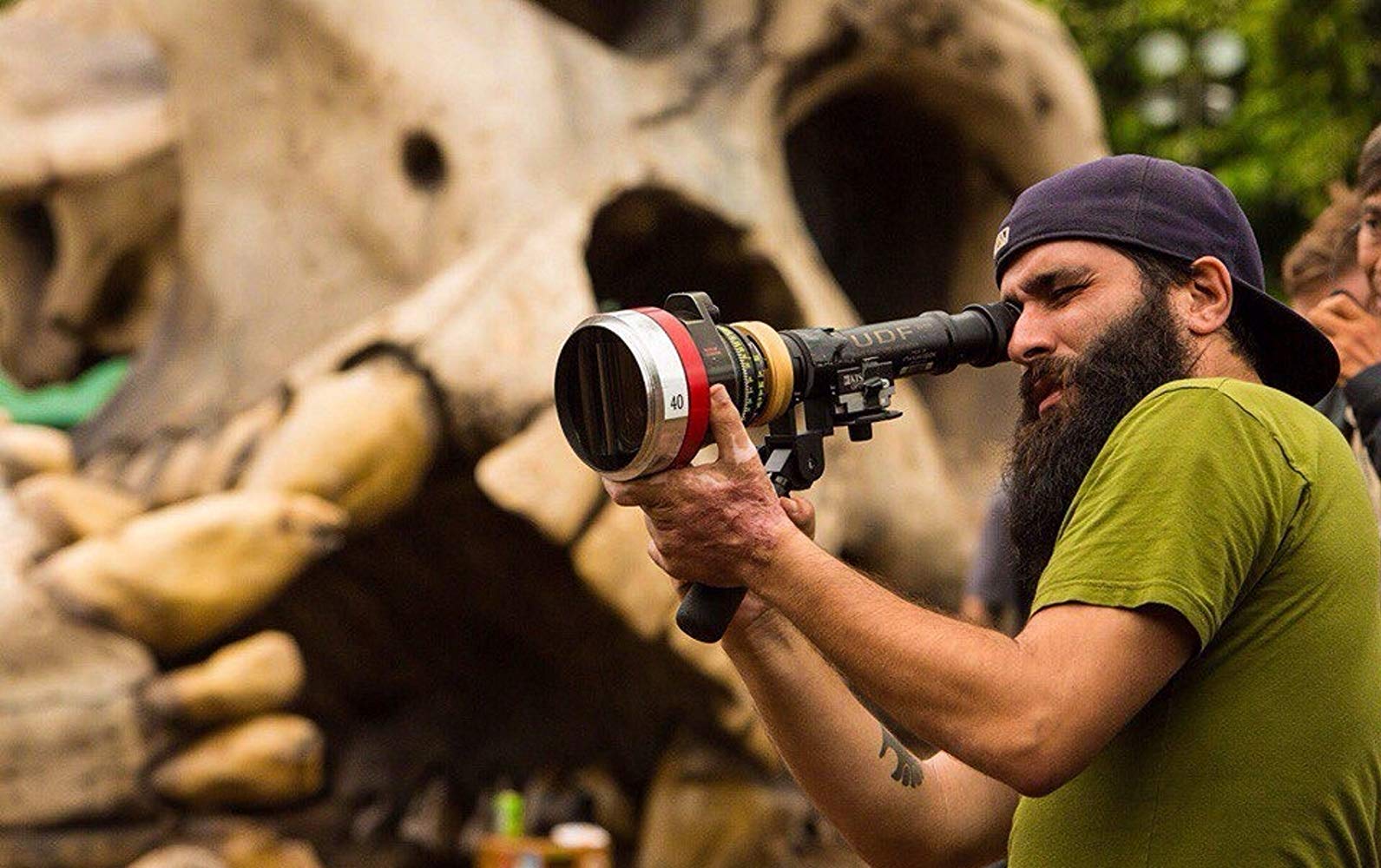 Did Kong: Skull Island’s Jordan Vogt-Roberts accidentally grow a glorious beard that made him look like a poster on a barber’s wall? Did Underworld director Len Wiseman wake up one morning looking with a weird sort of Matchbox Twenty soul patch that admittedly somehow works for him? That shit takes effort! 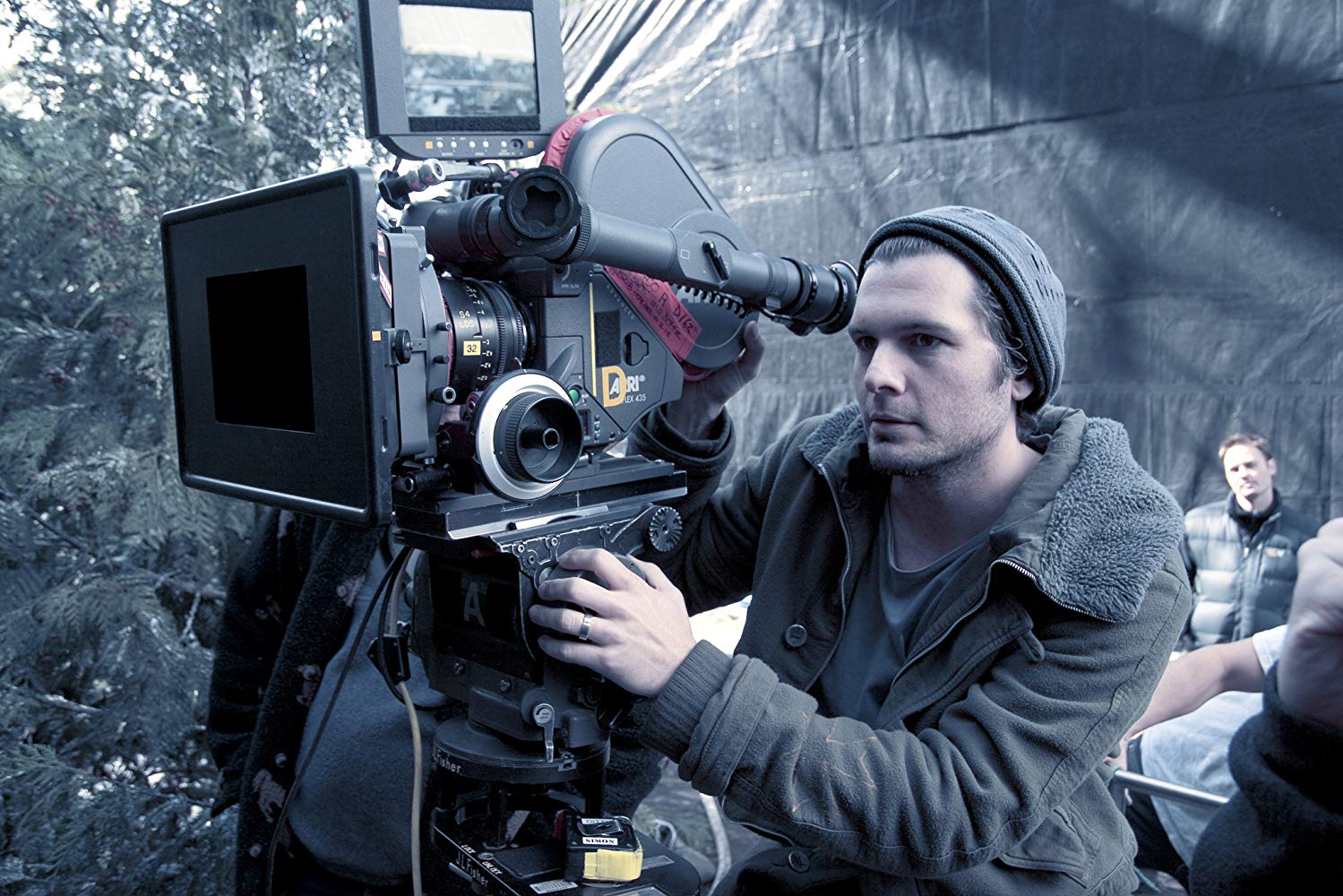 Theory Two: Directors Have to Be More Brand-Conscious

Following on from theory one, everyone takes more care of their appearance now because we’re all brands, not just those of us in the public eye. Think of the corporate world — these days, something like the Windows 95 launch, where a group of millionaires danced like twats while looking like crap, would send stock prices plummeting.

Now, whenever there’s a big Apple launch, there are still a bunch of dorks on stage, but at least their clothes fit them, they’ve had haircuts and they’re aware that they’re on camera.

Directors have been treated as brands for a long time — Alfred Hitchcock Presents, A Spike Lee Joint and so on — but that tended to only really apply to actual realized projects. Now, due to social media, fans can have a much more intimate, ongoing relationship with filmmakers they enjoy.

“People find being a director generally more sexy than they used to,” says culture writer Chris Mandle. “When it came to promoting Netflix’s Maniac last year, GQ did a fashion portfolio and sit down interview with Cary, not Jonah Hill or Emma Stone. That and Greta Gerwig’s ascent are indicative that directors are cool now. They just are. The ‘process’ of making anything is considered edgy and innovative. Kanye West wants to be the creative director of Adidas, not the face of it, because we’re in a culture that values creativity and the virtuousness of ideas. Placing more value in these processes allows directors, or visionaries like Barry Jenkins or Ava DuVernay, to have a platform that we find as interesting as that of an actor. And with that comes interest from brands, fashion labels and corporations, so suddenly Cary Fukunaga sitting on a car wearing a $16,000 Hermes leather jacket feels kind of par for the course.” 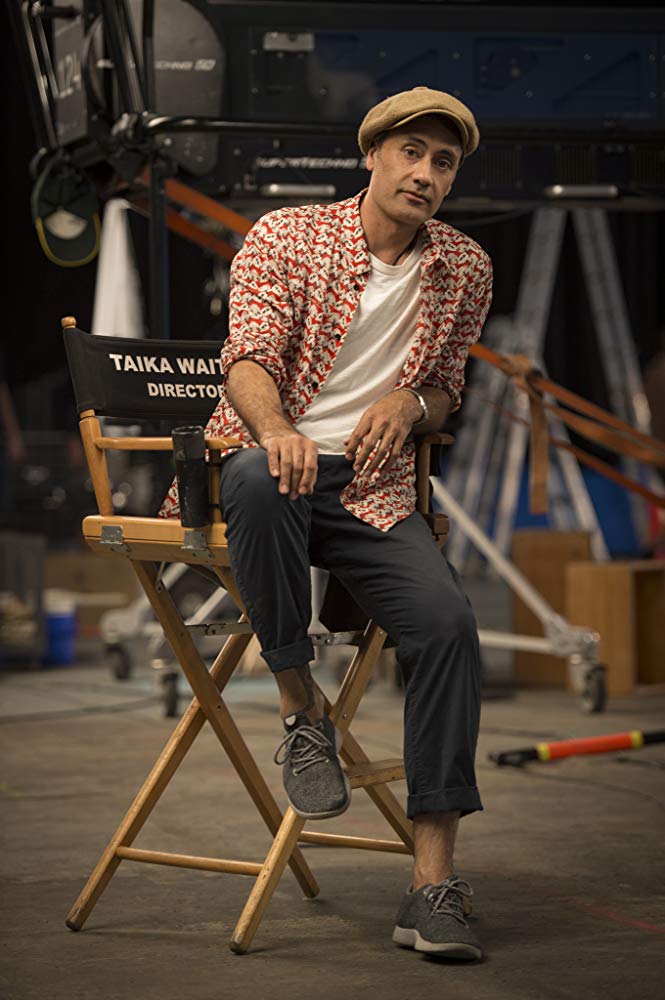 Thor: Ragnarok director Taika Waititi (who, yeah, is also an actor, which sort of goes against my disclaimer, but is generally more renowned as a filmmaker, earning an Oscar nomination for a short film years before being in anything shown outside of New Zealand) obviously owes his success to his talent. But he owes his online adoration — BuzzFeed consistently posts about how hot he is — to really good posts on Twitter and Instagram where he’s consistently handsome, well-dressed and funny. He’s not being approached for big movies just because he’s good at Twitter and lots of people think he’s hot, but it doesn’t exactly hurt his brand either, right?

Stick with me on this one: iPhones and GoPros. Filmmaking technology becoming cheaper has, to an extent, democratized the industry. It used to cost a fortune to make even a short film, because all the equipment had to be hired, the film had to be professionally processed and it was incredibly difficult to get anything out into the world without following a set kind of route. It basically meant, unless you were rich, the way you became a director was by spending a lot of time indoors watching films and reading books about films, working hard in dark editing suites in film schools and paying your dues hunched over in studio mail rooms.

But now that we all have professional-quality cameras in our pockets, and you can edit a movie on an off-the-shelf home computer, people can take potentially less indoors-y, book-learning-y, nerdy routes to filmmaking glory. Last year, Ridley Scott told a BAFTA crowd how much more doable making a film without film school was, saying, “There’s no excuse today: You’ve got a digital camera, you’ve got buddies. You don’t have to have it developed. You can edit in-camera.” 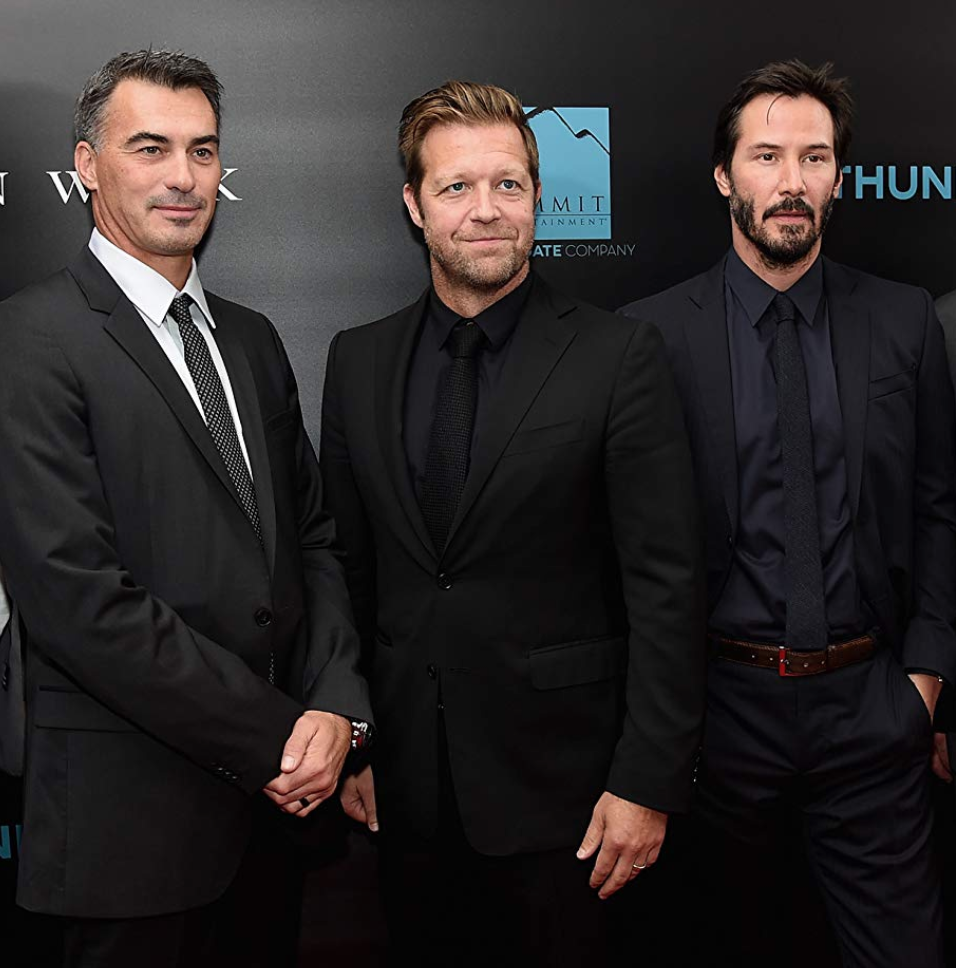 Before getting into filmmaking, Fukunaga was a professional snowboarder. Even if he didn’t have mathematically symmetrical features, he’d likely be in great shape and have a nice tan. Before moving behind the camera, Chad Stahelski and David Leitch (co-directors of the first John Wick, with Stahelski then directing parts two and three while Leitch made Atomic Blonde, Deadpool 2 and Fast & Furious Presents: Hobbs & Shaw) were stunt doubles for Keanu Reeves and Brad Pitt. As well as this obviously meaning they’re big buff motherfuckers, Keanu Reeves couldn’t have an ugly stuntman — even the back of his head is handsome, it wouldn’t work. You also couldn’t spend years on the set of the Matrix films without learning a thing or two about the power of a well-fitted suit, and that can really do half the work.

Even with this theoretical partial leveling of the playing field, it’s hard to get a film made. You still have to persuade powerful, wealthy people to fork over millions of dollars to employ hundreds of people, from set-painters to editors, on a project you’re essentially in charge of.

Consciously or unconsciously, the holders of the purse-strings might be more likely to go with you if you’re handsome. If a stranger is trying to persuade you how great they are — which so much of the process of getting big gigs in Hollywood seems to be — you’re more likely to trust them if they’re good-looking. Handsome dudes earn more, are more likely to be elected and get lighter penalties if prosecuted. Plus, they tend to be more confident, which is in itself attractive — the whole thing perpetuates. If you were Dwayne “The Rock” Johnson, People Magazine’s Sexiest Man Alive™, might you be more up for working with Rawson Marshall Thurber, described by Chernobyl writer Craig Mazin as Hollywood’s best-looking screenwriter, than just some dude? Answer: They’re currently making their third film together. 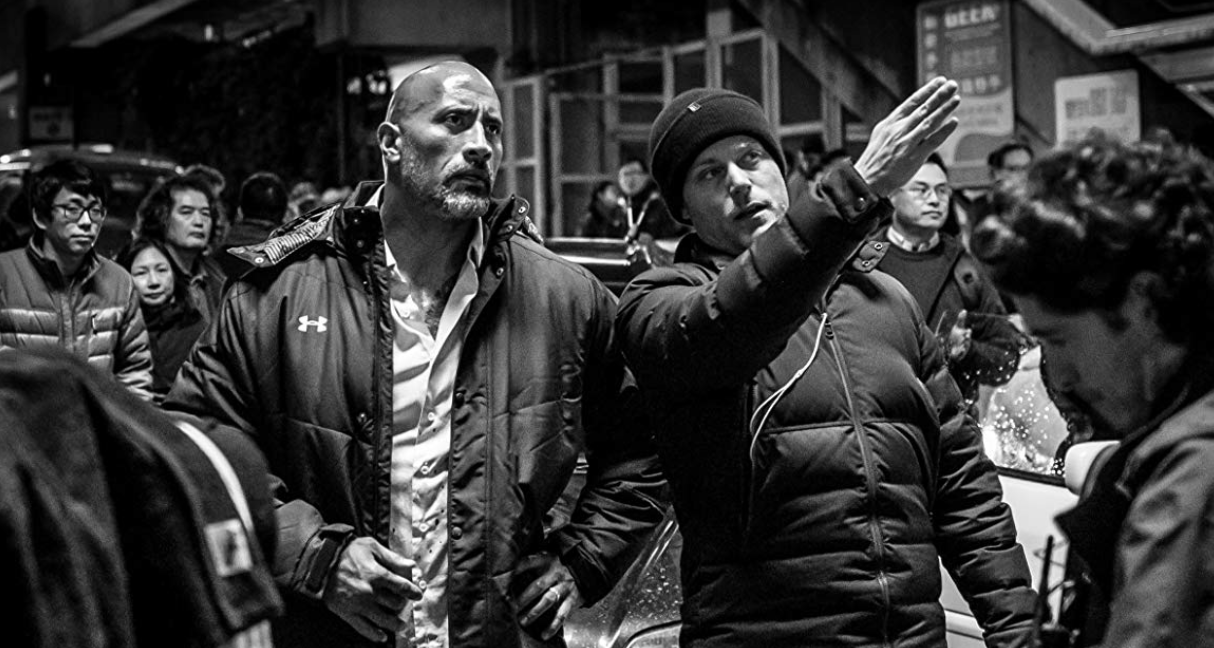 Again, good looks are never going to be a substitute for being good at what you do. But if there are two equally capable directors, and one of them is the kind of guy who was high school football captain and got voted Best Smile and Best Physique in their yearbook — Black Panther director Ryan Coogler, say — that one just might get the gig. 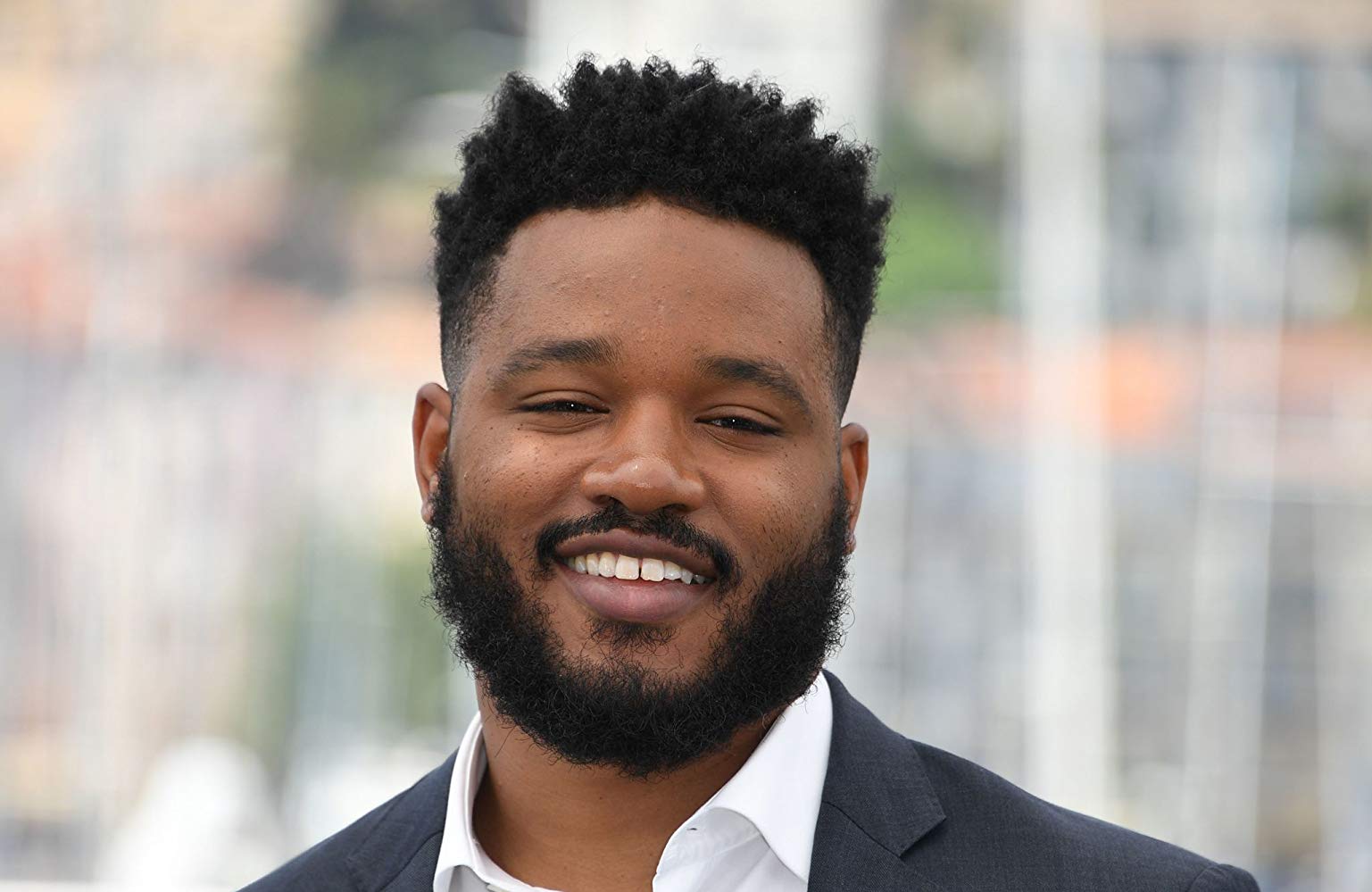 Conclusion: All of the Above

None of this means that homely-looking dudes can’t make it as Hollywood directors — there are still plenty of plain-y-looking fellas waving clapperboards about, and there always will be, because whatever advantages handsomeness might bring pale in comparison to sheer talent. Looking nice on a red carpet is obviously great, but you’ll never get to walk on one if your films are shitty. Whether the next Bond film rules or sucks has nothing to do with its director’s chiseled features, and everything to do with the creativity, passion and imagination he’s sure to bring to the job.

But if Alfred Hitchcock were around today, he might consider hitting the gym.