Who Are the Human Lab Rats Volunteering to Be Injected With Coronavirus in the Name of a Vaccine?

Before the U.K. entered an indefinite period of lockdown on March 23rd, every third or fourth ad served to me on Spotify was the same. It began with a woman singing “we need you” over an upbeat piano melody, strongly encouraging young males like myself to take part in paid medical trials aimed at ending the pandemic.

They certainly knew their audience — at least in my case. Many years ago, I spent two overnight stays at a university hospital in Glasgow, Scotland, alongside similarly “fit,” non-smoking men between the ages of 20 and 40, taking a new form of capsule for delivering arthritis medication. For the princely sum of around $750, I’d show up each night and take the drug at 7 p.m., before having 5 milliliters of my blood taken every 15 minutes and being X-rayed every 30. This only stopped once it was clear the capsule had broken down and the medication had entered my bloodstream.

As tedious and mildly painful as this was, that was as bad as it got, and you steadily adjusted to the rhythm of your medical bed being wheeled from X-ray machine to nurse and back again on a loop.

In our case, though, the drug we were taking was already on the market — they were simply testing a capsule that would delay its uptake into our systems (arthritis pain is worst in the mornings, so they wanted one that could be taken at night and hit after an eight-hour sleep the following morning).

Before any new drug gets to be taken in trials like this, they have to go through three different phases to be granted a product license and go on the market. Phase One looks at how healthy humans respond to a new drug, developed through lab work. Phase Two aims to establish the most effective dose and initial safety checks. Phase Three involves, normally, around a thousand volunteers to establish its safety and efficacy. Depending on the stage and the new drug involved, these trials all pose different risks, which are monitored by the federal government and required to be laid out to the volunteers.

It’s this conveyor belt from testing to market that makes the clinical trial industry worth an estimated $47 billion, but it’s the lab rats weighing these risks against a quick couple hundred bucks that keep it moving. The problem is, shelter-in-place and stay-at-home orders have forced labs to shut down trials that are unable to be picked up again after these closures. It’s a financial pinch that will definitely be felt by some of the 40,000 people who earn up to $10,000 every year for taking part in a single trial (though payments at that top end would usually require stays in testing facilities for at least a month).

Robbin Stewart, 59, from Indianapolis, is one such person. He describes himself as “part of a handful of people who do it professionally,” having relied on clinical trials as his sole source of income for the last 12 years. Despite recognizing that he is introverted by nature, Stewart has managed to make lasting connections with other fellow lab rats. “We bump into each other and sometimes we exchange information,” he tells me. “There were a couple of guys who roomed with me, and we’d go look for studies together and split the cost of travel.”

The drugs that he and the others encounter on these trials are never new, rather, they’re typically pills that are being developed as generic versions of older drugs. “Any time they change any little thing about it, it has to go through the whole testing process again,” Stewart explains, highlighting why there’s so much money sloshing about this industry.

The largest amount Stewart has ever made from a trial is $7,500, but generally, he would make between $2,000 to 3,000 per trial and would aim to do at least five a year. In 2019, he took part in three high-paying trials, but when he began searching for his next one over two months ago, he noticed that opportunities, even within the wide radius he sets, were rapidly drying up.

When Stewart first started looking at making money from studies way back in 2006, he turned to the site Just Another Lab Rat for information on clinical trials and details of recruiters. JALR also hosts a forum where participants gather to share tips and find answers to any medical trials questions they may have (from filing taxes to whether a dental anesthetic would show up positive as a cocaine metabolite during blood tests). All its posters are now reporting the same problems — screenings being cancelled, recruiters no longer calling, entire lab facilities shuttering.

But if all these clinical trials are shutting down, who, then, is working on this desperately-needed coronavirus vaccine?

The National Institute of Health Research currently lists 27 COVID-19 studies taking place across the globe, all of which have had their registration approved. One of the first out of the blocks (publicly, at least) was hVIVO, a British company specializing in viral challenge studies — you may remember them from the news coverage early on in this pandemic, when the press announced they would be paying participants $4,300 to take part in a coronavirus vaccine trial.

Speaking to a member of hVIVO’s recruitment team over the phone, I was told that those stories were getting a bit ahead of themselves in terms of their schedules, but that there was a reason they “had gone rather quiet lately.” In short, many of the doctors and nurses that administer their trials have been redirected to the frontline to help treat those currently ill. They stress, however, that recruitment will most likely be fully underway soon.

To fill the 24 beds in their facilities in East London, they estimate they will need more than 5,000 people to initially apply. If this seems like an incredibly low hit rate from applicants through to participants, it’s because they have to ensure all those who take part are as healthy and strong as possible, to minimize any risks. In practice, this rarely amounts to people hiding illnesses, but it often means “excessive smoking, alcohol and other bits and bobs” are uncovered during blood tests, which follow the initial health questionnaire.

Once making it through the recruitment process, volunteers won’t have to come face to face with the full-blown COVID-19, but rather its younger sibling, which hVivo describes as, “a safer, milder coronavirus which has been circulating in people for a long time.” Once infected with a strand of the virus, volunteers will receive a vaccine developed by the company and be monitored on site for at least a couple of weeks.

It’s hoped the data from these trials can help select products that should be fast-tracked for further testing. Even with this increased speed of research, it’s still expected by some to take at least a year for a vaccine to be developed.

Choosing to be paid to be infected with coronavirus, when we’re currently keeping at least six feet away from anyone to avoid catching it, might seem like an absurd risk, but Stewart sees it differently. He tells me he’s always eager to do trials and that risk isn’t the most important factor for him. “I rarely turn down a study because I don’t like the study design, or the pill’s the wrong color,” he says. “It’s really more about what’s going to work with my schedule and what’s gonna maximize my income.”

That said, there have been times when he’s underestimated how painful being part of a trial may be — one he particularly regrets taking part in was a trial that involved placing a tube down his throat to his lower intestine in order to deliver the drug being tested.

Professional or amateur, whether or not we get a vaccine that allows for a loosening of restrictions will depend on those who weigh these risks and come forward to take part from Phase One right through. Even in these chaotic times, drug development can be sped up through actions like allocating extra resources to lab work on promising products, or bed space on medical trial facilities. But the decades of regulation and monitoring to manage risk and efficacy of drug development, requiring it to be tested on many hundreds, if not thousands, of people before being approved can’t be bypassed.

When it comes to earning an income, for lab-rats as experienced and astute as Stewart, there still may be money to be made without coming in contact with the dreaded coronavirus. He tells me that he’s heard of a clinic that’s looking for people who’ve had coronavirus, and paying a higher than usual amount for their plasma due to the antibodies to the virus they may have developed. This has given him his new plan: “I’m going to try and go out and find some people to participate in that program, and ask for 10 percent as a finder’s fee. I’m not sure if I’m going to be successful, but I’m gonna make some efforts in that direction.” 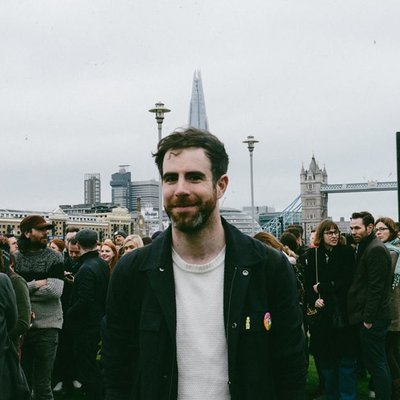 Nic Murray is a researcher and freelance journalist based in London.